Will America’s new nuclear bomb lead to an arms race? 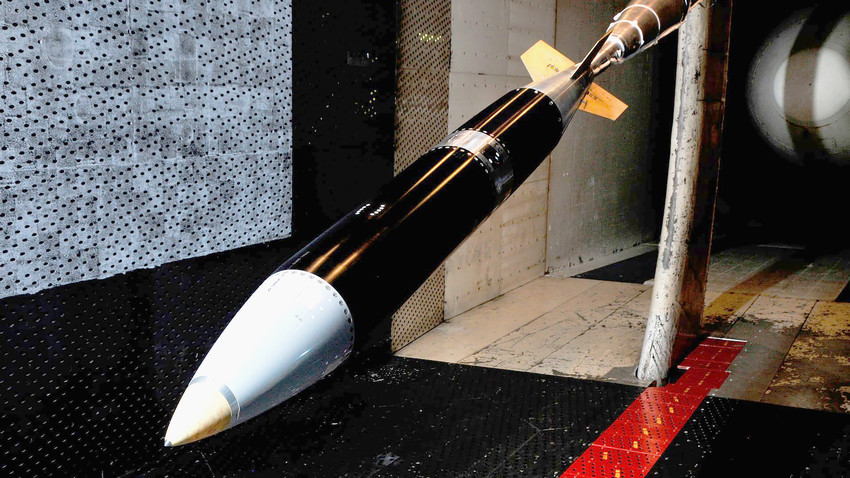 A B61-12 model awaits testing in a wind tunnel at the Arnold Engineering Development Centre in Tennessee.

National Nuclear Security Administration
The Pentagon has developed a devastating upgrade - the B61-12 - that could be the first nuclear weapon used in local conflicts around the world. It could even lead to Russia creating its own analogue.

The U.S. Air Force has carried out successful tests of its latest flying air bomb, the B61-12 . To be more precise, it’s the 12th modification of a nuclear bomb that’s been safeguarding America since the mid-60s.

The new model has two principle innovations - the ability to adjust the yield of the warhead from five to 100 kilotons, and the addition of a high-precision guidance system.

The once unguided free-fall air bomb has been turned into a high-precision weapon that, according to the U.S. military, allows bomber pilots to drop it outside the operating range of any enemy air defense system.

The main novelty of the B61-12 is its maneuverability. The tail section is equipped with navigational equipment, an autopilot, and steerable fins," Professor Vadim Kozyulin from the Academy of Military Sciences told Russia Beyond.

Thanks to this, the bomb no longer has to be “dropped with a parachute system" but the bomber simply has to climb to the highest altitude and drop it - the bomb simply flies autonomously towards the target, changing trajectory as and when.

The first nuclear bombs of the B61-12 class are expected to come into service with the U.S. Air Force no earlier than 2020. This special munition will be carried on the B-2 Spirit and B-21 Raider strategic bombers. The B61-12 bomb is also to be installed on the F-35 fifth-generation fighter. In 2015 it already performed test flights with munitions of this type located in the aircraft's internal weapons compartment.

The first in the queue for rearmament will be the European bases of the U.S. Air Force. So the new bombs will replace the arsenal located at the airfields at Büchel (Rhineland-Palatinate in Germany), Incirlik (Turkey), and Aviano (Italy). 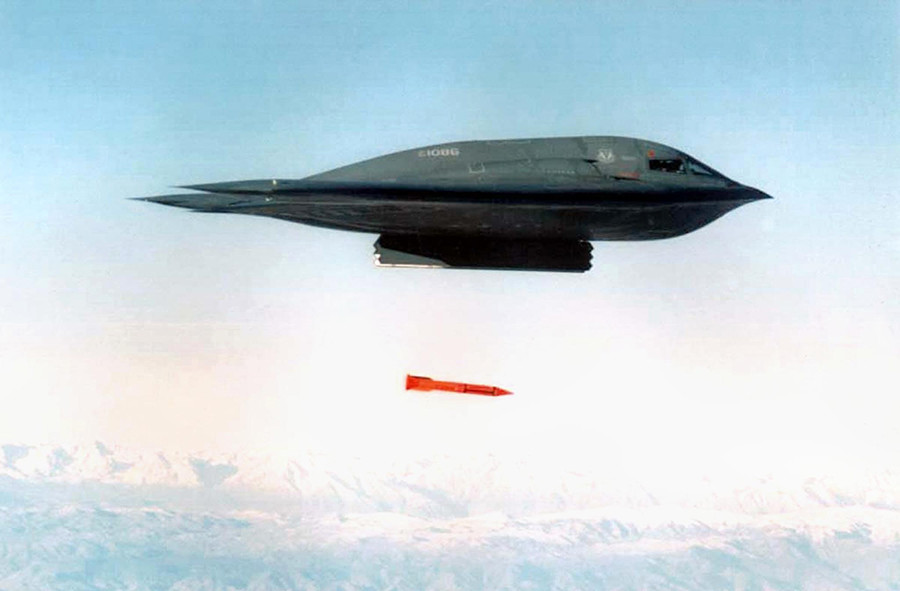 In addition, the key characteristic of the weapon is the possibility of "suspending" it under the wings of the F-35 frontline bomber which in itself is an important game changer in local conflicts of the future.

And the use of this tactical nuclear weapon in local conflicts and wars against militants gives the green light to other nuclear powers to use their low-yield nuclear warheads in Asia, Europe, and anywhere else.

"Nuclear weapons by their very nature are subject to numerous variables. During operation Desert Storm in 1991 the Americans wanted to knock out the whole of Iraq's air defense system by detonating a low-yield nuclear charge in the air and creating an electromagnetic pulse. But the Pentagon calculated that after that Russia would also deploy an electromagnetic bomb in any military conflict, and the military command gave up the idea," according to TASS military analyst Viktor Litovkin.

And this is arousing concern among Russian military experts. They say that the U.S. new nuclear deterrence doctrine allows the military to use tactical nuclear weapons in local wars when they see fit. "This is very dangerous," the expert believes.

He said the U.S. could reduce the yield of the "Mod-12" even further.

"It could be reduced to a minimum level of 300 tons of TNT equivalent. By way of comparison, that would be just two percent of the yield of the bomb dropped on Hiroshima," he noted.

The news that the U.S. has acquired the new bomb has failed to evoke a strong response within the Russian military community - everyone has long known about these tests.

Both countries have reached a point where they need to replace their ageing nuclear systems and preserve nuclear parity. "The deterrent factor of ‘mutual destruction’ helps politicians to act rationally rather than giving way to emotion, as can frequently happen," Kozyulin added.

At the same time, Russia has been engaged in upgrading its nuclear arsenals for a lengthy period of time - we have developed the "nautical" intercontinental nuclear missile Bulava, the "ground-based" Sarmat and also systems that previously could only be imagined in science fiction movies - Burevestnik, a cruise missiles powered by nuclear engines that can fly to their target at supersonic speeds, circling the Earth however many times proves necessary.

"There’s no point in expecting any new political or military steps. The Iskander-M operational-tactical systems are already deployed in Kaliningrad and Crimea and they fully neutralize the threat from U.S. air bases in Europe. In addition, the S-500 Prometey systems capable of knocking out the hypersonic missiles which are only now being developed by foreign armies will see the light of day early in the next decade," Litovkin noted.