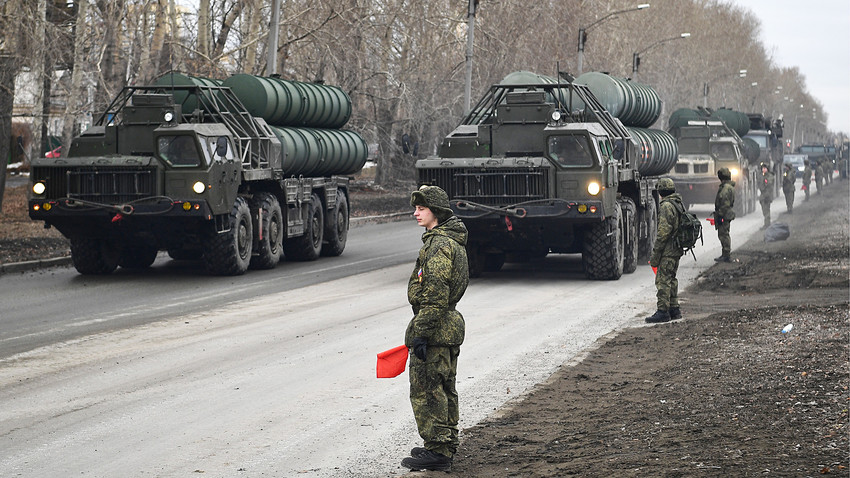 Donat Sorokin/TASS
The new beefed-up air defense systems in Syria will make targeting errors impossible and deprive Israeli fighters of the ability to use Russian aircraft as cover, as in the recent incident involving an F-16 and an Il-20.

On Sept. 24, Russia announced the delivery of an S-300 air defense system to Syria to guard the country’s skies against uninvited guests.

The new complex, which consists not only of a launcher and loader but signal intelligence systems, in the region within two weeks and monitor the surrounding situation.

But how does the S-300 differ from the Soviet-era S-200? And why has the Russian defense minister taken this particular course of action following the death of 15 officers in the Il-20 tragedy?

Response to the downed IL-20

Recall that a week ago, on Sept. 18, a Russian Il-20 reconnaissance aircraft was shot down over Syria. Fifteen service personnel lost their lives as a result.

According to Russia, the plane was mistakenly shot down by a Syrian missile from an S-200 system, which was fired at Israeli F-16 fighter jets attacking Syria. However, the pilot of one of the F-16s managed to evade the strike and redirect it onto a Russian aircraft with a larger reflecting surface, causing a friendly target to be blasted out of the sky.

Moscow immediately took steps to prevent a repeat by equipping Syria's air defenses with systems that are twice as good. Despite its age, the S-300 remains one of the best air defense systems in the world, on a par with the US Patriot.

The formidable S-300VM air defense system (currently on its way to Crimea for onward delivery by Russia’s Black Sea Fleet to Damascus) can detect airborne targets at a distance of 400-500 km. What's more, its radar stations can “see” up to 65 targets in the air, and it can fire from 6-12 “cannons” simultaneously.

Remarkably, having locked onto a target, the S-300VM complex needs only 7.5 seconds to prepare a missile for launch. If the loader vehicles are in carrying, not firing position, they still need no more than six minutes to prepare the launchers for action.

The key difference between the S-200 and the S-300 is that the latter can effectively deal with all modern aircraft and missiles used by opponents of the Syrian regime.

For instance, the S-300 can take out state-of-the-art tactical fighters and bombers that deploy stealth technology. The S-300 can bring down Tomahawk cruise missiles (one of the main strike weapons of US destroyers) and ballistic missiles with a range of up to 2,500 km, as well as short-range missiles launched from neighboring countries onto the heads of Damascus residents.

Not only that, the new piece of kit on its way to Syria can operate even when its systems are suppressed by jammers or other means of electronic warfare.