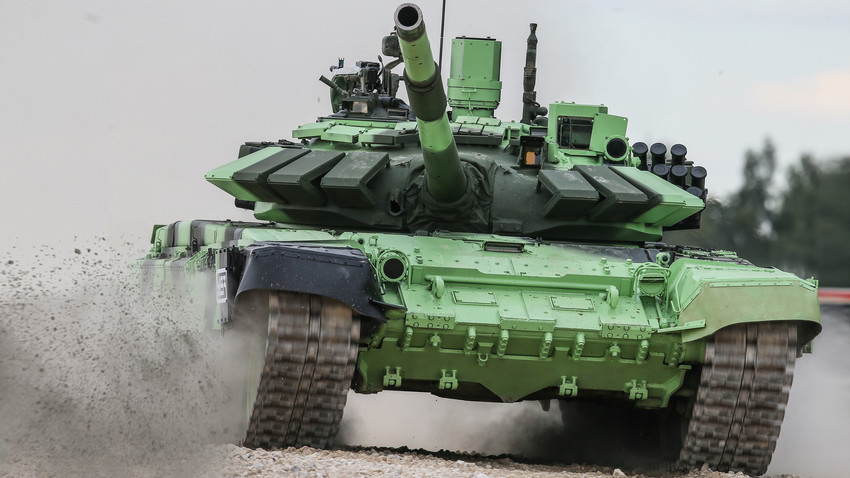 Dmitry Serebryakov/TASS
New modern armor, a turbocharged engine, and a new sub-caliber round – the fleet of T-72B3 tanks is battle-ready.

The first upgraded T-72B3M tanks are already being used by the Russian army, marking the first modernization phase of the Soviet tanks, which date back to the early 1980s.

These tanks were fitted with Sosna-U multichannel sights with automatic target tracking and thermal imaging channels to detect targets even in the dead of night, but today engineers have upgraded the fire control system and modernized the tank’s ballistic capabilities – in the form of the 2A46M-5.

Yet, for all the improvements listed, the tank still had dated explosive reactive armor (ERA), which was no longer capable of protecting it from modern anti-tank weaponry.

The current upgrade from the T-72B3 to the T-72B3M solves this problem and gives the tank a couple of additional bonus features.

For instance, it has Relikt ERA on its sides, turret, and body, making it comparable to the new-generation T-14 Armata tank. Now the "skin" of the Soviet monster is thicker and can withstand modern weapons.

The designers have also fitted the tank with a new diesel engine, boosting the old model with some 200 additional horsepower. The upgraded version, which weighs 46 tons, will now have 1,130 horsepower. In other words, the tank can now travel up to 50-60 kph across rough terrain.

Keep your eyes peeled to see how these battle machines perform in real combat situations in Syria.