The most unusual trophy weapons captured by Russian troops in Syria

Terrorist organizations pick up weapons either on the black market or as trophies in third world countries. In late 2018, in Patriot Park just outside Moscow, the Russian military opened a unique exhibition of the most unusual weapons captured from terrorists during the fighting in Syria.

A "Briton" in the ranks of IS 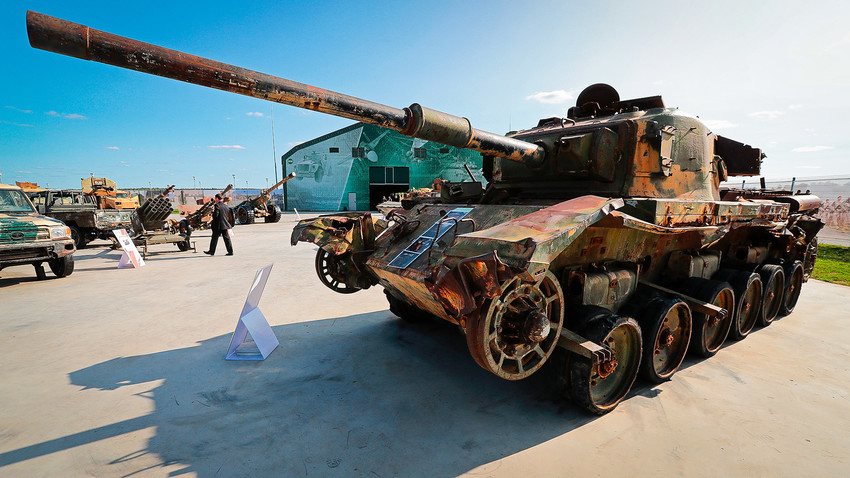 During armed hostilities in November 2015 in the province of Latakia, Syrian troops, aided by Russia, came face to face with an unusually angular tank, strikingly unlike the ancient Soviet rust-buckets forming the basis of the militants’ heavy armor.

Following a fierce exchange of fire, from which the government troops emerged , the military decided to inspect the peculiar monster. It turned out to be an old British Centurion MK 3 tank of early 1950s vintage. The most startling thing is that the British designed this vehicle during WWII. Who’d have thought it would be waging war in the Middle East 70 years later?

This machine, fitted with an 83.8 mm gun and produced as part of a batch of 700 units, spent its entire military “career” in various Arab-Israeli conflicts in the Middle East. According to Vadim Kozyulin, a professor at the Russian Academy of Military Sciences, the militants bought/stole/acquired the vehicle in nearby Jordan, home to about 300 Centurion MK 3 tanks out of the original 700.

"Germans" in the ranks of 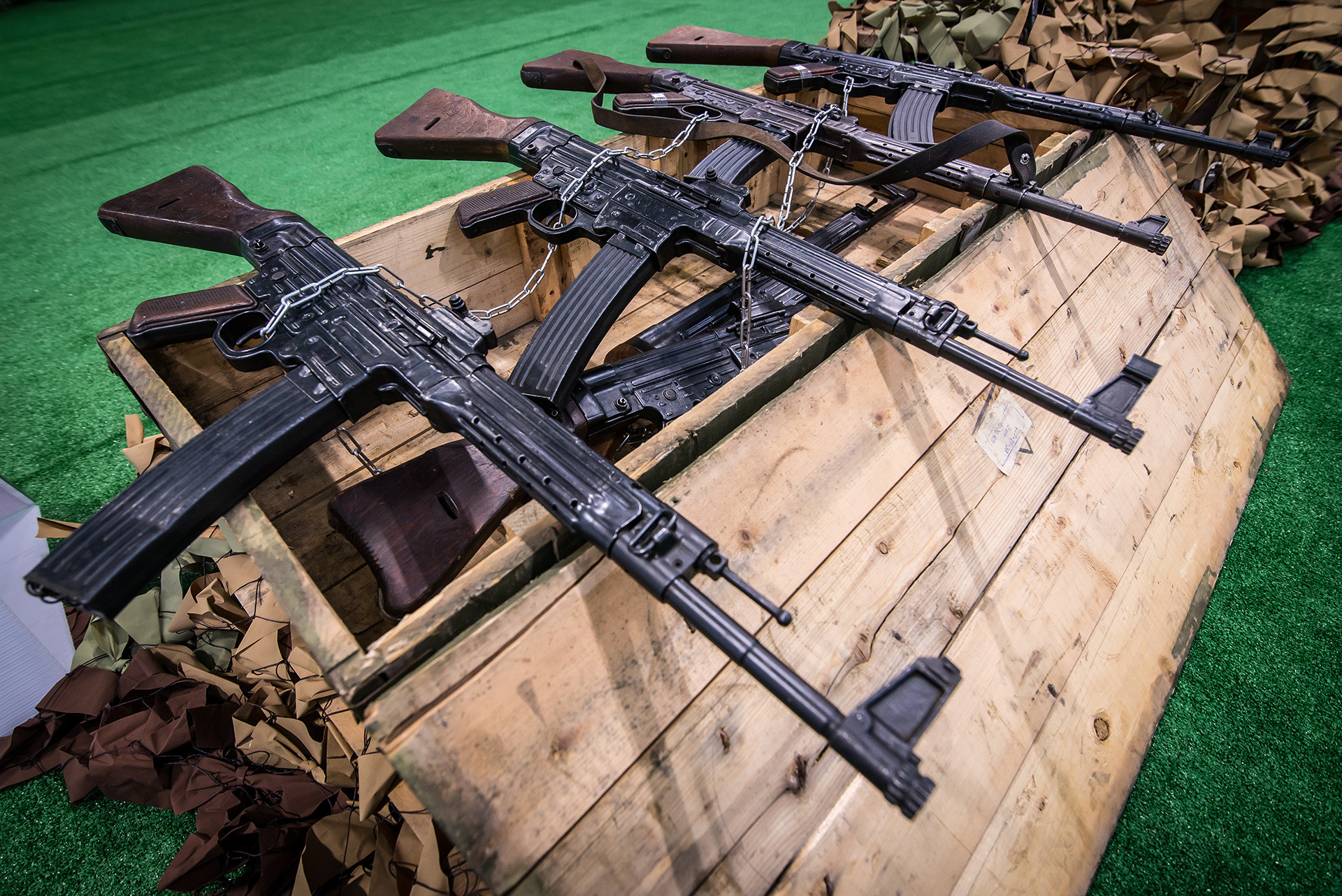 interesting trophy that ended up at the Russian military base is a German StG 44 Sturmgewehr assault rifle, used by Nazi troops during WWII. The first trophies were found in early 2016 in the suburbs of Damascus at a militant warehouse. However, it later transpired that they fell into the hands of the militants from Syrian army depots—about 5,000 StG 44 Sturmgewehr rifles were seized from Syrian storehouses by the terrorists in the early days of the war and distributed to their underlings.

Russian troops even encountered blinged-up German guns (which would have looked slightly out of place on the battlefields of WWII). For example, the militants had welded Picatinny rails on them for mounting sighting devices. The experimental tinkering also included replacing the foregrip and adding self-made grenade launchers.

Another striking aspect of these rifles is the very specific cartridge (7.92x33 mm), which the German defense industry did not produce post-WWII. According to Kozyulin, the militants could have got hold of the ammunition in two ways: from the same warehouses where the rifles were captured, or by producing them “in-house.”

"Chinese" in the ranks of IS 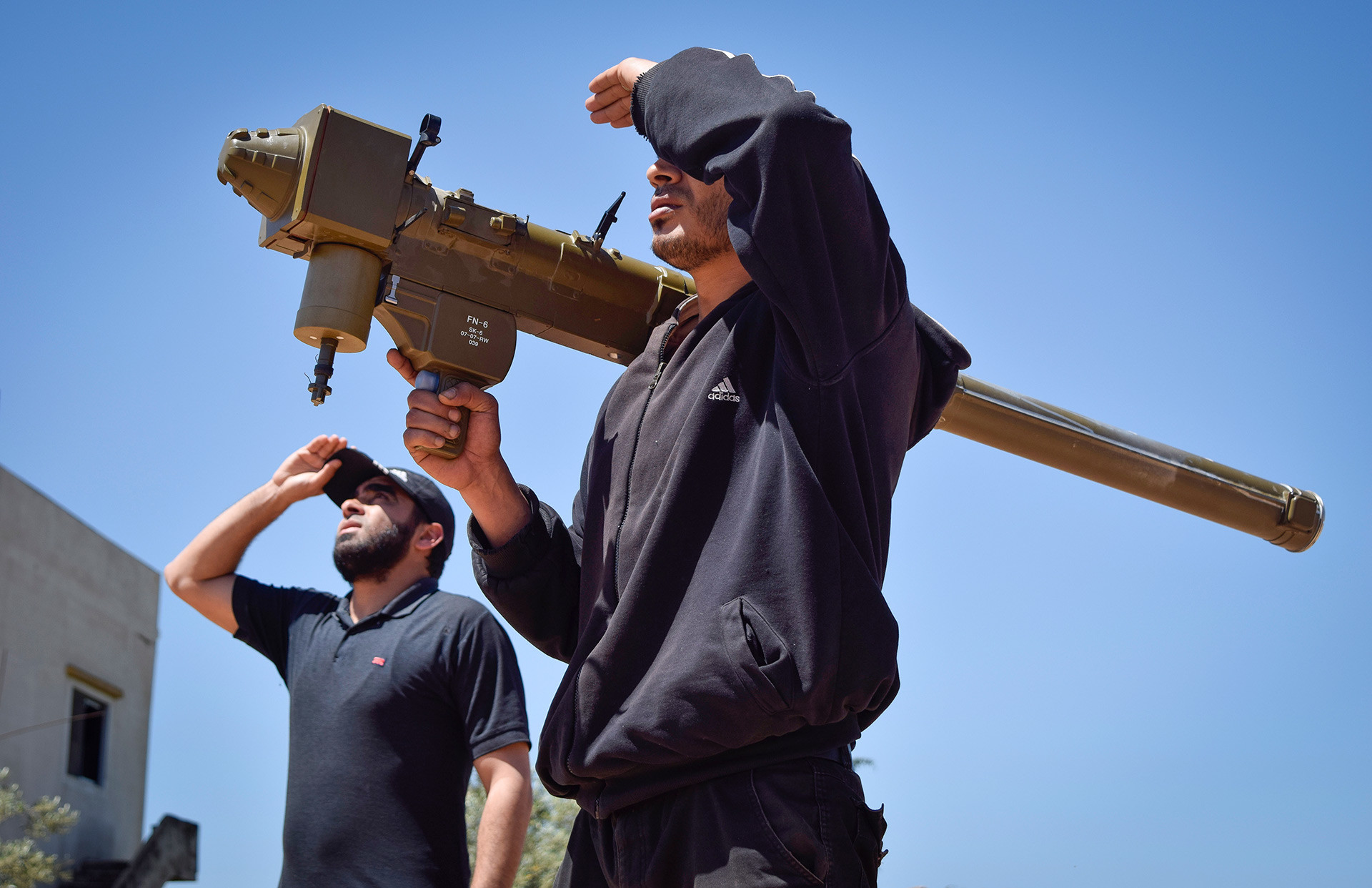 Yet nothing from the above is comparable to the Chinese weapons wielded by some IS militants. Sure, German and British arms from the middle of century are unpleasant, but not fatal. Russian forces are better equipped and not afraid of rusty gun barrels.

However, the Chinese FN-6 man-portable air-defense system (MPADS) is a genuine nightmare for the Russian army. On February 3, 2018, in the province of Idlib, militants used one to down a Russian Su-25 attack aircraft, tragically killing the pilot.

“How did it end up in the possession of the militants? Simple. It’s an export version of the Chinese HY-6 MPADS, which can be found all over the world, including Cambodia, Peru, Pakistan, etc. It most likely came to the Middle East and the militants from the latter,” Kozyulin surmises.

The system is a portable rocket launcher effective against low-flying targets at altitudes of up to 3.5 km. In other words, it is the perfect weapon to counter Russian army helicopters and attack aircraft. It is portable anti-aircraft missile systems such as these, experts assert, that pose one of the deadliest threats to Russia’s armed forces.