5 technologies that were pioneered in Russia 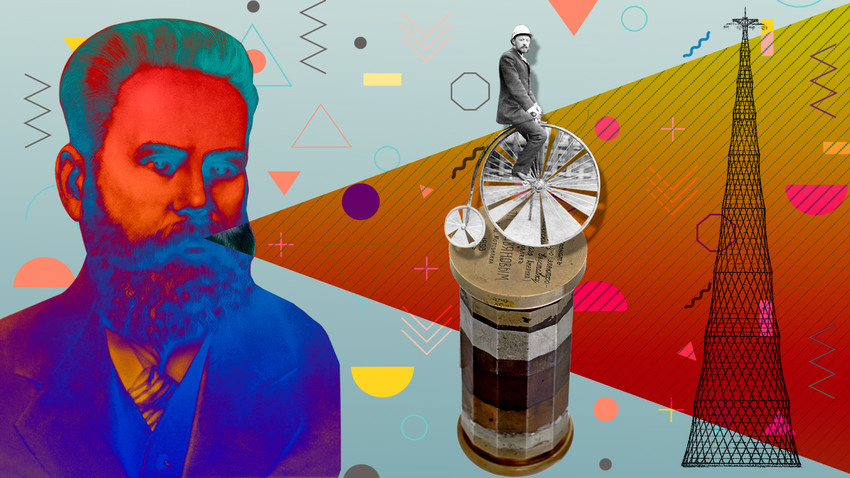 Getty Images, Perm Local History Museum, Public Domain
Extinguishing fires, measuring blood pressure, powdered milk and even the welding of metals – these are just some of the many brilliant scientific advances and breakthroughs that were invented and first applied in Russia. 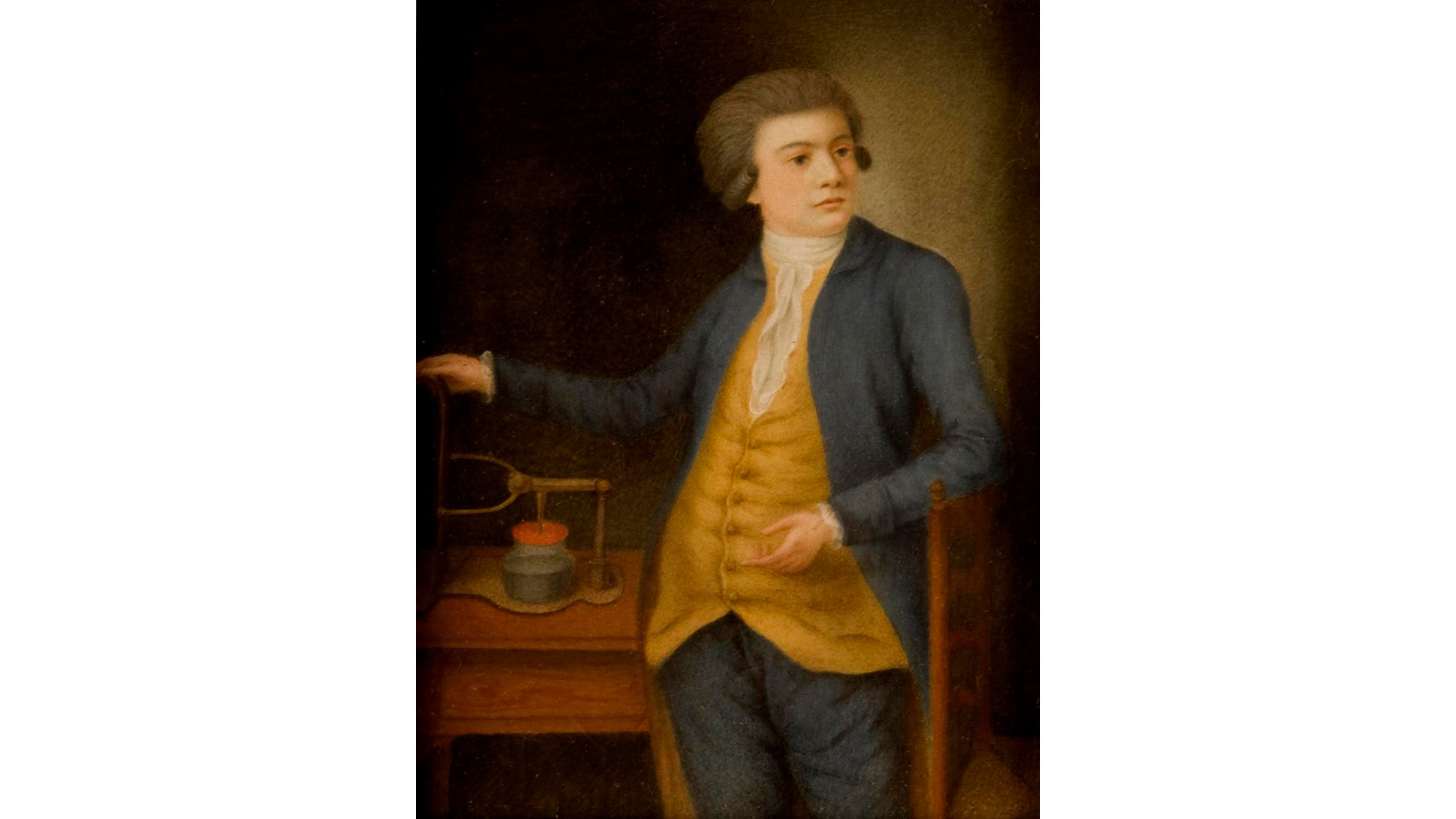 When Russian welding first appeared, there was . But a metal one.

The first experiments that led to the discovery of welding (a process that joins metals by using high heat to melt parts together) were conducted in the early 19th century, simultaneously and independently, by Russian engineer Vasiliy Petrov, and English engineer Humphry Davy. They both discovered the electric arc, but while Davy’s first arc was short-pulsed and lower in temperature, Petrov’s one could hold longer and produce temperatures sufficient enough to melt metals 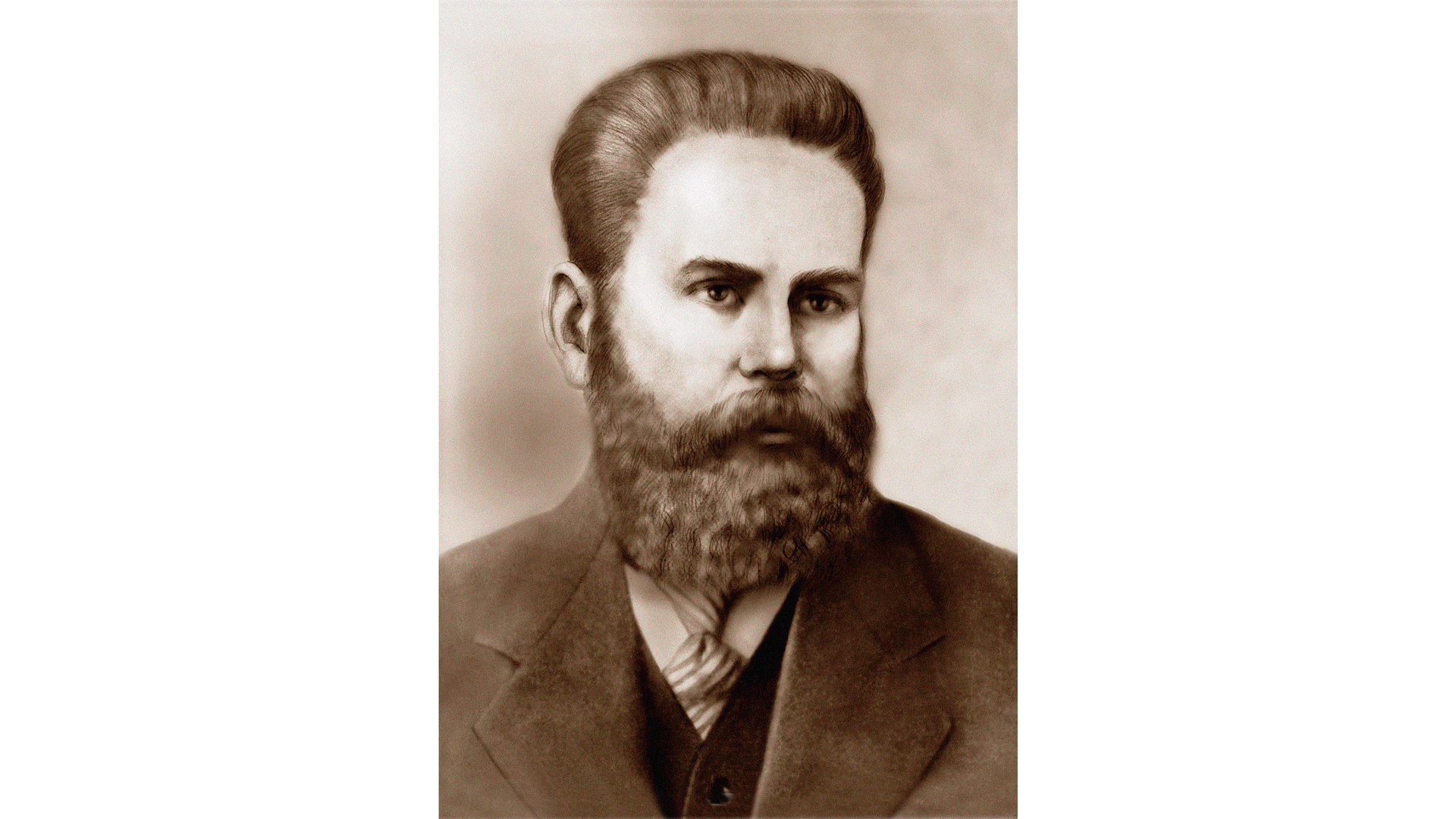 the early 19th century, Petrov’s experiment was just pure science. However, in 1881, Russian engineer and inventor Nikolay Benardos, who worked under Pavel Yablochkov (inventor of the electric carbon arc lamp), discovered that an electric arc can be used for melting metals together – welding. In 1885, Benardos received a patent, and in 1888, the industrial use of the method began 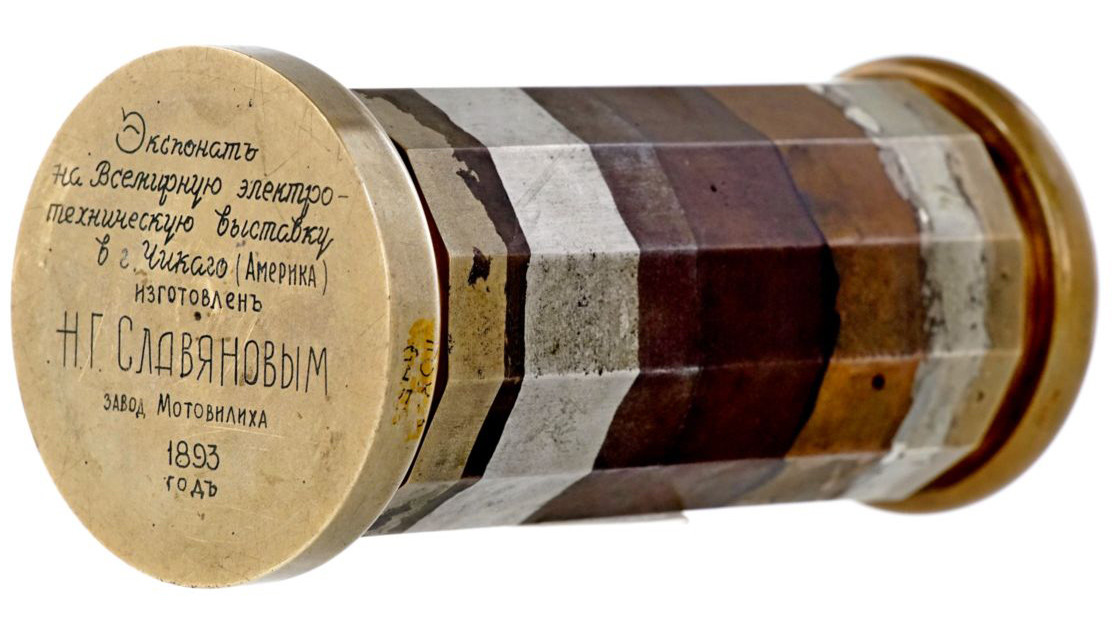 the same time, another Russian engineer, Nikolay Slavyanov, suggested using metal electrodes instead of carbon ones, which allowed for the welding of metals with very high melting points. As an example, Slavyanov created his famous “glass”, a cylinder comprised of eight metals with high melting points that were welded together. 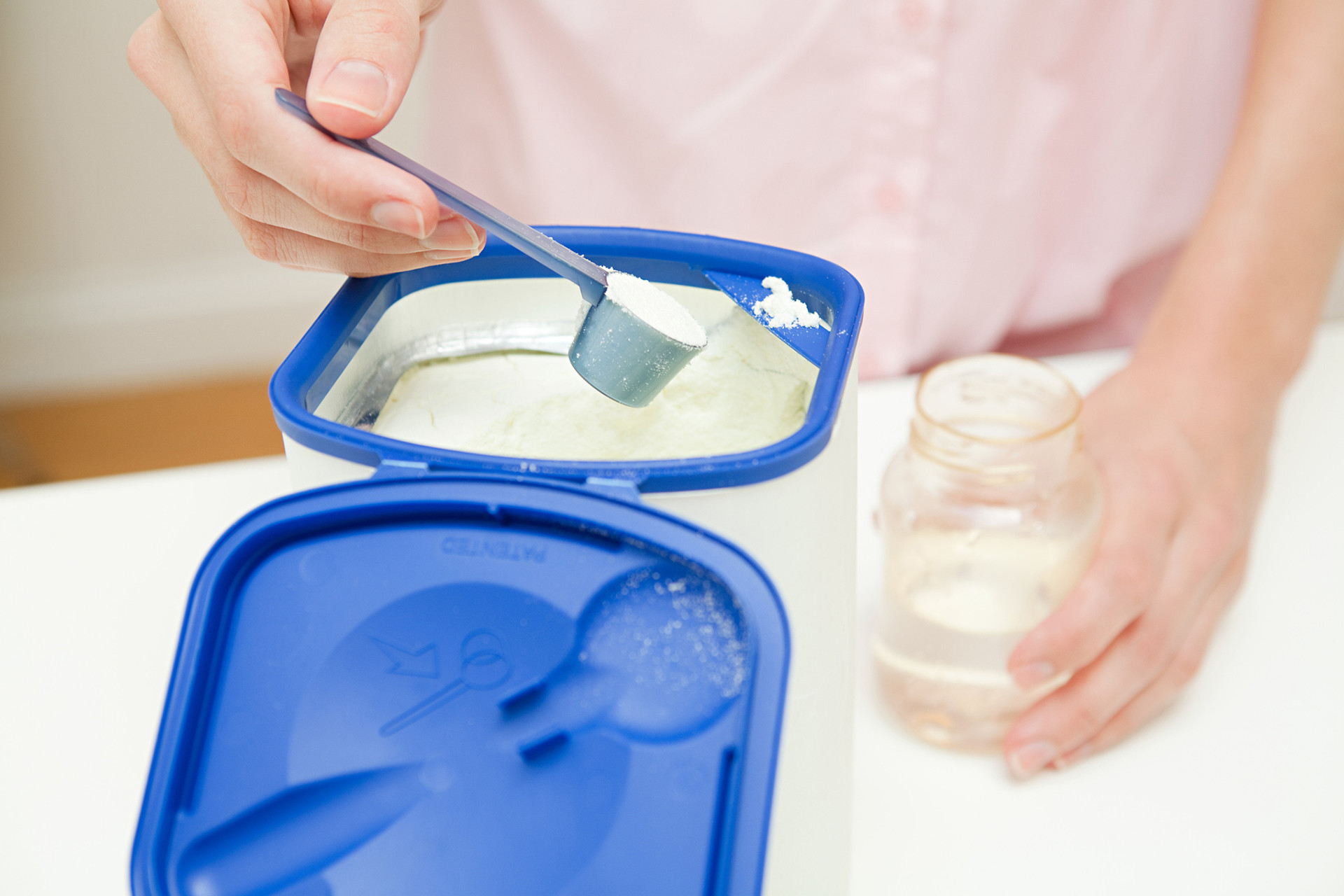 milk is an essential ingredient in baby foods, and we all ate/drank it when we were toddlers. Few, however, probably know that it originally comes from remote areas of Siberia.

In 1792, Ivan Erich, an interpreter from Mongolia, first wrote that in Dauria (Transbaikal region) the local Mongols froze milk in winter on plates, and then dried this ice in the sun, evaporating the water part, which resulted in “milk powder.” Soon, a doctor working in the same area introduced this means of milk storage to the wider public.

Osip Krichevsky, the original inventor of powdered milk, worked as a doctor in the Nerchinsk silver smelting plant (Transbaikal region, over 5000 km from Moscow). He noted that the Yakut people, many of whom worked in the plant, were drying milk the same way. Krichevsky suggested powdered milk could be useful “in naval voyages, where fresh and nutritious food is necessary.” He also noted that “Europeans don’t yet know this Siberian product.”

Krichevsky used the technology to store milk in Nerchinsk, where he died in 1832. Production of powdered milk also first started in St. Petersburg in 1832. However, the first patent for this technology was acquired by an Englishman, T.S. Grimwade, in 1855. 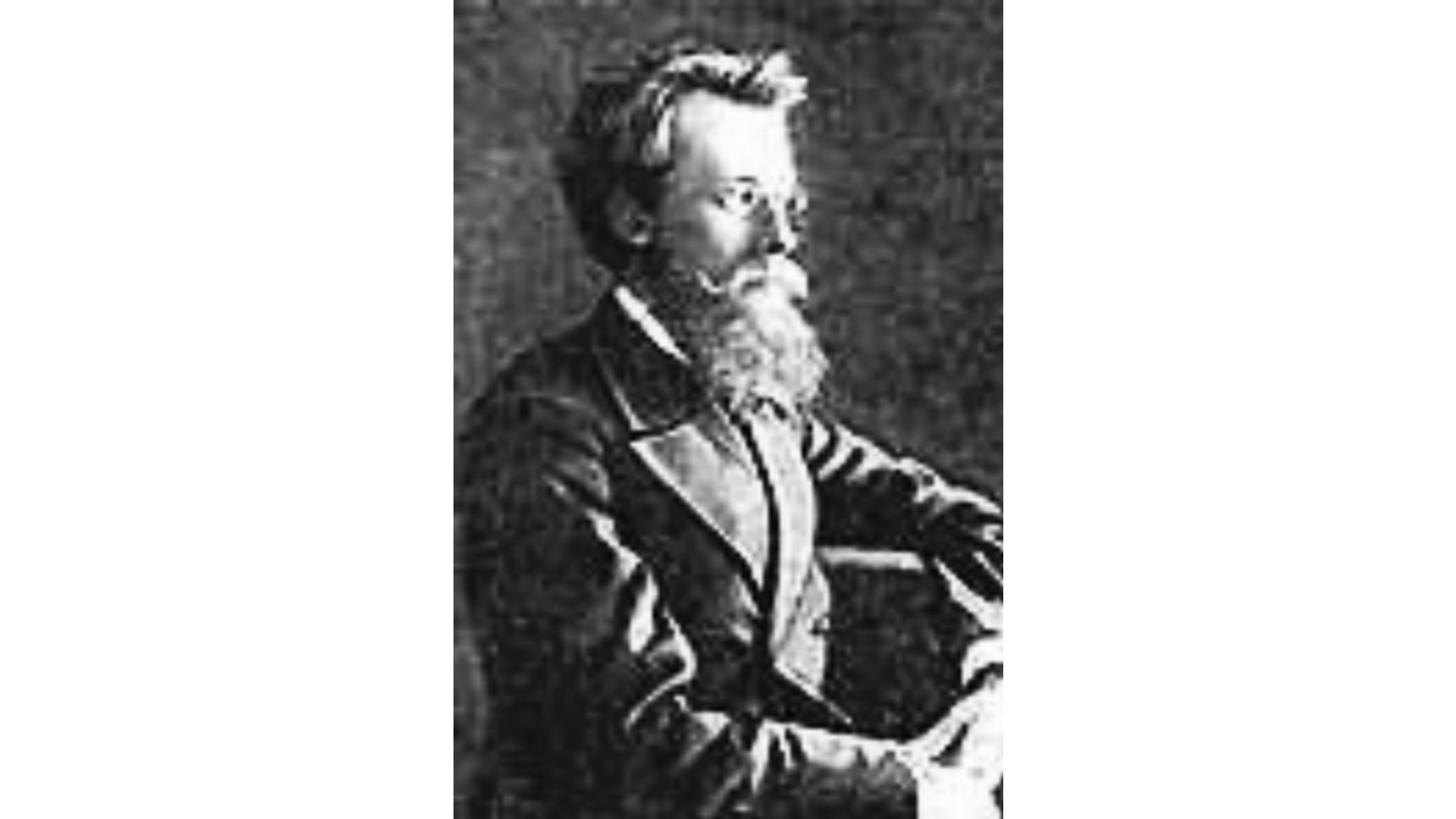 Putting out a fire with water is not as effective as it seems. And so, a Russian, however, decided to foam it all up.

Alexander Loran, a Russian engineer of French descent, was looking for a way to create an effective fire extinguisher because he had seen a lot of fires. In the early 20th century, Loran, an engineer who studied chemistry in St. Petersburg and Paris, worked as a teacher in Baku, the largest city of Russian-controlled Azerbaijan, which at the time was the center of the empire’s oil industry. Runaway oil fires were a major problem, and they couldn’t be extinguished with water or powder extinguishers 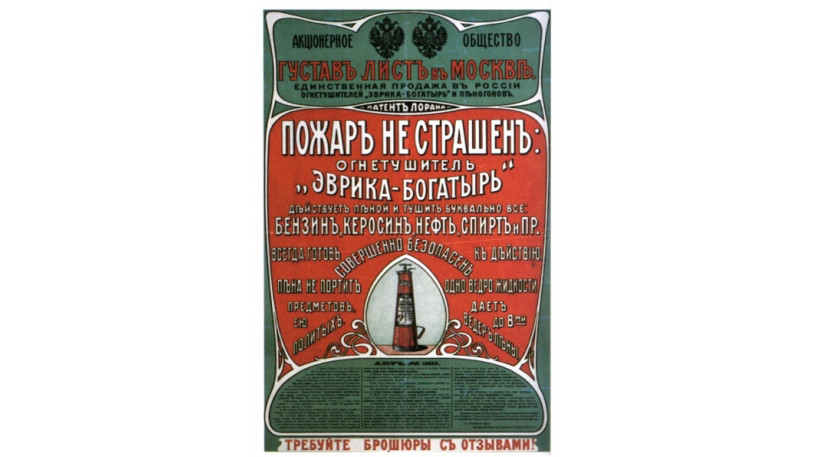 has it that Loran was drinking beer with a pal when he shouted, “Eureka!” Soon, Loran conducted his first experiment, trying to put out a burning puddle of oil using foamed beer – and it worked! Loran then invented a foaming substance, and founded an extinguisher-producing brand, calling it “Eureka.” He patented his system in Russia, and in the U.S. in 1907. 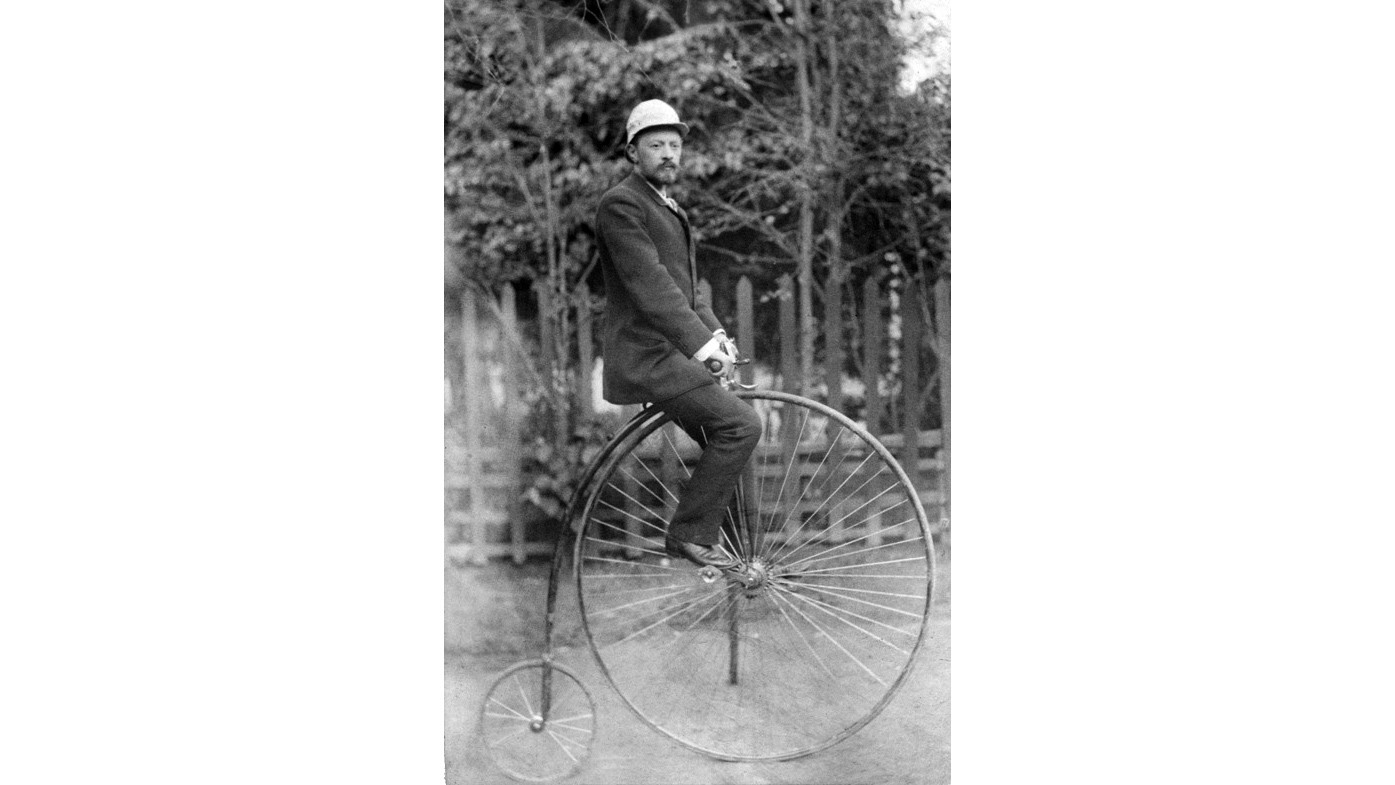 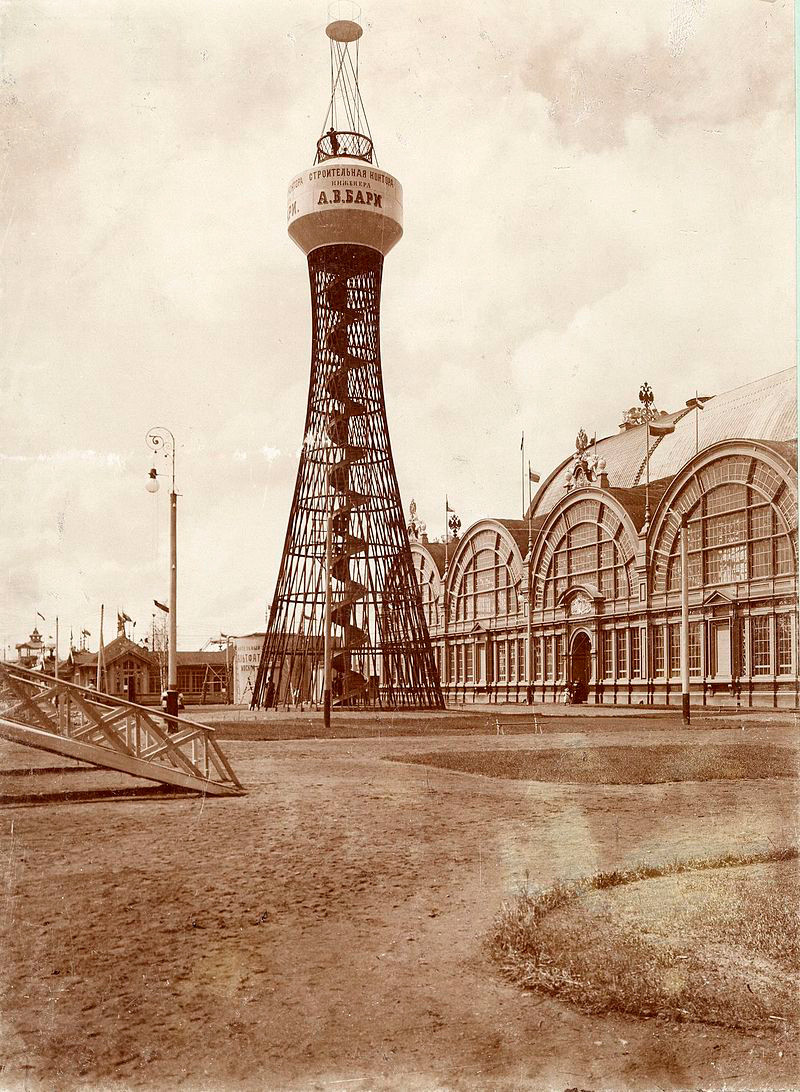 grid structure (also diagrid, gridshell) was first invented and patented by Shukhov in 1895-1899. Its advantages are low weight with the ability to withstand heavy stress because of the construction’s elasticity; low corrosion, with little or no space for water to penetrate; and low cost and high durability. Today, most of Shukhov’s towers and pavilions in Russia are still intact after more than 100 years of little or no maintenance 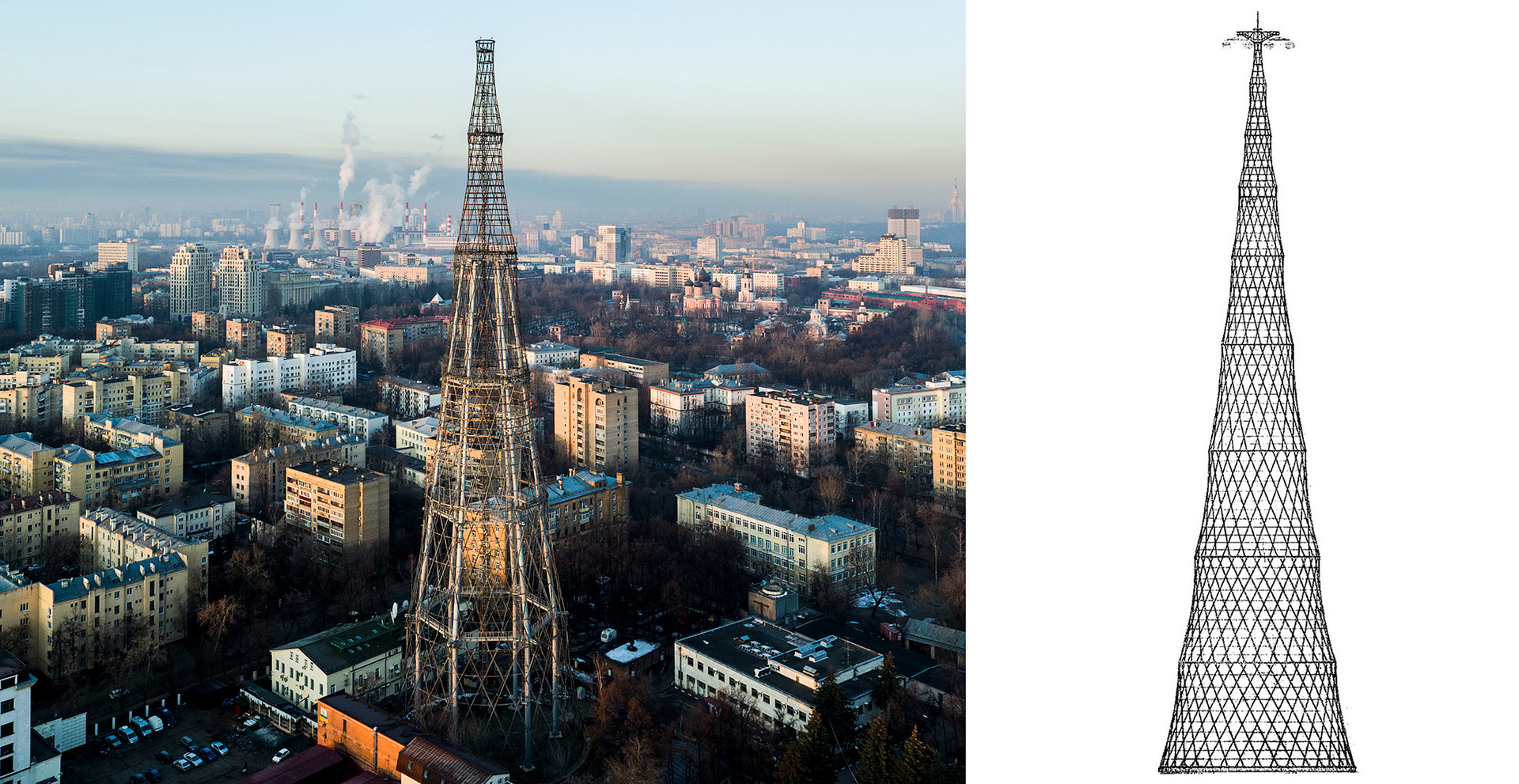 The Shukhov radio tower in Moscow

invention has helped to define architecture to a significant extent: gridshell is now employed by world-renowned architects such as Richard Buckminster Fuller, Norman Foster, Nicholas Grimshaw, and many, many others. 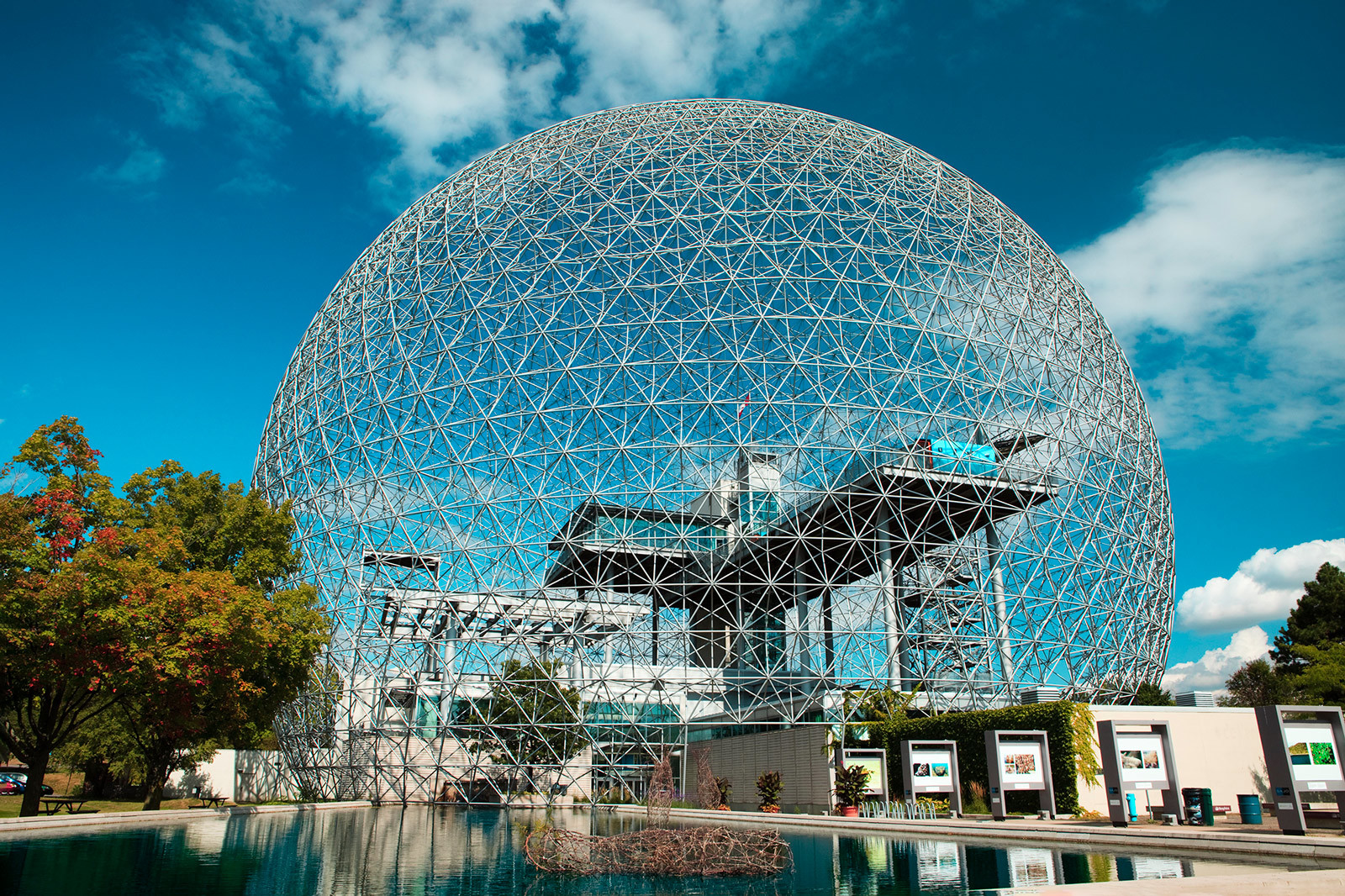 It was not so popular during the 20th century, however, because its construction demands scrupulously precise calculations, which are much easier to complete on a computer. Even though he didn’t have such computational technology at his fingertips, Shukhov himself, however, managed to do it – he created the first gridshell towers and industrial pavilions for the All-Russia Industrial and Art Exhibition of 1896 in Nizhny Novgorod.

This common medical method is one of the oldest in practice, and it’s used even today because of its accuracy.

Blood pressure is one of the most important measurements that can be made on the human body, and it helps to diagnose various diseases and conditions. While measuring blood pressure, doctors usually use two figures: systolic pressure (maximum during one heartbeat), and diastolic pressure (minimum between two heartbeats).

There had been many low-accuracy methods of blood pressure measurement before Italian pathologist Scipione Riva-Rocci invented an inflatable cuff that encircled the arm and was attached to a mercury sphygmomanometer. The cuff was placed on the arm, inflated, and then the doctor held his fingers on the patient’s pulse. When no pulse was detected, that meant that the cuff completely blocked the blood flow and the internal cuff pressure was identical to systolic pressure. However, this method didn’t allow to detect diastolic pressure.

Nikolay Korotkov was a Russian doctor who first worked as a field medic and then switched to vascular surgery. In 1904, he measured a patient’s blood pressure using the Riva-Rocci cuff and accidentally used his stethoscope on the patient’s brachial artery, when he heard thumping sounds that later were named after him. The artery, in this case, is similar to a pipe with fluid that is being pinched shut by the cuff. When the pressure in the cuff is above systolic, no sounds are heard. As soon as they are equal, some blood is able to pass below the cuff, and thumping sounds appear. When they end, that means the blood flows freely. So the moment when the sounds end denotes the diastolic pressure.

Korotkov described this method in 1905 in a report that took half a page. In 1935, the World Health Organization approved this method as the only official non-invasive blood detection method, and it is standard to this day.