2 of the most exotic weapons Russia will get after 2020

Russian Ministry of Defense has in early February declassified information on the model of its new handheld grenade-launcher and flamethrower hybrid - the “”. The project is listed as ‘top secret’, but some details have been made available to Russia Beyond.

Lessons from various modern military engagements were used in developing the - including the campaign in Syria, as well as various black ops missions mounted by the world’s special detachments in various corners of the world.

“The is expected to work similarly to the current “Shmel”. The weapon is, essentially, a spray containing a flammable substance. Inside is a shell, which detonates, releasing the flame from the barrel,” said former Izvestia analyst, Dmitry Safonov.

The new weapon will be used at distances of up to 30 meters and in situations “when militants need to be ‘smoked out’ of their hideouts”, Safonov added.

It is also thought that the new flamethrower deals away with the problems faced by older models: “Since the days of the First World War, the flamethrower has been a very dangerous weapon not only for the but for the ones using it,” Safonov continues. “The tank with the flammable substance could explode on the soldier’s back when receiving fire. The new model eliminates the issue entirely.” 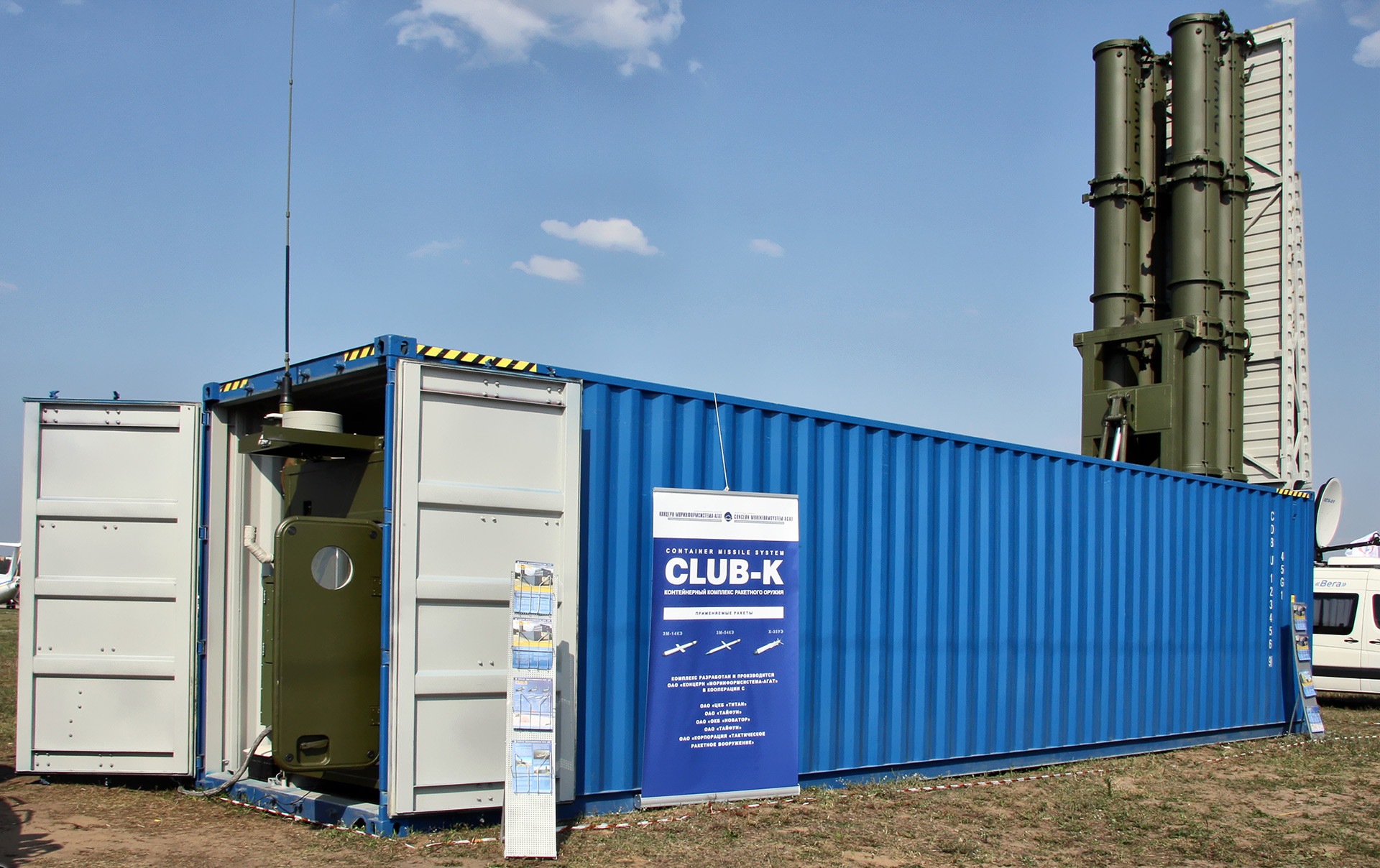 Another curious invention of the Russian army is the “masking box” for its “Kalibr” and other sea-based missiles.

The weapon is called the “Russian Klub-K container complex”, and will be used for both sea and land-based targets. It will be stationed aboard destroyer-class ships masquerading as long-haul tankers.

The project is still at the concept stage - there are no actual “Kalibr boxes” aboard Russian vessels at this moment in time.

The weapon was inspired by the universal launch module for sea-based missiles, which carries the shape of a 20-40 foot shipping container, rather than using an internal launch mechanism. The “boxes” are capable of carrying payloads of up to four missiles.

The weapon has been outfitted with radio-electronic detection, which searches and locks on to an enemy target. Club-K can also interface with other systems, and receive data from planes, satellites and other weapons complexes.

The yield and effectiveness against and land-based targets will vary depending on the missiles used. Kalibr-class missiles, for example, will be able to hit targets on land or at sea at distances of up to 2,500 km.