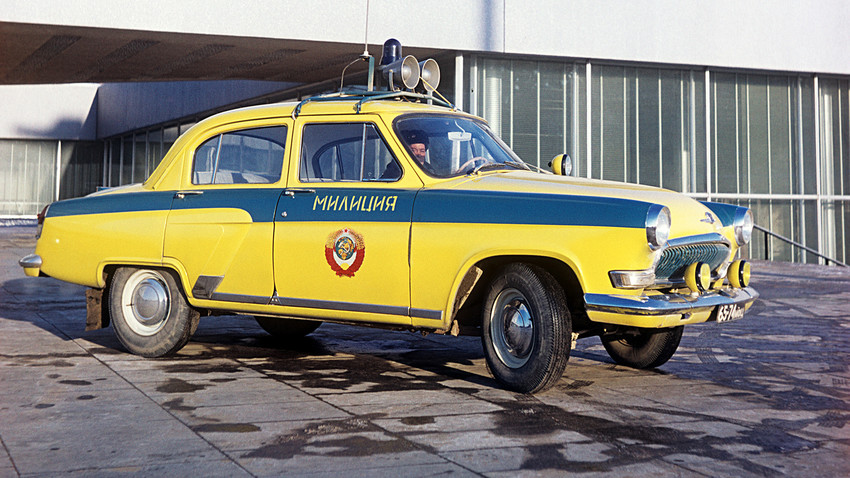 Vitaly Sozinov/TASS
Even the best Russian cops cars have never been a match for models used by foreign forces, with comfort and technical characteristics sadly lacking. 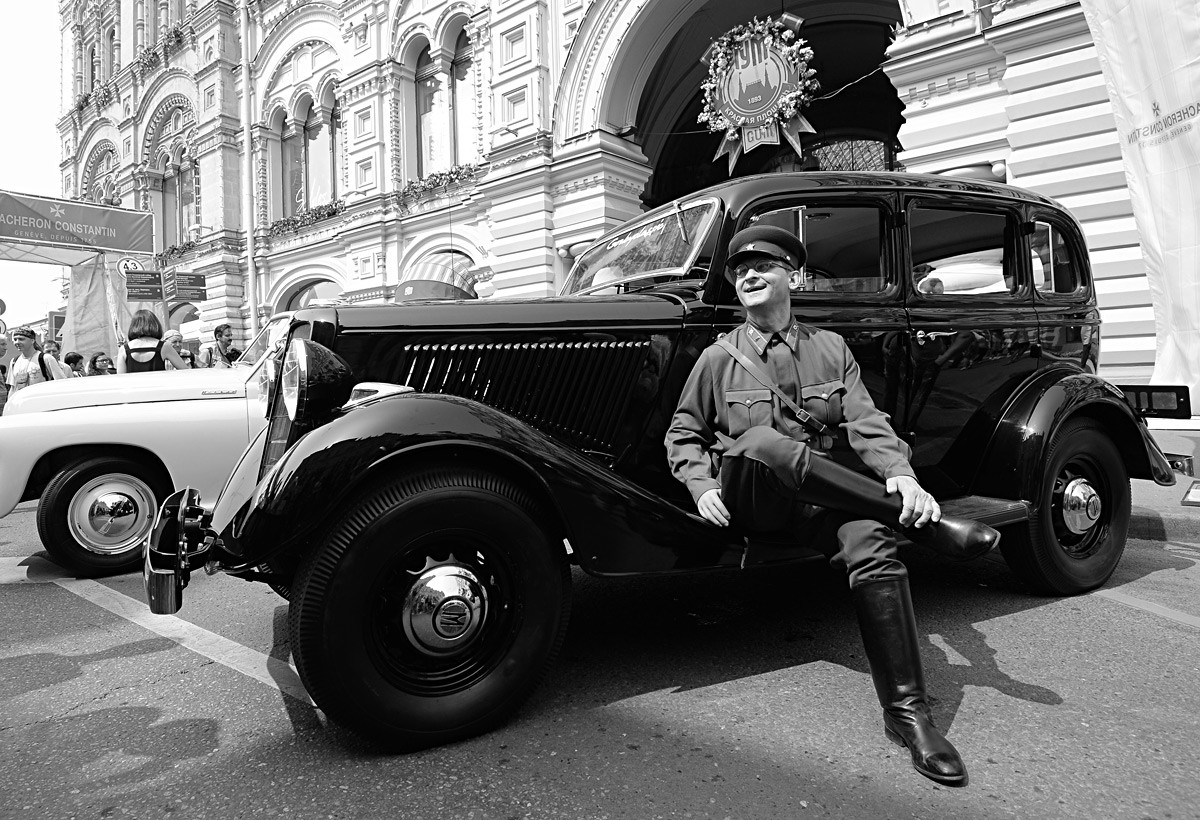 The most popular Soviet car in the 1930s, the GAZ-M1 was widely used by the Soviet police. Unfortunately, these cars became a sad symbol of Soviet repression, frequently used by the secret services when arresting “enemies of the people” during the Great Purge. 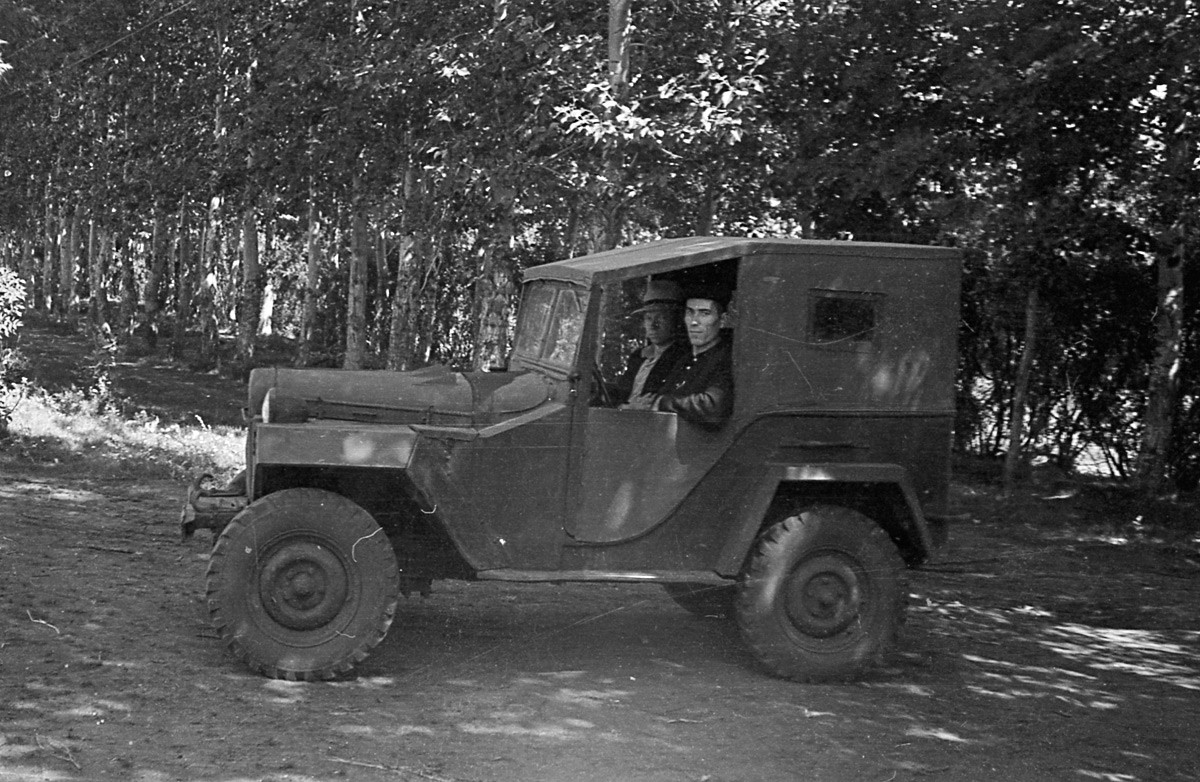 This war-time vehicle became a Soviet police fleet model in the late 1940s. Indispensable in off-road conditions, the car was actively used in the countryside. However, its open cabriolet-style body meant it was no good for winter driving. 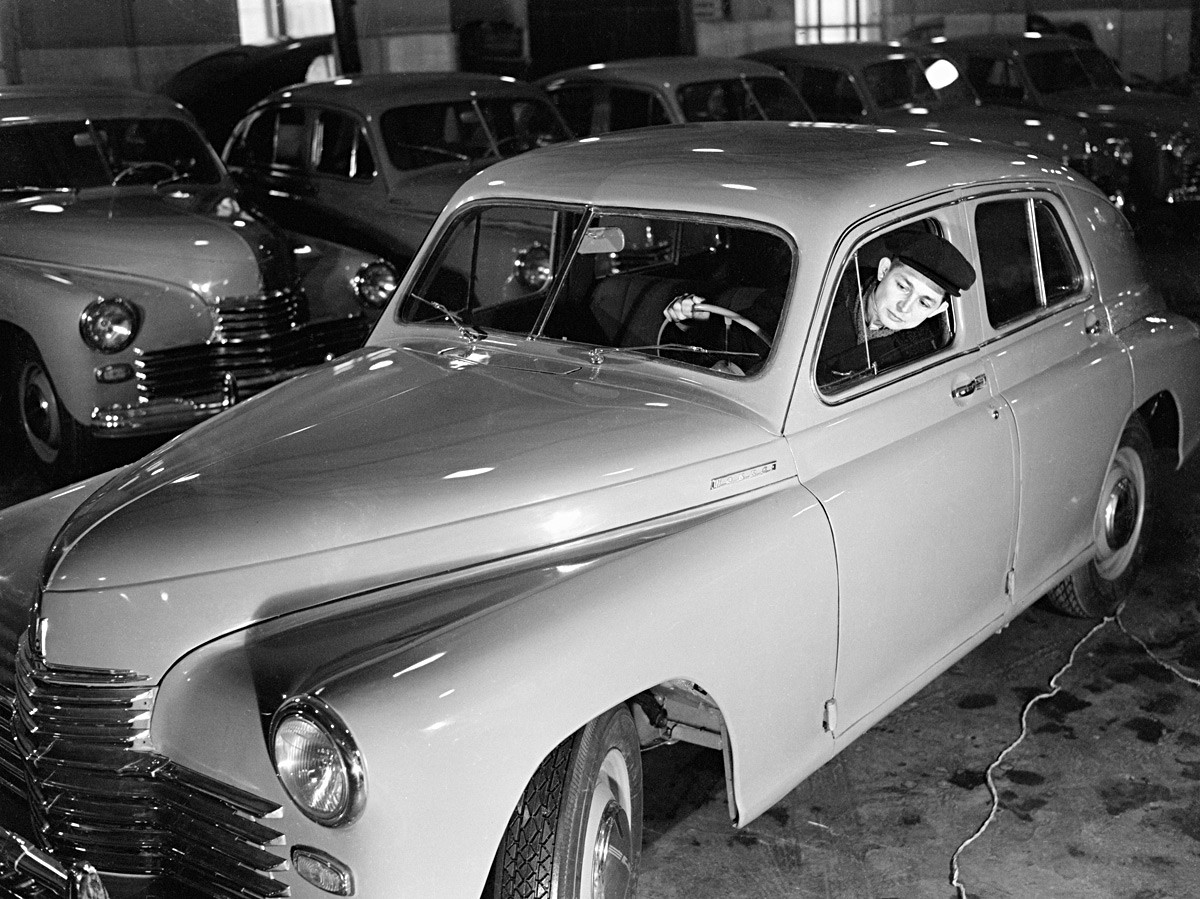 In the post-war period the GAZ-M20 Pobeda (Victory) was much loved by police chiefs. The cozy car was one of the first in the country equipped with a heater. The Pobeda was also widely used by Soviet traffic cops. 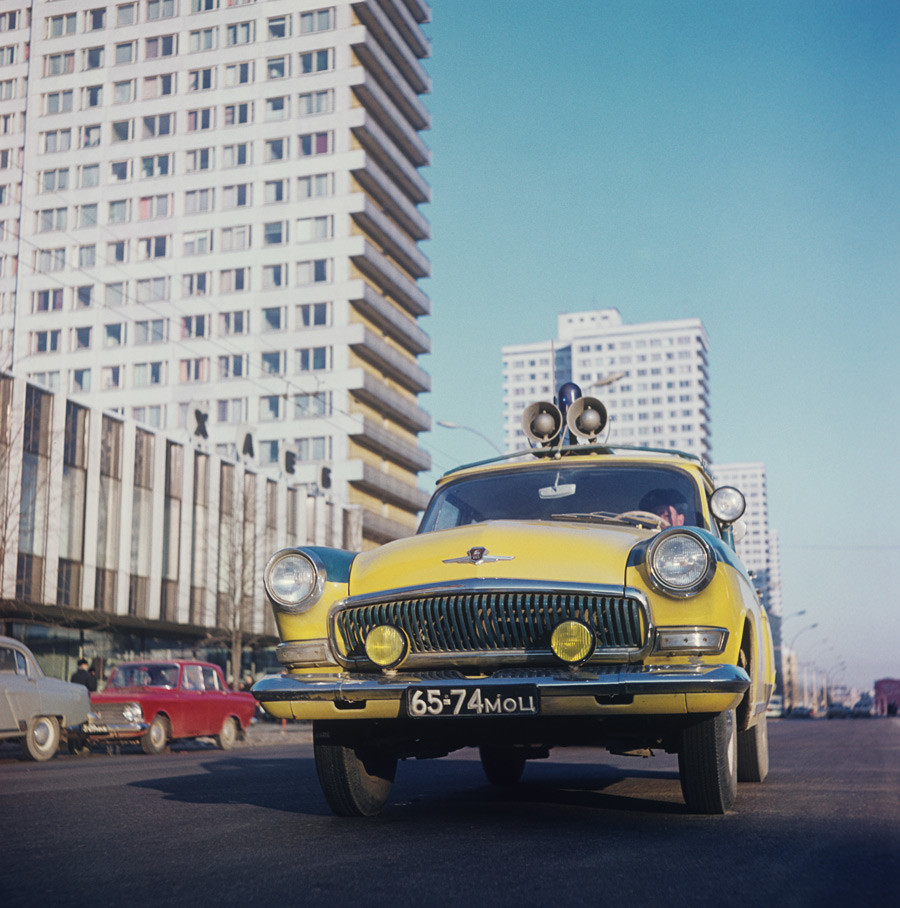 The GAZ-21 replaced the Pobeda, with its improved technical specifications and comfort. It was rather fast for those times - with a top speed of 80mph - and good in off-road conditions. Expensive for most people, it was still widely used by the police. 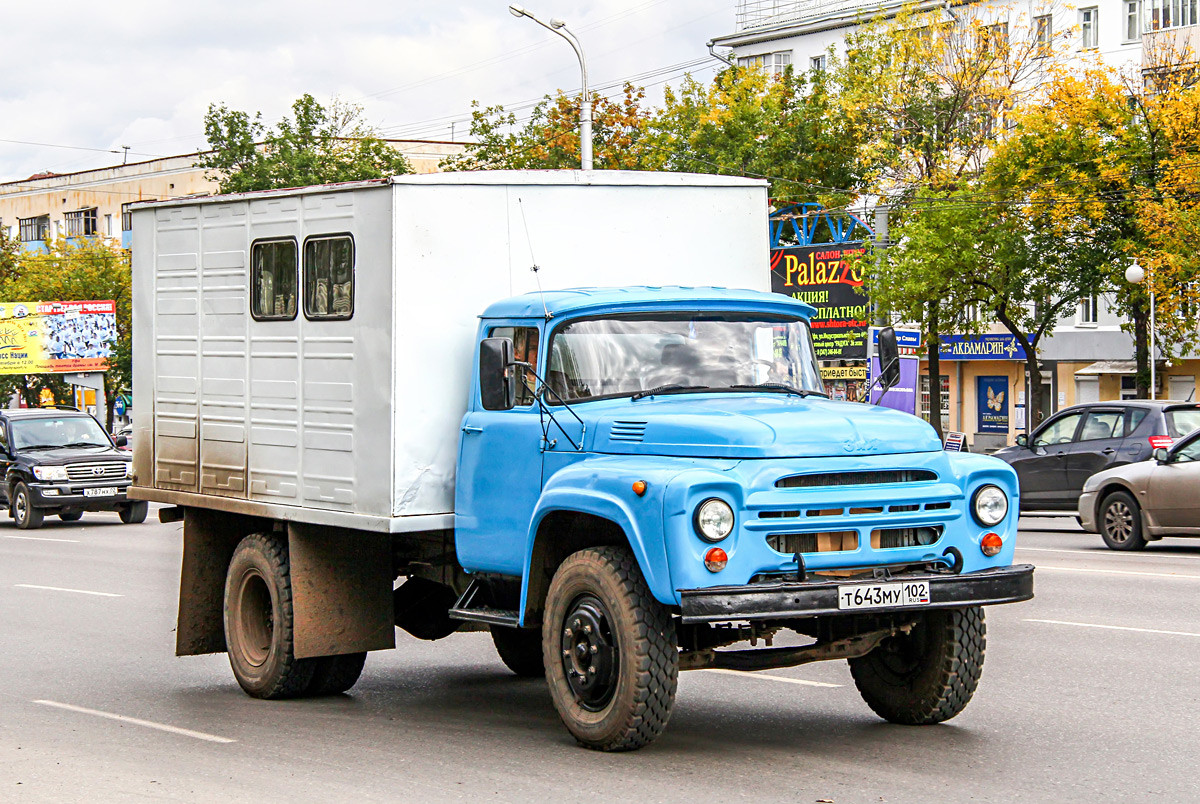 One of the best known and successful Soviet trucks, the ZiL-130 was used in agriculture, industry, and by the military. During its 50 years of production, the truck was modified dozens of times. The police used the ZiL-130 for transportation of convicts and as special purpose units. 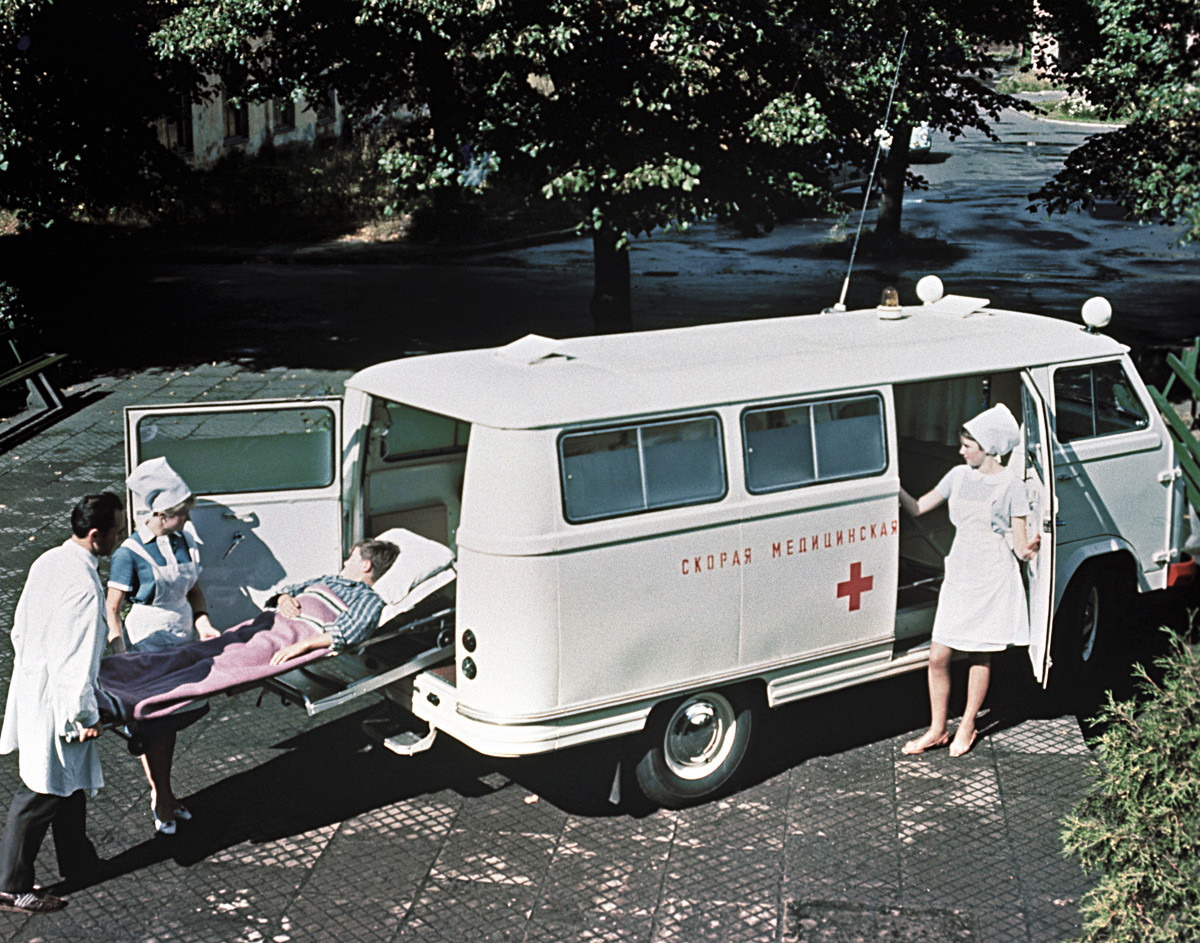 This van served not only for transporting groups of police, but as a mobile crime laboratory as well. 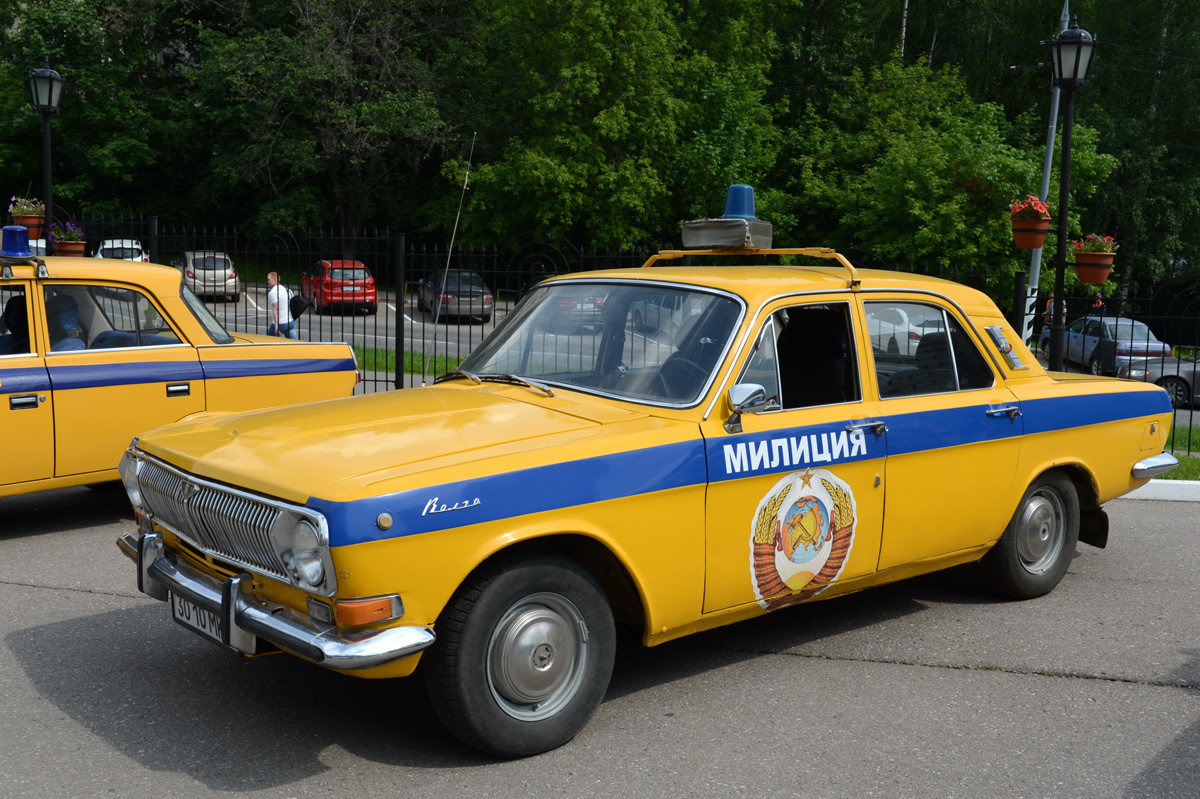 Soviet policemen in the countryside could only dream of this car - at first the GAZ-24 was used only by forces in the major cities. KGB officers were much luckier. They got the GAZ-24-24 modification with a top speed of 105mph, one of the fastest Soviet cars ever. 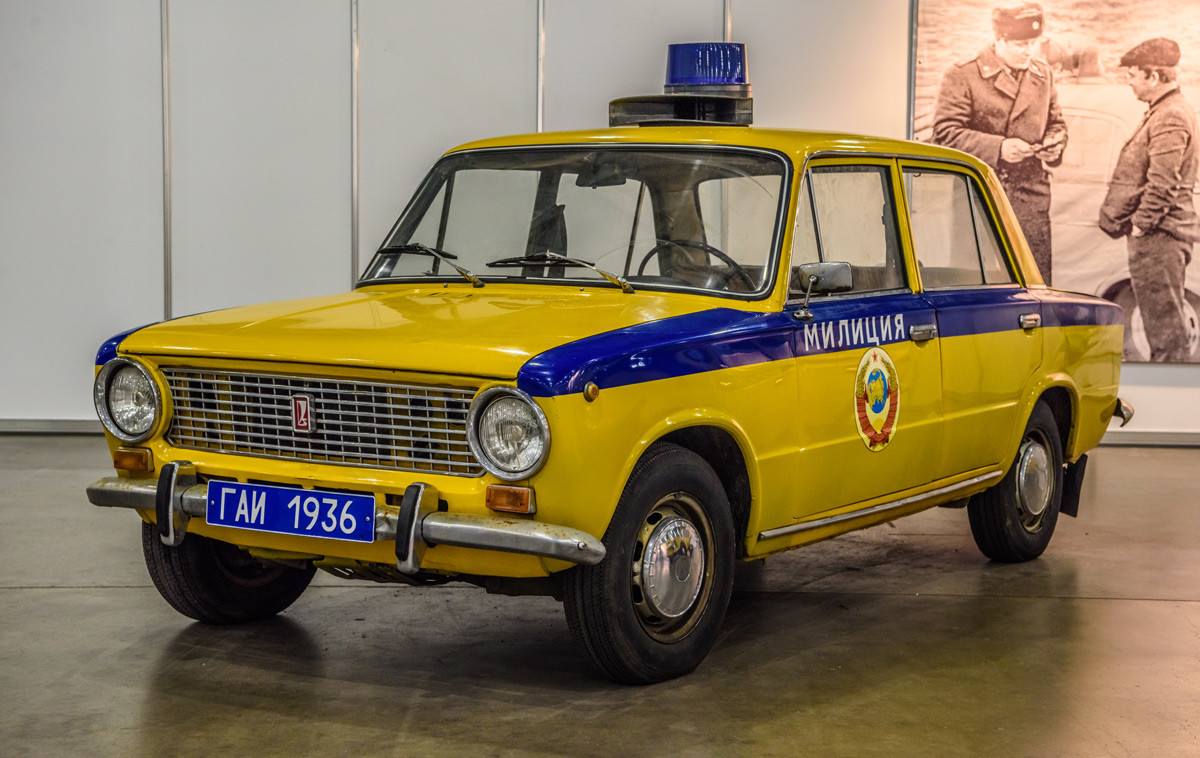 Unlike the almost luxury GAZ-24, the simple VAZ-2101 was widely accessible to police both in the big cities and rural areas. It was used by all police departments - from road patrols to investigators. 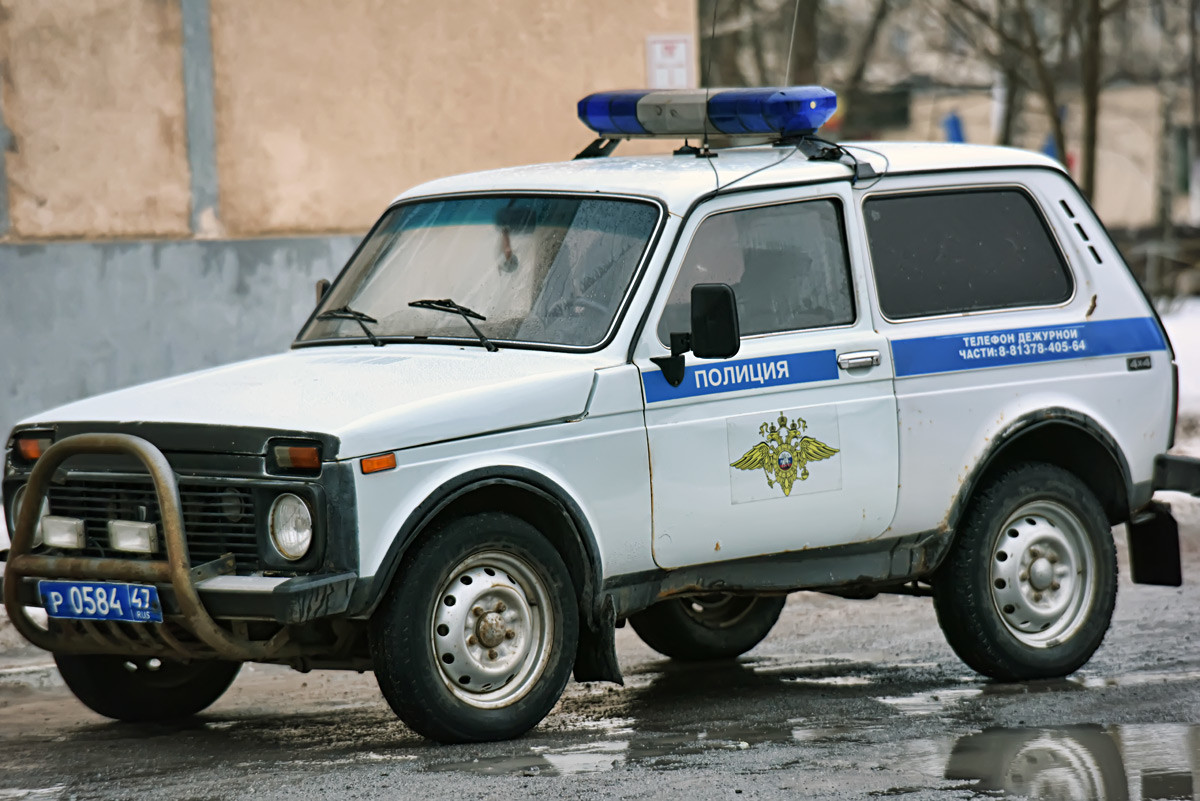 The perfect Soviet off-roader was a favorite car of police in remote areas with no roads and harsh climates. There it demonstrated all its best qualities. 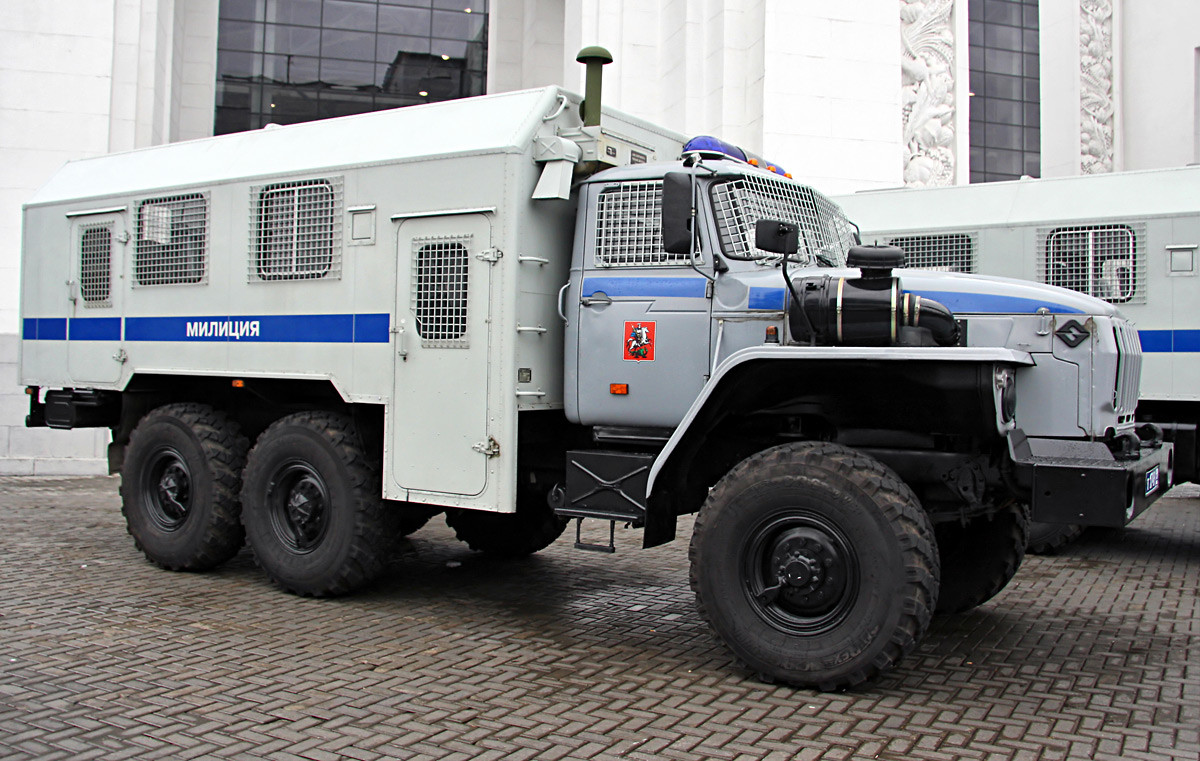 This truck, first produced in the 1970s, remains widespread. It is widely used for transportation of the OMON (riot police) special purpose mobile units. 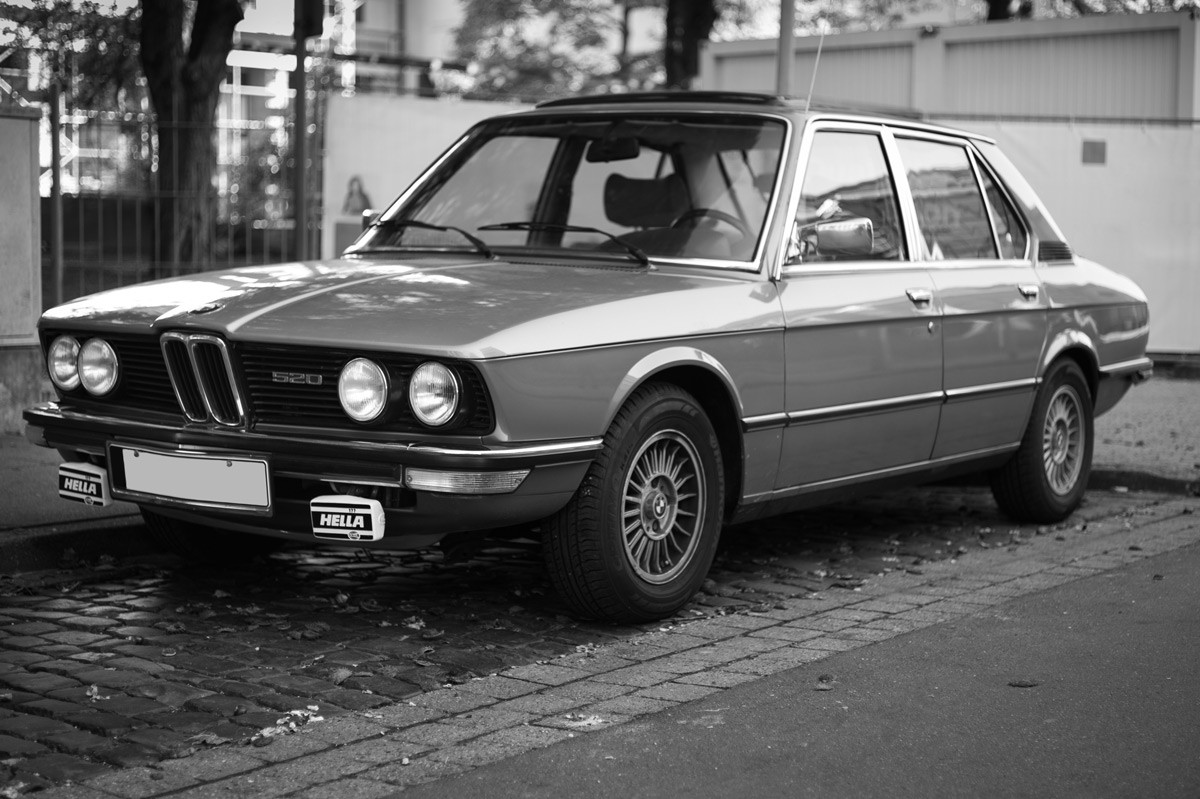 The Soviet police did not always have to rely on domestic vehicles. Some lucky units had the chance to try out foreign models such as BMW, Mercedes, Audi and Volvo, which were imported into the USSR in small quantities and provided for use by law enforcement agencies. Even the fastest Soviet car, the Volga 24-24 with a top speed of 105mph, often used in chases by police and secret services, was no match for the BMW with a top speed of over 125mph. 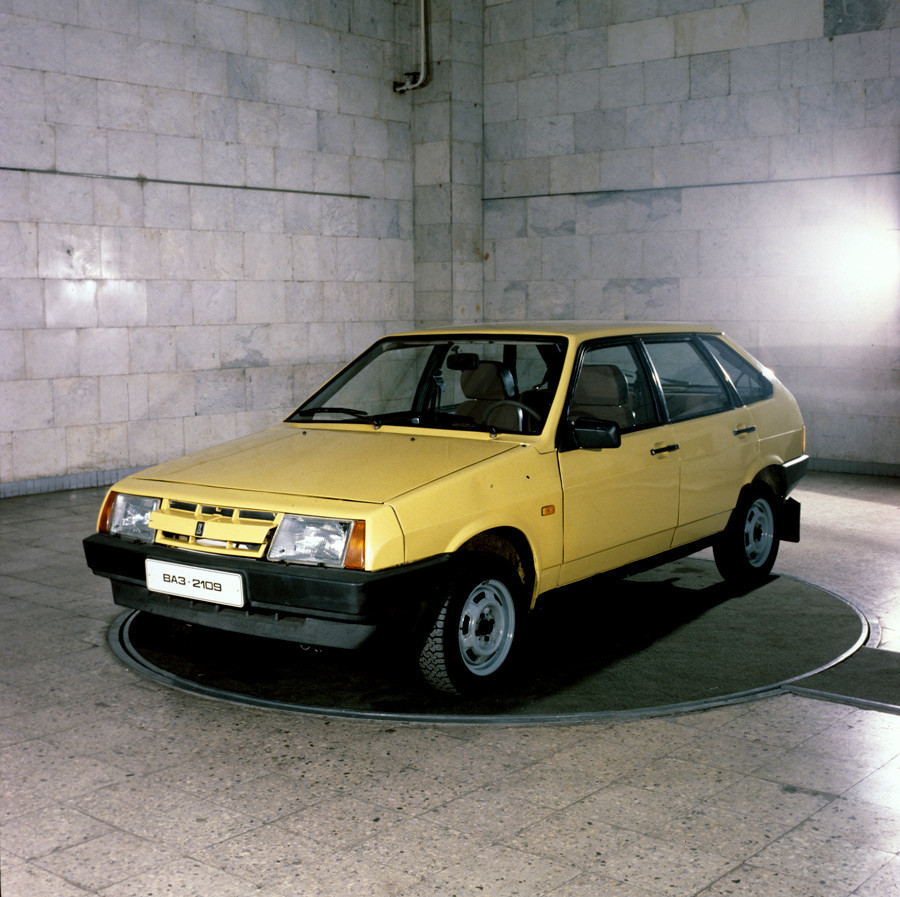 This was a favorite of the Russian police in the 1990s. It was easy to maintain and had good technical characteristics. However, the main reason it was popular was its low cost, which was very important in the crisis-ridden post-Soviet times. 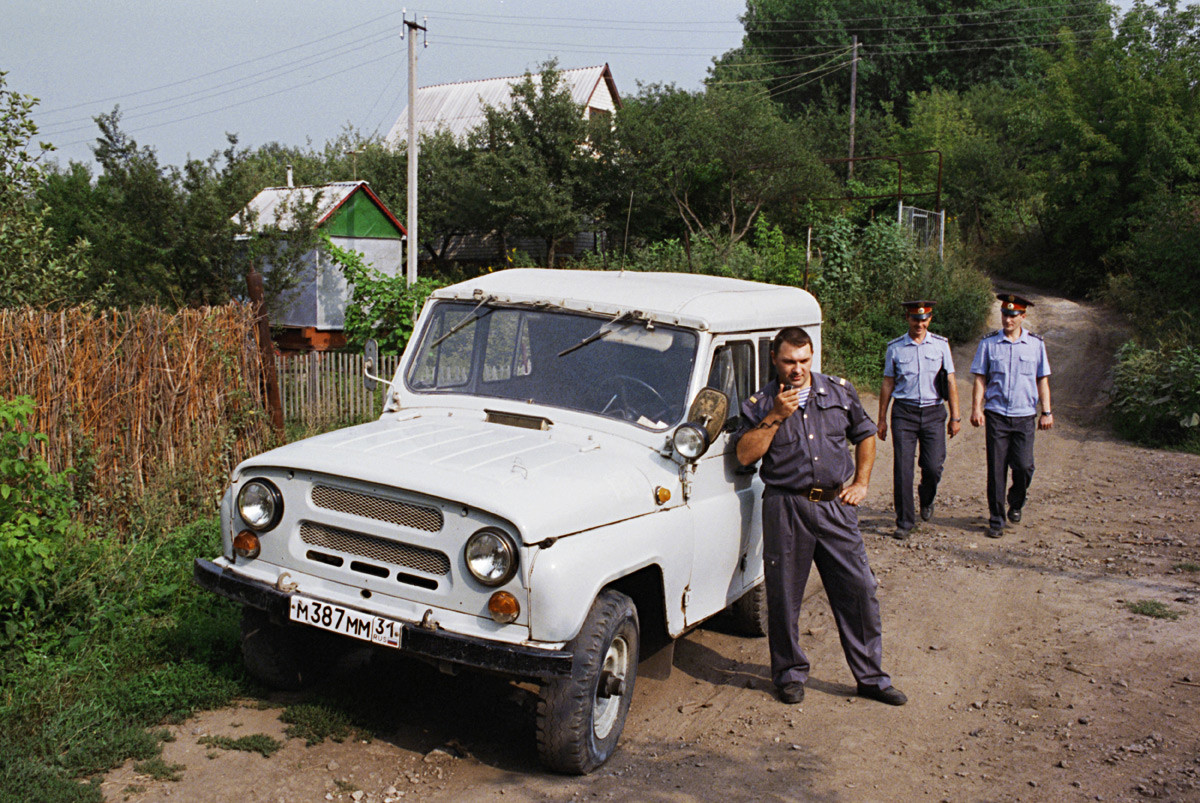 For 25 years this car has been the workhorse of the Russian police, especially in the country. Although these cars are slowly being replaced by more advanced models, the reliable and unpretentious UAZ-31514 remains one of the main police vehicles today. 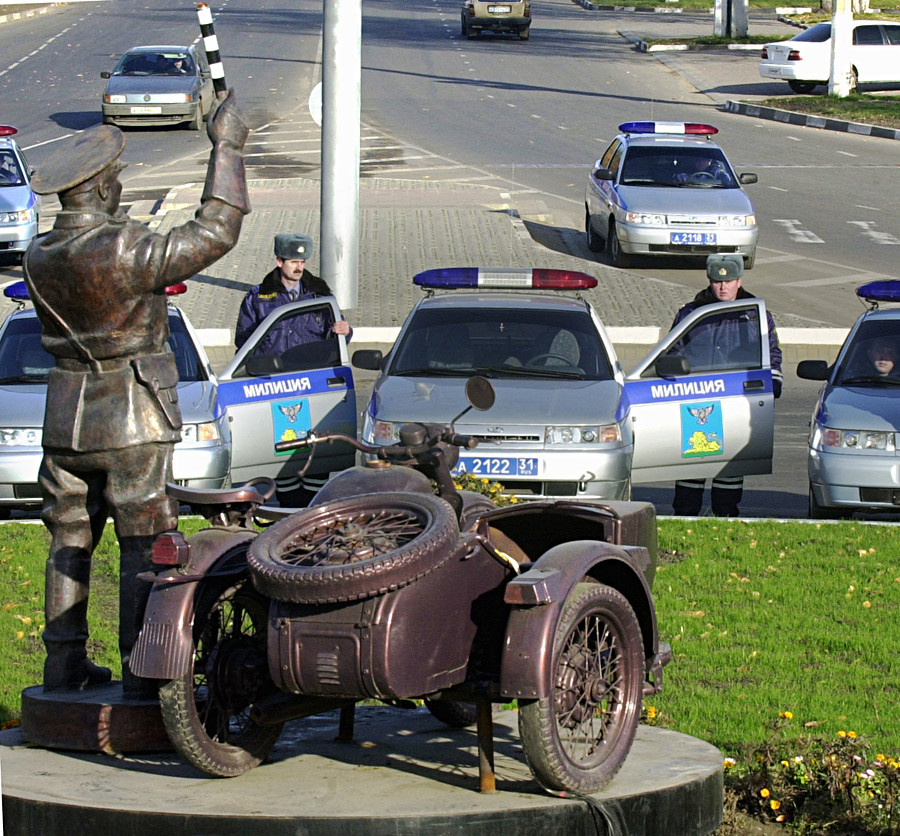 VAZ-2110 is mainly used by Russian traffic cops. It is a good vehicle for a chase. Surprisingly, even senior police officers are often seen behind its wheel. 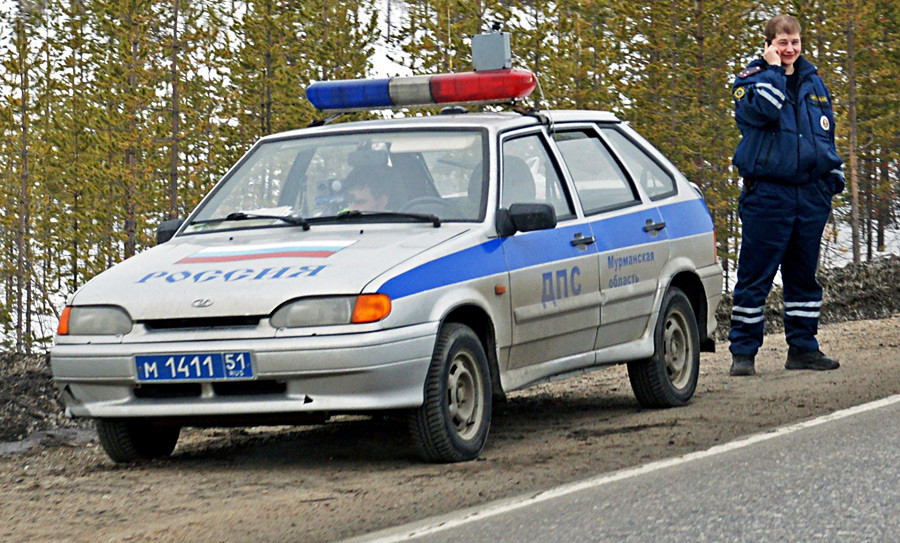 Nowadays, Russian police have a wide range of vehicles to choose from: from Mercedes to Porsches. Domestically produced vehicles, however, still form the core of police fleets. The most widespread police vehicle today is the VAZ-2114, which can be found in every Russian city or town.