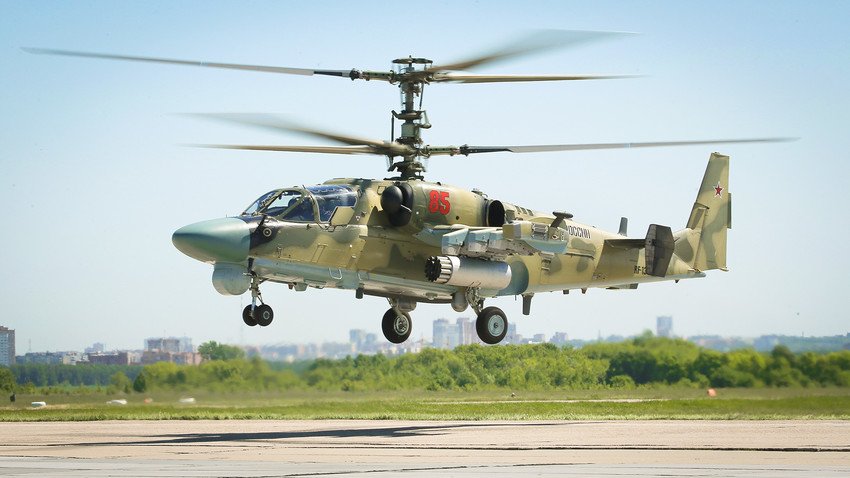 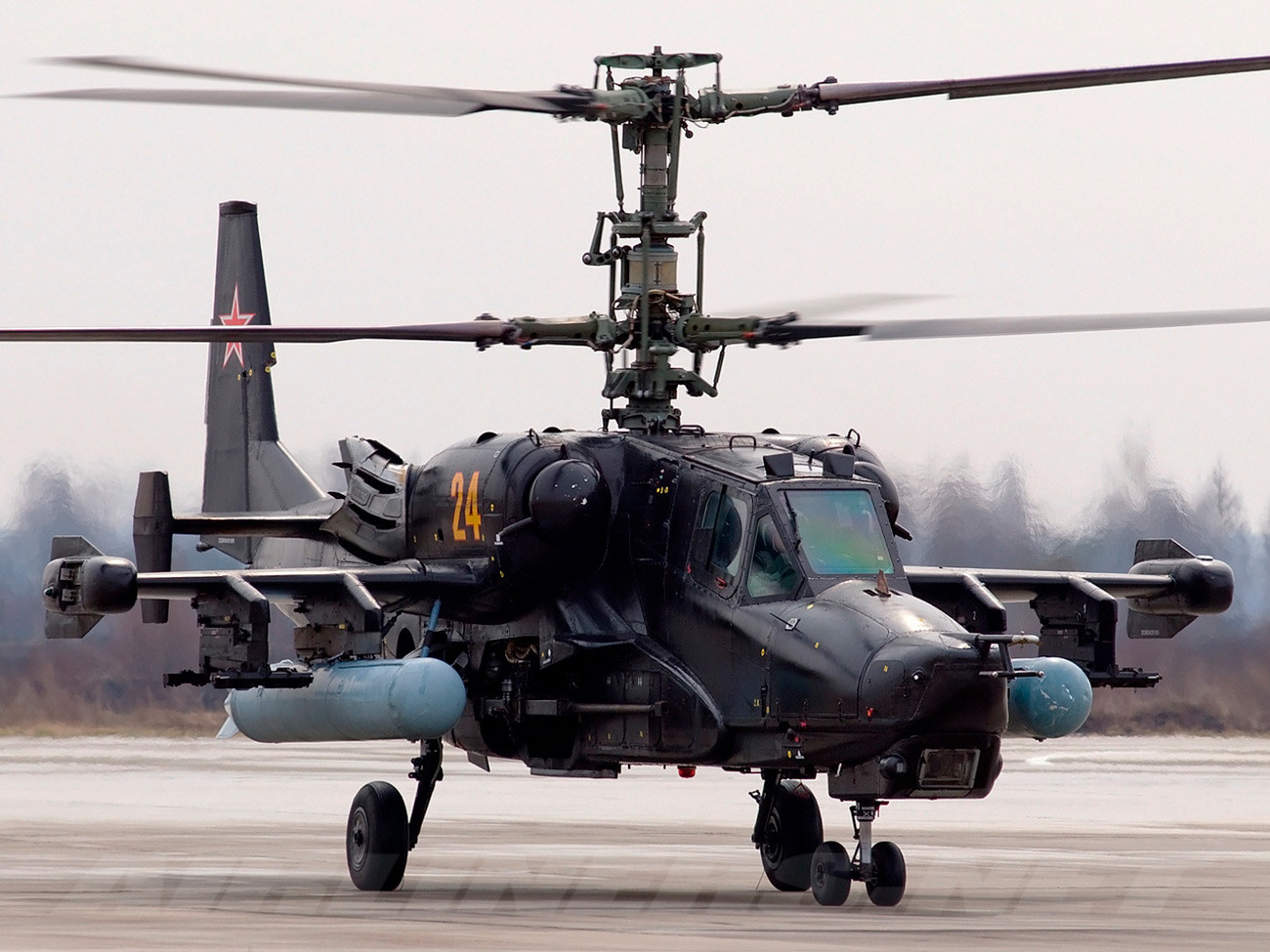 Designed in the early 1980s, Ka-50 was the new generation Soviet attack helicopter. In case of a possible “big war” in Europe it had to smash NATO ground forces, including heavy armor and effectively surpass enemy anti-air units.

Due to its distinctive coaxial rotor system, the Black Shark was fast, maneuverable, had high combat survivability and excellent flight performance. It was one of the few helicopters in the world that could perform a loop.

A unique characteristic of the Ka-50 was its ejection system - a rare feature for helicopters. Before the pilot’s seat was ejected, the rotor blades were blown away by explosive charges in the rotor disc.

Unlike other attack helicopters of those times, Werewolf, as NATO called Ka-50, was designed as a one-seat helicopter, where the pilot was also an operator-navigator. At first, it was seen as a perfect solution: it made the helicopter lighter and saved money on pilot training. To prepare a crew for the attack helicopter cost a little less then the helicopter itself.

However, the combat use of Ka-50 during the Chechen conflicts showed that Kamov designers were wrong: only top aces could simultaneously fly Black Sharks and effectively lead fire. After 17 units were produced, the project was closed in 2009. 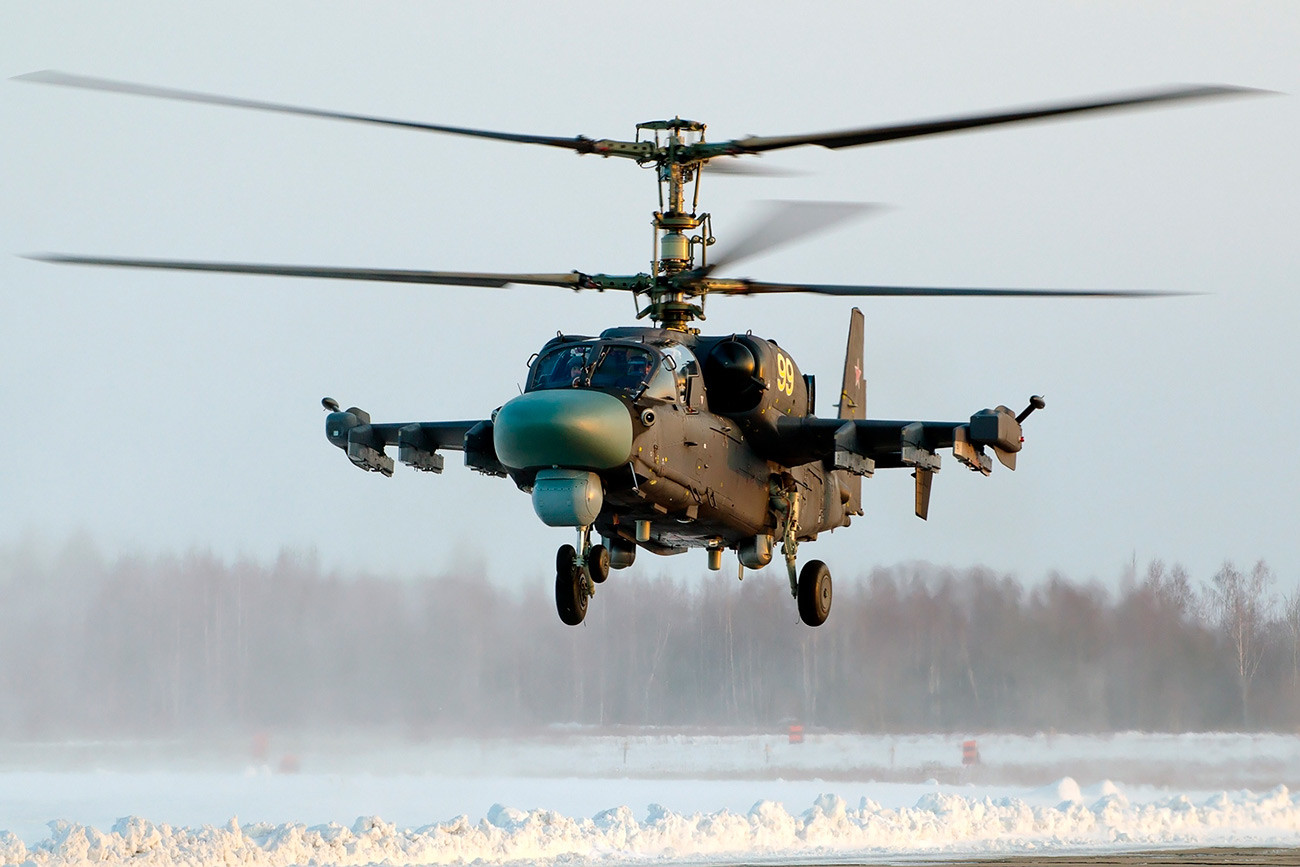 Ditching the Ka-50 didn’t mean that such perfect successful technologies were binned too. They were used in the Black Shark’s “younger brother” - the Ka-52.

Alligator, as the helicopter was called, was designed as a two-seater. A traditional tandem-seat cockpit was ditched in favor of a side-by-side arrangement, which significantly improved pilot and co-pilot cooperation.

The Ka-52 took much from its predecessor, including the unique ejection system. However, the new helicopter had much more advanced navigation, piloting and combat avionics systems.

The Alligator happened to be much more fortunate than its “brother.” It is actively in production - over 120 helicopters have been produced to date. Some of them were sent for combat activities in Syria.

A special naval version - Katran - is able to fold the rotor blades. Such helicopters were planned to be compactly placed on the Mistral-class helicopter carriers. However, after the Russian-French agreement on supplies of Mistrals was canceled in 2015, it was decided to deploy Katrans only on the Russian heavy aircraft cruiser Admiral Kuznetsov. 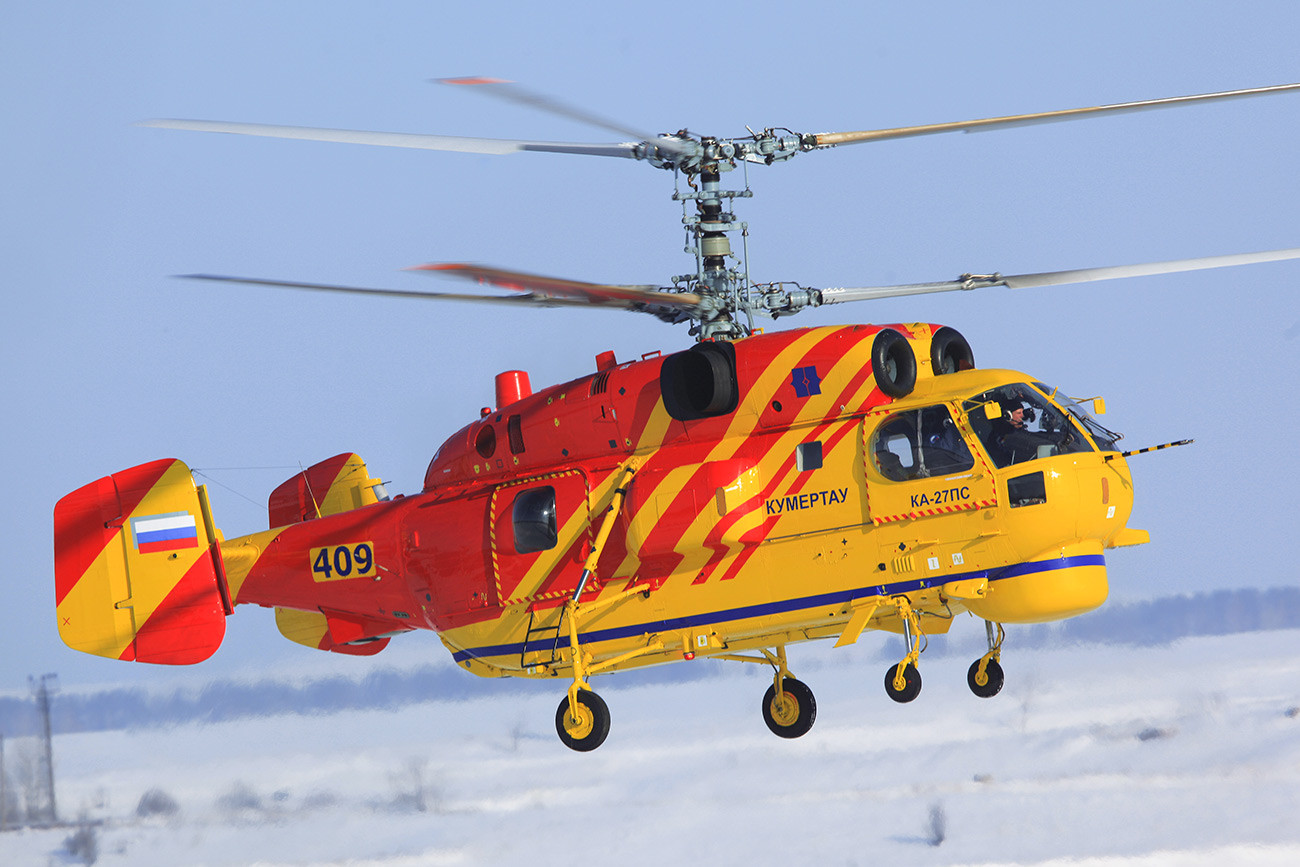 The Ka-27 was the most successful naval helicopter designed in the Soviet Union. Its main task was to protect heavy aircraft cruisers from enemy submarines.

Equipped with the most advanced avionics, the helicopter is able to effectively search and terminate submarines at a depth of up to 1,640 feet, both during the day and night, in any weather conditions and even during a 5-degree sea storm.

The Ka-27 has had dozens of modifications: from hunter for the submarines (Ka-27PL) to radiation surveillance helicopter Ka-27E. It is also actively used for search-and-rescue operations.

Designed in the 1970s, the helicopter is still indispensable for Russian Naval Aviation, as well as for the military of China, India, South Korea, Laos and Vietnam. For civil purposes the helicopter serves in Switzerland, Portugal, Japan and Canada.

It is believed the Ka-27 should be replaced in the future by the “Lamprey” helicopter, designed by the Mil Moscow Helicopter Plant. The latter, however, remains today only a concept on paper.