Science & Tech
Nikolay Shevchenko
Legion Media
She is positive she has dissociative identity disorder. Doctors struggle to make a diagnosis.

A young woman walks into a cafe and orders something to eat and drink. She takes her meal, goes to a table, and suddenly realizes there’s a bottle of water in her jacket pocket. She doesn’t remember how or when it got there, or whether she paid for it.

It's a normal occurrence in the non-normal life of 18-year-old Esteri (a pseudonym the Moscow school-leaver has been using for a while). Sometimes the inexplicable occurs: Objects turn up in unexpected places, the password on her iPhone suddenly changes.

Although she has no memory of how such things happen, she knows the reason behind them: “Besides my own personality, there are three others inside me.”

Esteri’s slender arms are covered in tattoos. Octopus tentacles wrap around her wrists, together with the inscription “Do what thou wilt”. Her hair is cut short. At every sudden sound, she falls silent, turns around, and doesn’t continue speaking until the noise stops. 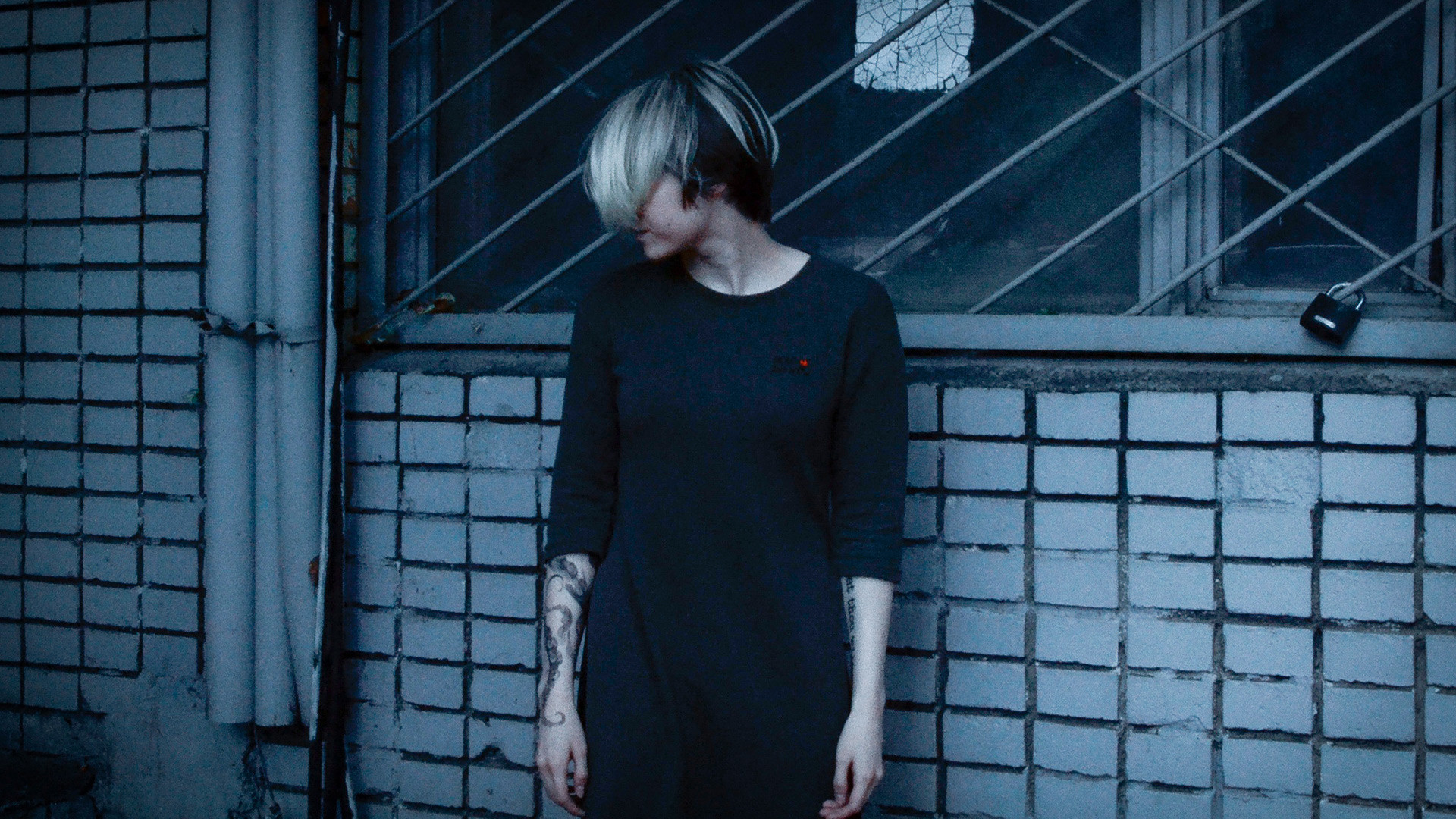 Esteri (pictured) says she has the dissociative identity disorder because she feels multiple personalities living inside her.

“It’s like an internal dialogue, but with a difference. If a person tries to simulate an internal dialogue, they'll come up with phrases and answer them, but they'll know the phrases in advance. But when you talk to your personalities, you don’t know what they’ll say,” Esteri attempts to explain the unexplainable.

The best way to vicariously experience what it’s like to live with dissociative identity disorder (as this rare and controversial phenomenon is called) is to watch the movie Split, in which a stranger kidnaps three schoolgirls and displays 23 distinct personalities in one body, each with its own attitude towards the abducted victims.

In Split, a stranger kidnaps three schoolgirls and displays 23 distinct personalities in one body, each with its own attitude towards the abducted victims.

Unlike the movie protagonist, Esteri has “only” three separate personalities, besides her own. And hers do not interact with each other quite as dramatically as in the film.

“I kind of hang back,” Esteri points to the back of her head, “and one of them steps forward and does things for me.”

Total memory loss, however, is a rare occurrence for her. “After about 15 minutes, I remember fragments of what’s been happening, like in a dream,” she says.

Though she hears voices in her head, Esteri describes them in less sensational terms than movie scriptwriters: “I don’t hear sound hallucinations, it’s more like an internal monologue... except for the feeling that I don’t know what it is or where it’s coming from.”

The three personalities that Esteri feels besides her own all have clearly defined functions and situations for which they are responsible. “The first is called Max. He’s my protector. When I feel bad, he turns off all my emotions. It creates this sense of perfect calm. As if someone’s got their arm round your shoulders. You sit there, and he does everything. You just hover inside your body, while he does stuff without you having to fret at all.” 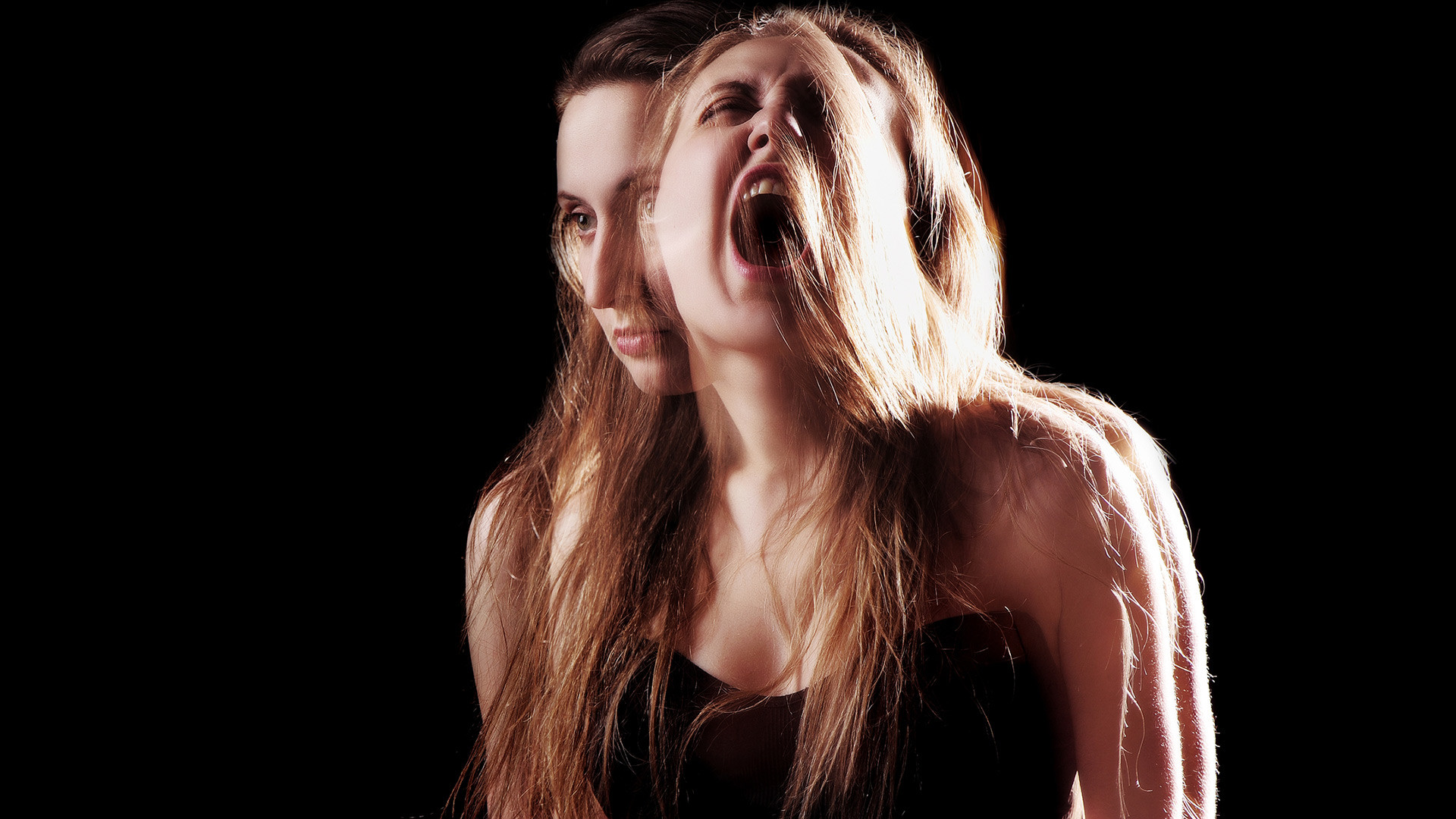 The three personalities that Esteri feels besides her own all have clearly defined functions and situations for which they are responsible.

The second subpersonality goes by the name of Frankie. She is responsible for communicating with other people. Esteri herself gives the impression of being wary of others, closed off to new acquaintances. “Frankie has a few social functions. She loves clothes, talking to people, and she’s polite. She performs communication functions, because I’m not cut out for that,” explains Esteri.

The third subpersonality is Charlie. From Esteri's description of him, he sounds like what “normal” people would call the voice of reason, with one exception: “I can talk to him and ask him to speak with the other personalities. It works.”

This admission sounds so far-fetched that she herself tries to find an acceptable explanation for what is happening to her. At the same time, she does not expect any assistance from the medical profession.

Patients who display signs of multiple personality disorder have divided the medical community into two camps.

“There is no consensus regarding the unconditional existence of dissociative identity disorder within the medical community,” says psychiatrist Vladimir Motov, who heads the general psychiatric department at Psychoneurological Institution No. 13 in Moscow. 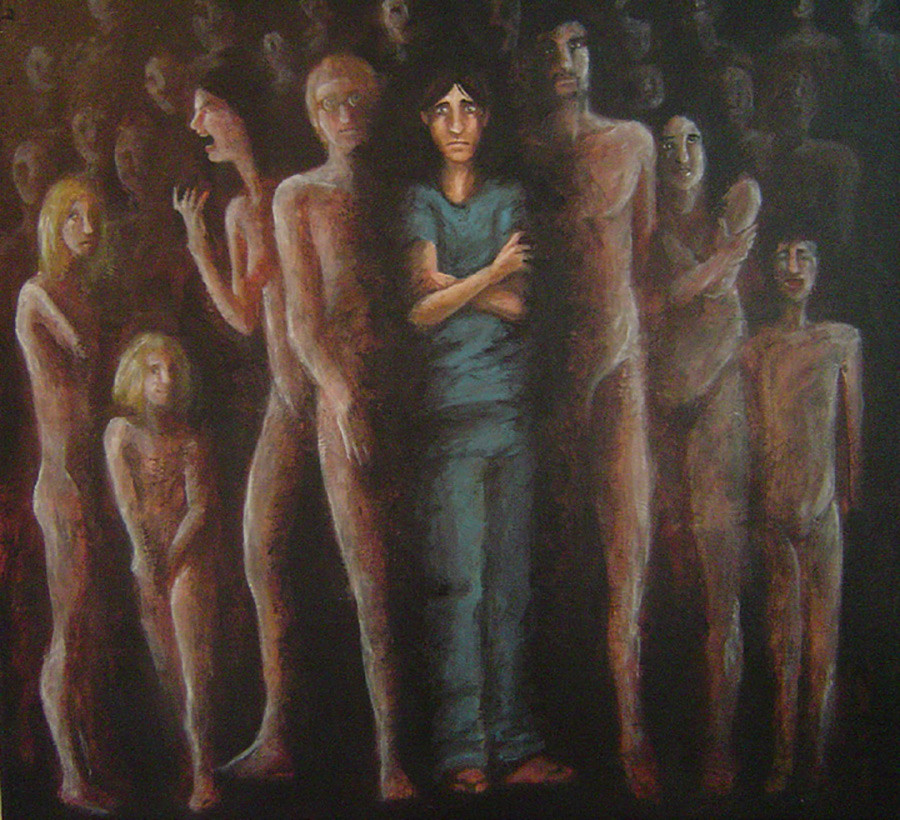 “There is no consensus regarding the unconditional existence of dissociative identity disorder within the medical community.”

Studying at the George Washington School of Medicine, he learned firsthand that top US medics do not see eye to eye on multiple personalities.

“Georgetown University professir of psychiatry, Robert Simon, is certain of the validity of DID, and emphasizes his own experience of treating patients diagnosed with it, as well as having had a number of colleagues who themselves had seen many cases,” says Motov, who had an opportunity to talk to Dr. Simon while in the U.S. But during his year-long psychiatric study in the U.S. in 2002, the Russian specialist never personally witnessed such a case.

The phenomenon of multiple personalities first captured public interest back in the 1950s, when two novels on the topic were made into hit movies: Lizzy and The Three Faces of Eve, both in 1957. 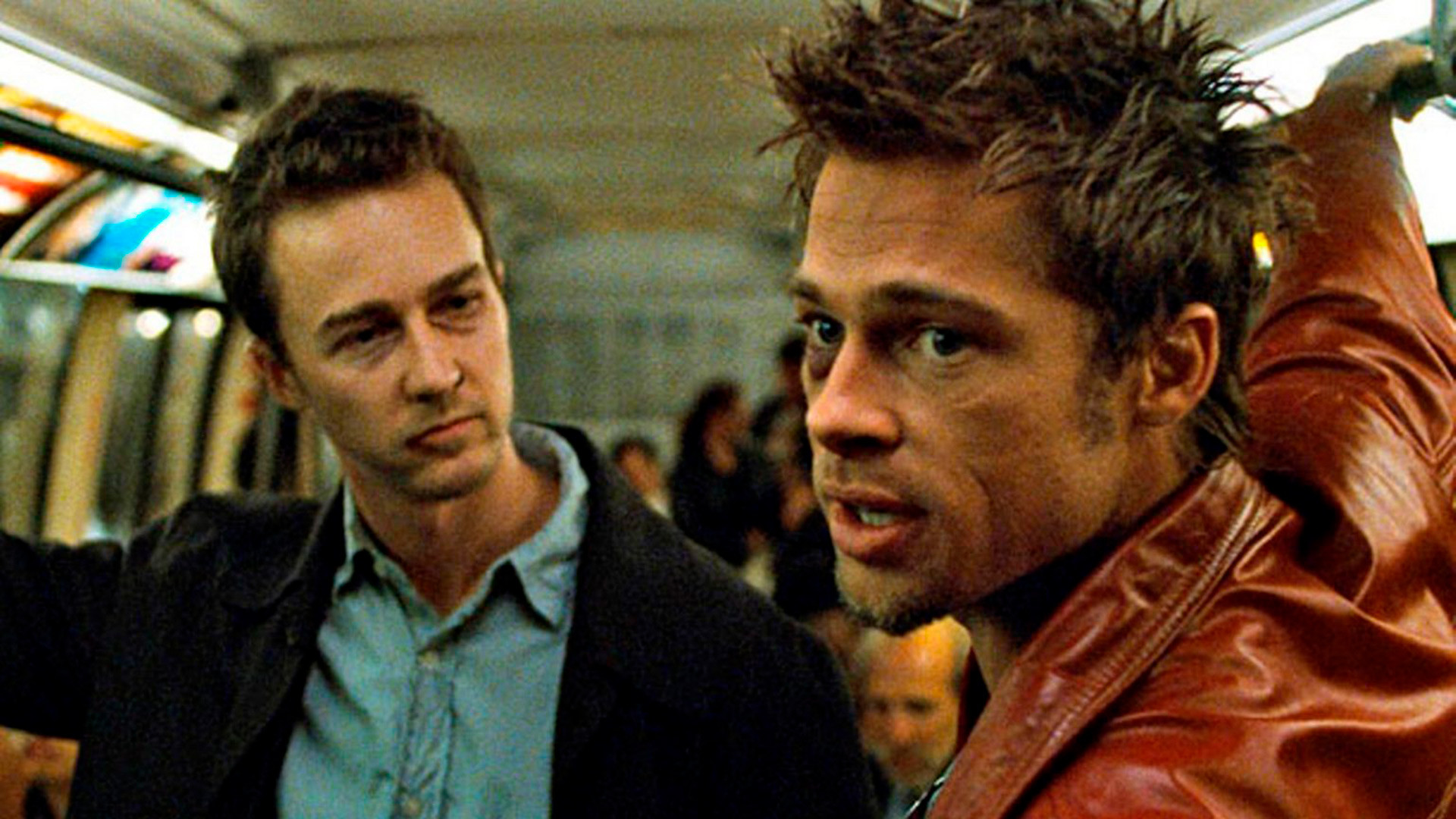 David Fincher played with the idea of multiple personality disorder in his film Fight Club.

Soon, scientists became interested in the inexplicable affliction, and alleged sufferers began to talk openly about the disorder.

In 1985, The New York Timescovered the incredible story of John, an air traffic controller who broke down at work, babbling to pilots in baby talk. John was diagnosed with multiple personality syndrome (as dissociative identity disorder was called back then).

But not all specialists were convinced. Many psychiatrists openly opposed such diagnosis in patients.

“Another, no less well-known American psychiatrist, Professor of psychiatry at Johns Hopkins University, Paul McHugh, argues that DID is a manifestation of hysteria, and not some special mental disorder, and is often the product of massive indirect suggestion by the therapist,” said Motov.

Despite the skepticism of parts of the medical community, research continued, fueling public interest even further. In 1998, Dr Bennett Brown of Rush-Presbyterian-St. Luke’s Medical Center in Chicago initiated a major study of patients diagnosed as having multiple personalities. The purpose was to examine how changes in the mind could alter the physical characteristics of patients’ bodies; for example, why an allergic reaction to orange juice manifests itself differently in the distinct subpersonalities of one patient.

But Dr Brown was unable to complete his research: The following year, 1999, he was stripped of his license for two years and banned from studying the split personality phenomenon for a further five years after the two-year suspension. He was 60 years old when the decision was taken, and he never returned to work.

In Russia, dissociative identity disorder is not diagnosed by medical professionals. Due to a lack of proven clinical cases, coupled with superficial research, Russian doctors are extremely skeptical about the disorder.

“In professional psychiatric circles in Russia, people are embarrassed to even raise the subject. Ask any serious Russian psychiatrist about dissociative identity disorder, and they will look upon you with pity in their eyes,” says Motov.

He puts the difference in attitude between Russia and the US down to the differing schools of psychiatry practised by doctors on the two continents: “The Russian understanding of many psychiatric issues greatly differs from the American.” 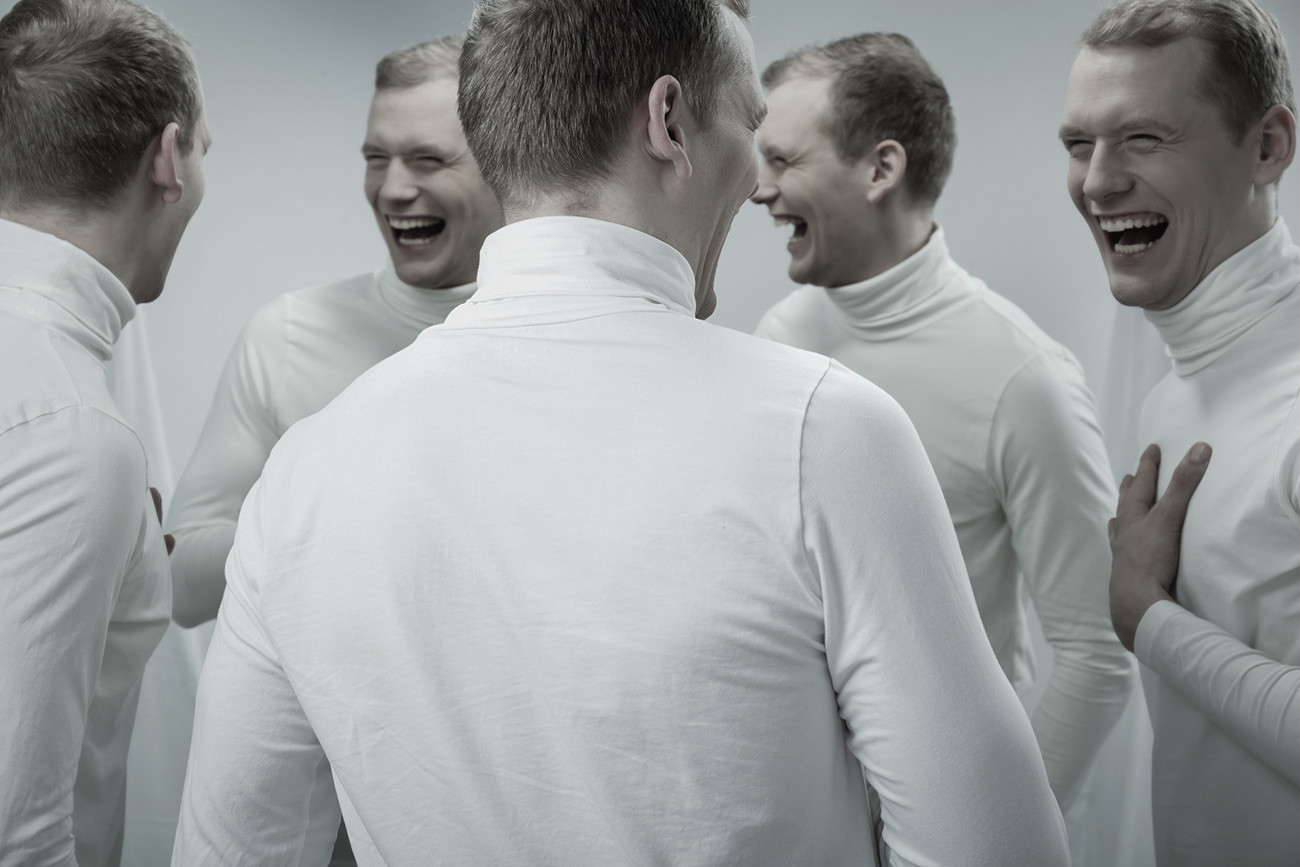 In Russia, dissociative identity disorder is not diagnosed by medical professionals. For Esteri, this is a problem.

For Esteri, this is a problem. “When I spoke to a psychiatrist about my depression and multiple personalities, she told me it was strange and that such a diagnosis is not made in Russia,” she tells.

After observing Esteri, the psychiatrist remained skeptical and advised her to find a specialist in the field. Try as she might, she couldn’t find such a doctor, and ultimately gave up.

Truth is all in the mind

Esteri sits at a cafe table, sips water from a bottle, and stops talking every time the noisy coffee machine starts whirring. She talks about the sexual abuse suffered at the hands of her father in childhood, about the conflicting voices in her mind, about the gaps in her memory, about her sudden mood swings, about the periods of deep depression she goes through, and about the three different personalities who “live” in her head, all in a tone of voice as if telling about a trip to the grocery store.

She clearly doesn’t care whether anyone believes her story. But does she believe it herself?

“Some consider their personalities to be separate people. But I still understand it’s something inside my brain, so I wouldn’t describe them as separate people,” says Esteri.

Two close friends of hers say they believe her, although they cannot recall any particular oddities associated with her subpersonalities. “Sometimes when talking, her voice changed, it could become higher-pitched or rougher,” says Ilya Dinin, a former classmate who dated Esteri for a while. Apart from that, he struggles to remember anything out of the ordinary.

Another ex-schoolmate, Marianna Zhigun, wants to believe Esteri, but thinks her friend’s self-diagnosis might be mistaken. “We agreed that we only half-believe it, because there has to be room for critical thinking. I believe her, but so far there’s no clear-cut evidence. I admit we may be wrong,” says Zhigun.

During their school years, she and Esteri were fond of psychology: “We were interested in depression, schizophrenia, and panic attacks.” Is it possible that Esteri invented her diagnosis to attract her friends’ attention?

It can't be ruled out, but even that explanation doesn’t resolve the issue. Paradoxically, even if Esteri concocted her own diagnosis, it still does not exclude the presence of multiple personalities somewhere inside her.

The Johns Hopkins Psychiatry Guide says that in addition to deep childhood trauma, dissociative identity disorder can arise from another origin: “Some people, without conscious intention, develop the behaviors seen in DID as a matter of suggestion, conditioning, and underlying vulnerability.” If the patient really believes that they have a split personality, this in itself can produce signs of DID.

As for Esteri, she has given up hope of finding an answer. She has no desire to communicate with fellow sufferers, does not seek help from specialists, and has generally learned to cope with her different personalities: “If we have a contract and nobody violates it, what’s the problem? It seems to work: Frankie handles all the crap I can’t be doing with. Max has my back if something happens. As for Charlie... he’s always a source of good.”

Click here to read about experiments to train psychic soldiers with superpowers in Russia.