Moon diaries: How to prepare for 4 months in lunar orbit

Ilya Pitalev/Sputnik
One can't just decide to fly to the Moon and do it. First, one has to be examined by a multitude of doctors and go through months of rigorous training, says Anastasia Stepanova, who is taking part in a joint Russian-U.S. space project.

I am flying to the Moon. Our crew of 6 will approach it and circle it in search of the best place to land. Four of our crew members will reach the moon surface to conduct experiments. Then we will float in lunar orbit, remotely controlling the lunar rover, until we finally return home. The whole expedition will take four months. Ah yes, and all this is taking place in Moscow, not far from the Polezhaevskaya metro station!

Behind an inconspicuous gray fence lie the grounds of the Institute of Biomedical Problems under the Russian Academy of Sciences (IBMP), where, since 1969, space isolation experiments have been held, including the recent MARS 500. Now it is the site of a project in which I am taking part called ‘SIRIUS’ (Scientific International Research In Unique terrestrial Station). 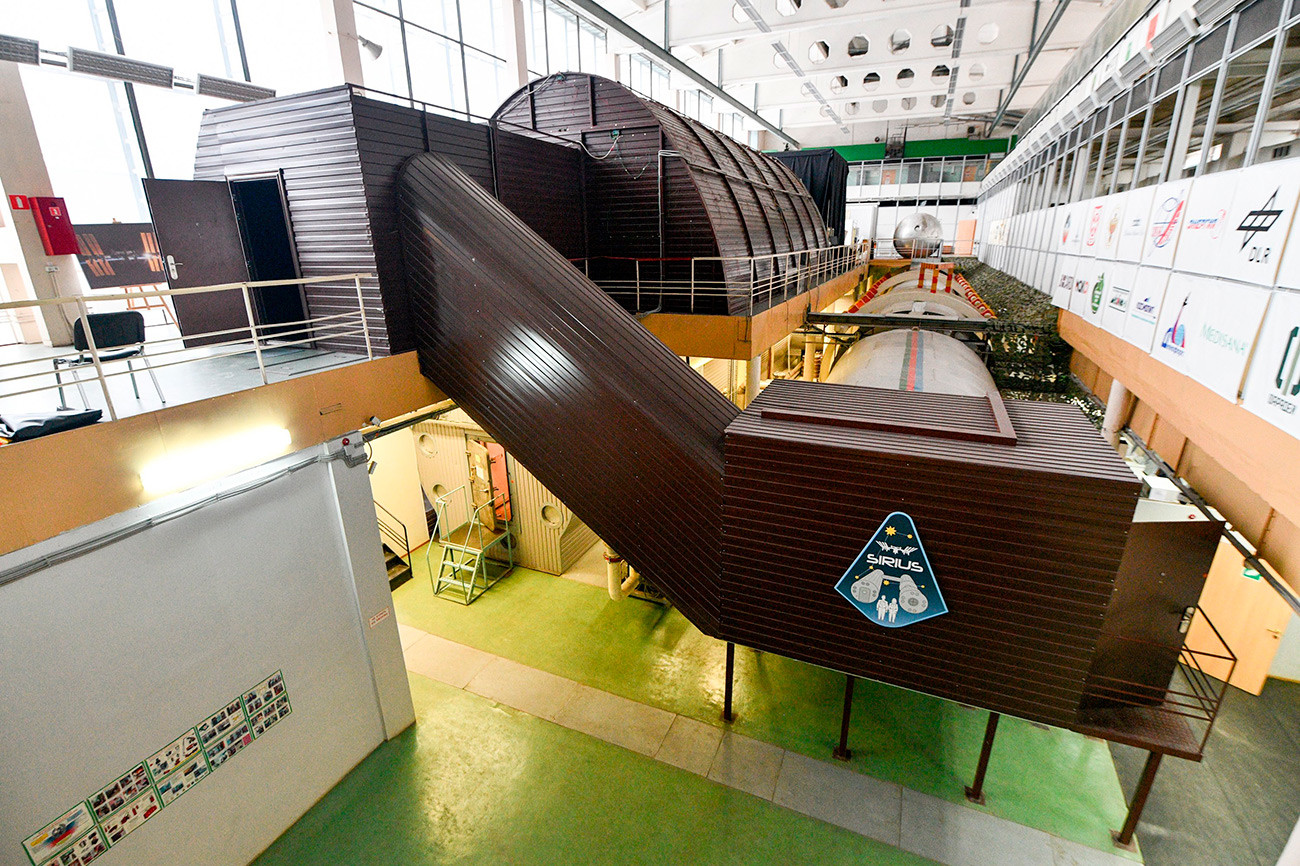 It’s a joint project between the IBMP and the NASA Human Research Program, with the participation of partners from Germany, France, and Italy. SIRIUS is used to model long-term human spaceflights to study issues related to isolation and restricted to a confined space.

Global powers have once again turned their attention to the Moon in the hope of getting access to its potential resources. In 2018, the U.S. Congress allocated $450 million to explore the possibility of building the Lunar Orbital Platform, a space station in lunar orbit. In the meantime, scientists and doctors from different countries are carrying out simulations aimed to detect and predict all the risks associated with the human factor.

SIRIUS is an example of cooperation between Russia and the United States in studying human behavior and health in extreme space conditions that astronauts will face during missions to the Moon and Mars. 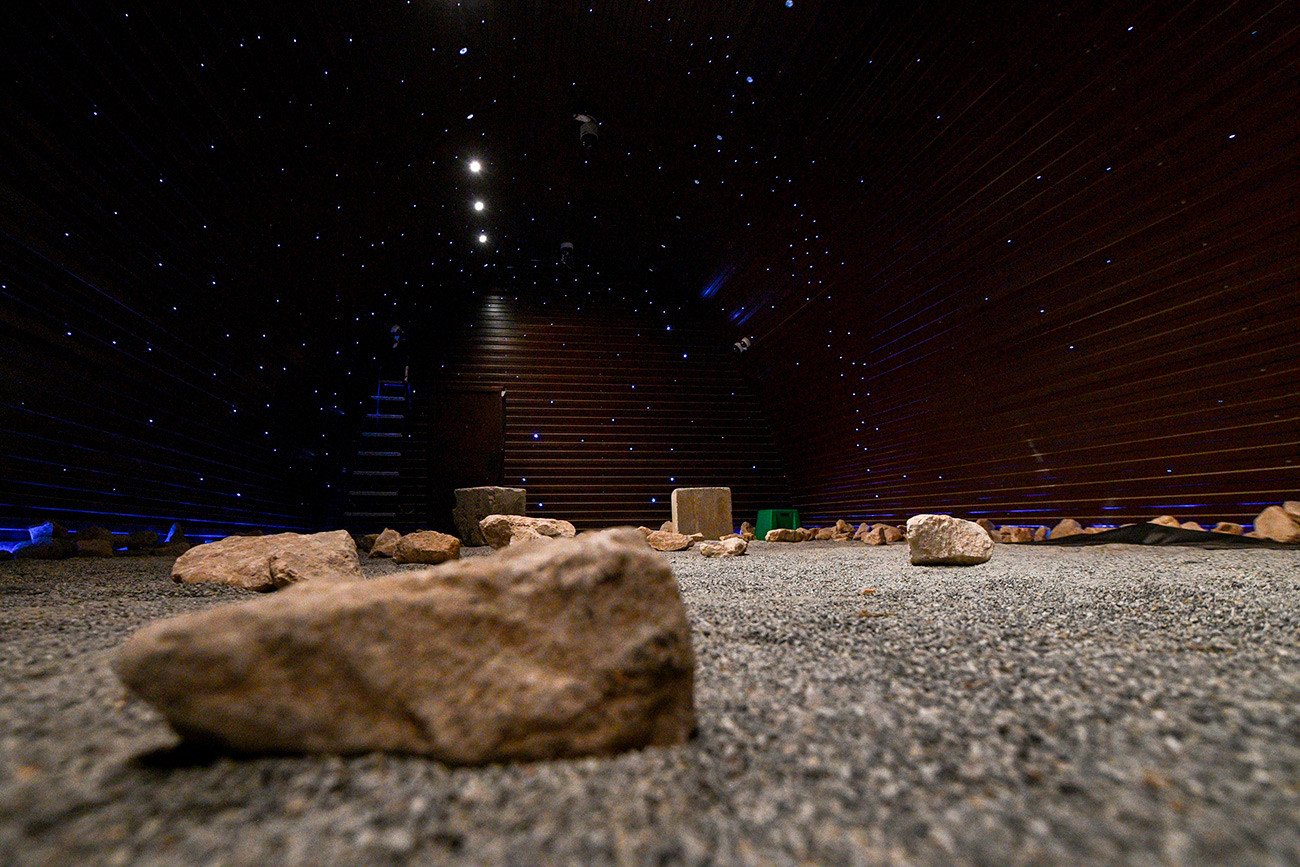 To reduce risks in the future, scientists are studying human psychology and performance in controlled isolated conditions. Our ground-based experimental facility is the equivalent of a space station, consisting of five interconnected modules, with an autonomous atmosphere and pressure inside. Here, six testers (including myself) will live and work for many months. The SIRIUS project is designed for a period of up to five years. Over this time, several isolation experiments are planned, for durations of four, eight and 12 months. 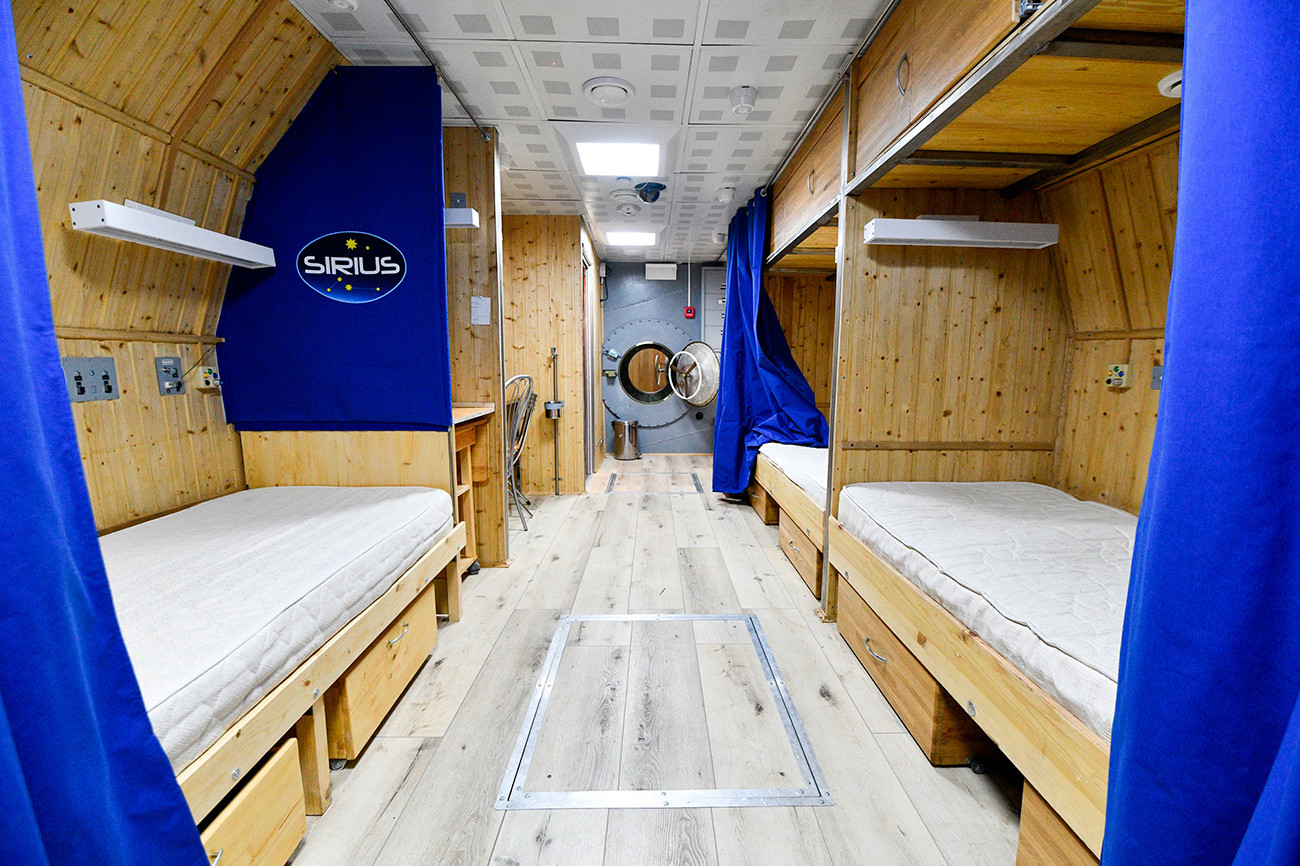 The first test experiment in the SIRIUS series was conducted in November 2017 and lasted 17 days. On March 19, 2019, our four-month-long experiment was launched with the crew consisting of:

Crew engineer, an employee of the Rocket and Space Corporation Energia

Crew surgeon, a junior research associate at the IBMP

Crew member 1, a materials engineer and research analyst at LROC

Crew member 3, a journalist, an engineer, an employee of the IBMP

Astronauts say that preparing for a spaceflight is much more difficult than the flight itself. And after training for a four-month lunar flight simulation, I can concur. Six months in advance, prospective candidates from the Russian Federation and other countries had to send their applications to the Institute of Biomedical Problems, while applicants from the U.S. sent theirs to the NASA Human Research Program office. Candidates had to have a medical and/or engineering (or any other science) degree, be in good health (no chronic diseases), be over 28 years old, no taller than 190 cm, and know Russian and English fluently. 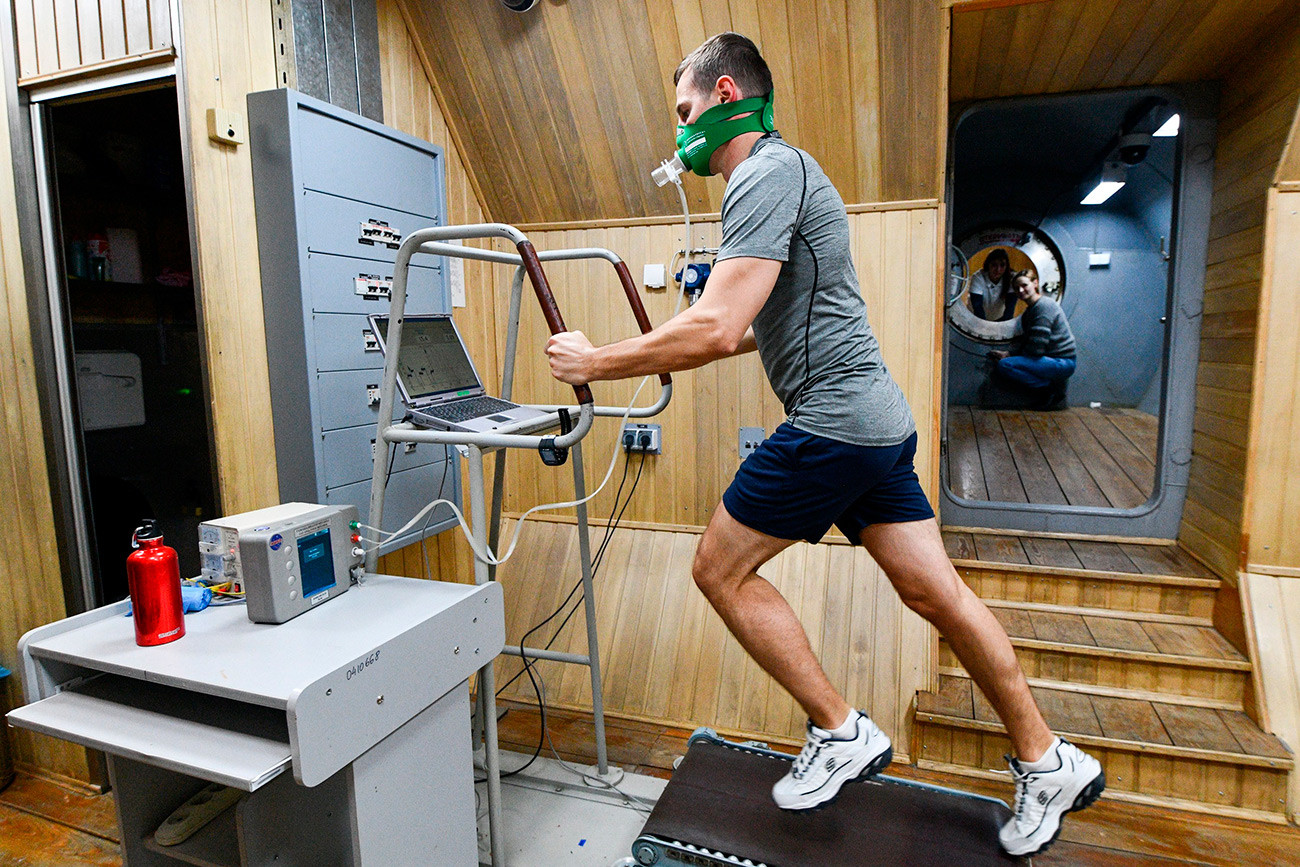 First, we had to undergo a medical examination, after which most of the candidates were eliminated. The ten remaining candidates then began their training three months before the actual start of the SIRIUS19 experiment. It was just a week before the official start that the commission determined the final composition of the crew: three men and three women, as well as two back-up crew members, who would be with us until the station’s hatch was closed, in case someone from the main crew could not take part. 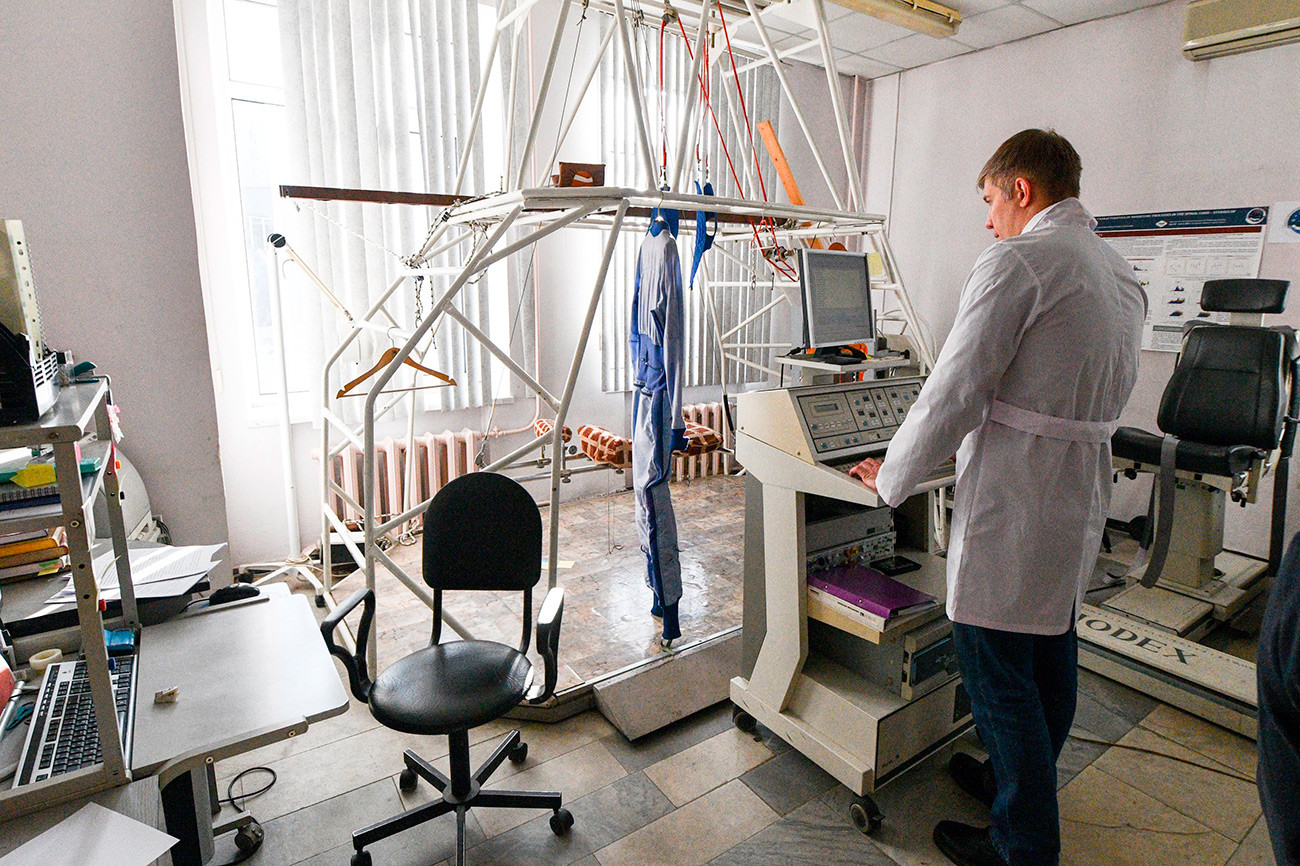 Training was very intensive, from eight in the morning till late in the evening, sometimes including weekends. We learned how to conduct experiments and took tests to explore the limits of our physical and cognitive functions.

Had it not been for SIRIUS19, I would have never been examined by so many doctors and done so many medical tests, some quite unusual. For example, we all had to have an ultrasonic examination of our buttocks to compare our body fat ratio before and after the experiment! 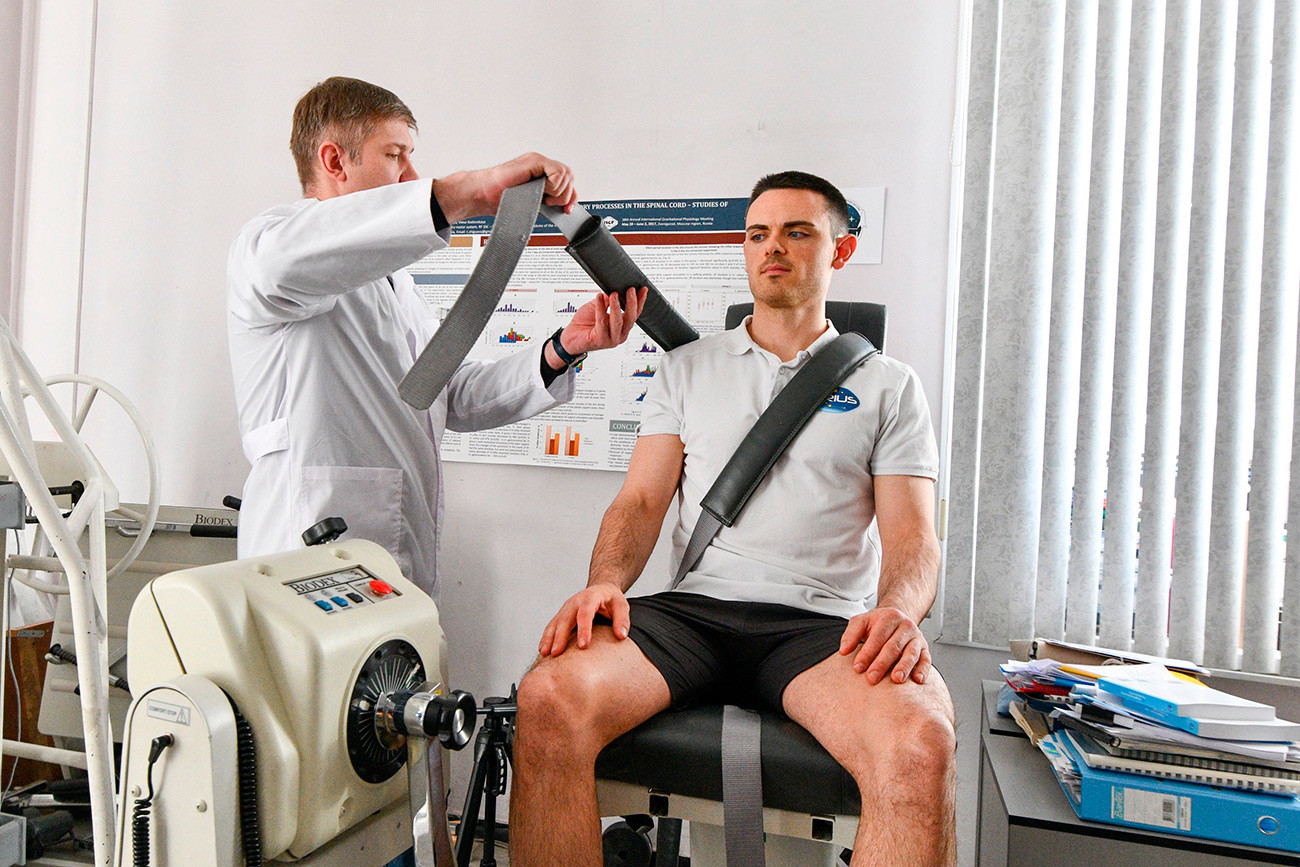 Thirty days before the start of the experiment, samples of our feces were collected to study our gut flora and prepare a special dietary supplement. Our samples were used to isolate and identify lactobacillus strains, and all this restores our gut flora and generally makes us healthier.

In the course of preparations for the experiment, we also had to wear sensors nonstop for up to 24 hours. If an electrocardiogram (ECG) sensor can be hidden under one's clothes, then the equipment supplied by the Berlin Medical University is definitely better kept out of other people's sight! 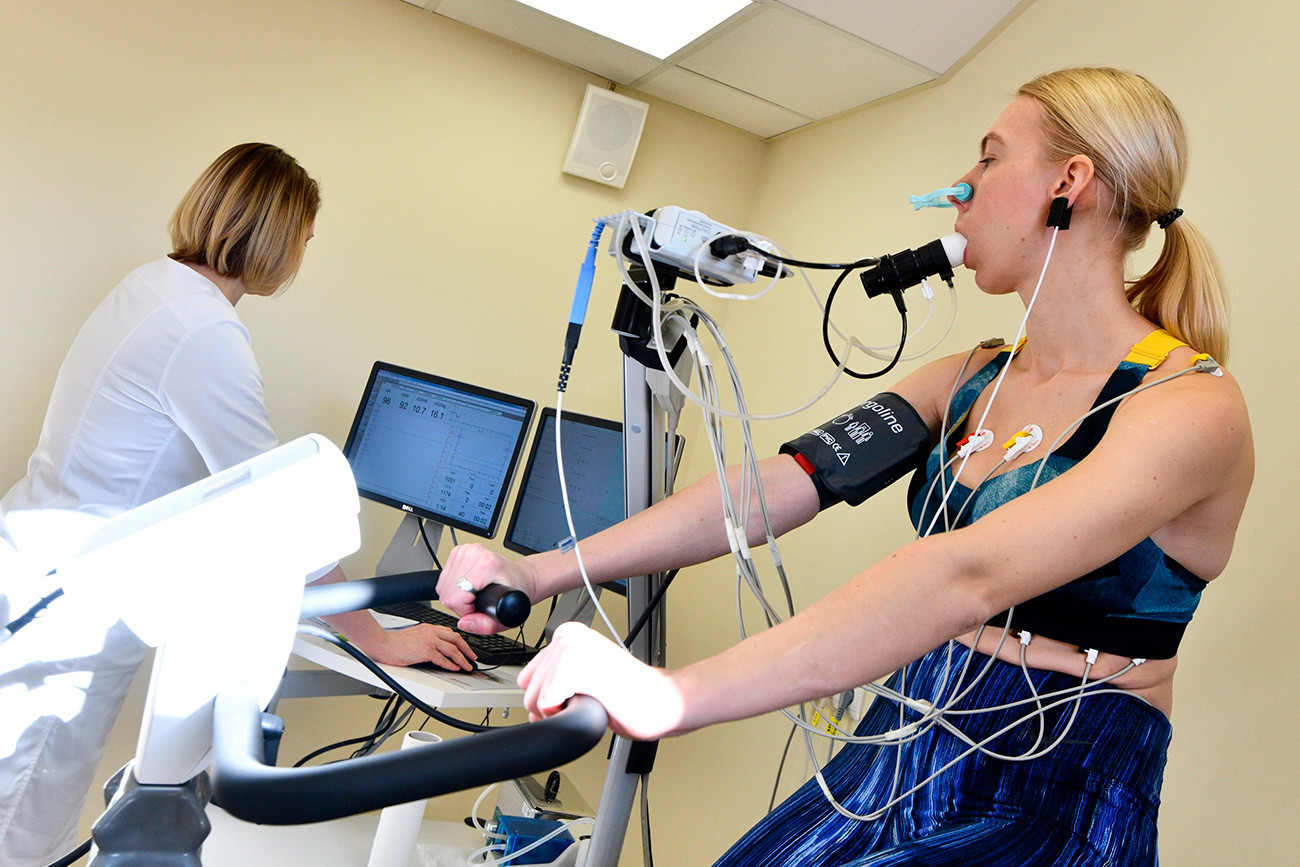 It consisted of a nasal cannula and some 12 sensors attached to one's head, neck, chest, legs and fingers. The equipment was used to carry out 16-hour-long monitoring of the physiological parameters of a person's cardiorespiratory system in a state of sleep and wakefulness. The study shows changes in the cardiovascular system, autonomic stress and the quality of sleep caused by isolation. 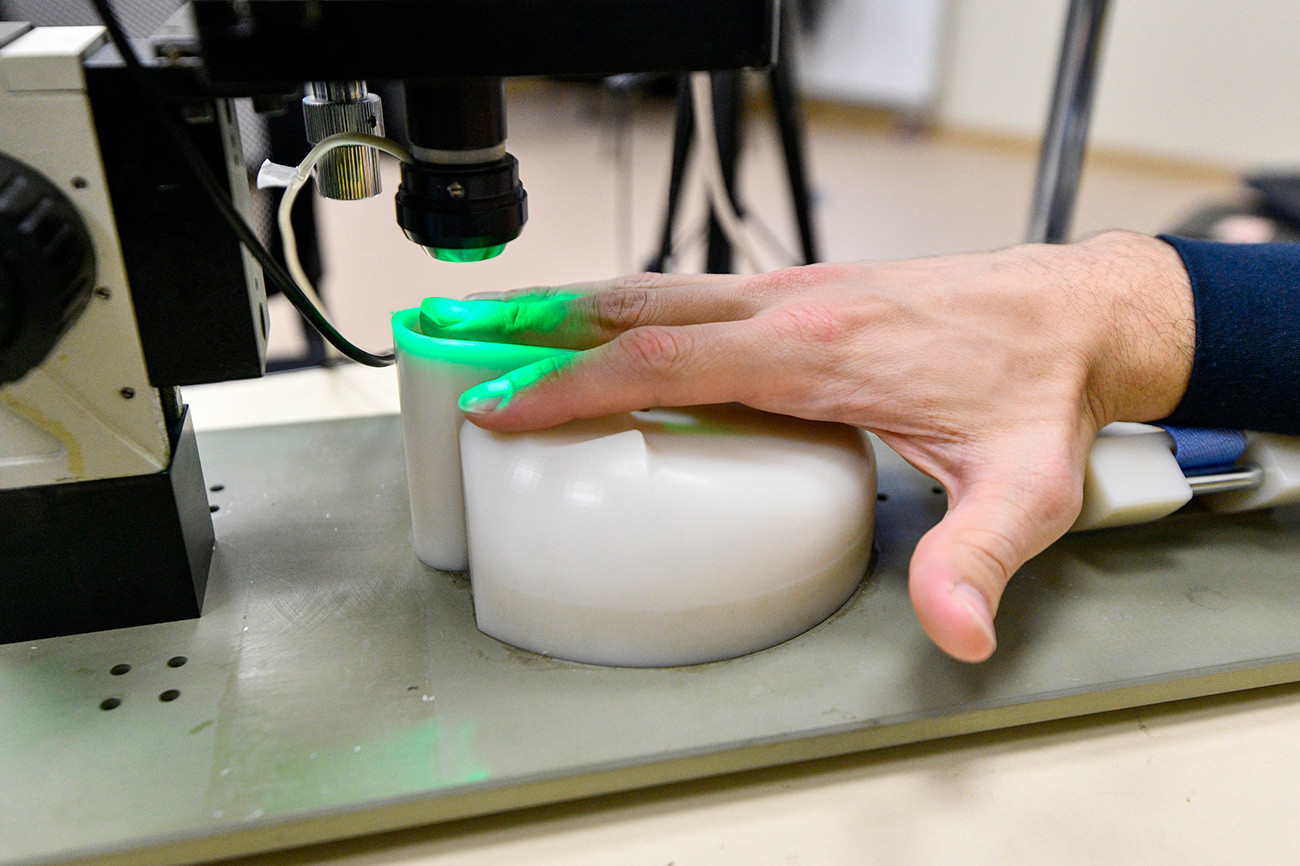 In addition, scientists tested our pain threshold. No, nobody tortured us, everything was quite humane. They used a small device, which is also used on the International Space Station (ISS). The tester places their right hand middle finger in the device, then presses the power button and holds it, as the rod with evenly increasing pressure presses on the pad of the finger. If an unpleasant sensation occurs, the tester releases the button. The digital value of the pressure on the finger is measured as the pain threshold. 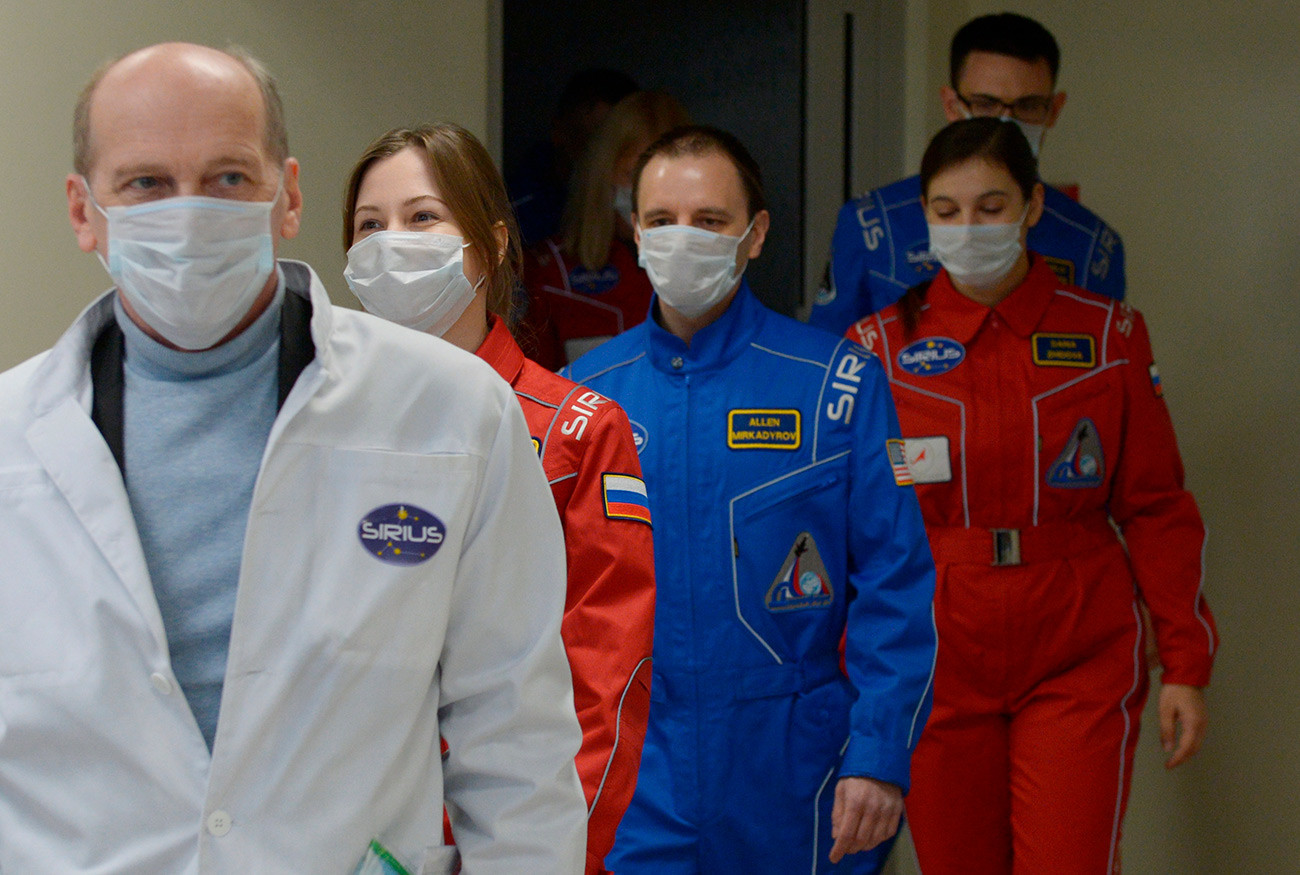 Overall, we had to be ready to conduct slightly over 80 space medicine experiments in isolation. Of course, it is impossible to memorize everything at once, so we had to repeat the detailed instructions over and over again. Add to this the physical training, studying the research program, constant appearances on the media, speaking at conferences and psychological test events. At the same time, we had to try to take care of our everyday affairs and spend time with our family and friends. 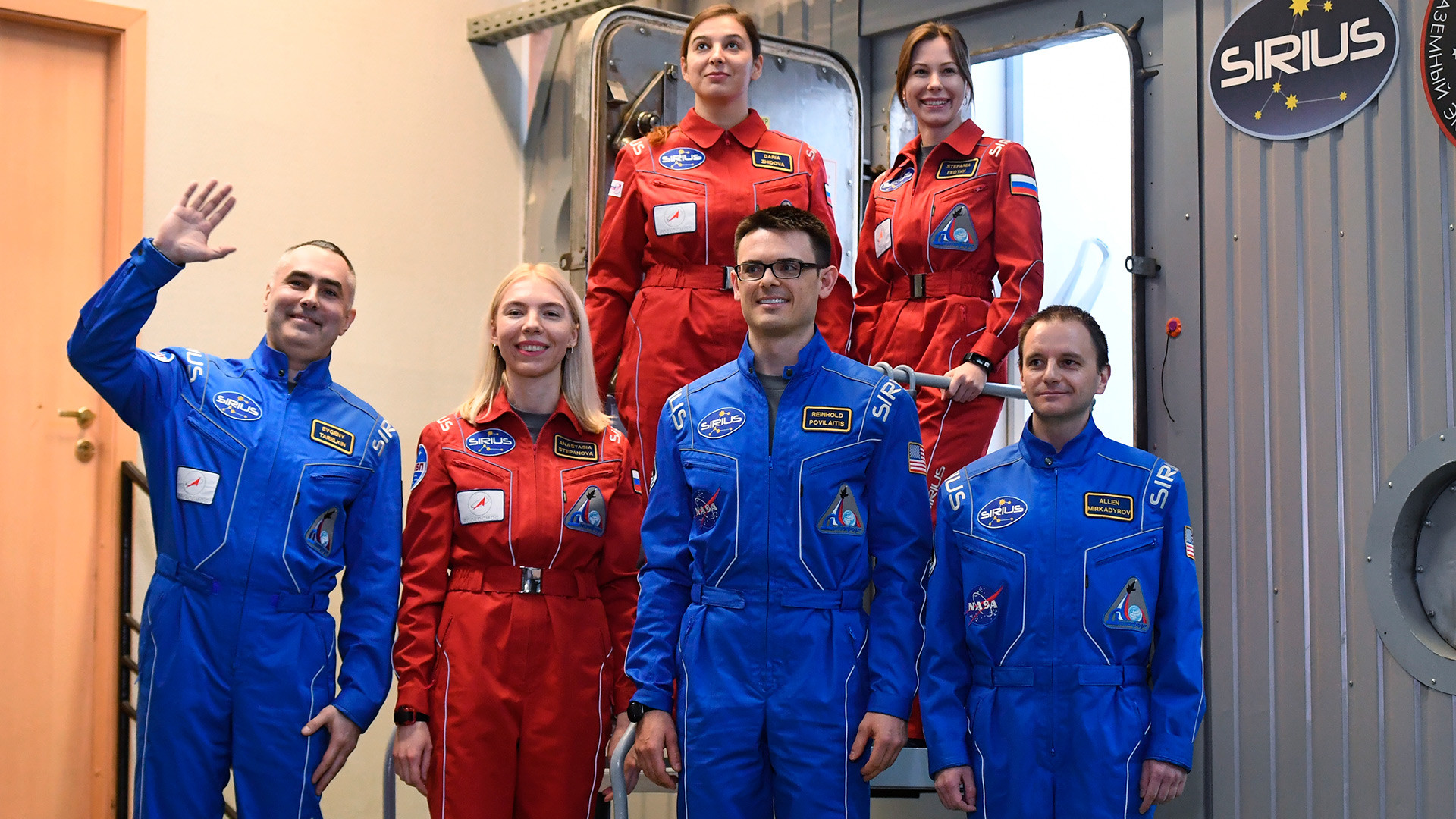 The crew spent the last two days before the start of the isolation experiment in quarantine, in order to get on board the station germ-free and practically sterile. Once in the hospital ward, with contact with the outside world at a minimum, we were able to exhale a little bit and realize that we were looking forward to the moment when the station hatch closed. That we would be left alone with our interesting work, while discovering something new in ourselves and making new friends. That is why, if asked what the most difficult thing about the four months of isolation was, the first thing that comes to my mind are the three months of training with all their fuss and stress!

Read the 2nd part of the Moon diaries: Women and space are made for each other