Moon diaries: Women and space are made for each other

Ilya Pitalev/Sputnik
Аnastasia Stepanova has been on a “mission to the Moon” for four months already - by taking part in an isolation experiment in Moscow – and has been keeping a lunar diary of an astronaut's thoughts and emotions. This time she looks at the attitudes to women in the challenging world of space exploration.

Despite the fact that the Institute of Biomedical Problems of the Russian Academy of Sciences (IBMP) had been conducting space isolation experiments for the past 50 years, the first time they introduced crews with the same number of men and women in them was for the SIRIUS 2017 and 2019 experiments. For many years, only men were recruited to take part in experiments until in 2015, the IBMP conducted the Moon-2015 mission, a lunar flight simulation with an all-female crew. The nine-day isolation experiment was successful and professional, and it busted the stereotype of women's teams as “serpentariums.” 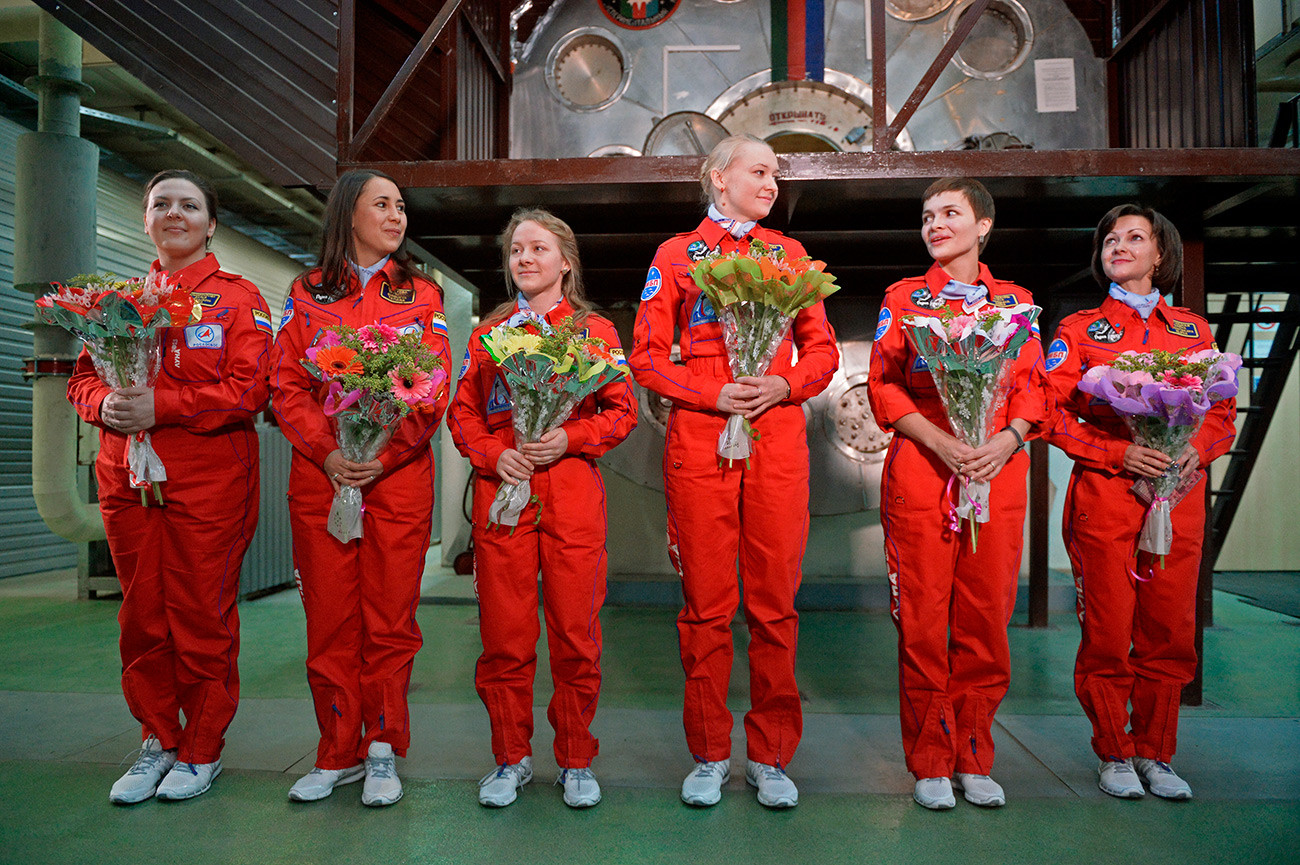 Our lunar orbit simulation is in its third month and I have decided to get some inspiration by watching movies about space. One of them, Hidden Figures, is about African American women working at NASA on the Mercury and Apollo projects and clearly shows that we, as women, still have many more obstacles to overcome. The film's main characters had to work thrice as hard to achieve success - not only because of the color of their skin, but also because of gender stereotypes.

Half a century later, the space industry is still ridding itself of the vestiges of the past. A woman working in the space industry is still a cause for surprise and confusion rather than calm acceptance and approval. So what is it: the old superstition that women on ships are bad luck, fear of competition, or are we indeed biologically unfit to work in this industry?

Space exploration for all

The short history of space exploration clearly tells us that women, like men, can comfortably live and work on space stations. Furthermore, according to research conducted by Dr. Varsha Jain, who worked with female astronauts, it turned out that the only system in the human body that is not affected by weightlessness is the menstrual cycle. Thanks to scientific advances, things that were previously considered an obstacle for women going into space have turned out to be an advantage. 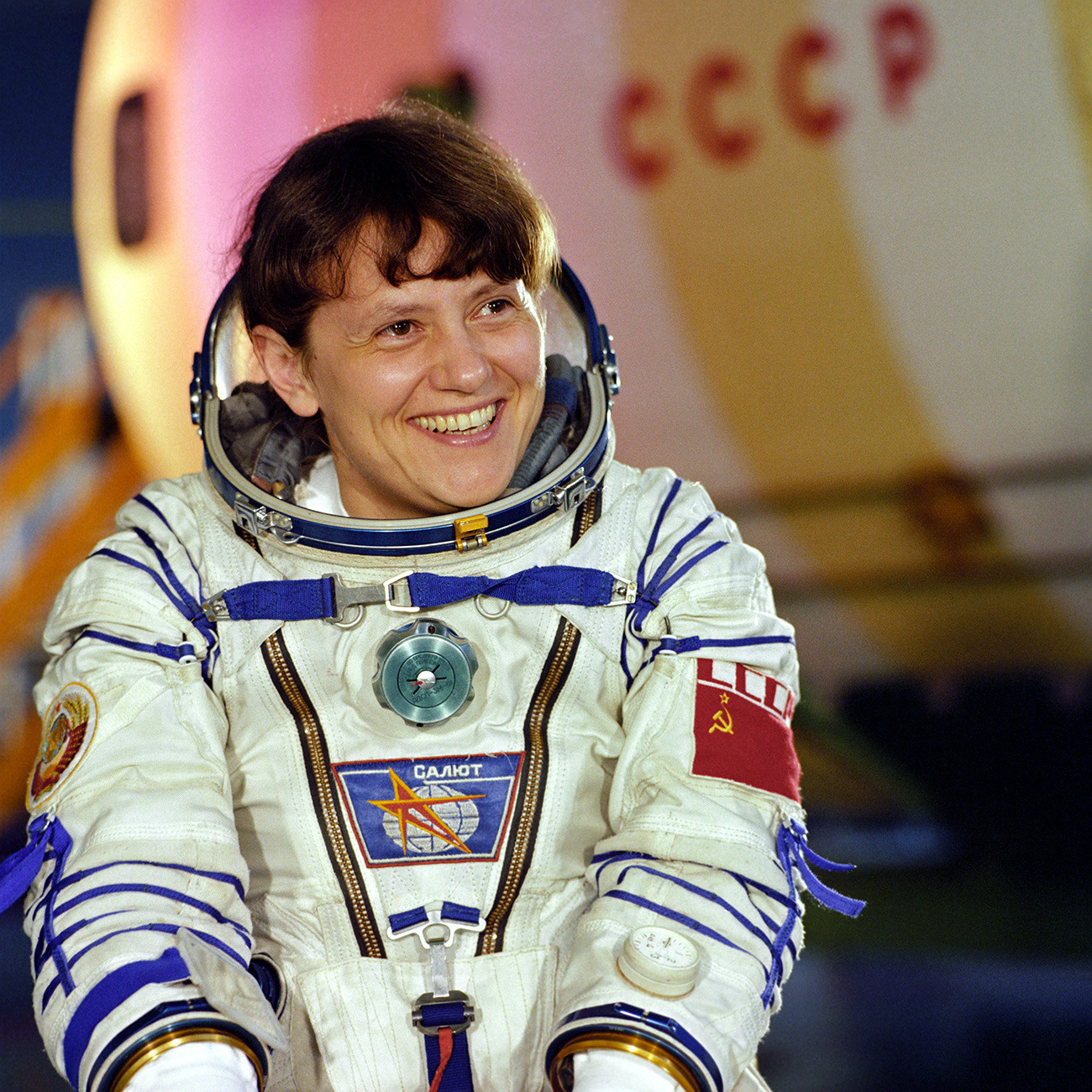 Of course, everyone has heard of Valentina Tereshkova, the sixth cosmonaut and the first woman to go into space. Back in 1963, it seemed that now the way to the stars was open for women. However, it was only 20 years later, in 1982, that the next woman, Svetlana Savitskaya, went into space. She was lucky to work in space twice. In 1984, during her second mission, she became the first woman to carry out a spacewalk.

In 1985, Savitskaya was supposed to go on her third space mission, this time as the commander of the world's first all-female crew on an expedition to the Salyut-7 station. However, due to a series of technical delays and the receiving crew commander's health issues, and because of the start of work on the new Mir station, this flight and several others were thwarted. The all-female crew had consisted of commander Svetlana Savitskaya, Yelena Dobrokvashina and Yekaterina Ivanova. For Dobrokvashina and Ivanova, two years of waiting for their first flight into space ended in nothing. What must it be like to be so close to fulfilling one's dream and missing it?

I know the fate of one of them personally. Doctor Yelena Dobrokvashina works at the Institute of Biomedical Problems and participates in the medical selection of astronauts and (potential future) space tourists. She was also on the commission that selected our crew for the SIRIUS19 isolation project. It’s always a pleasure to work with Yelena, she’s a real example of dedication and optimism under any circumstances! 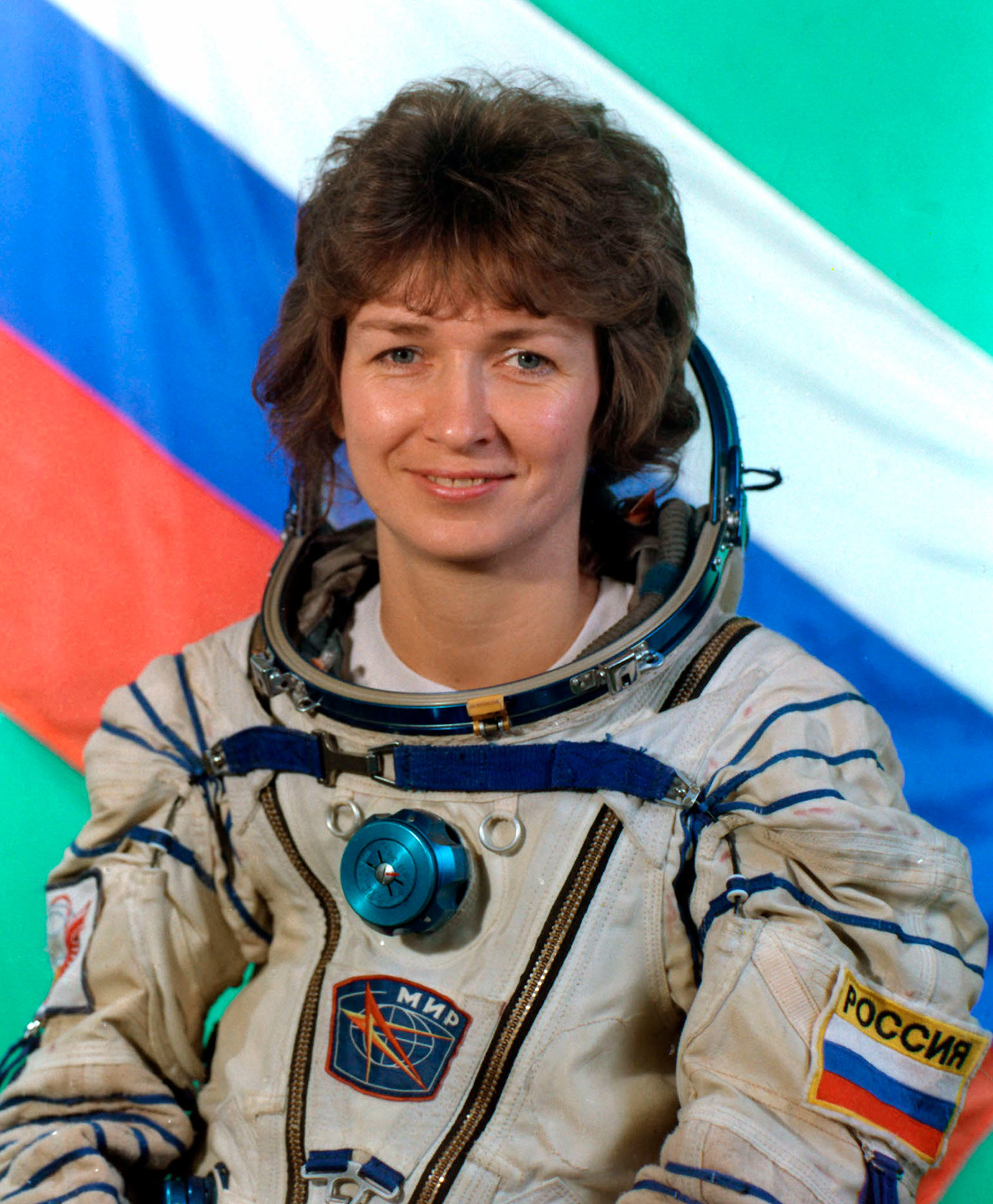 After the two spaceflights of the third Russian woman cosmonaut, Yelena Kondakova, in 1994 and 1997, there came a long lull: for nearly 20 years, only men took part in the Russian space program. Yelena Serova's spaceflight in 2014 became like an open window in a room that for a long time had no fresh air. After her successful return to Earth, Yelena left the team, and now there is only one woman in it, Anna Kikina. It is not yet known when her first flight will take place, but I hope it will happen in the next five years.

Abroad, women began to go into space in the 1980s. In 1983, NASA astronaut Sally Ride became the first American woman to do so. In 1992, Mae Jemison became the first female African American astronaut, when she flew on the space shuttle Endeavour. For NASA, it has become a common practice not only to send women into space, but also to appoint them as International Space Station (ISS) crew commanders. Several months ago, a woman's longest space mission began: U.S. astronaut Christina Koch will remain onboard the ISS for a whole year. One hopes that soon women cosmonauts will cease to be a rarity in the Russian space program, too!

There were fears that the SIRIUS-19 experiment, in which I am taking part, may experience certain problems, because it’s the first time that the crew is fully gender-balanced (with three men and three women) for such a long isolation experiment. Today is the 105th day of our flight, and there is nothing reality-TV-like going on: no women's squabbles, no love affairs or rivalries. 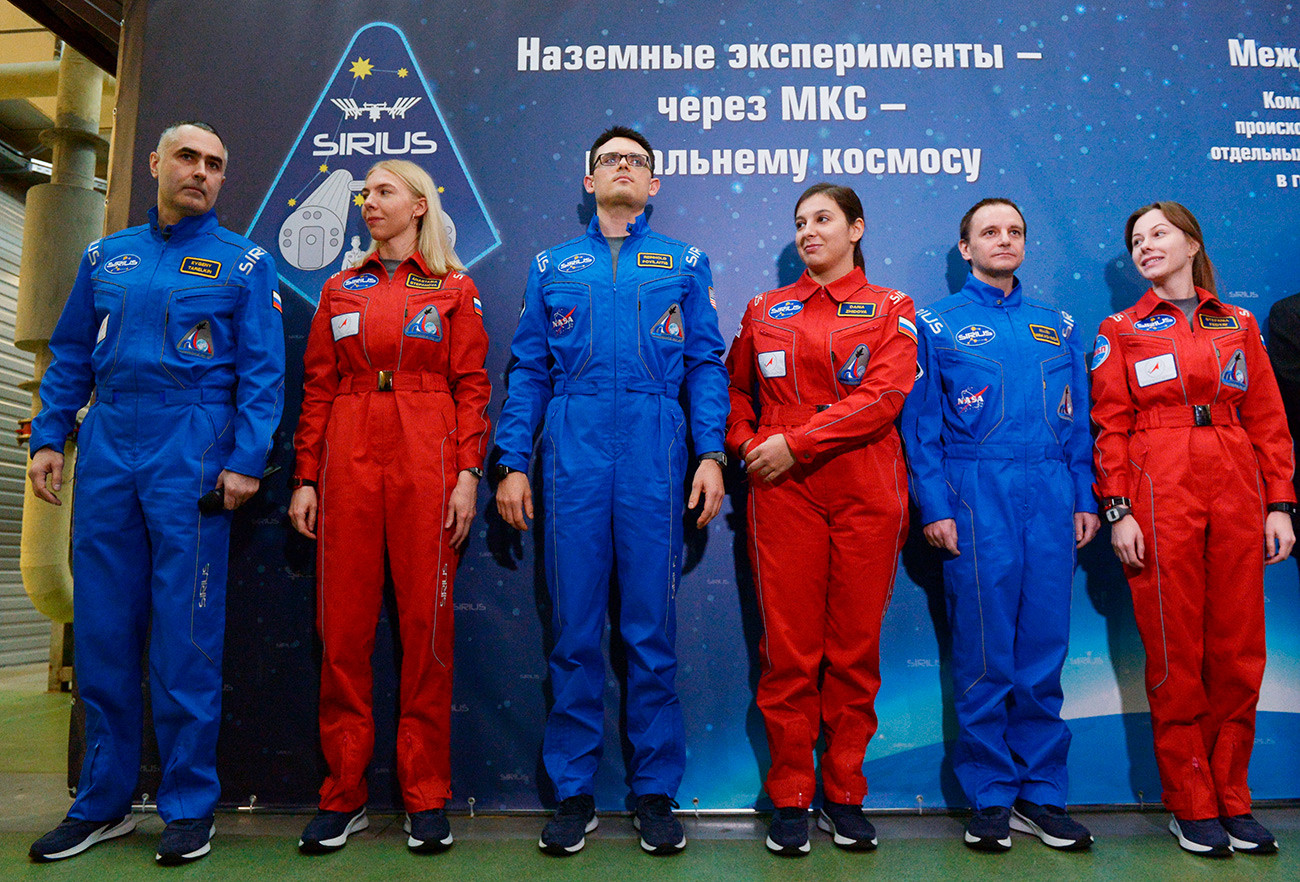 Of course, men with their short hair find it easier to cope without a shower for many days (under the rules of the experiment, we can take a shower once every ten days). They just rub their hair with a wet towel, and they are done. For women, there is no effective solution so far, except for wearing one's hair short or just getting used to the discomfort and putting up with it. All the more so, since in the future, flights in microgravity conditions will not be long, and once astronauts reach a lunar or Martian station, they will be able to take a proper shower. So, if I were given the opportunity to join a real space crew, I wouldn’t hesitate to change my hairstyle to a “G.I. Jane” buzzcut! In simulated space isolation missions, you really forget that you are a woman.

The local look is: no makeup, hair always in a ponytail, gray clothes, gray slippers, worn on gray socks. My fellow crew members and I see everything that is unattractive and that you try to avoid in everyday life, like each others' blood, urine, feces, and saliva samples! Add to this constant physical training, after which it is difficult to maintain a pleasant body odor, and you will get “ideal” conditions for the transformation of a man/woman into just a crew member and a professional. 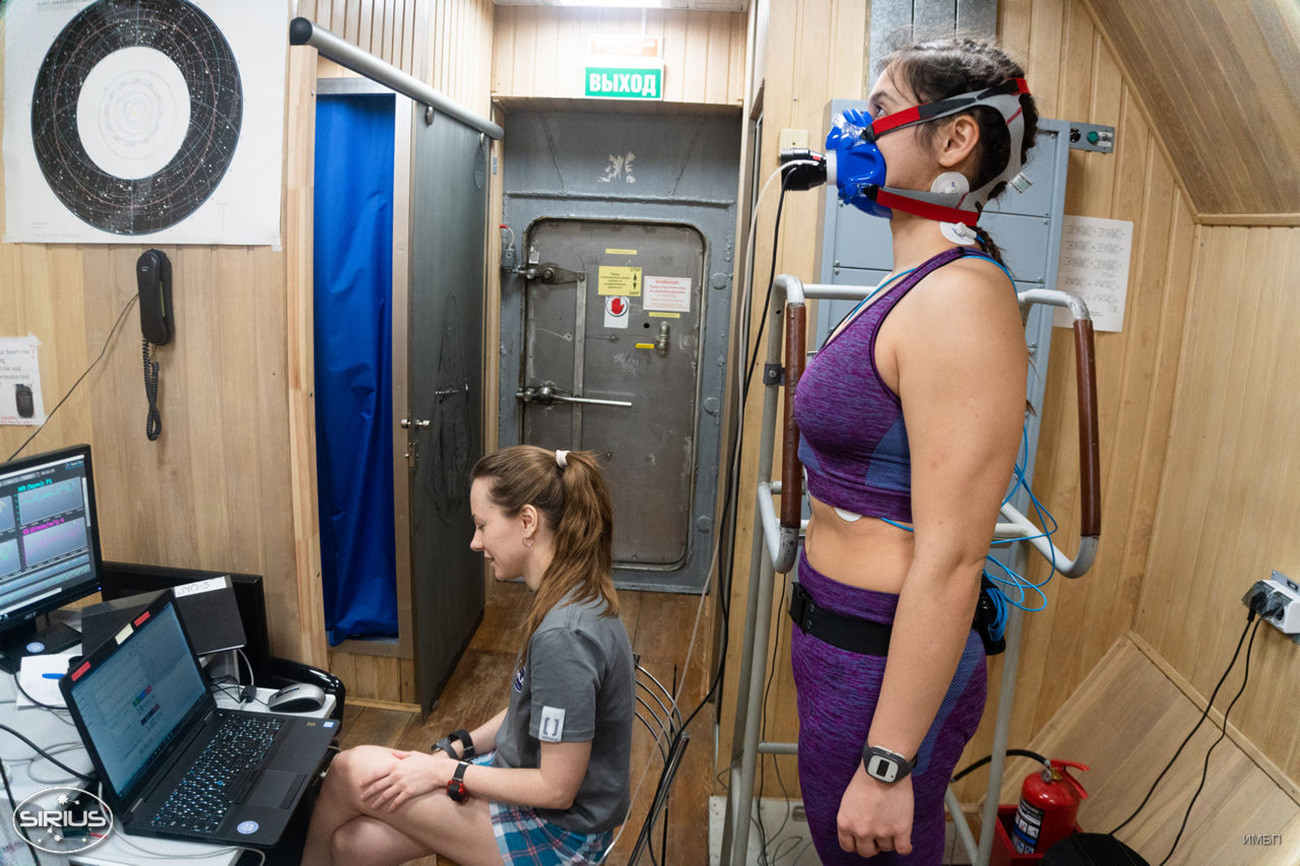 The daily question is: “Will I be able to do everything at the required level today? The constant feeling of responsibility for every experiment conducted and for the success of the mission itself creates only one disposition - the need to work! Thoughts of food and sleep are pushed into the background, while romance feels like something very distant, existing only in memories or films.

Everything is very simple: in a hostile environment such as space, where every minute there’s a risk to health and human life, there are no men or women; there are only professionals in their field, members of the crew. If society starts to perceive it this way, then women will no longer be presented as "a source of problems”, be it an expedition on Earth or in space. There will be no more headlines in the media like: “Whims and Temptations in Orbit”, “Men Have a Hard Time Working with a Woman on a Cramped Spaceship”, “Dirty Hair Drives an Astronaut Crazy and She Wants to Return to Earth” and other similar nonsense! 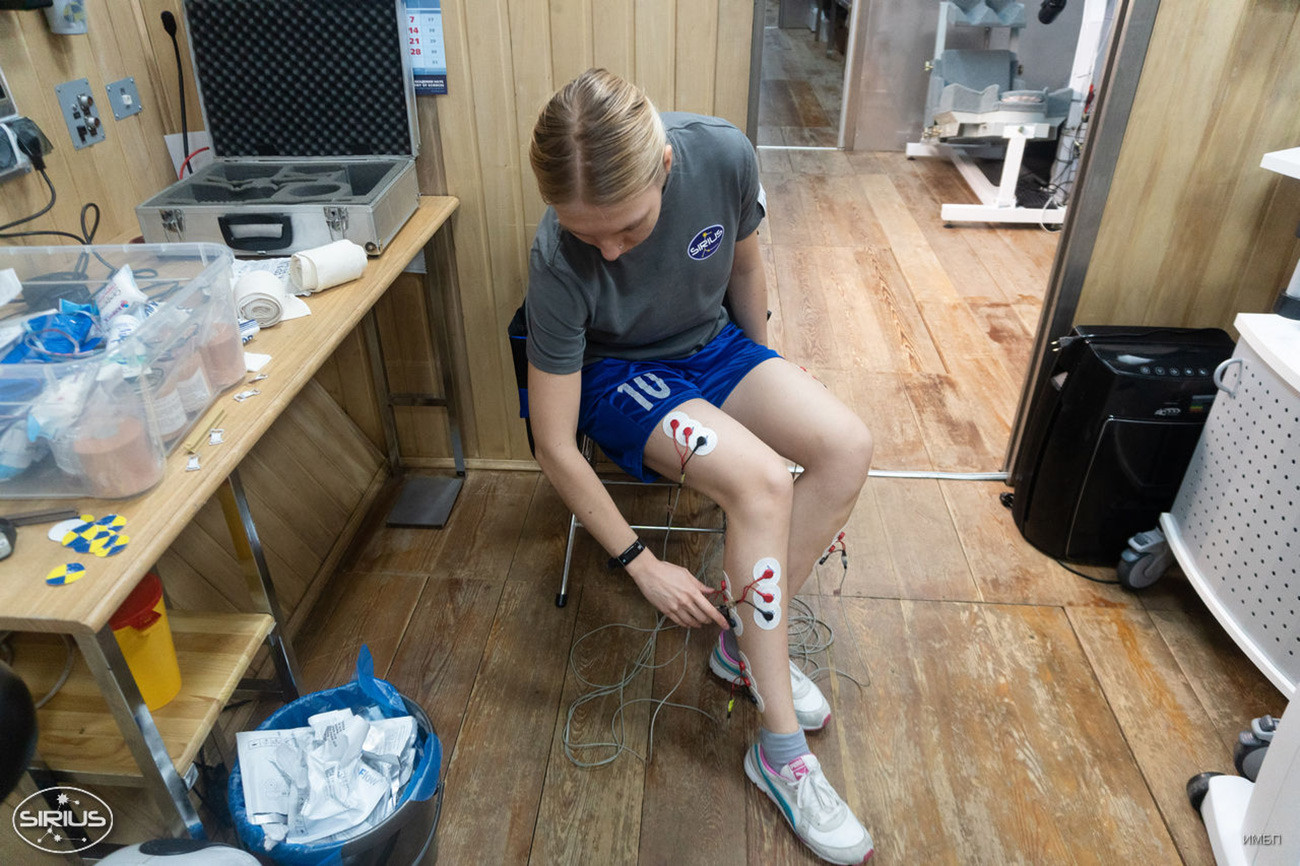 Astronauts' work should be seen as a common cause for all people. After all, it is this craving for getting new knowledge, exploring new territories, be it continents or planets, going beyond one's comfort zone that has led us to progress.

Read the 1st part of the Moon diaries: How to prepare for 4 months in lunar orbit