Old Soviet light armor vehicles are to pass a number of upgrades to make the rusty war machines a power to be reckoned with once again.

According to 'Homeland Arsenal’ magazine’s editor-in-chief, Viktor Murahosky, the upgrades are a necessity that have been postponed for too long.

There are two modifications of the new gun.

The first is dubbed ‘Kinzhal’ (Knife) and was unveiled in June during the ‘Army-2019' military exhibition in Moscow Region on a BMP T-15 light armored vehicle.

This is an automatic 57-mm artillery weapon with a fire rate of 80 shots per minute. Each shell flies at a speed of 1,5 km per second (for comparison, that’s roughly 5,400 km/h!) and can penetrate up to 12 cm thick modern armor plates.

The artillery system is enhanced by a 7,62-mm machine gun that can help eliminate infantry and terrorists on foot, accompanied by a couple of grenade launchers that fire smoke grenades.

This artillery system is able to find enemies and automatically mark them as targets on the battlefield. After it locks on the target, it’s all up to the operator inside the armored capsule to press the fire button and eliminate the terrorists.

Kinzhal is designed to be used against ground targets, while there's one more modification called 'Bailkal' that is constructed to fight aerial ones. 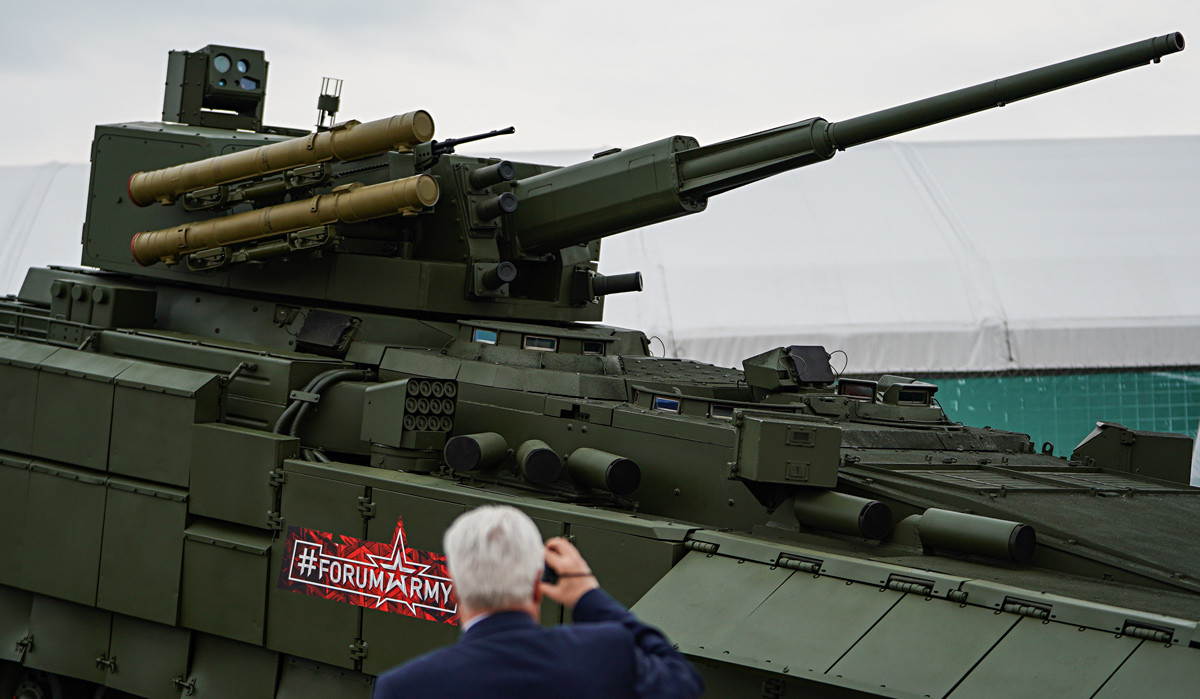 Second artillery system is dubbed ‘Baikal' and its main function is to support ground targets and defend them against attacks from above.

It also shoots 57-mm shells with a fire rate of 120 shots per minute. Each projectile flies at a speed of 1km per second (for comparison, that’s roughly 3,600 km/h!). The fire range of this system reaches 12 km and can eliminate low-flying aerial targets.

Among possible targets for the system are drone fleets, armed with numerous bombs that explode on impact and pose real threats, not only to the but also to huge air systems, such as the S-400, that are built to defend the skies from much bigger jets and bombers.

“These types of artillery air systems were widely used during World War when there were no missiles against enemy jets and bombers. Nowadays, armies of the world face cheap, yet effective weapons, such as drones with bombs on board that are far too expensive to shoot down with huge S-400 missiles. So the military command decided it’s time to get something old fashioned, yet very effective in the modern era,” Murahovsky notes.

According to the expert, both artillery systems will be delivered to the army in 2-3 years.