Top Russian and CIS Special Operations Units joined together in early August at the ‘Army Games 2019' military tournament to determine which of them is the best at fighting “bad guys” in mountainous regions. This competition was dubbed the “Elbrus Ring” and was held in one of the most spectacular parts of Russia - the Caucasus Mountains. 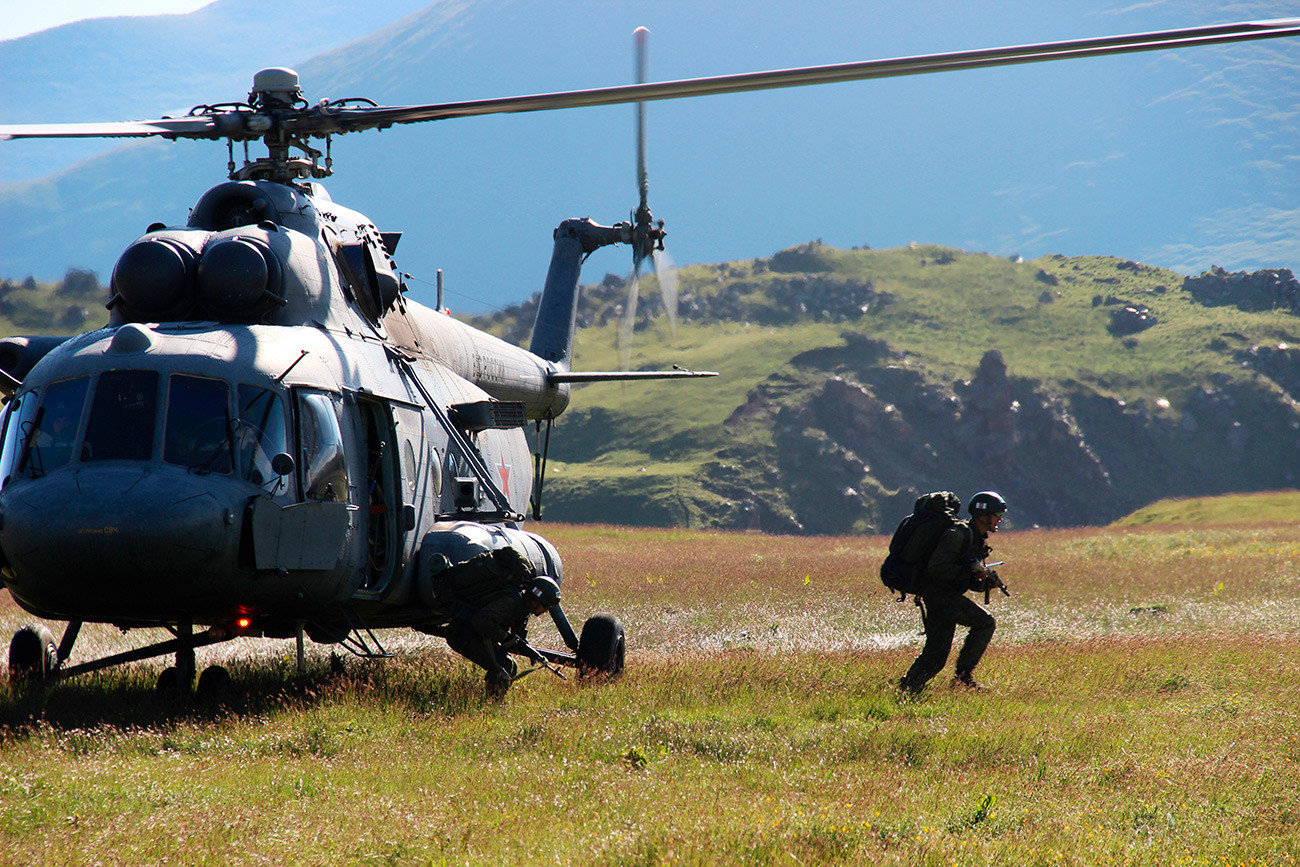 Special Operations groups had to show what they are capable of when dealing with bad guys and climb a number of peaks around Mount Elbrus carrying full 60 lb (27.2 kg) backpacks and holding assault rifles 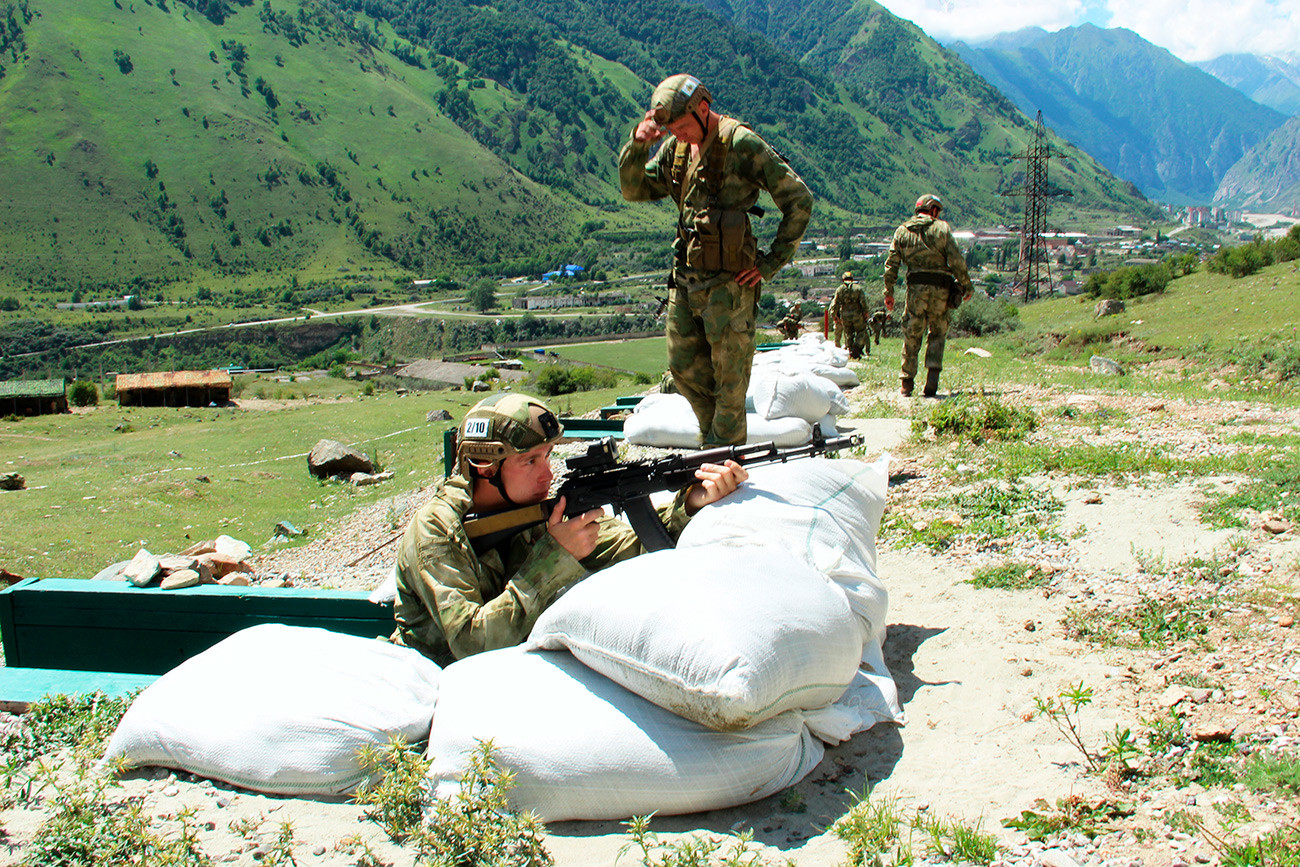 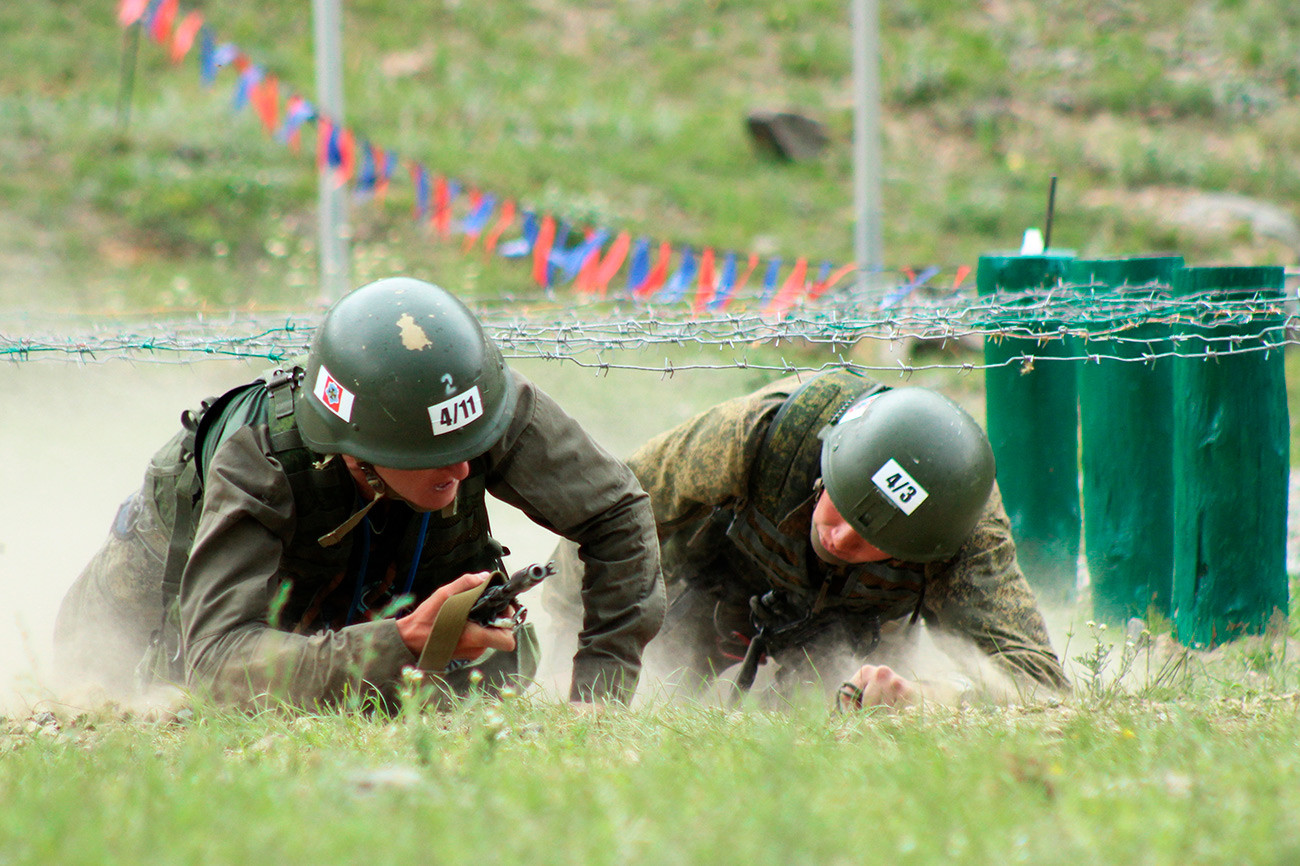 The challenge began with officer groups sprinting one after the other up the steep mountain slopes, passing barrier and log obstacles, which were placed along the route 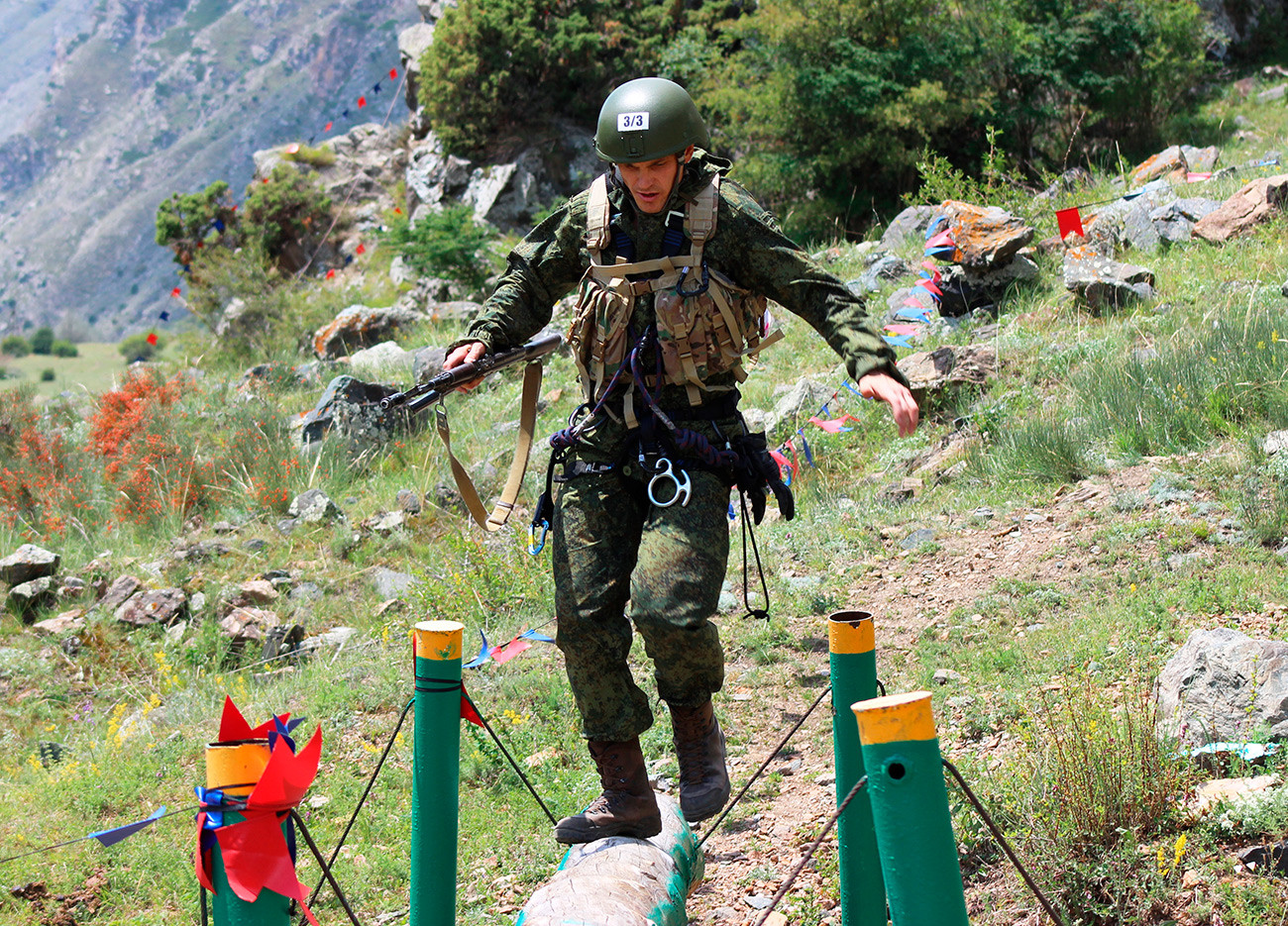 had to walk ropes strung 5 meters above mountain rivers - in full gear. They also had to pass deep canyons and ravines, while remaining in constant danger of being ambushed 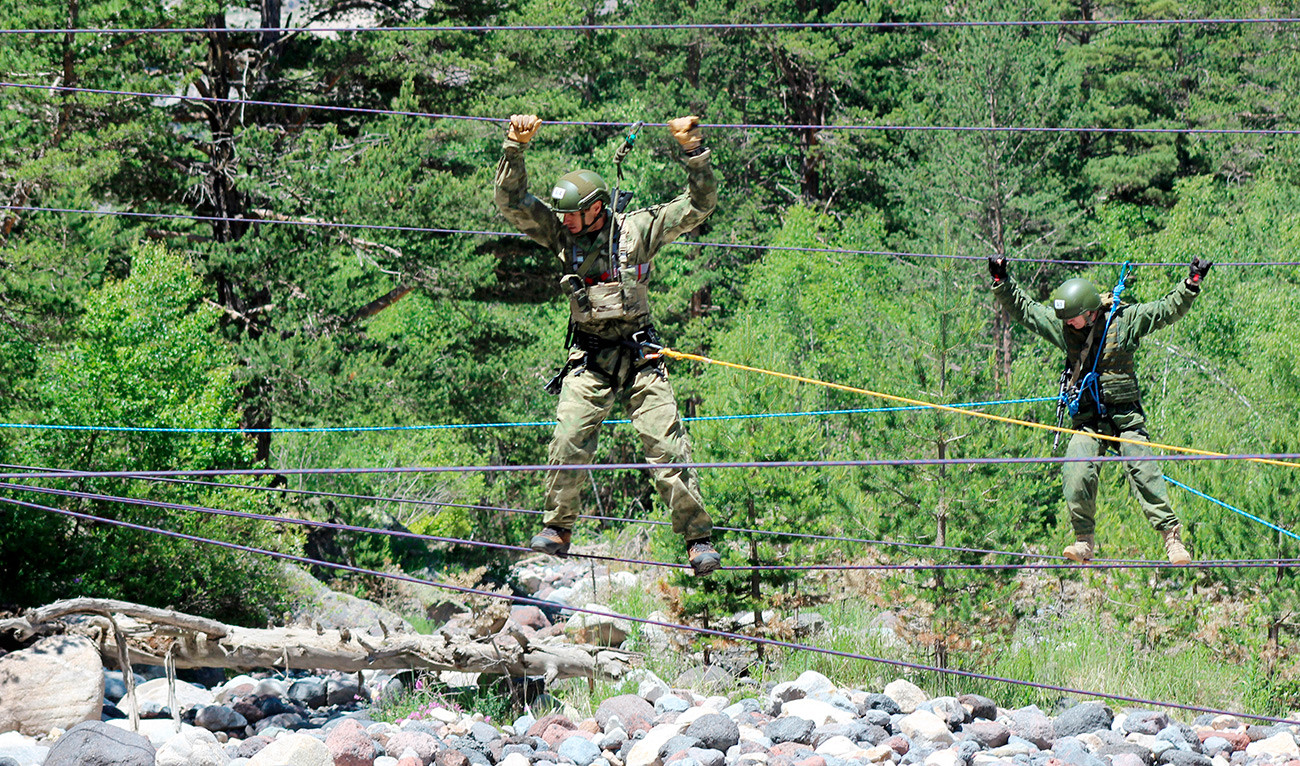 one or two group members were passing the various water, land and other obstacles, three others had to take cover and cover them from potential “terrorists” hiding in the bushes or behind mountain rocks 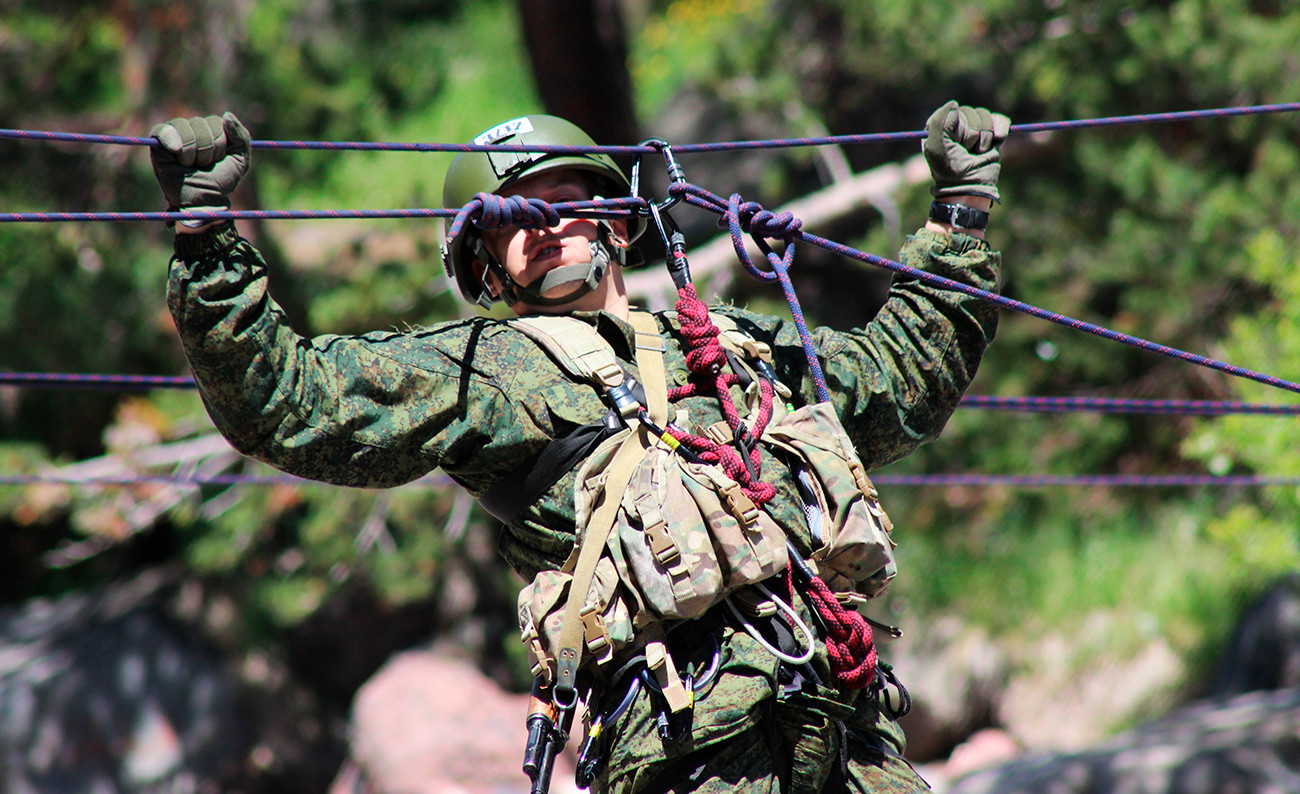 the mountain forest obstacles and tough climbs were completed, the groups had to eliminate enemies “hiding in their villages and outposts”, deep inside the mountain peaks. 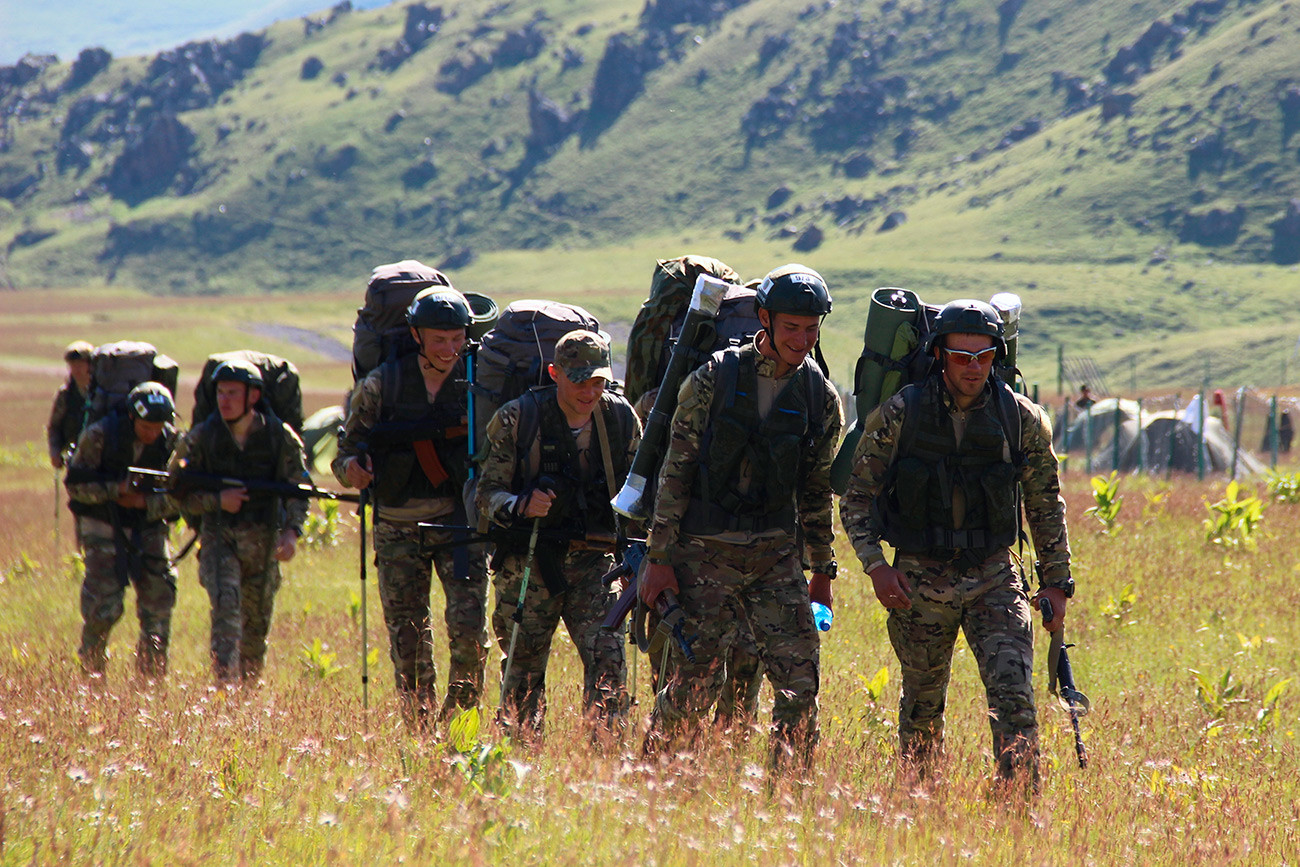 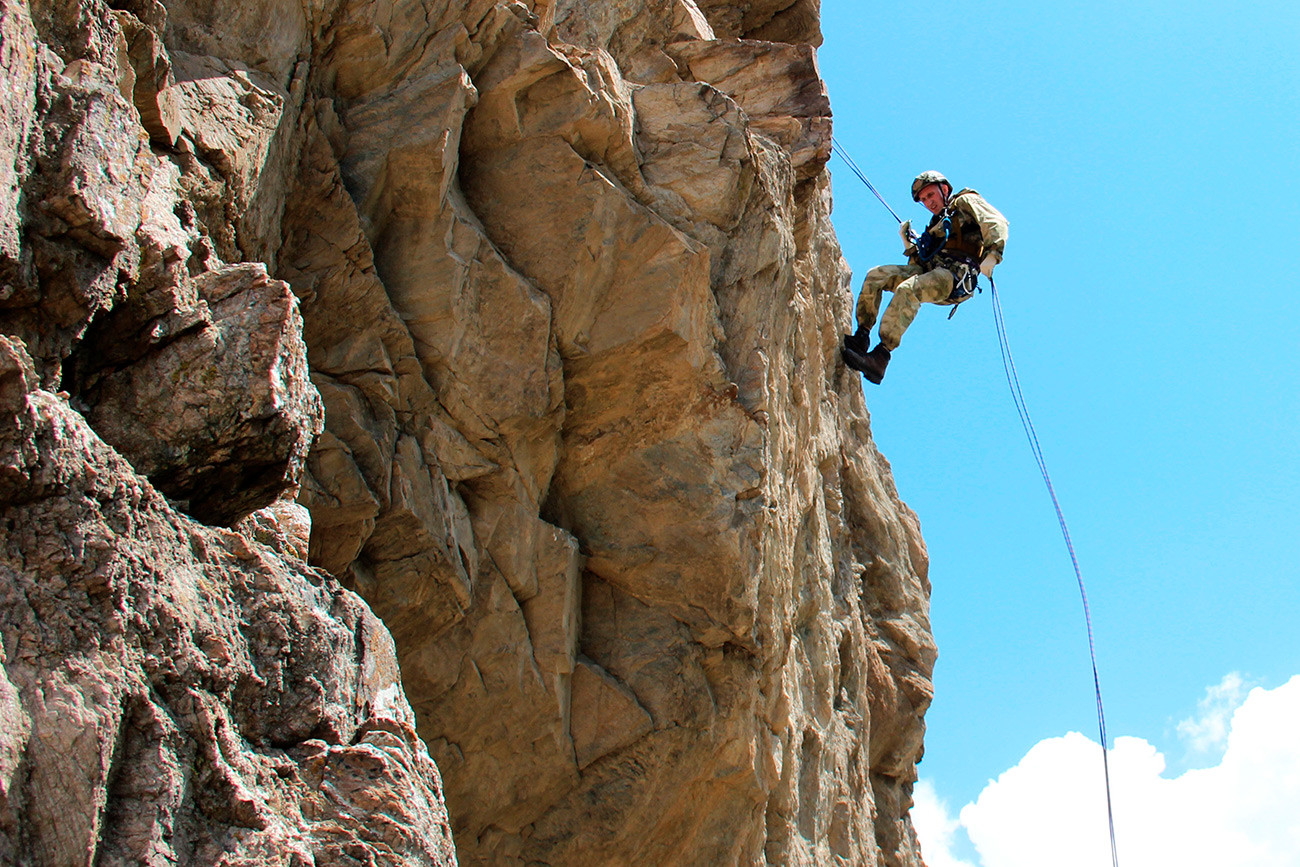 second . Each group barely had enough time to take a breath before advancing to the title of Russia’s and CIS’s top Spec Ops unit 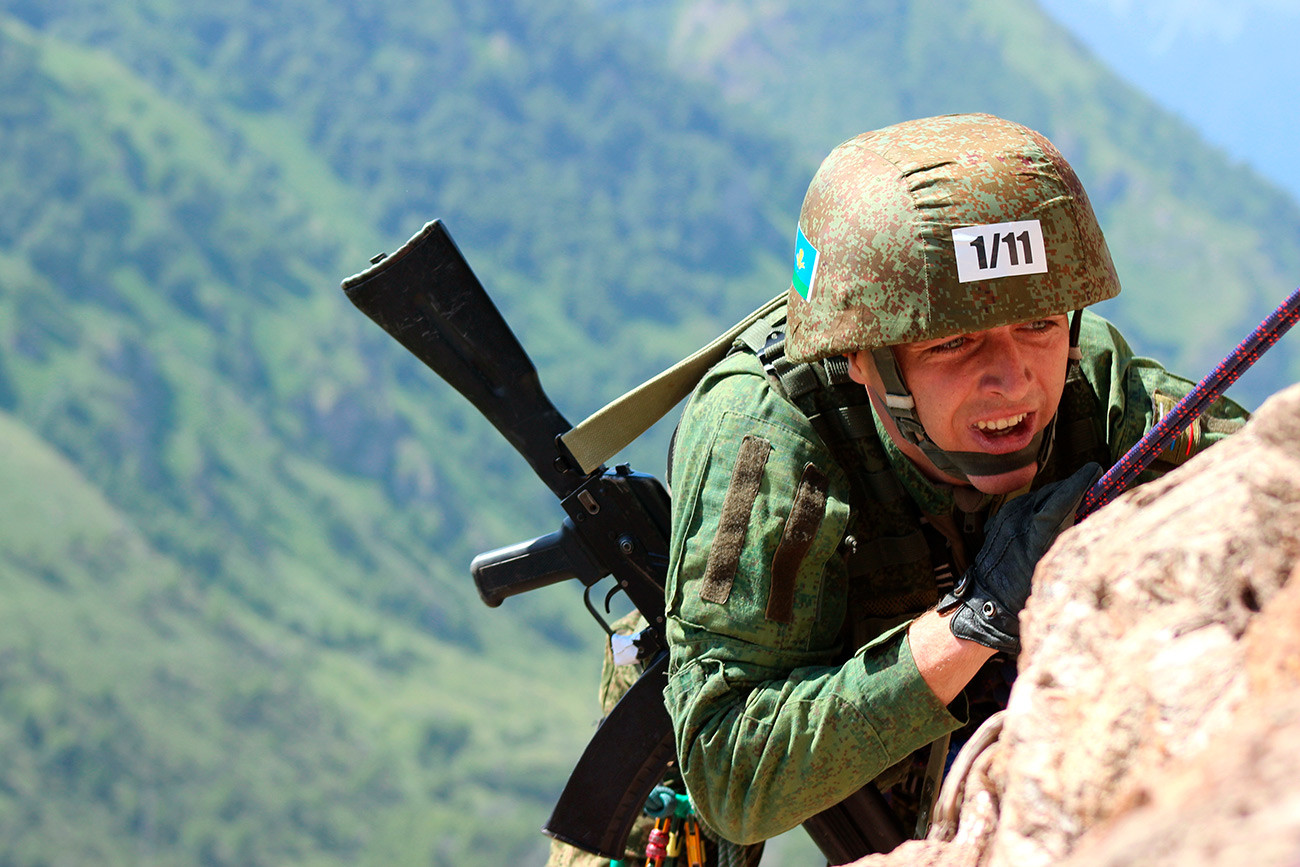 to the Russian Defense Ministry, more than 150 Special Operations officers in 5-member groups took part in the ‘Elbrus Ring’ tournament. 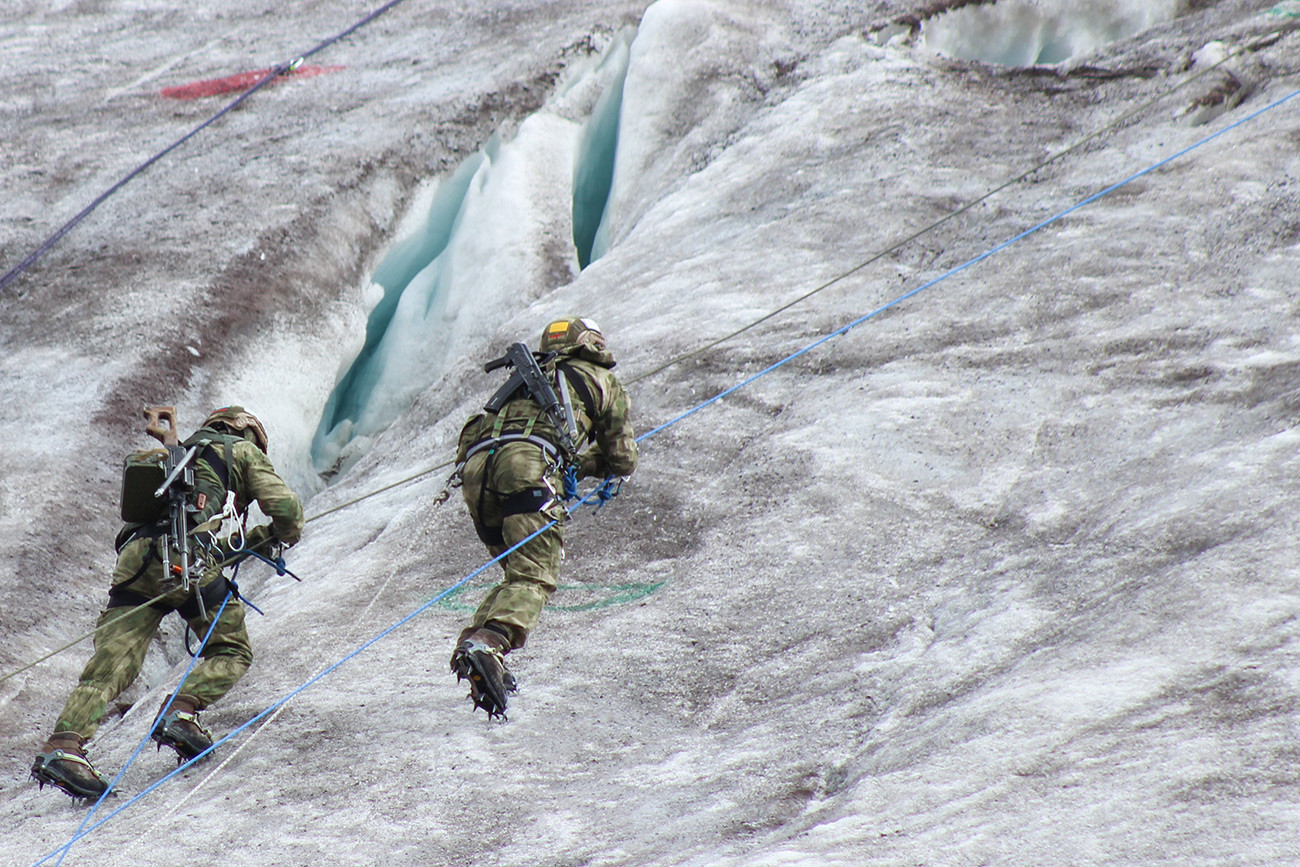