This family is literally living ‘Under the Dome’ in Yakutia 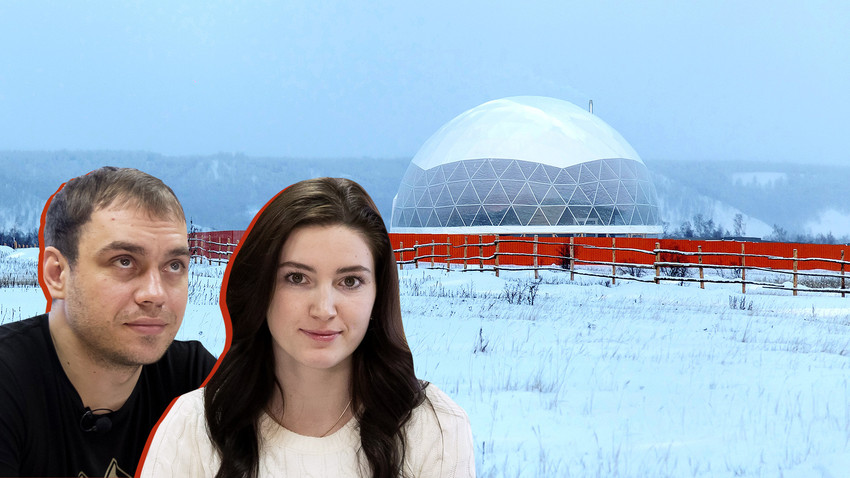 Yevgeny Sofroneyev/TASS
Their house was built as part of a scientific experiment to see how dome structures cope under extreme temperatures.

For almost 13 weeks now, Vitaly Litvinov, his wife Regina and their cat Zack have been living in a unique house under the dome. No, it has nothing to do with the American sci-fi TV series, but is part of a scientific experiment implemented by the Sinet Group and North-Eastern Federal University (NEFU). The goal is simple - to see if such peculiar structures can help make people’s lives in cold regions a little bit better. 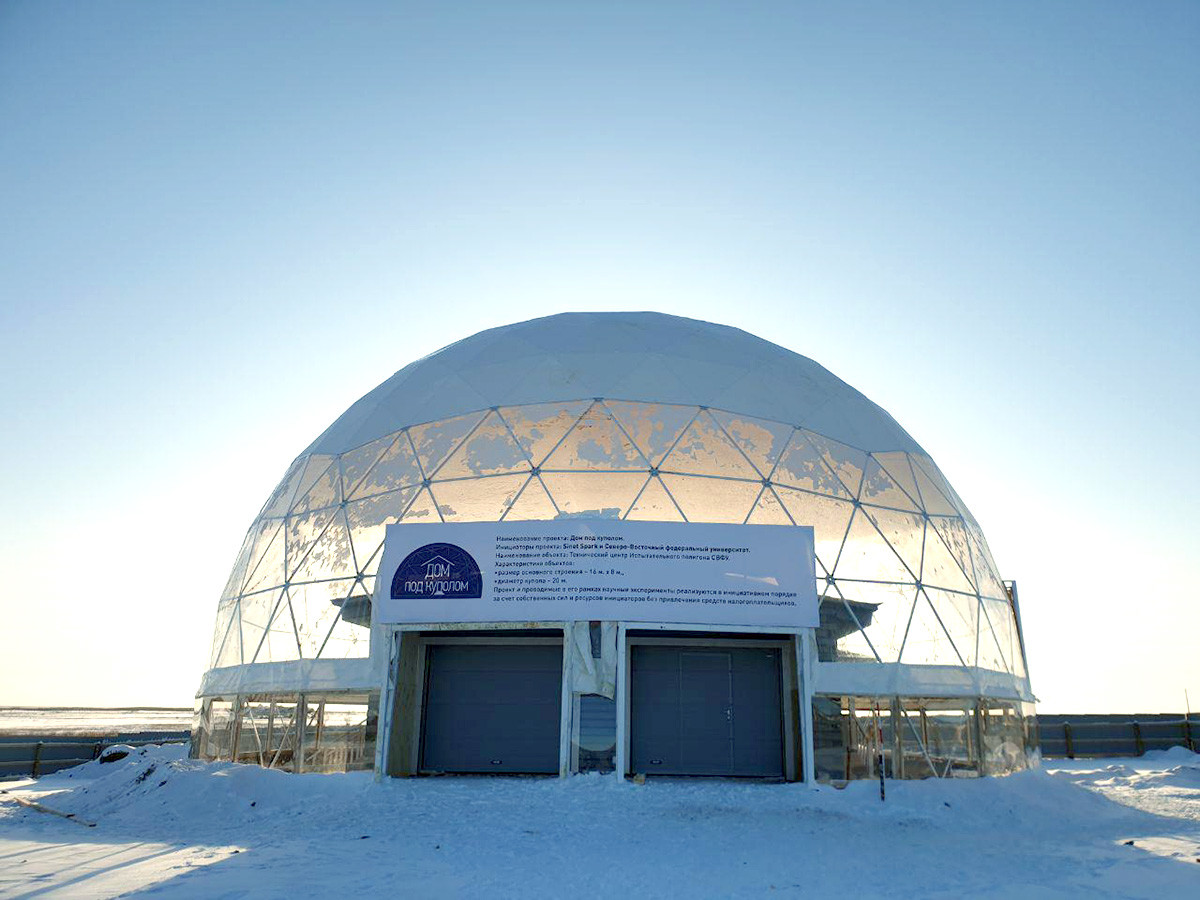 The house under the dome is located 40 km from the city of Yakutsk.

Located on the site some 40 km from the city of Yakutsk, the 128 sq. meter house also sports a two-car garage and a patio. But everything would look quite ordinary if it wasn’t for the dome overhead. It is 20 meters in diameter and built as a “honeycomb” metal frame covered with PVC film. 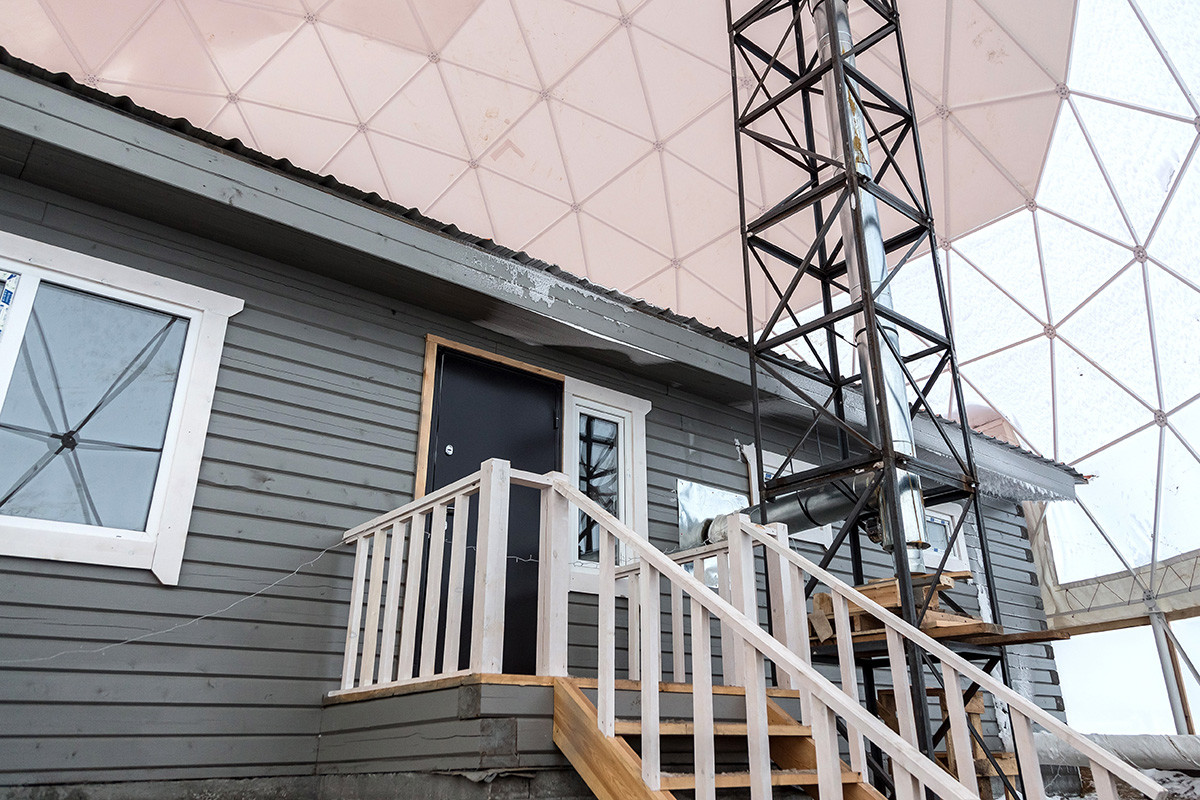 The dome overhead is 20 meters in diameter.

While as many as 60 families volunteered to take part in the project, finding the first residents wasn’t an easy task.

The majority just wanted to get their 15 minutes of fame and didn’t know how much hard work and responsibility it would bring with it, thinks Dmitry Filippov, head of the “House under the Dome” project and Dean of the Faculty of Road Engineering at NEFU. “That’s why we had a three-stage selection process involving doctors and psychologists,” he explains. 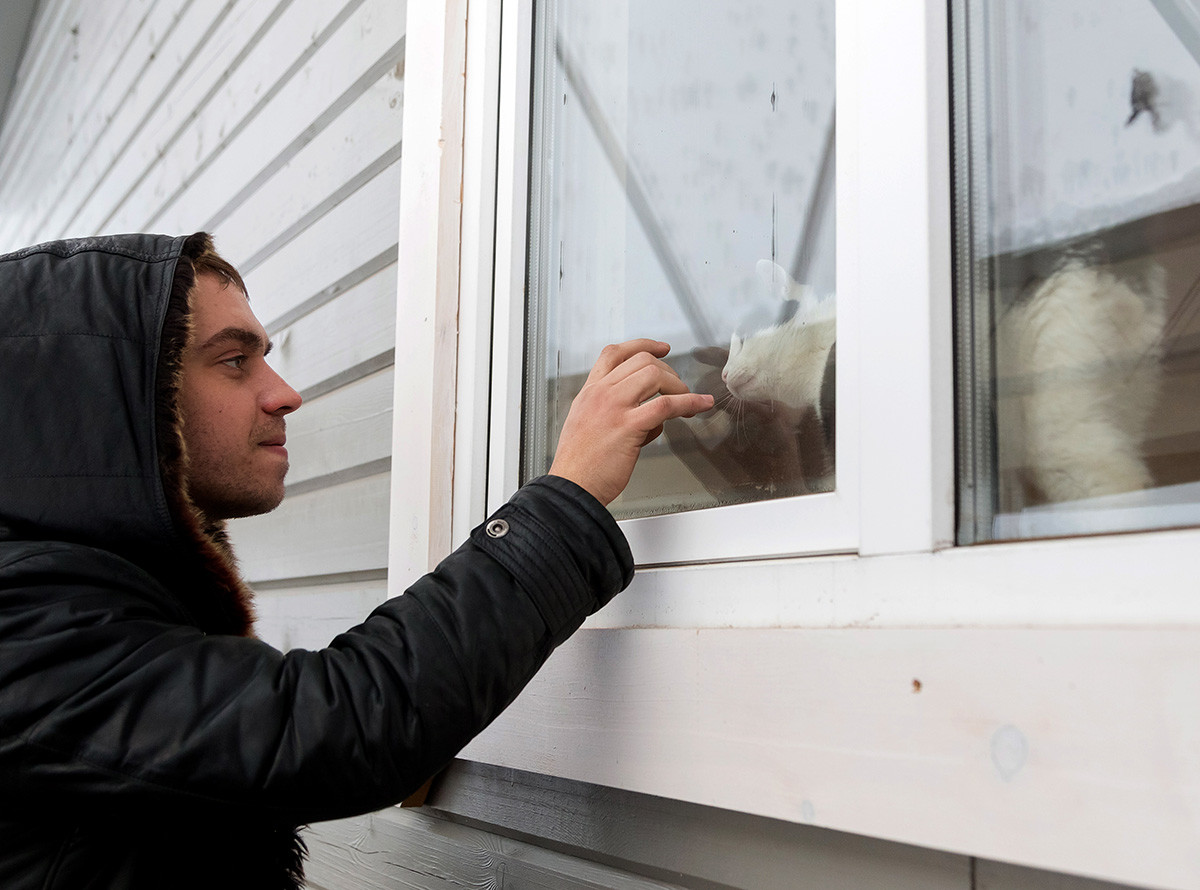 Vitaly, his wife Regina and their cat Zack have been living in a house under the dome for almost 13 weeks now.

In the end, it was Vitaly and his family who moved to the house on December 2, and he is quite happy with the experience. “I applied because I wanted to get away from the city and be closer to nature and the mountains,” he says. “I still drive to work everyday and the only thing that is problematic is that if something gets broken in the house it’ll be me who’ll need to fix it.”

After almost three months of the experiment, the residents and scientists are already seeing some results. “The first and only observation we made is that there is a difference in temperature inside and outside the dome,” says Dmitry. “It turns out that even a one-layer film dome proves to be a significant barrier, allowing for the preservation of solar heat and the heat generated by our wooden house.” According to Vitaly, the maximum temperature difference inside and outside the dome was 20 degrees Celsius. 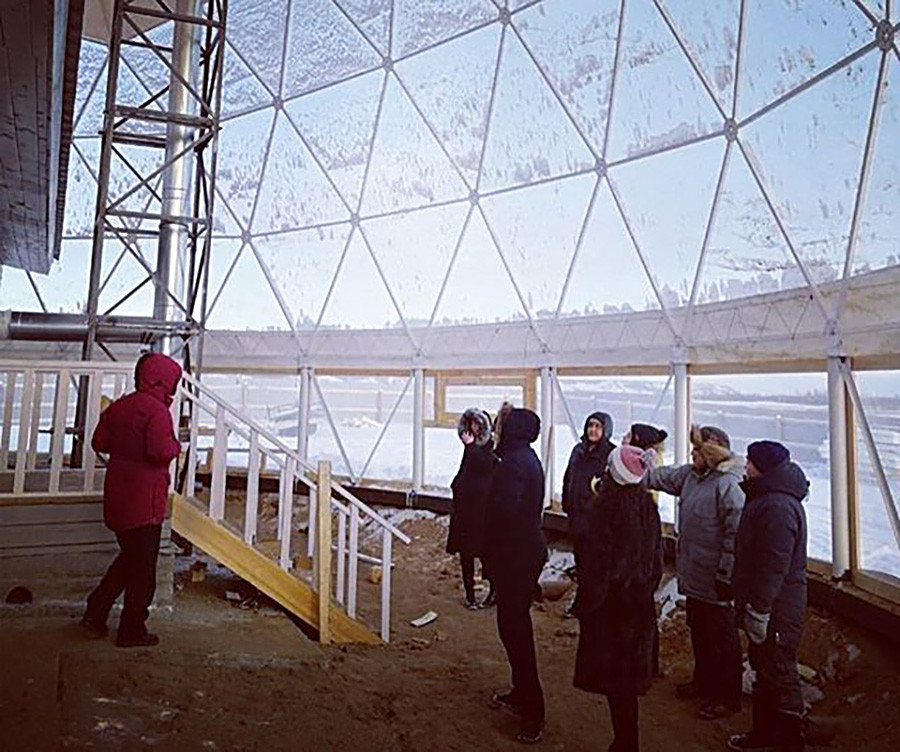 Can such houses become a viable alternative to what the world has now? It’s too early to tell, thinks Dmitry. “One thing is clear - it’s expensive. I can only assume that such a technology can be of interest to those who work and live in areas with lots of rainfall, cold climate and winds. The domes could be used to protect industrial quarries, mining and processing plants, production and housing modules to make the lives of industrial workmen safer and more comfortable,” he says.

The experiment is scheduled to go until the end of May - only time will tell what other results it might bring.