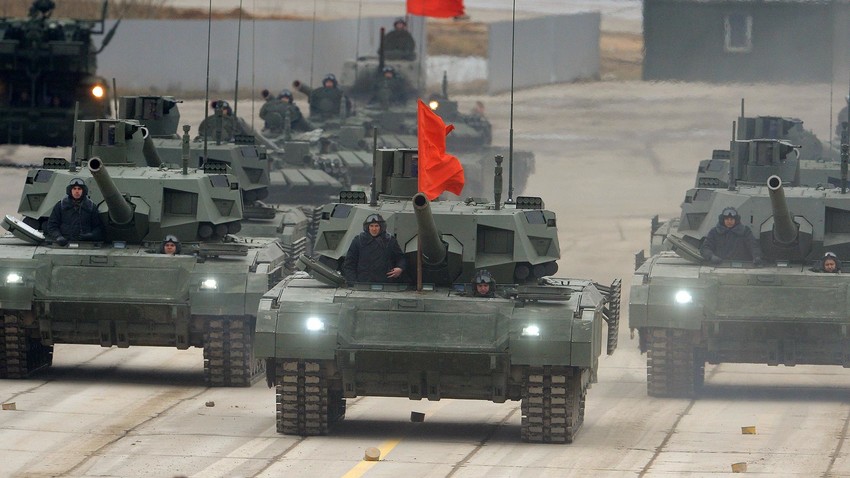 Evgeniy Biyatov/Sputnik
Officials have yet to comment on the results of the tests that took place in real battles in desert conditions; experts say the tank will be further developed.

“Yes, that’s correct. They [Armata tanks] were in Syria,” Manturov said when questioned about it. “The testing in combat conditions in Syria took all finer aspects into account.”

At the same time, he underlined that mass deliveries of the T-14 to the Russian army would begin in 2021. Ground forces had been due to start being supplied with the new Armata in 2020, but the schedule has been delayed for a year. Manturov did not disclose the reasons why.

“The high cost is also because the T-14 is going through a series of additional tests and upgrades ordered by the Ministry of Defense so that serial production can start next year under the signed contract,” stated Manturov. 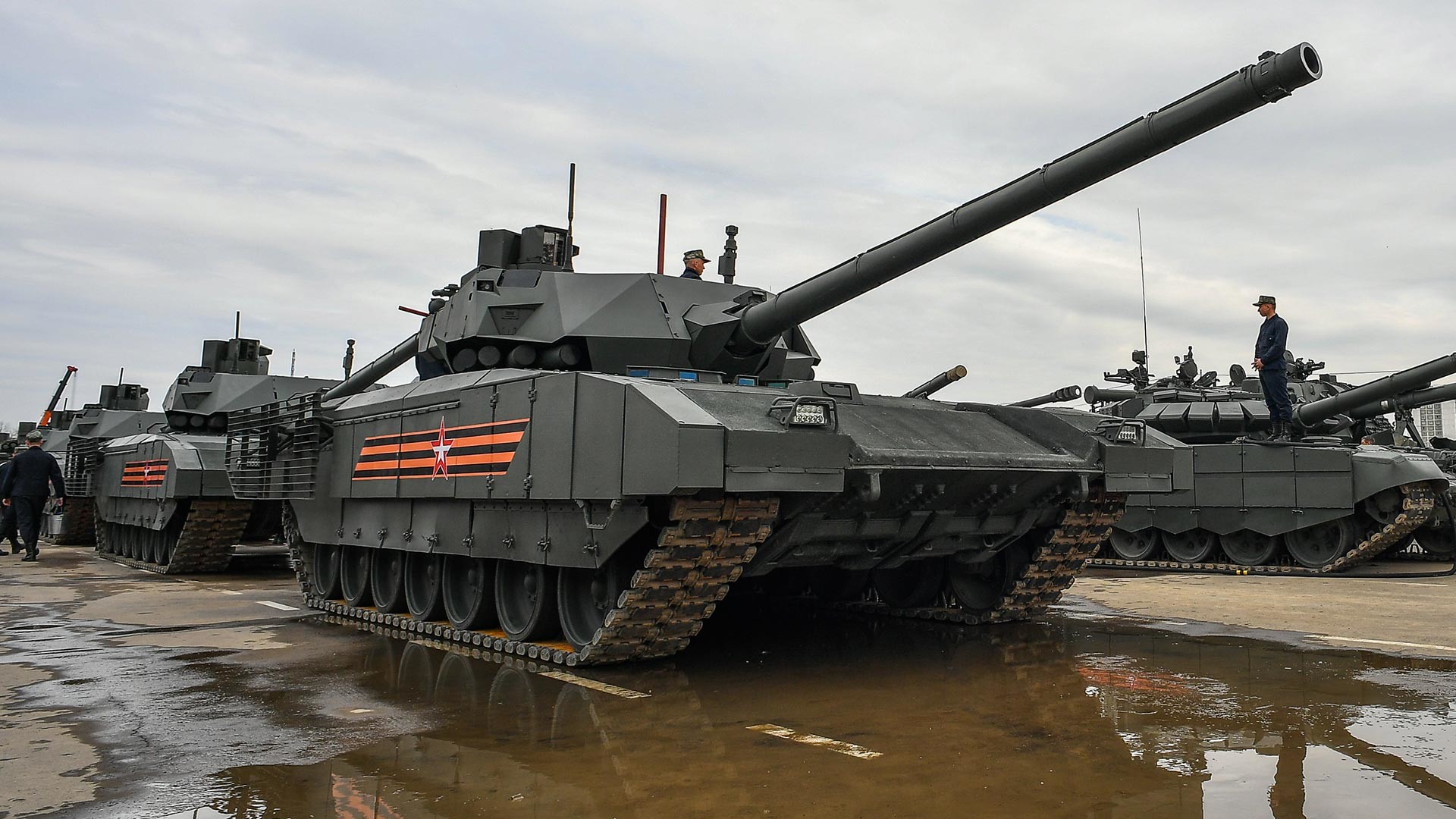 The minister also declined to comment on the results of the tests, including how the vehicle performed in the hot desert climate under fire from tank shells and against electromagnetic jamming systems.

Some experts questioned the overall wisdom of combat-testing a tank like the T-14 Armata in Syria. “There’s nothing for the Armata to do in Syria. The machine was tailored for battles with the most modern US and European tanks: the Abrams and the Leopard. But in Syria, who or what will it fight? Militants on pickup trucks or machine-gunners in foxholes?” Dmitry Litovkin, editor-in-chief of Independent Military Review, told Russia Beyond.

According to Litovkin, Russia already has T-73B3 and T-90M Proryv tanks at the Khmeimim airbase, which are more than capable of performing all combat tasks as and when required. More than that, the latter is already equipped with some Armata technology, including the fire-control and semi-automatic guidance systems, and the gun itself. “It was used to give the technologies a run-in before the mass churning out of tanks for the army,” he said. 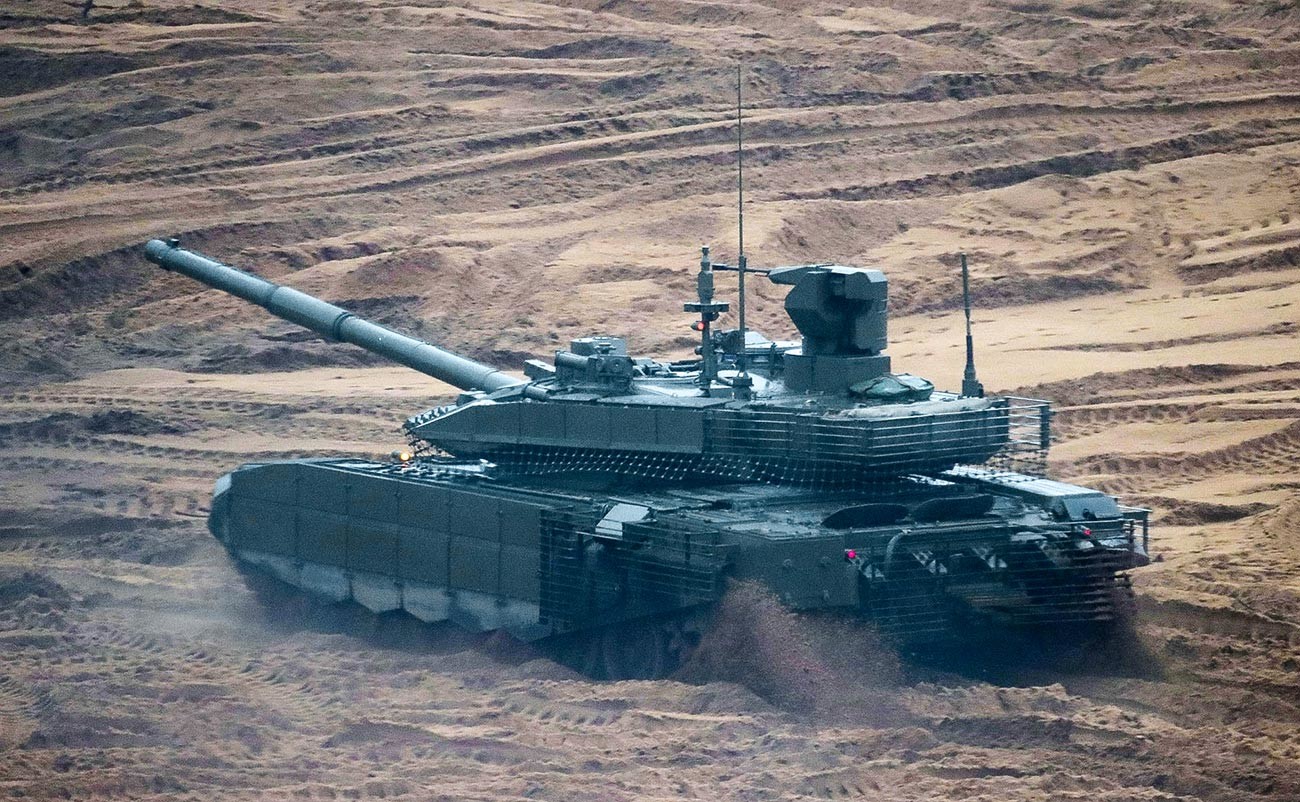 Professor Vadim Kozyulin of the Russian Academy of Military Sciences is of the opposite view.

“The military has money for such things. It's not a problem. Testing these wheels, tracks, and armor in real conditions, not at the proving ground, is a whole different story,” he stated.

As he explained, these sections of the Armata are to be additionally reinforced and fitted with “plate armor” (similar in appearance to a bunk-bed lattice rail) all around the perimeter of the vehicle.

“This protects the vehicle from the most destructive weapons: hollow-charge grenades and anti-tank guided missiles. The new armor is designed to deform the head of the grenade upon impact and absorb part of the blast energy. Militants are armed with these weapons, and Russia’s engineers were supplied with all necessary info before putting the vehicle into serial production. We’ll see what the final version is like in a year’s time,” added Kozyulin.