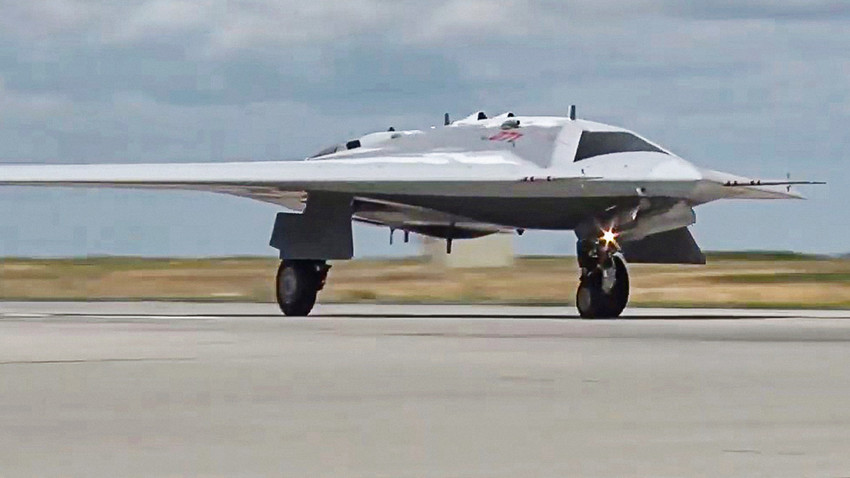 The Russian-made fifth generation fighter jet Su-57 (click here for everything you need to know about the  cutting-edge plane) has received a number of technologies that put it in line with some of the world’s best fighter jets - the American-made F-22 ‘Raptor' and the Chinese Chengdu J-20.

In this article we’ll talk about the Su-57's ‘appearance’, which conceals it from all modern radars, and about its smaller brothers (UAVs) that inherited the technology. 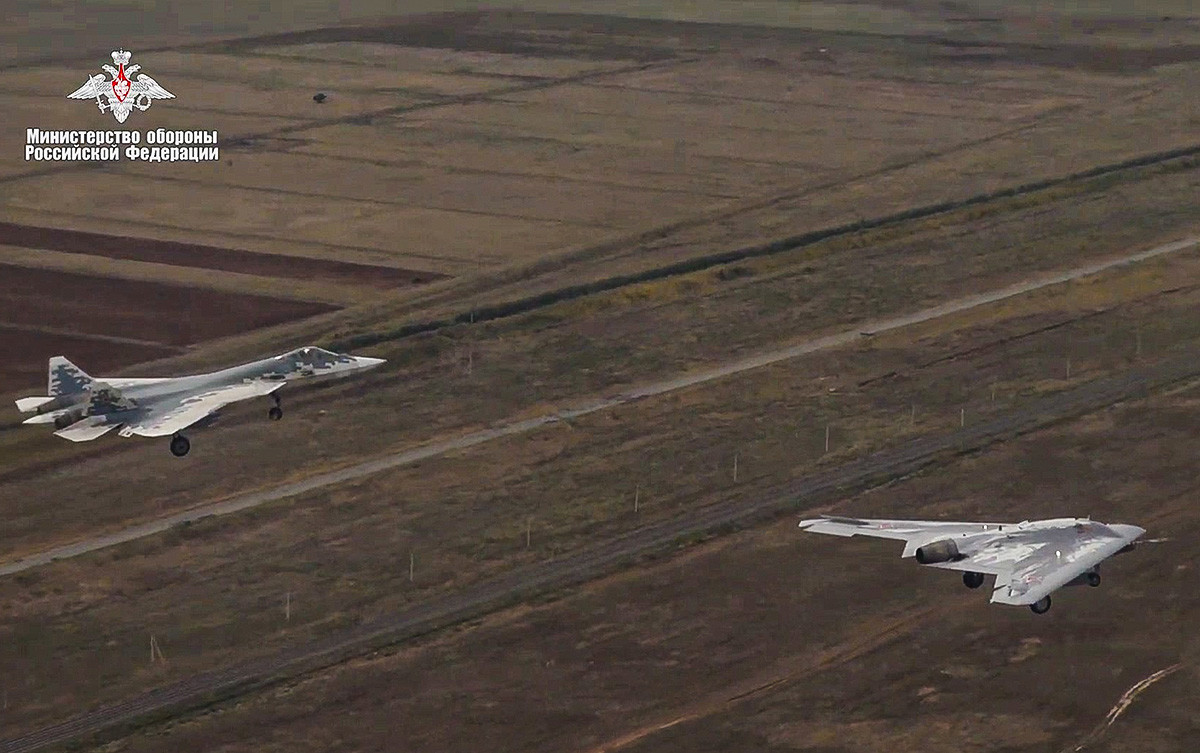 One of the biggest challenges in the development of fifth-generation jets was finding ways to conceal them from modern air defense systems.

In order to achieve that with the Su-57, engineers had to hide all of the weaponry (guided and unguided missiles, as well as bombs) within the fuselage. They also had to use the latest and most expensive composite materials in the ‘flying wing' airframe construction.

These tasks are extremely difficult, due to the overloads that the fighter jets have to withstand while flying at top speed and maneuvering during dog fights.However, the requirements were achieved by Russian engineers, and further adapted for the Su-57’s smaller UAV siblings. 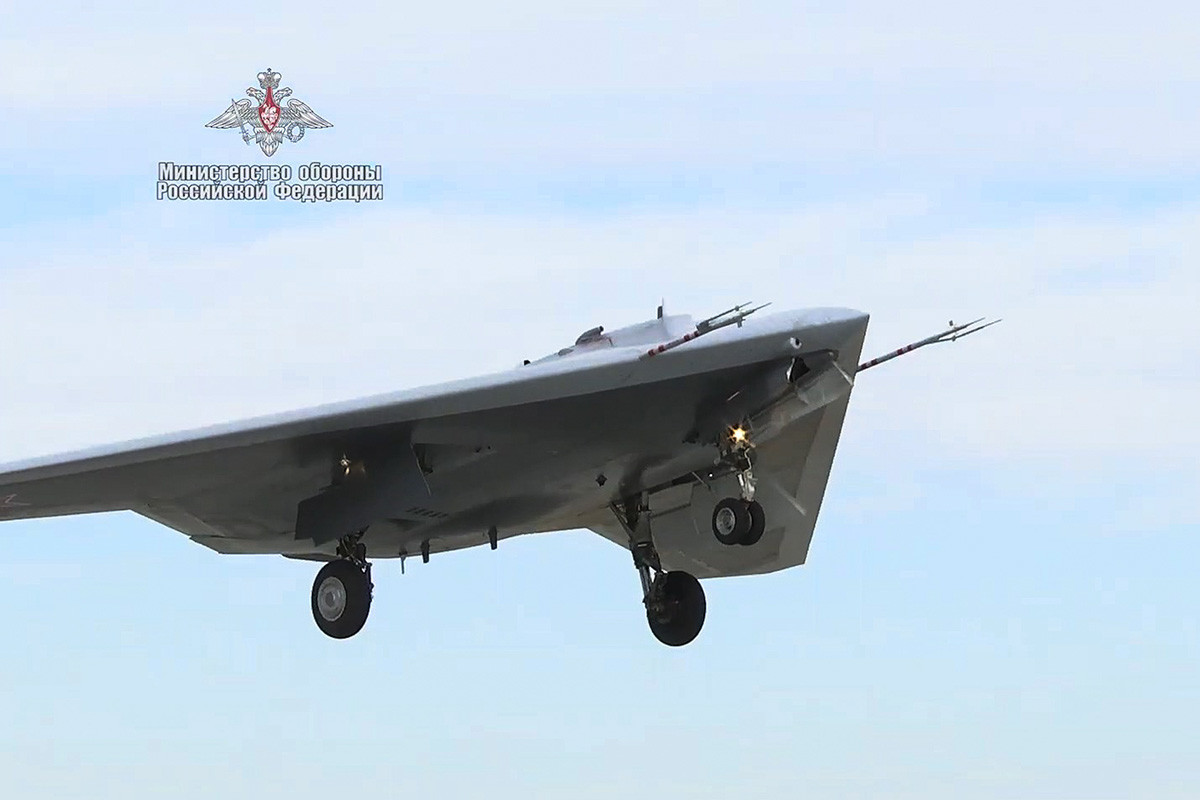 This is a 20-ton drone that hurtles towards its targets at supersonic speeds (up to 1000 km/h), and features one of the first on-board AI computers, which relieves the operator of most tasks, except for the decision to deploy weapons.

It carries most of the Su-57’s technologies, as well as ammunition. However, it’s also capable of carrying lesser weaponry.

Concerning its arsenal, the Okhotnik sports free-gliding, as well as controlled bombs, and air-to-ground missiles that are hidden inside its body in order to conceal the UAV from enemy radars.

Among them are the high-explosive fragmentation bomb, the OFZAB-500, and the air-detonating bomb, the ODAB-500PMV, both of which have been used in the campaign in Syria.

This drone only began its military tests at the start of 2020, and will be adopted by the military in a couple of years.

This drone is considered to be among the ‘heavy' class UAVs. Meanwhile, there’s also a light-class drone in the Russian military, called the Eleron. 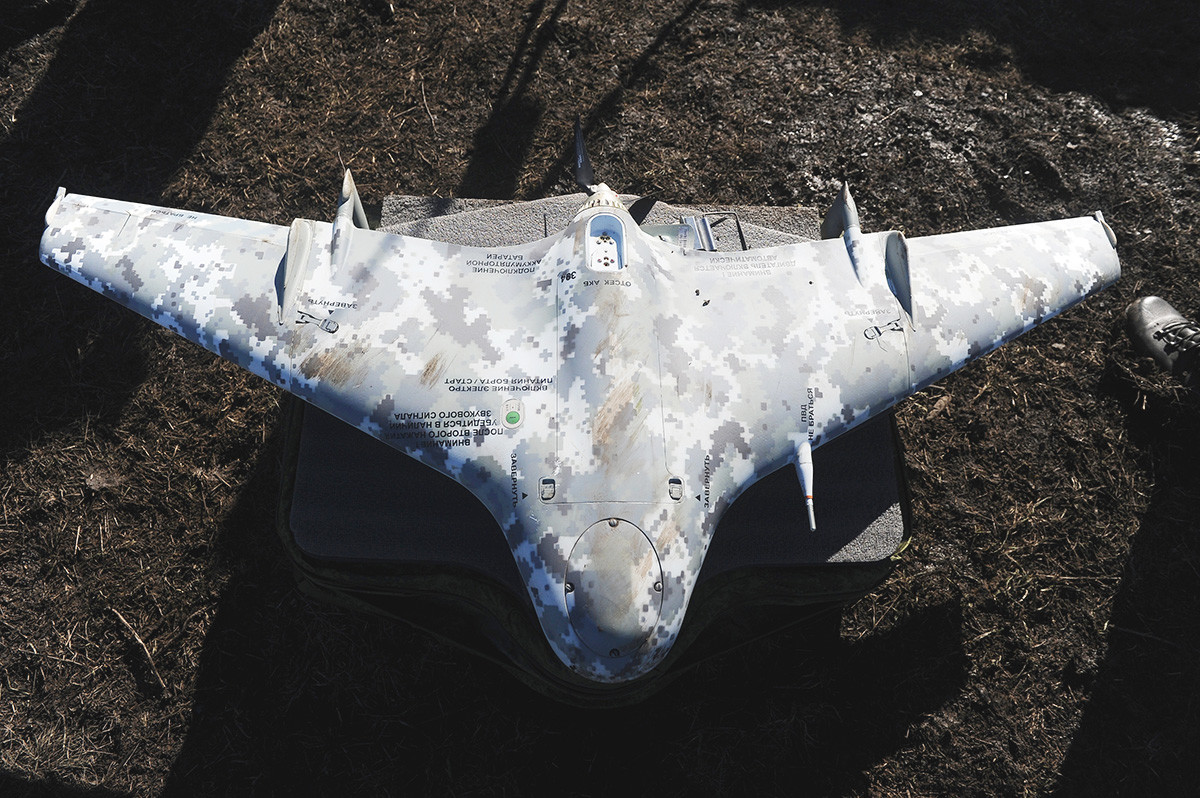 This is one of the smallest UAVs used by the Russian army. It weighs as little as 3,400 grams with a 1,5-meter wingspan. With the help of an electric propeller group, it can reach speeds of over 100 km/h and fly for up to75 minutes. Each drone can work at a distance of at least 50 km from the operator (with video signal transmission).

The Eleron was created not to carry guns and ammo, but to conduct aerial reconnaissance in urban and war zones during the day and at nighttime.

At present, all members of the ’Eleron’ family are on active service in  Russia’s  army and law enforcement agencies.