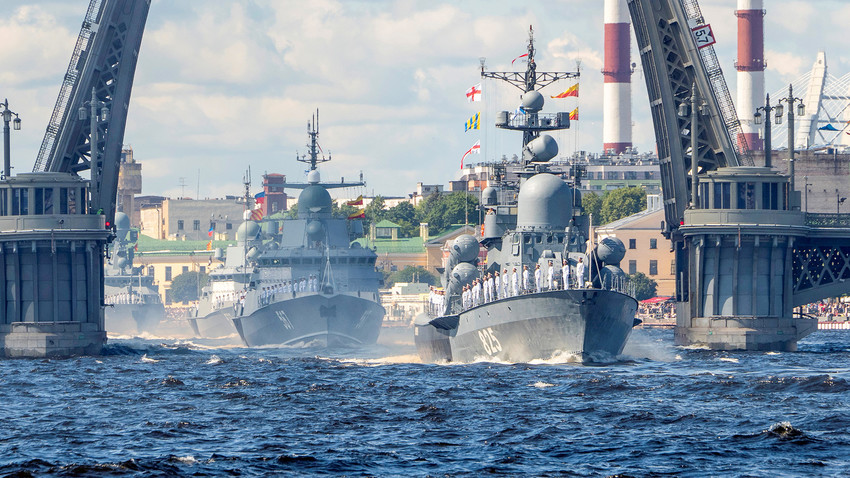 Reuters
The country held its annual Navy Day celebrations by showcasing its latest and most notorious additions to the fleet.

The most spectacular and outstanding parade took place in Russia’s ‘northern capital’, Saint Petersburg, with as many as 46 ships and submarines, 41 planes and 4,000 servicemen taking part. 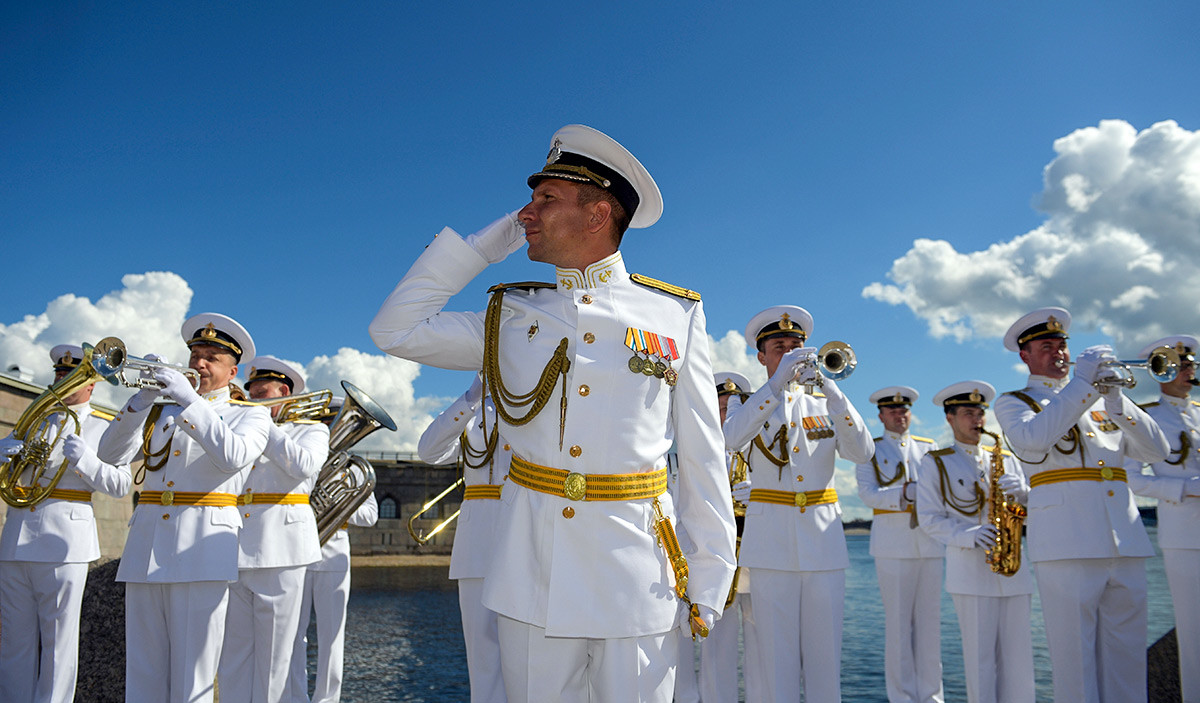 The ‘Mytishchi’ corvette takes part in a military parade on the Neva river on Navy Day. 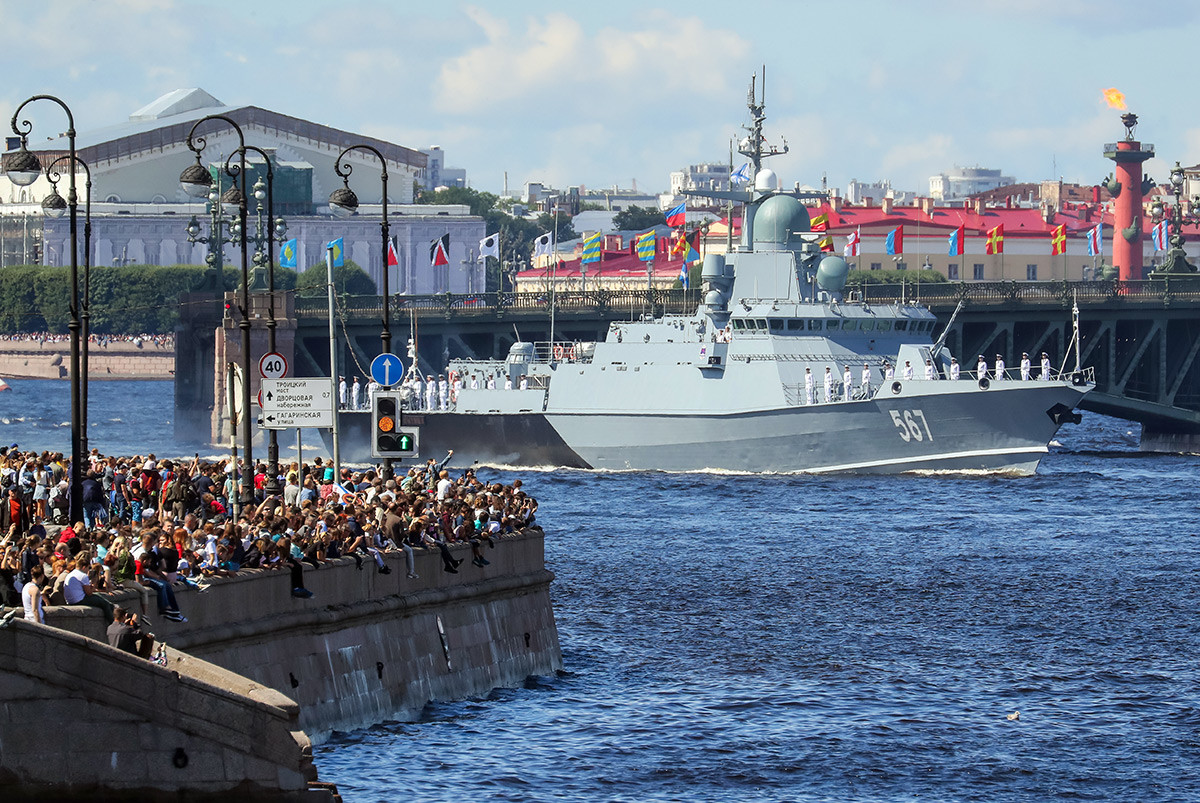 The ‘Marshal Ustinov’ cruiser sailing along the coast in one of Russia's northernmost cities, Severomorsk, hidden thousands of kilometres away from the capital in the Murmansk region. 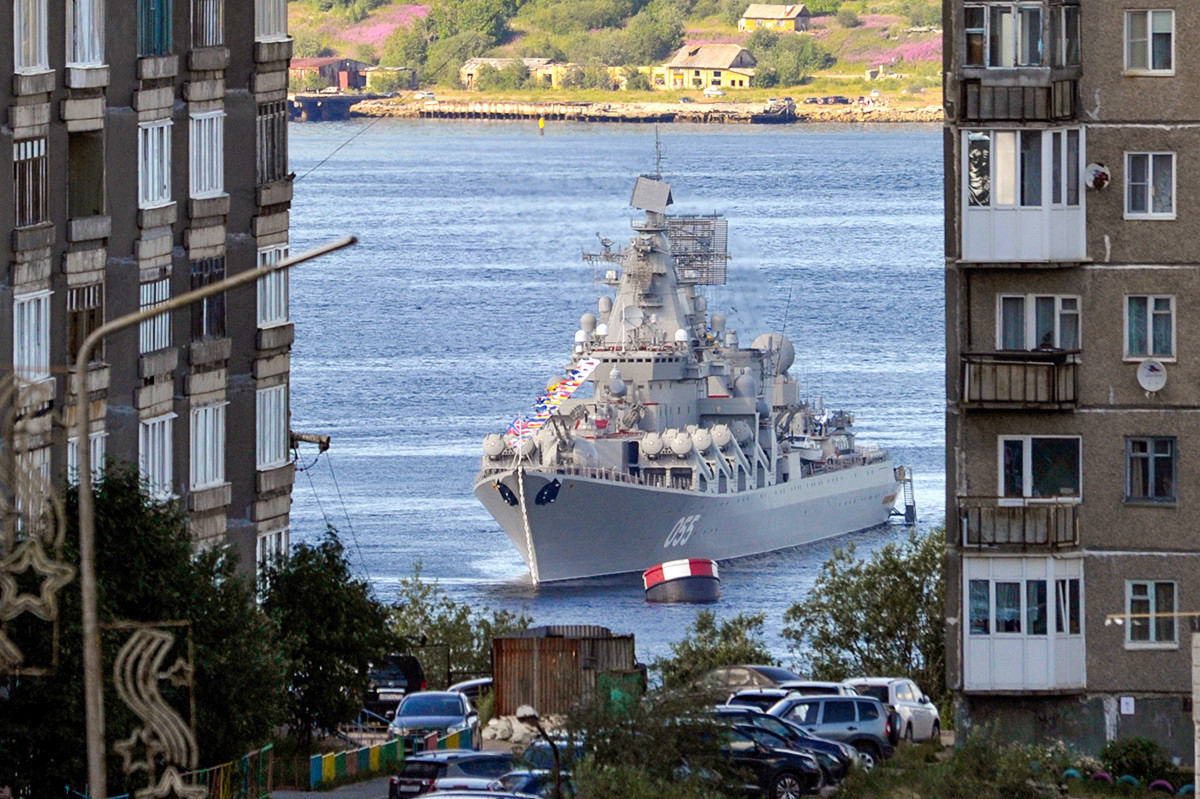 The ‘Aleksin’ corvette demonstrates its full-scale firepower during an exhibition shooting during the Navy Day celebrations. 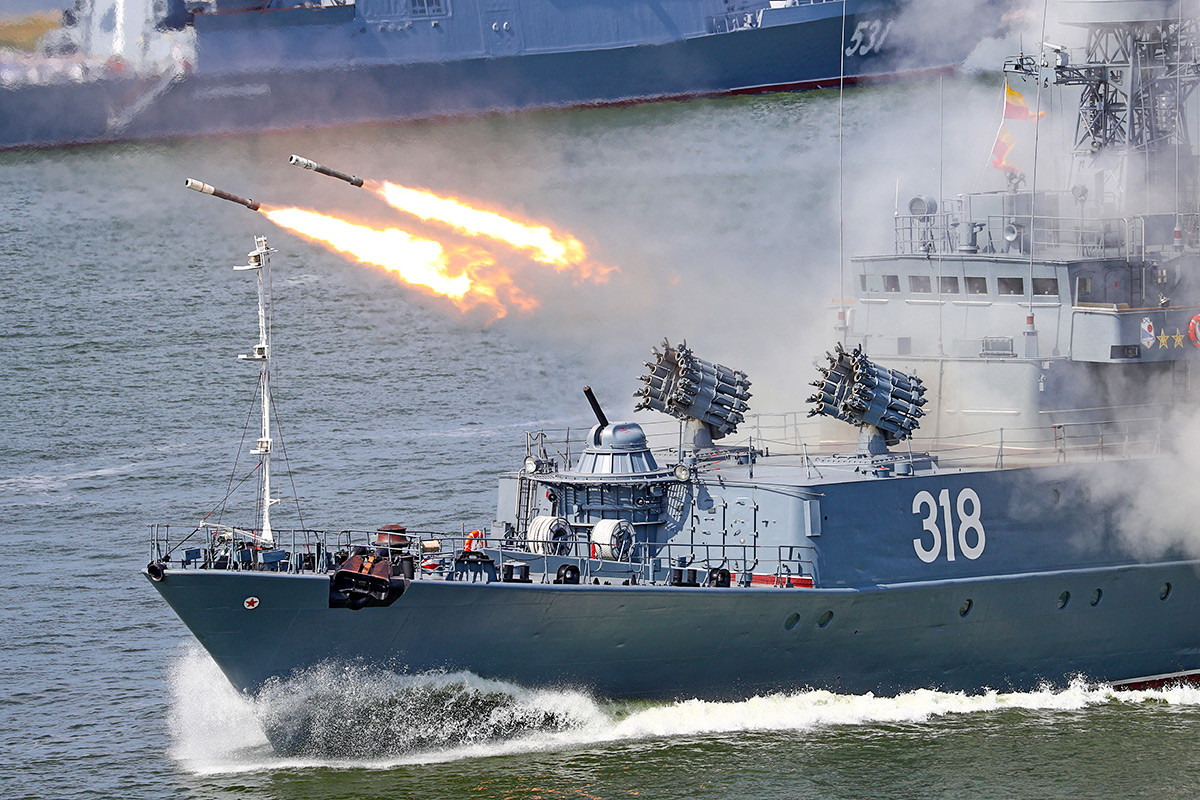 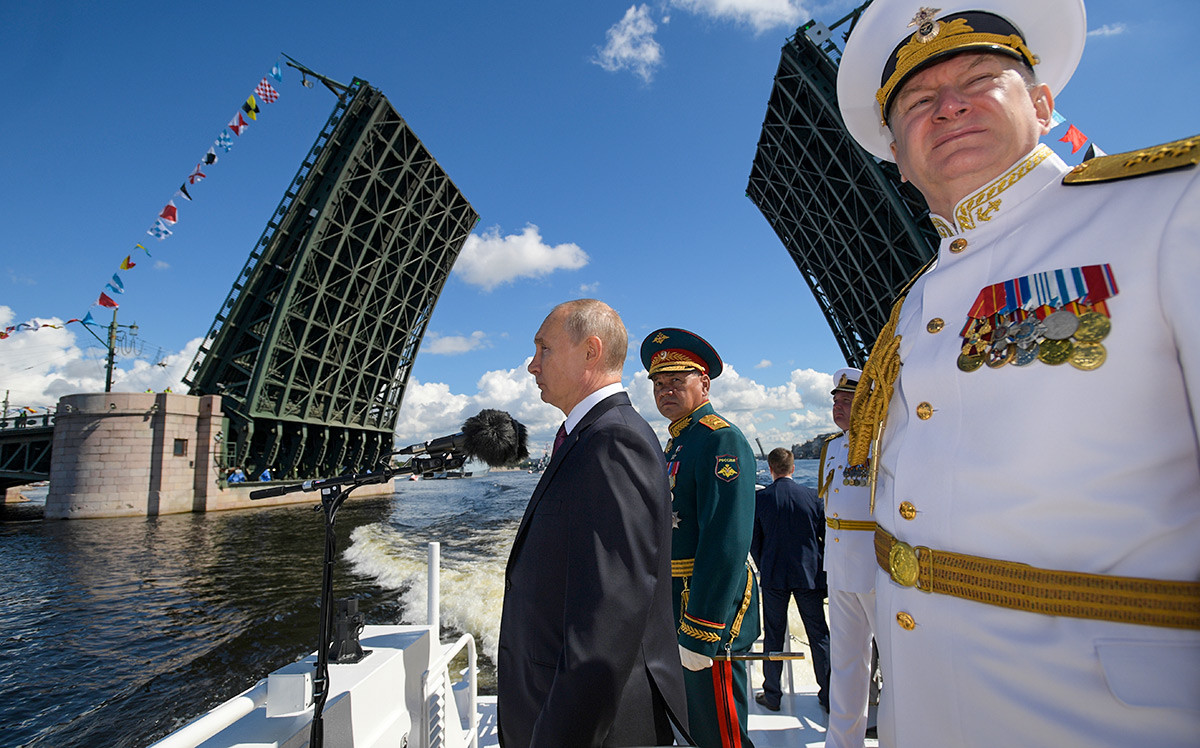 Su-25 jet fighters release smoke in the colors of the Russian state flag during the parade, thus concluding the celebrations. 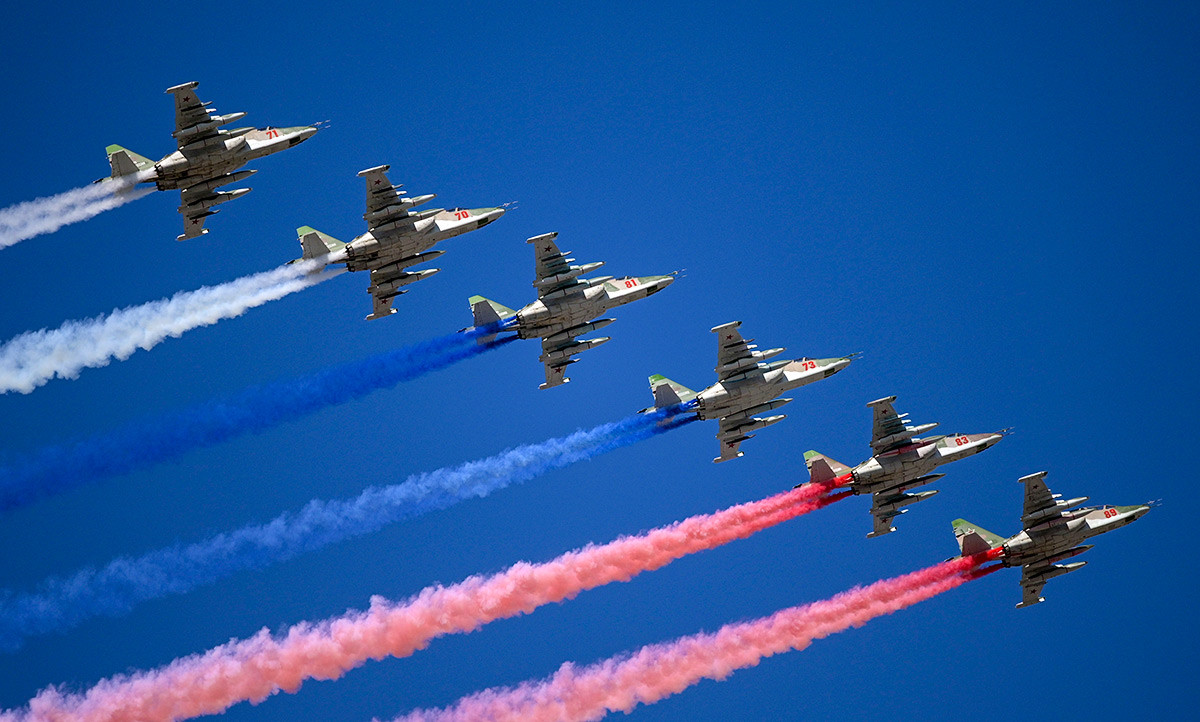 Russian Navy SEALs demonstrate their skill in one of the coastal cities of the country. 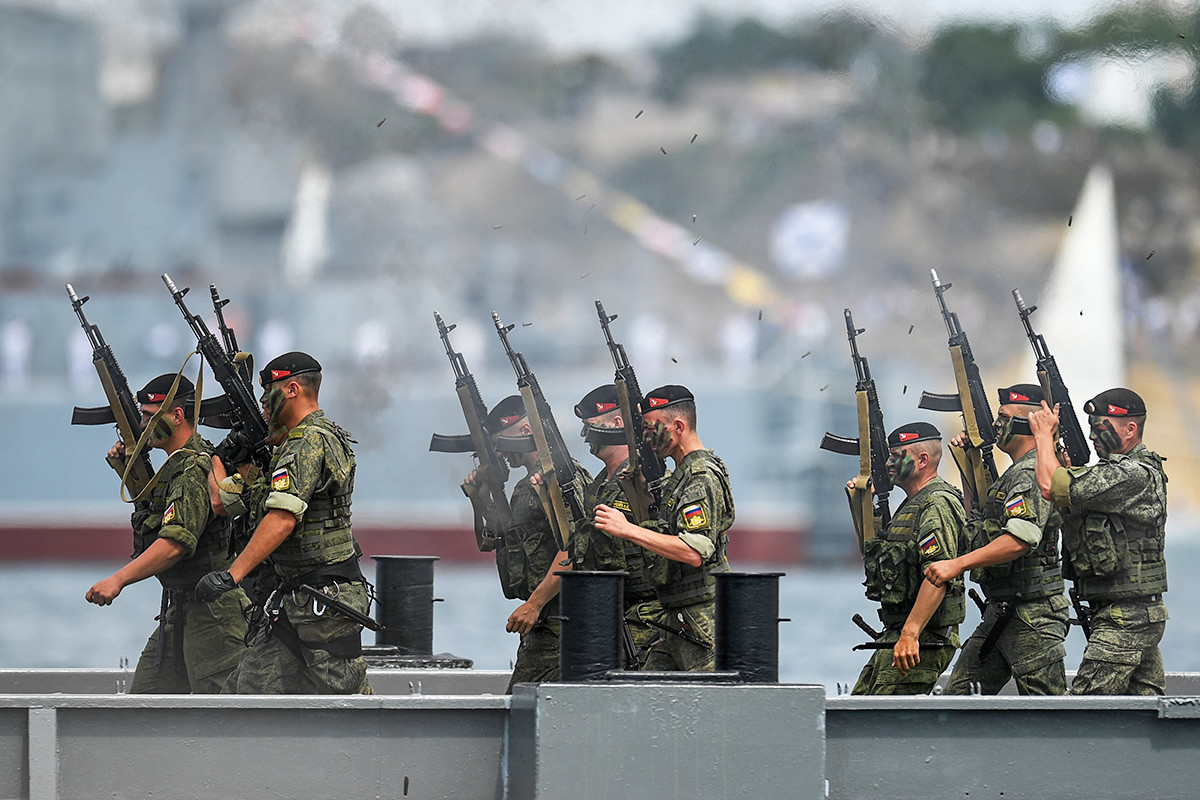 A couple attends the Navy Day celebrations in the far-eastern city of Vladivostok, Russia. 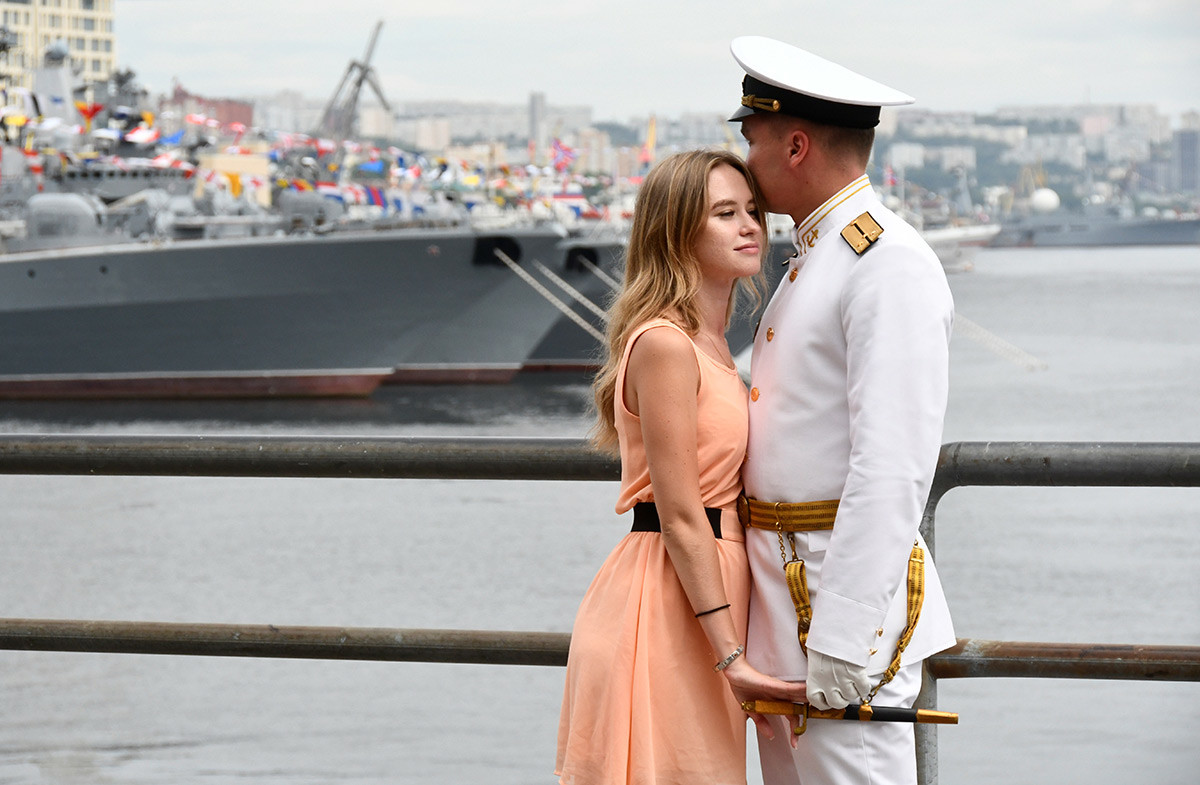 Warships sail through smoke in Kronstadt near St. Petersburg to their military bases. 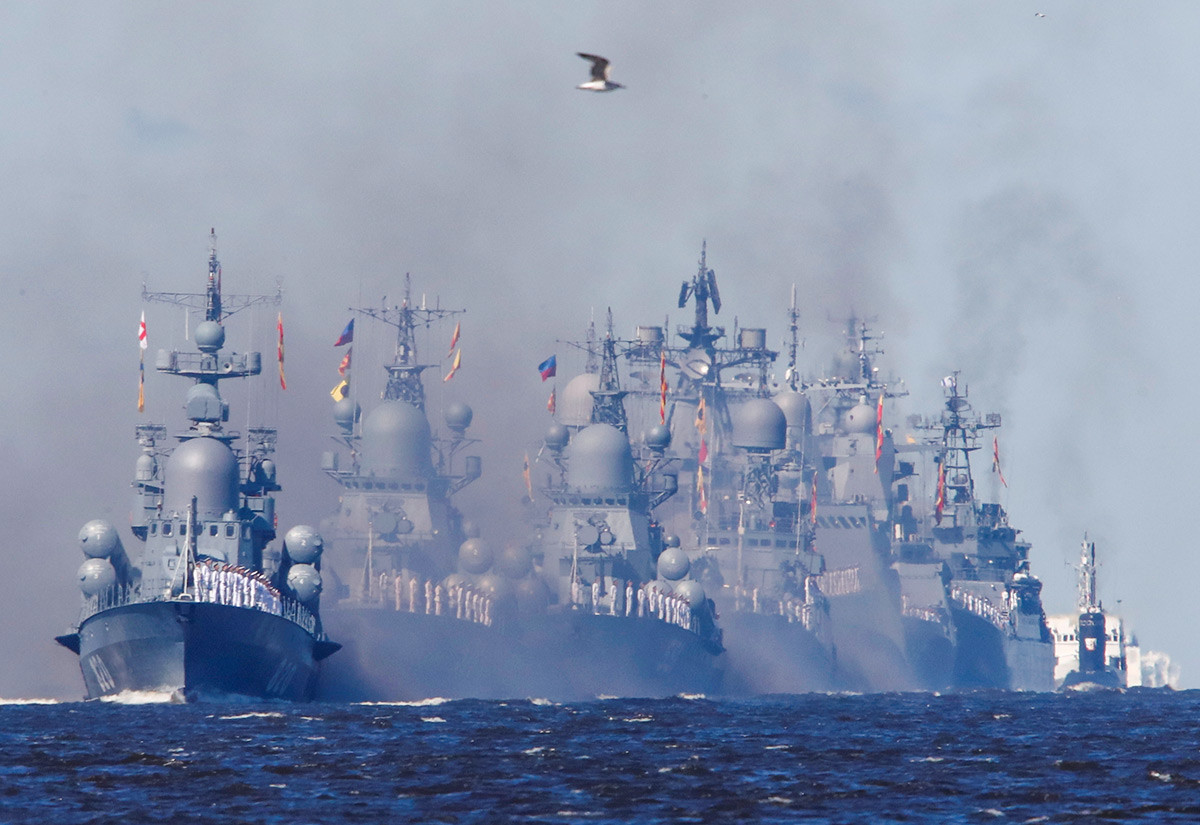