How Russian cosmonauts return to Earth 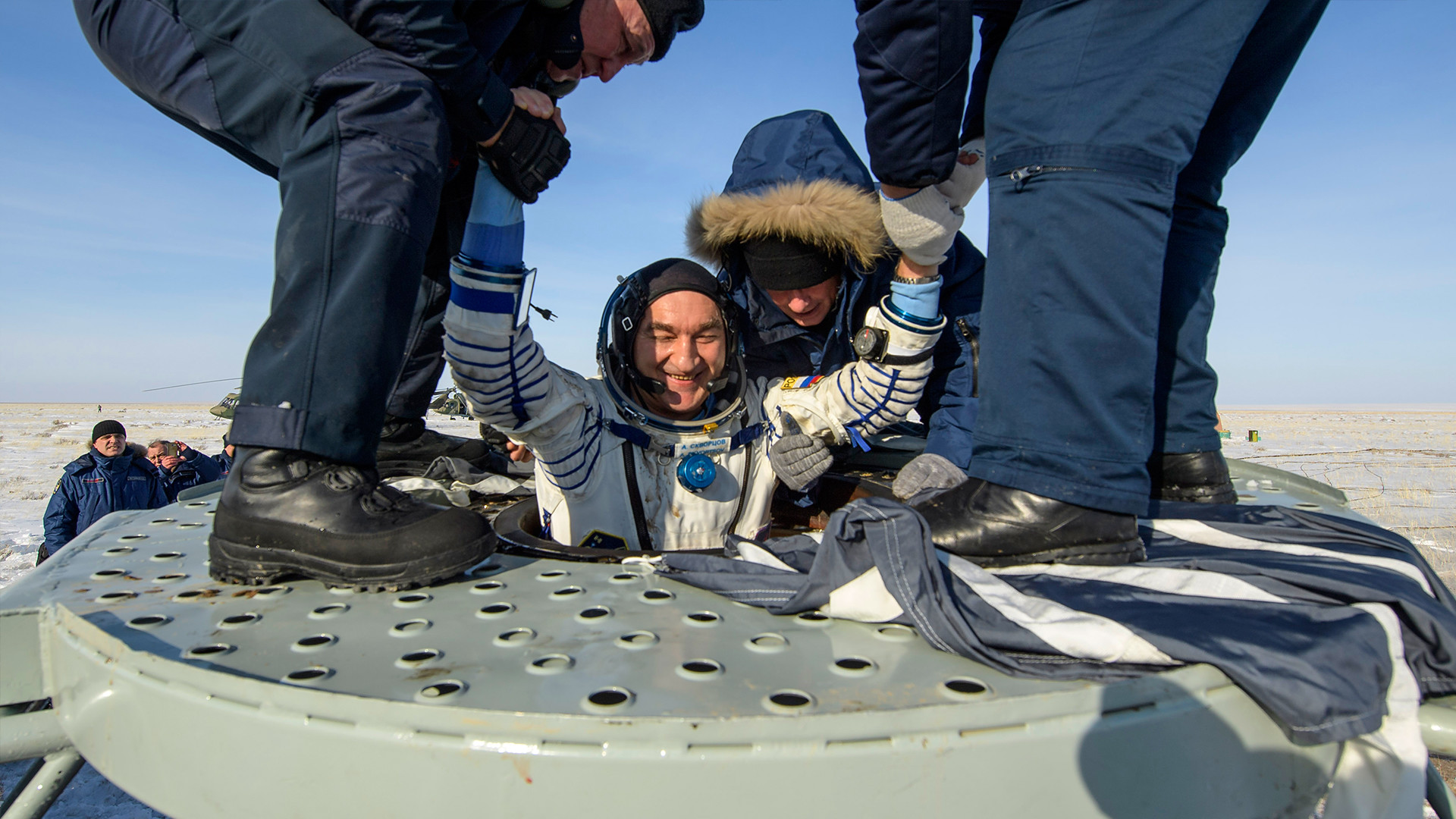 Roscosmos cosmonaut Alexander Skvortsov is helped out of the Soyuz MS-13 spacecraft just minutes after he landed their Soyuz MS-13 capsule in a remote area near the town of Zhezkazgan, on February 6, 2020 in Kazakhstan

Getty Images
Rehearsals begin a month before re-entry, which takes on average 3,5 hours to perform.

The landing of the ‘Soyuz’ spacecraft takes place in Kazakhstan. Ground crews get to work on preparing a successful landing a month in advance - a process that involves surveying the best landing site, making sure that it’s flat and contains no obstacles, so that a clean landing can be achieved. The specialists then calculate the optimal trajectory of re-entry and send the data to the crew aboard the International Space Station (ISS).

Final rehearsals are performed five to seven days before re-entry, with the aid of an instructor on the ground. They last for three-four hours, with the cosmonauts and ground crews running through all possible scenarios, including emergencies. 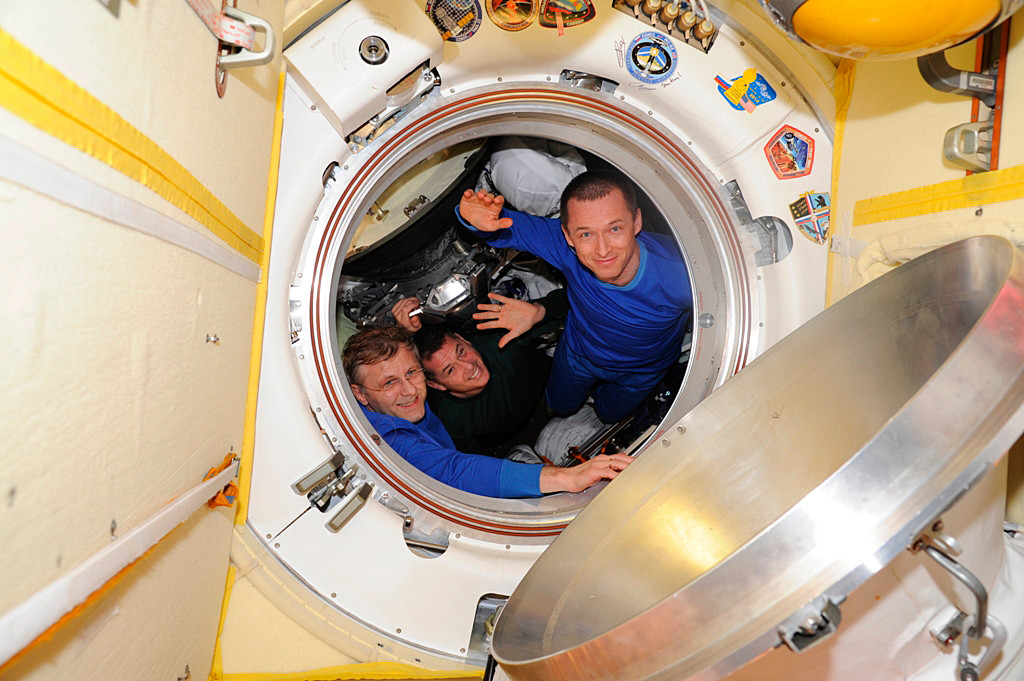 The space crew then tests the craft and loads the cargo to be brought back to Earth.

On the day of the return, the crew of the Soyuz bids farewell to their colleagues aboard the ISS, closes the hatch separating the living compartment from the station (which undergoes its own set of checks), suits up and descends into the flight compartment, where they stay for the duration of their flight home.

Undocking from the ISS and reentry into the Earth’s atmosphere

When everything is ready aboard the spacecraft, ground control gives permission to undock from the ISS. The flight commander then gives the order to retract the hooks the Soyuz uses to attach itself to the ISS, which takes three-four minutes.

Once undocking is complete, ground control inputs the necessary coordinates into the flight computer, enabling it to autopilot its way back to Earth. The flight crew contacts it to confirm the coordinates and detach from the ISS. When adequate distance from the station has been achieved, the Soyuz crew engages its solid-fuel braking engines. 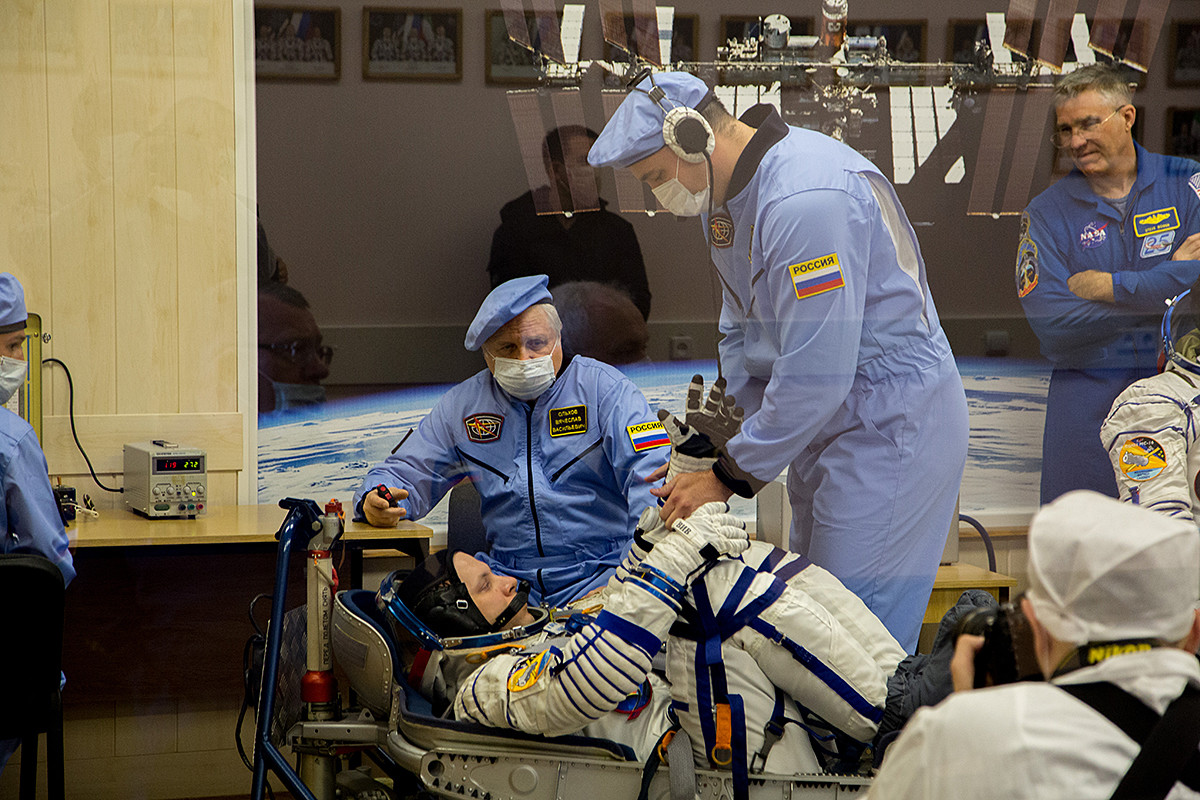 Roscosmos confirms that a successful return to Earth hinges on that operation being performed without a hitch. Thanks to the braking engines, the spacecraft can adjust its trajectory, lower the speed of descent and re-enter Earth’s atmosphere. The atmosphere, for its part, acts as a “natural brake” and further reduces Soyuz’s speed, until the parachute can be opened, ensuring a smooth landing. From the moment the engines are activated to the point of re-entry, the spacecraft is on manual control, with cosmonauts inputting necessary adjustments.

About 30 minutes before landing, before entering the upper layers of Earth’s atmosphere, the Soyuz splits into three sections: the living quarters, the landing capsule and the control compartment. The landing capsule then descends to Earth, with the other two sections burning up in the atmosphere.

Some cosmonauts list the re-entry procedure as among the most challenging of the stages. 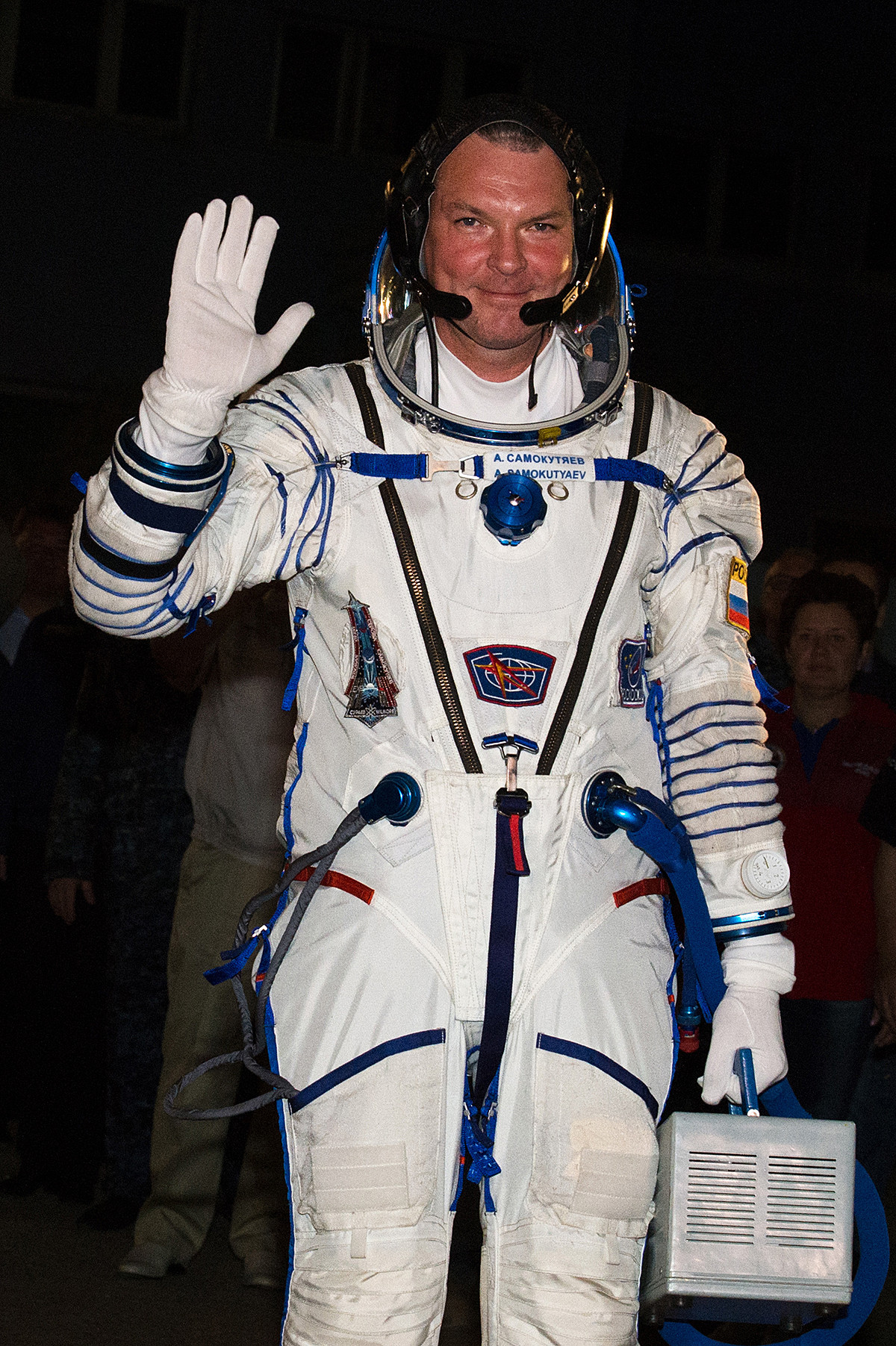 “It feels like New Year festivities - pops and bangs,” cosmonaut Aleksandr Samokutyayev recalls. “This happens when the living and control compartments separate. The g-force goes through the roof, it becomes hard to breathe or speak. The friction in the landing capsule raises the temperature.” Samokutyayev has two successful space flights under his belt - in 2011 and 2014.

Upon re-entry, two of the capsule’s parachutes automatically open - the elongated one, followed by the main one. They reduce the Soyuz’s speed down to 20 km/h to ensure a smooth landing. At an altitude of around 5,5 km, the spacecraft fires off its protection screen, which is used to shield the ship from burning up in the atmosphere. This is followed by the detachment of fuel and oxygen tanks to reduce risk of explosion on touchdown.

At an altitude of 450 meters, the cosmonauts are instructed not to speak, so as to not accidentally bite off their own tongue, as well as potentially break their jaw. 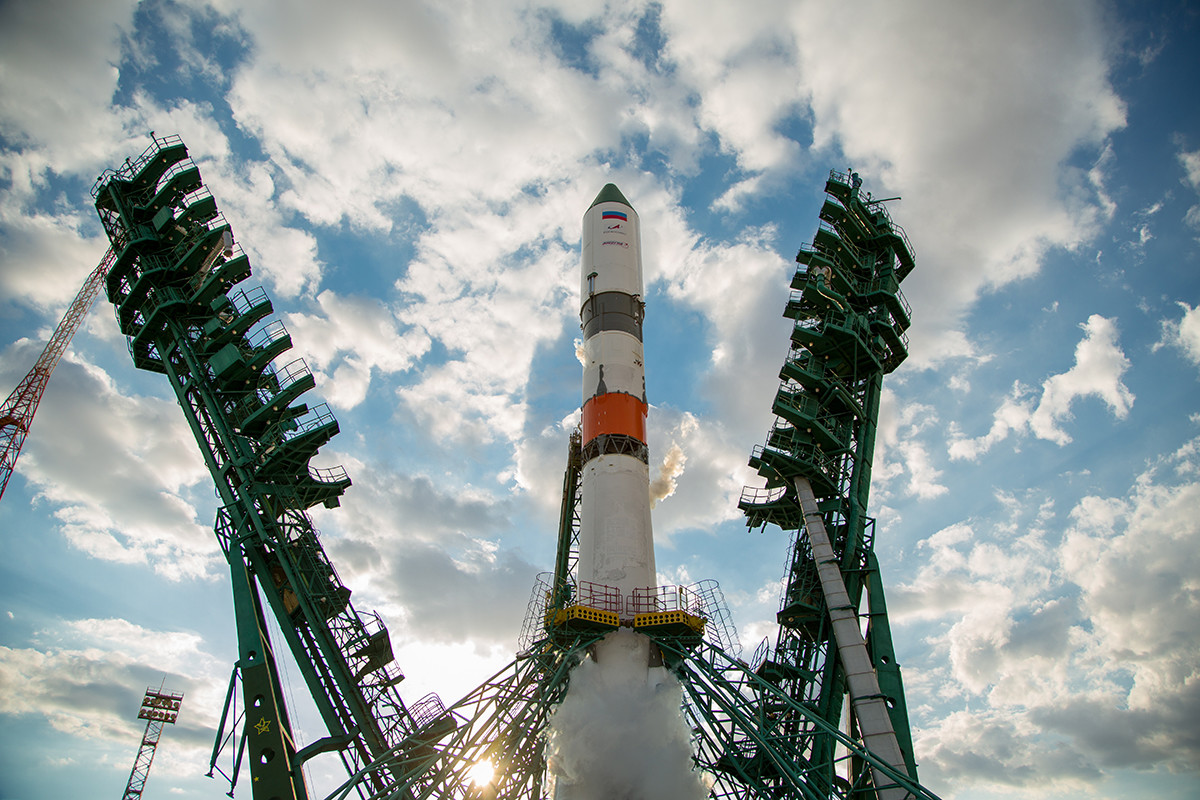 By the time the ground is clearly within sight, helicopters are already busy surveilling the capsule’s descent until the moment it lands. At an altitude of just 70 cm off the ground, Soyuz’s smooth-landing engines fire up, reducing speed to 5-6 km/h.

Upon landing, the crew commander detaches the parachute from the capsule to avoid being caught up in the strong wind, which could drag the Soyuz like a rag doll. 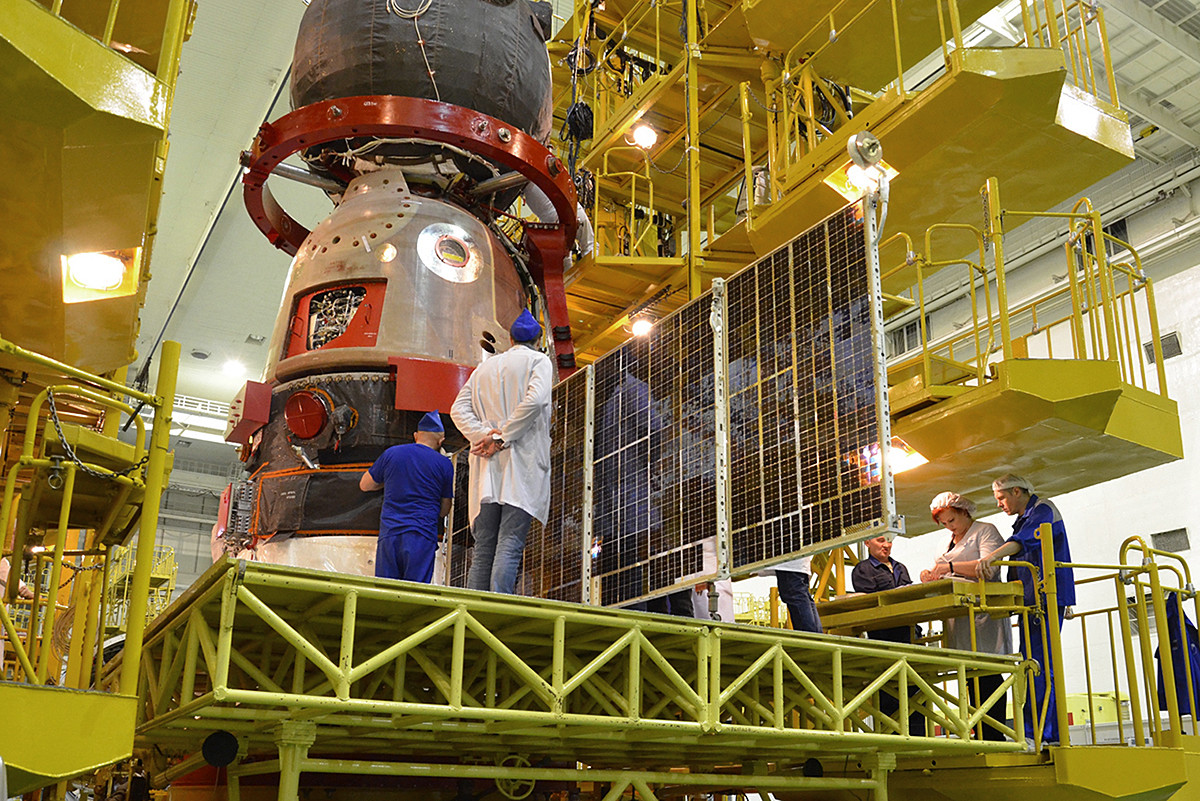 Helicopters will have by then arrived at the landing site with rescue crews helping the cosmonauts out of the landing capsule. Medics immediately set about inspecting the crew, measuring their pulse and blood pressure.

Aleksandr Lazutkin, who had a 184-day stint aboard the ‘Mir’ space station in 1997, says the most uncomfortable moment for him was the ground impact.

“Our smooth-landing mechanism failed, and we hit the ground really hard. After landing I had vestibular complications - when even a slight movement of the head leads to nausea. It passes quickly - a day or two, and that’s it,” he remembers. 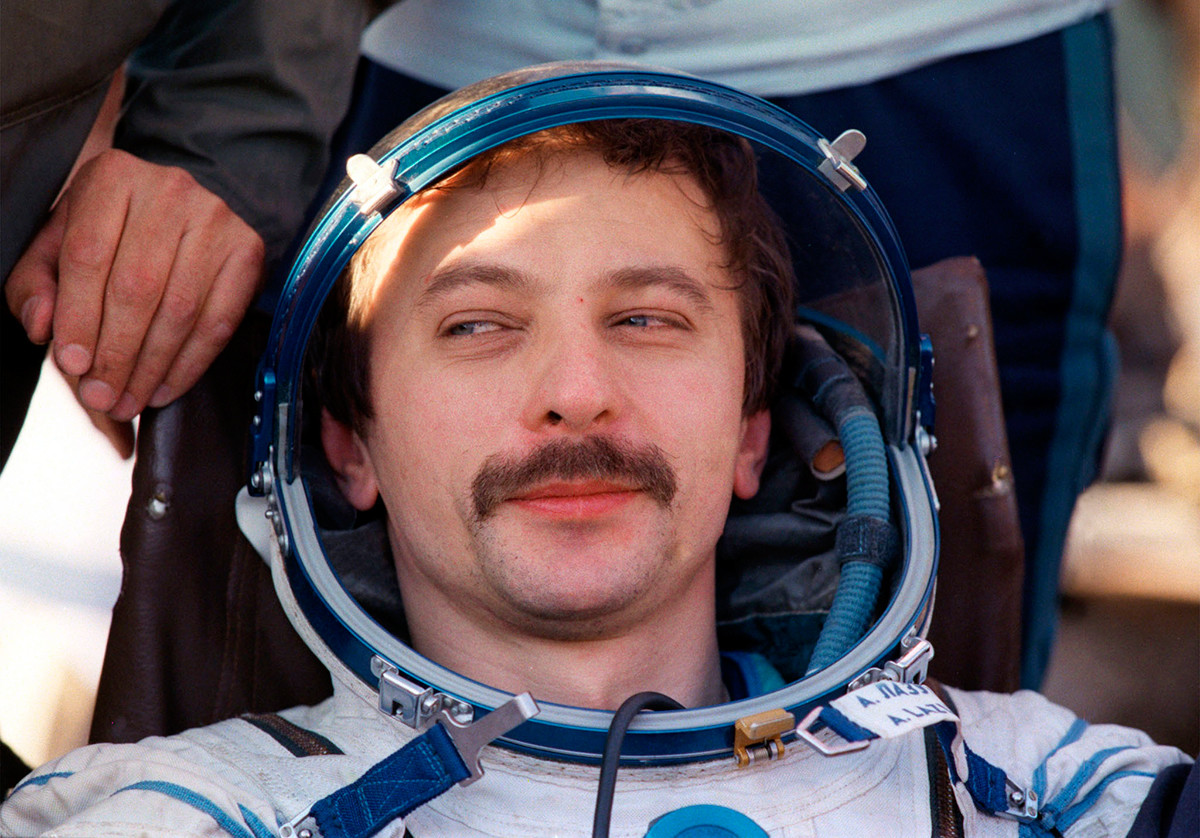 Lazutkin adds that it’s in the cosmonaut’s best interests not to make any sudden movements during that time.

“You shouldn’t be tying shoe laces, you’ll simply collapse. In space, your bones lose calcium, becoming weak and fragile. We had one case when a crew member broke their finger after accidentally hitting a desk.”

The first dream on Earth

In the days that follow, doctors perform the necessary tests, factoring in the results when planning future flights, so it’s absolutely forbidden to have a poor diet or consume alcohol, says Serkey Krikalev, who’s been aboard the ISS on six missions, spending a total of 80 days in space. 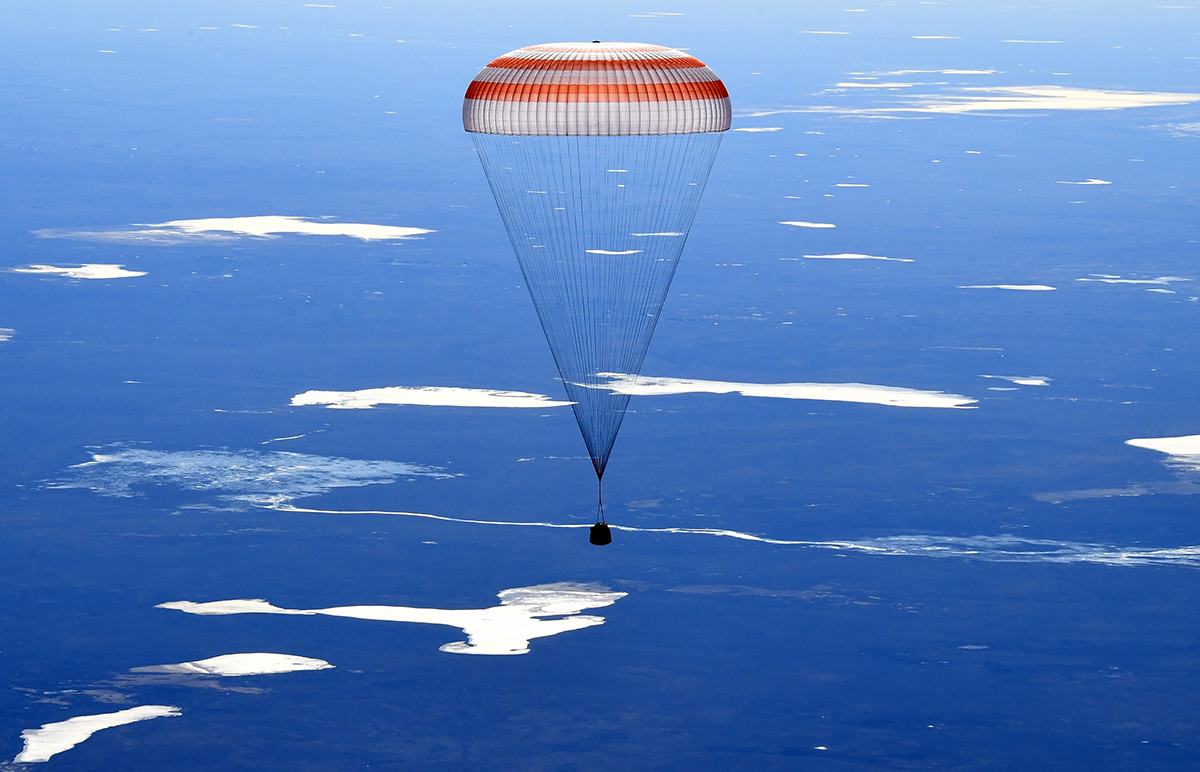 According to the cosmonaut, the usual “space habits” of throwing stuff to each other in zero gravity are soon forgotten, replaced by normal Earth-like behavior. However, getting to sleep on the first night feels really unusual.

“The first night, maybe even two, you feel quite strange, having to move your arms and legs around in bed… zero gravity doesn’t have that. But you still fall asleep faster than in space. 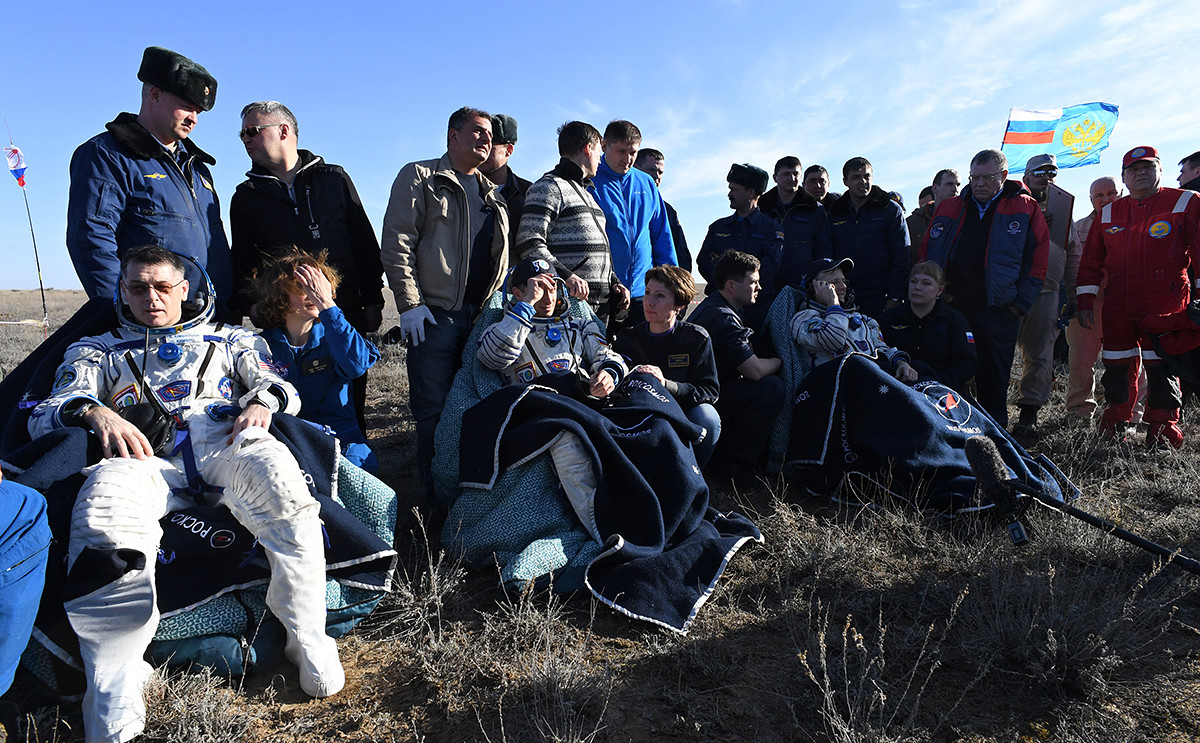 Krikalev adds that even the more lengthy missions aboard the ISS - where you’re part of a tight-knit group of cosmonauts - don’t lead to breakdowns in relationships upon return to Earth. The friendships that are forged in space end up lasting a lifetime.