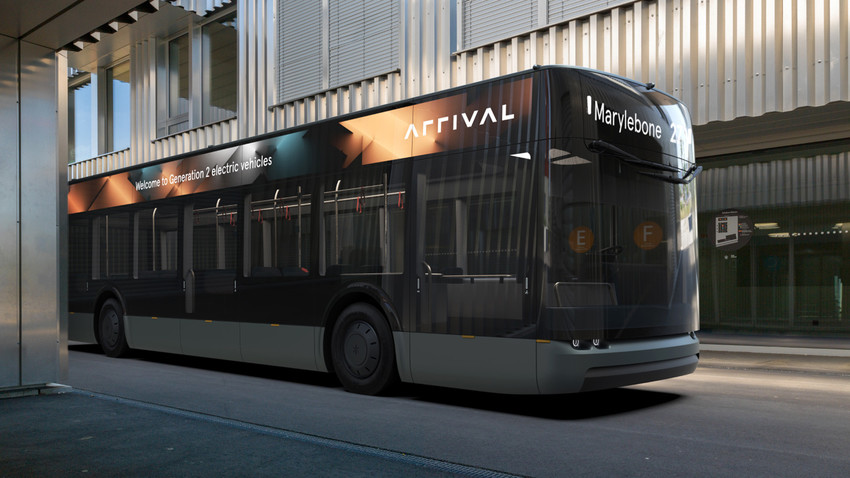 Arrival
With COVID-19 wreaking havoc with transportation worldwide, one Russian entrepreneur has proposed innovative, and eco-friendly, solutions for our transit crisis.

One of the hardest-hit industries of the coronavirus pandemic is, of course, transportation. Airlines have been forced to shut down most major routes, subway stations are operating limited services and using public transport in general has us all getting anxious. Which has led many researchers, community leaders and company heads to ask: how do we need to rethink our future?

A compelling answer has come from Denis Sverdlov, the Russian founder of the British-based company Arrival. Already the talk of the town in the electric-vehicle business, the firm has designed public transport buses, that not only promise to lower our carbon emissions, but also protect passengers by employing social distancing measures inside the vehicles.

But how is it done?

Announced back in June, the Arrival Bus is designed with an adjustable interior to allow for passengers to follow protective measures while travelling and minimize the risk of either contracting or spreading the novel coronavirus. 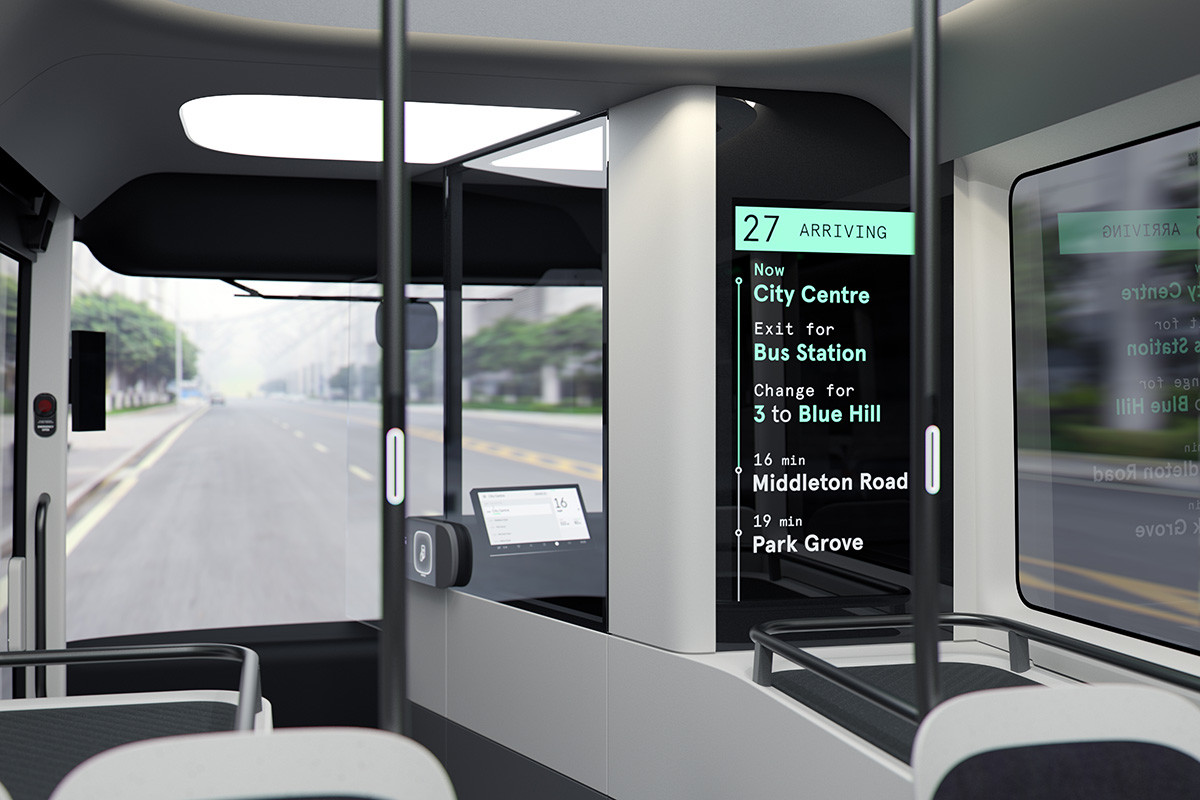 Adapting the amount of passengers, and the space between them, is key to the approach and is what makes the Arrival Bus different from other vehicles. Seats are able to be swapped out into different configurations to allow for additional space between passengers, or removed entirely. A series of plexiglass barriers offer additional protection, as do no-touch signals that let drivers know a stop’s been requested. The bus also claims to have seamless seats, which help with cleaning and disinfecting the interior more effectively. 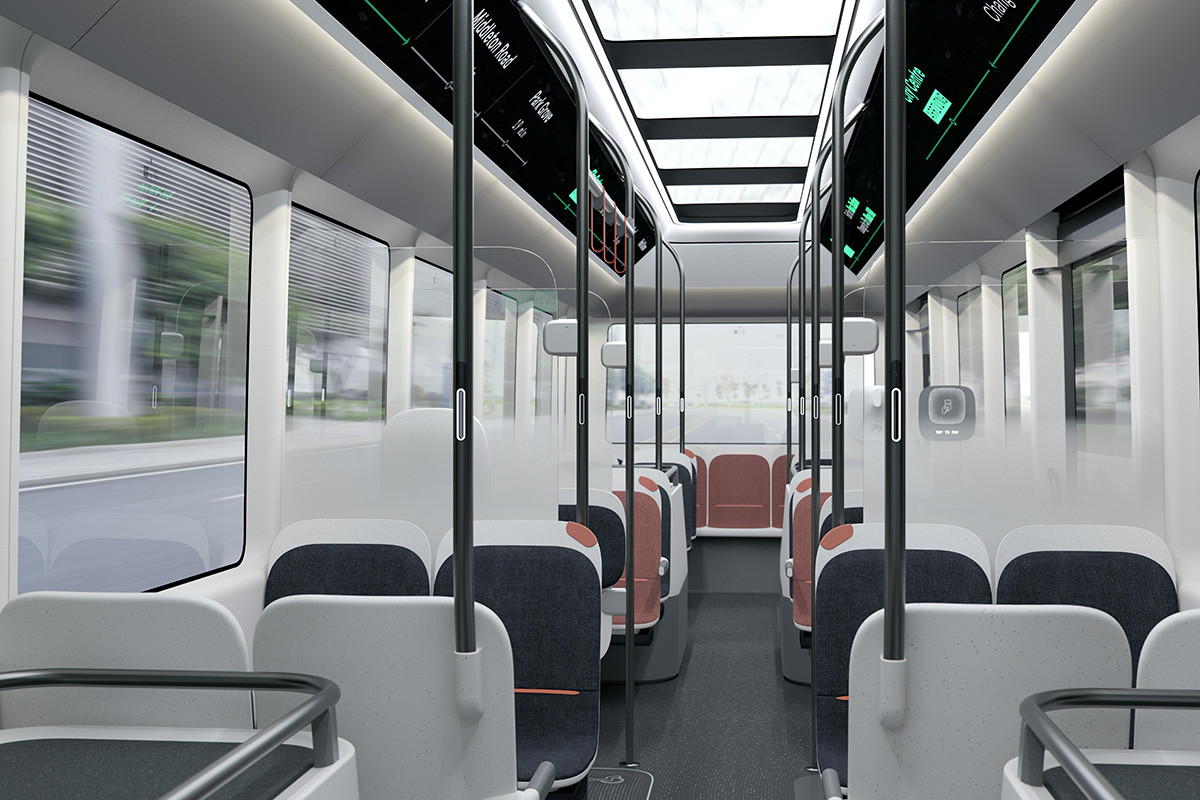 This flexibility is a major asset as, though restrictions are easing in Russia and across the world, certain social distancing measures may be in place until 2021 or even 2022. 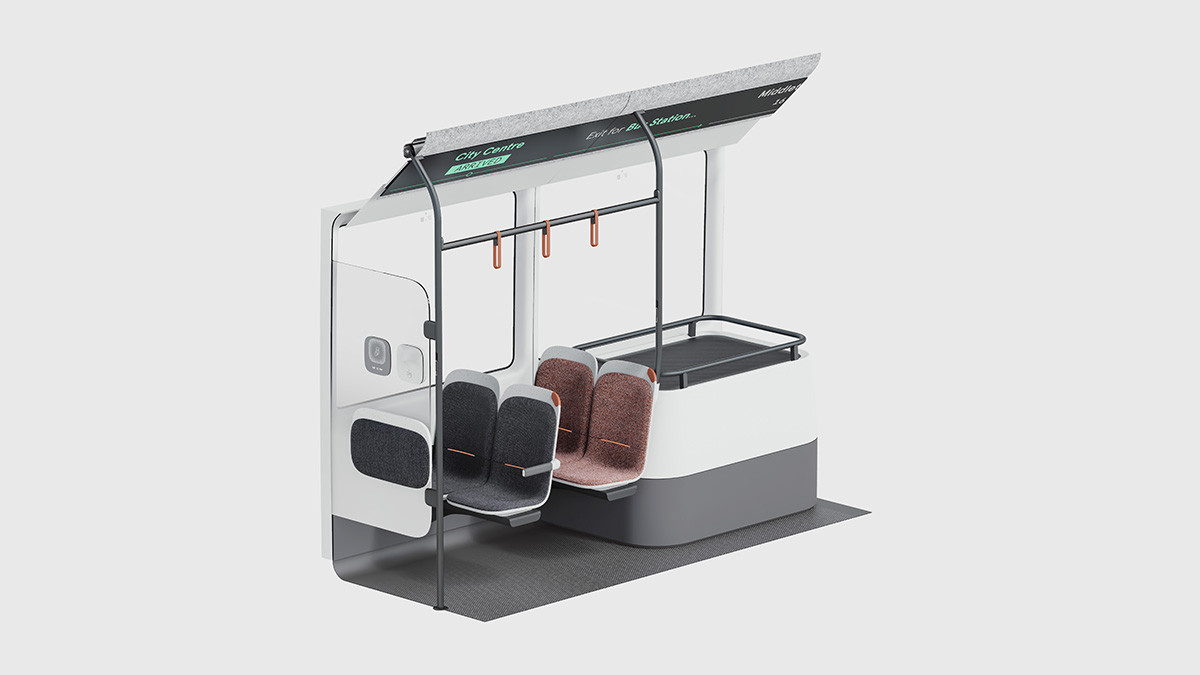 But even without taking into account the virus, there are a number of features that truly make the Arrival Bus the bus of the future. It will be equipped with smart technology, for example, that will let passengers select their stop from their smartphones (even before actually getting onto the vehicle). They will also be able to see how many people are on the bus, allowing them to make a choice to join or to wait until the next one. 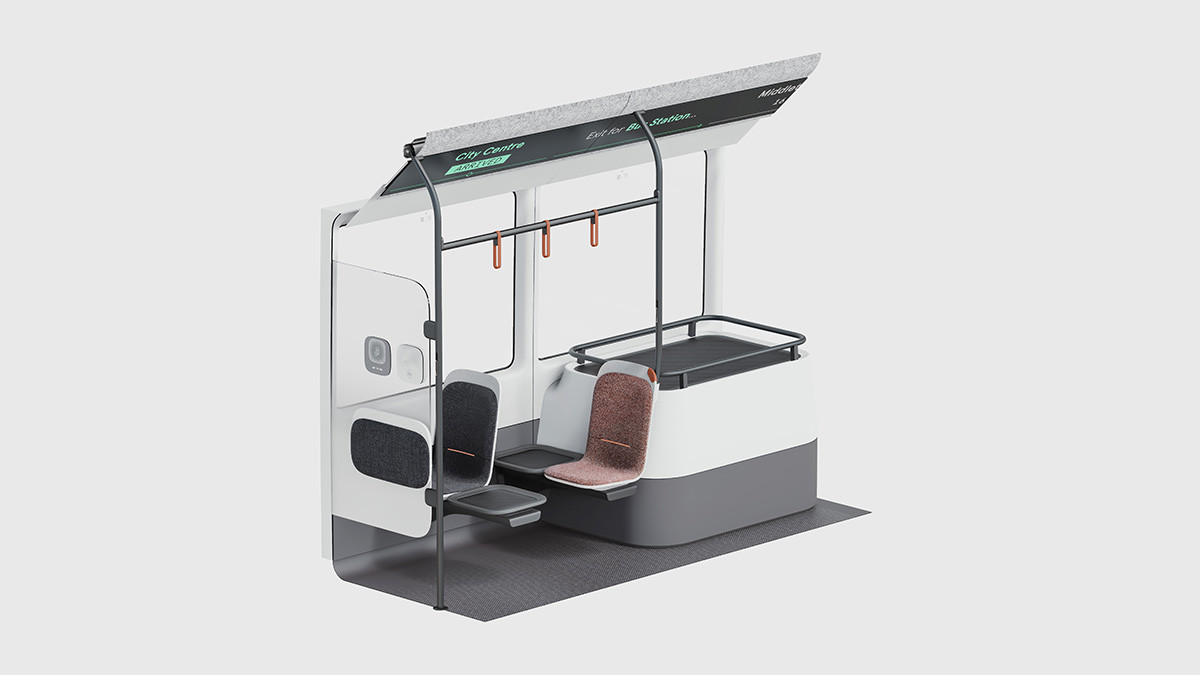 Though currently living in London, Arrival founder Denis Sverdlov has had a long history of success in Russia. He co-founded the mobile company Yota in 2007, which was one of the first providers of broadband mobile internet. It was crucial to developing the country’s first working 4G network, starting in provincial capitals like Kazan, Novosibirsk and Krasnodar in 2011, before expanding to the capital. Soon after, Sverdlov sold the company to famous Russian billionaire Alisher Usmanov for approximately $1.5 billion and went to work in the government, eventually rising to the post of deputy minister of communication. 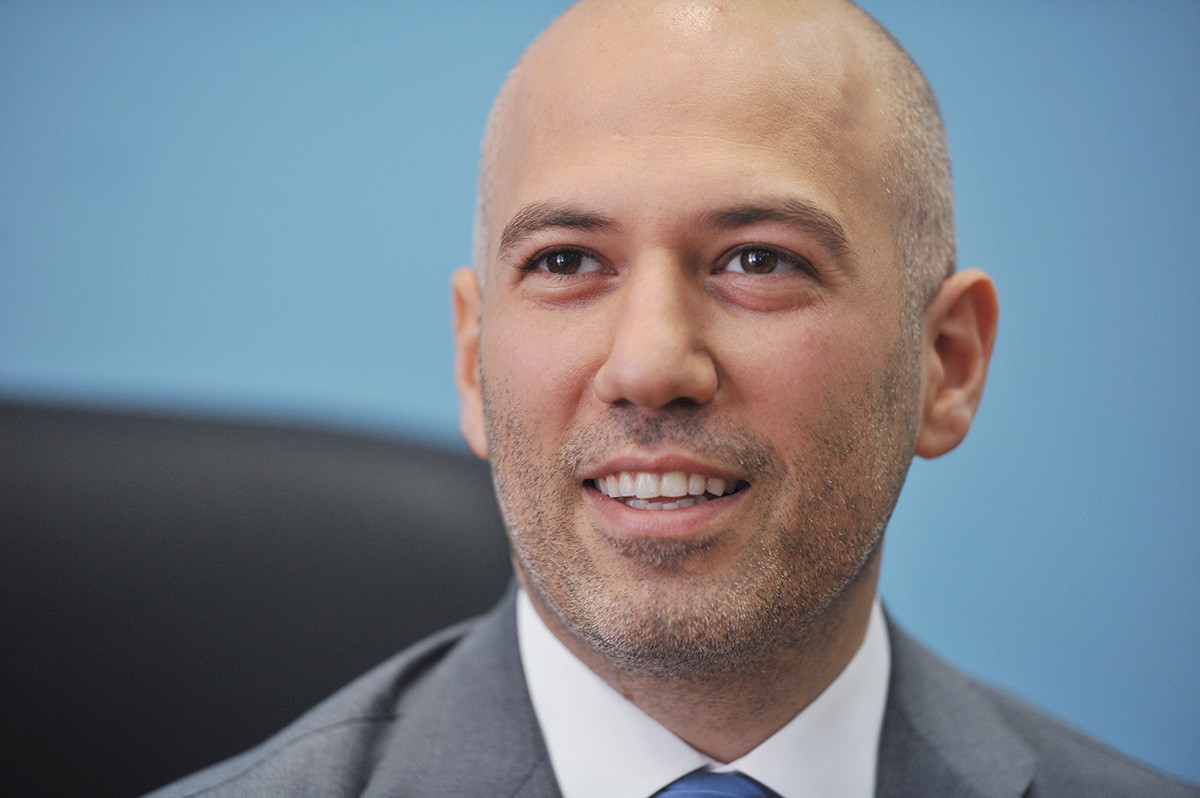 This was not to last for long, however, as new regulations introduced in 2013 required officials, along with their families, to close foreign bank accounts and disown property outside the country. Choosing business over his political career, Sverdlov relocated to London and eventually founded Arrival in 2015.

Arrival had relatively humble beginnings. Its original mission was to create electric, low-emission vans that could be used inside cities on short courier routes. It has since expanded to a company with over 800 employees with development centers in the US, the UK, Germany, Russia and Israel.

Before the public transit bus announcement this summer, Arrival made waves back in January, when it was announced that it’s first vans would hit the streets of Paris, London and various American cities by the end of 2020 – and, in the process, it has picked up some major investors.

Sverdlov was the only shareholder until 2020, but in January, he was joined by manufacturing giants Hyundai and Kia, jump-starting Arrival with a $3.3 billion valuation. Soon after, delivery company UPS decided to order 10,000 electric vans in order to compete with none other than online retail giant Amazon. Amazon recently purchased 100,000 electric vans from Rivian, an American automaker, sparking what might be the equivalent of an eco-friendly vehicle “arms race” that Sverdlov is sure to use to propel his company even further into tech-stardom.

Sverdlov’s successes are paving the way for electric ownership worldwide, which is a trend that’s becoming more popular, as electric vehicles are becoming more accessible and the climate movement continues entering the mainstream. Creating vehicles that will help us navigate the future of the pandemic, like the Arrival Bus, will only further the company’s reach and relevance.

But, while the market for electric vehicles is increasing, there are a number of obstacles present in Russia that pioneers like Sverdlov still need to overcome. 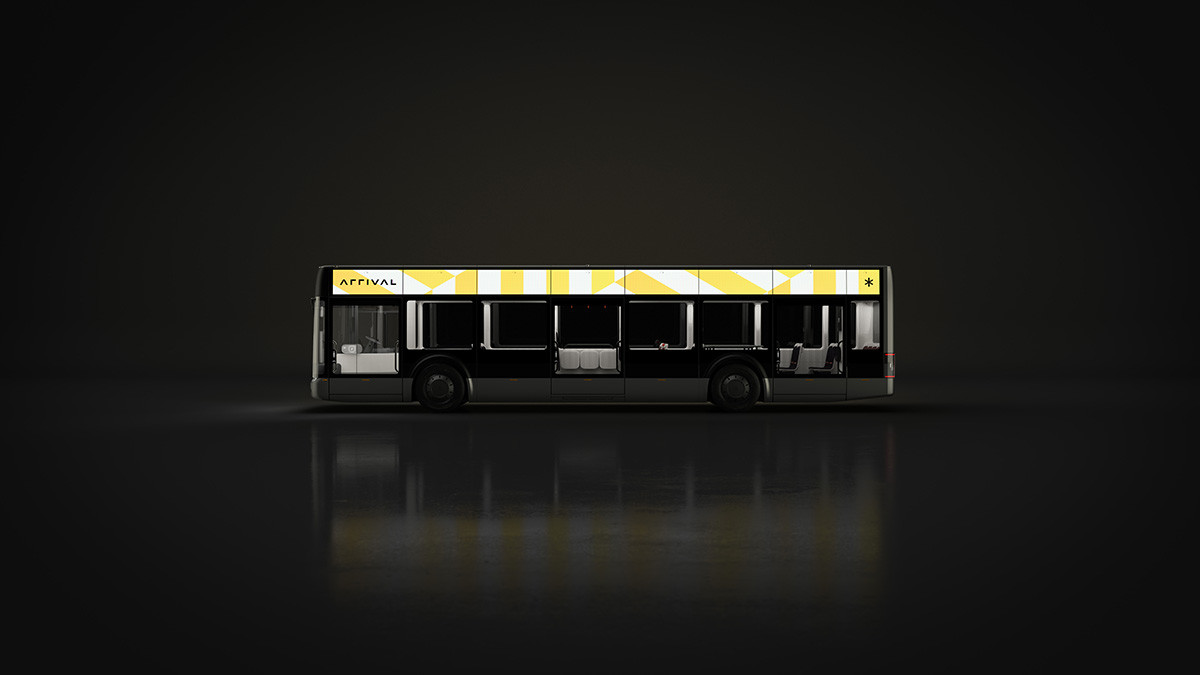 It’s not that the Russian market is a stranger to electric cars: the billionaire Mikhail Prokhorov introduced the ‘Yo-mobile’ back in 2010, which garnered over 210,000 pre-orders and even a high-profile test-drive from Vladimir Putin himself. But the crisis in 2014 caused the company to close its doors, and the electric market is still struggling to recover. According to the Autostat analytics agency, in 2019, only 353 electric cars were sold countrywide – gas-driven car sales, on the other hand, reached 1.72 million. The U.S., China and Europe offer tax cut programs to help with the purchase of eco-friendly vehicles, and there is a similar program being discussed in the Russian Duma. But, as of yet, this kind of support has yet to be implemented.

But that’s not to say that there’s no progress at all. Hyundai, one of Arrival’s investors, is working to develop driverless cars with the Russian tech giant Yandex, and Sverdlov continues to work on bringing his new vehicles into the market. Perhaps the pandemic will speed the process up, as his social-distancing buses provide a home-grown solution to an international health crisis – it also doesn’t hurt that Arrival claims its buses will cost the same as traditional, gas-run alternatives.