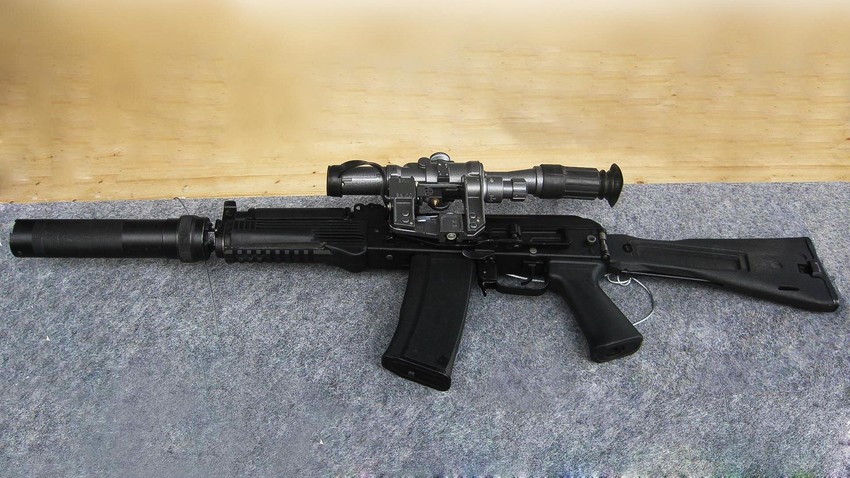 Macaque123 (CC BY-SA 4.0)
This weapon is capable of hitting targets at distances of up to 400 meters. And the shooter will remain relatively ‘invisible’ to detection.

The Kalashnikov submachine gun has been the main weapon of choice of the Russian army and special forces since the 1940s. It earned its reputation for its amazing reliability in both rain and snow. Now the designers have decided to explore a novel AK niche - that of silent operation. 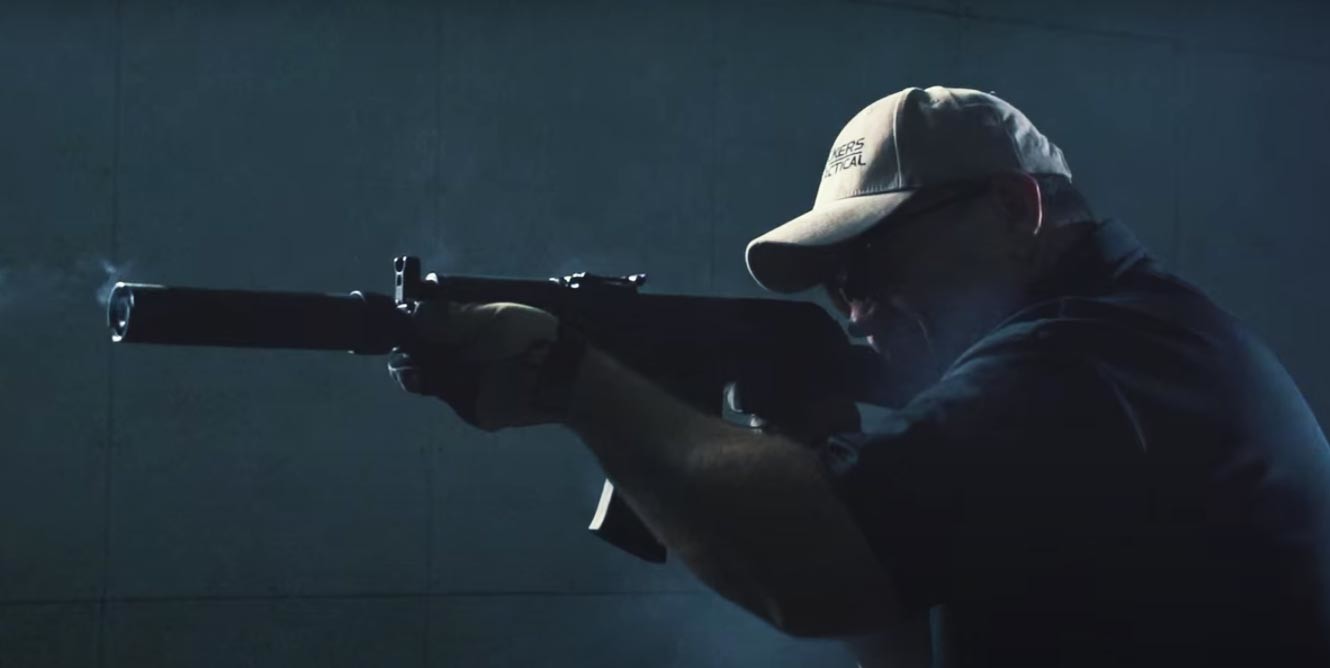 Since the late 1980s, Russia’s ‘Spetznaz’ (Special Forces) has been armed with two rifles with an onboard silencer - ‘VSS Vintorez’ and ‘AS Val’, intended for working with targets at up to 400 meters.

However, in their 30 years of use, a number of shortcomings were detected, leading the designers to come up with replacements for the guns.

“Val and Vintorez capacity stands at about 5,000 shots,” a source within Russia’s law enforcement told Russia Beyond on condition of anonymity. “In simple terms, after you’ve gone through several thousand rounds, the weapon has to be exchanged for a new one, as a portion of the mechanisms is no longer reliable. To put it lightly, this is a problem, as one training session can have you go through 300 rounds. So, you train for a month, then have to file an application to exchange your rifle for a fresh one.”

According to the source, the weapon can function without a silencer, and the design contains a number of small details which are easily lost during cleaning and disassembly.

Regardless of that, the marksman refers to the Vintorez and the Val as good substitutes to the classical AK and sniper rifles. Because, despite technical insufficiency, the rifles are effective at eliminating enemy targets at up to 400 meters.

“For instance, an effective range for a 5,45x39 mm caliber AK ends at 250-300 meters, while sniper rifles of the smallest caliber, the .308 Win, work with distances of up to 600 meters. But in the case with those, price begins to be a factor, as they start at several thousand dollars, so not every department in Russia can afford them.” 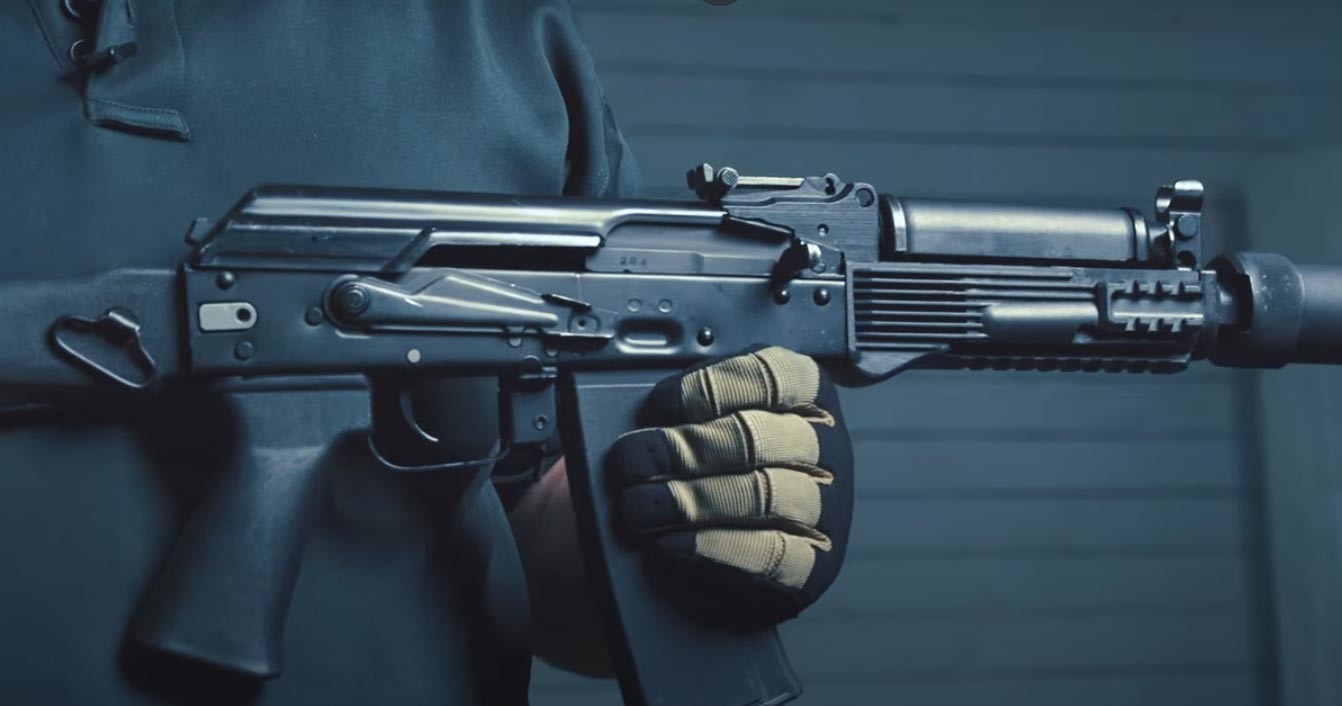 The long wishlist of improvements proposed by Russian marksmen has led weapons designers to create a new, silent - and at the same time, compact - rifle, intended for stealthy engagement of enemy targets. You get all that with the new AK-9, intended for use with the specialized 9x39 mm round, allowing for silent operation. The ammo can pierce second-class armor and armorless equipment at 400 meters.

Technically-speaking, the AK-9 is the successor to the classical AK-74M. The main difference between them is in the narrowed-down gas outlet nodes and trunk of the AK-9. The other obvious addition is a new subsonic round, which isn’t quite as deadly as the one used with the  AK-74M, but allows for firing without noise (and much fire either) on targets, unlike the 5,45x39 mm.

The lower part of the AK-9 has bindings for an underbarrel grenade launcher, as well as a laser pointer and tactical flashlight. On the left of the receiver you get a nest for collimator and night vision sights.

Unlike the Vintorez and the Val, the AK-9 can be used with and without a silencer. Past models worked only with a silencer. The rounds are fed by a 20-round magazine.

The AK-9 can fire in the classical single-shot and automatic modes. There are no fancy two-shot bursts like on the new AK-12.

At present, the gun is in its final stages of development pending a successful passing of trials by Russia’s special operations detachments. The model could be presented to the public at the upcoming ‘Army-2020’ show outside Moscow later in August this year.