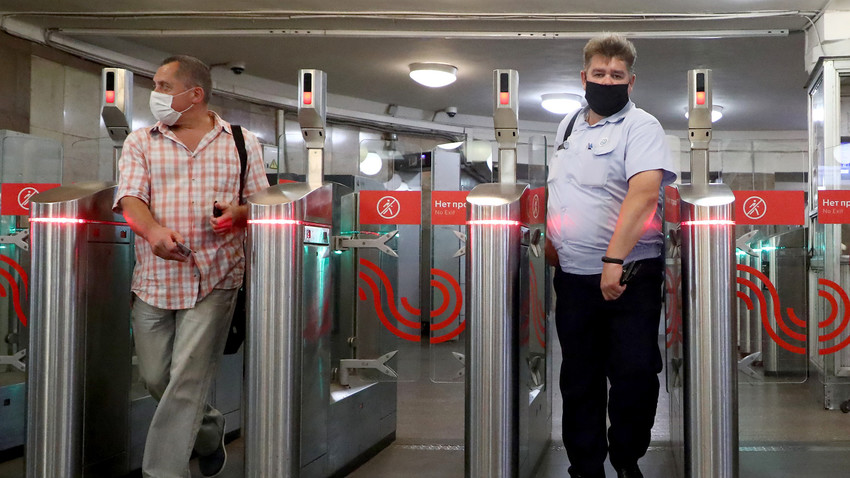 Anton Novoderezhkin/TASS
Commuters in Moscow will soon be able to take a ride on the metro with just a turn of their heads, as the Russian capital embraces next-generation facial payment technology.

According to the city hall, Moscow has all the chances to become the “first in the world” to introduce the new facial recognition payment system in spring 2021.

“The metro is moving to a new level: Face Pay,” Moscow Deputy Mayor Maksim Liksutov said in a statement. “Imagine the turnstile opening its doors in front of you. Sounds a bit fantastic, but this is our immediate future,” the official noted, without revealing any further details.

At least one turnstile at each metro station will be equipped with the contactless facial recognition technology as soon as next spring, Moscow authorities say. The system is currently in the first stage of its testing, with initial test runs planned to be finished by October 1, 2020.

Facial payment is poised to become popular with travelers in Moscow, where as many as 9 million people ride the subway on an average weekday. “Everyone is so accustomed to paying by cards and smartphones that this feature does not surprise anyone,” the Deputy Moscow Mayor said.

READ MORE: How much does a Moscow Metro ticket cost in 2020? (INFOGRAPHICS)

Last year, a limited number of metro turnstiles were outfitted with facial recognition technology that scans and identifies faces. Cameras were placed on turnstile stands at face level. The devices help spot criminals and missing persons, creating a more secure environment in Moscow, home to more than 12 million people.