This Soviet MONSTER ended up beached on a Caspian Sea shore 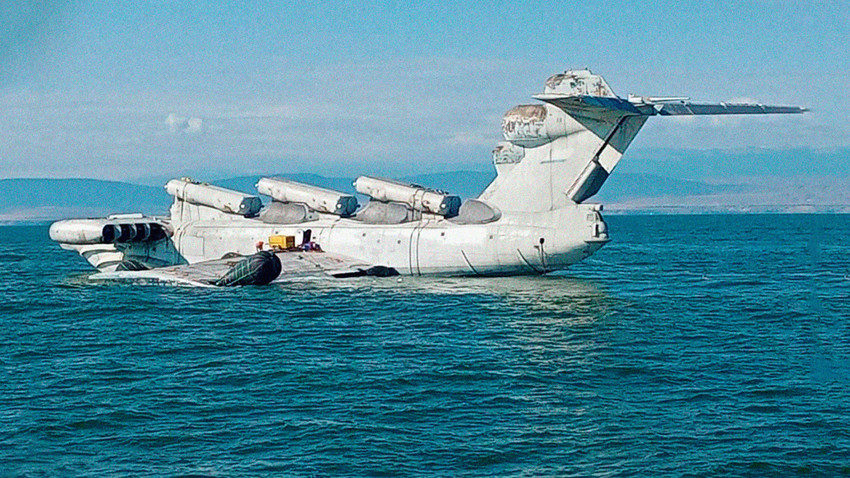 Sputnik
Invisible to radars and fast, the ekranoplan had been a formidable war machine before it was discarded for good.

Russian roofer and blogger Vitaliy Raskalov recently discovered a Soviet-made ground-effect vehicle — known as an ekranoplan (which translates as “screenglider”) in Russia — abandoned on the shore of the Caspian Sea in Dagestan, Russia.

“The ekranoplan lies on its belly on a wild beach and soaks water, because it had been damaged during transportation [to its current location]. I hope that the Lun ekranoplan, the only one of its kind, will remain intact and won’t be destroyed by looters,” wrote the blogger on his Instagram.

Raskalov’s followers compared the wingship to an alien spaceship, because of its original and highly unusual design.

Indeed, the Lun wingship does look unusual: it is giant — 74 meters long (240 ft.) and 19 meters tall (65 ft.), powered by 8 turbojet engines and equipped with six anti-ship cruise missiles. When in use, it could reach a cruise speed of 550 km/h (341 mph), a level unmatched by any other existing heavy ships.

In essence, the Lun is a hybrid of a ship and a plane: the resulting floatplane uses wings to create pressure underneath its body and elevate it to a minimal altitude — only a few meters — enough to fly above a body of water, ice or even flat ground. Correspondingly, it could land on all three surfaces without a runway.

The primary purpose of such an aircraft was to use it in combat against the enemy’s aircraft carriers, as it was assumed that the wingship’s ability to fly close to the surface of the water or earth would allow it to evade the enemy’s radar systems. 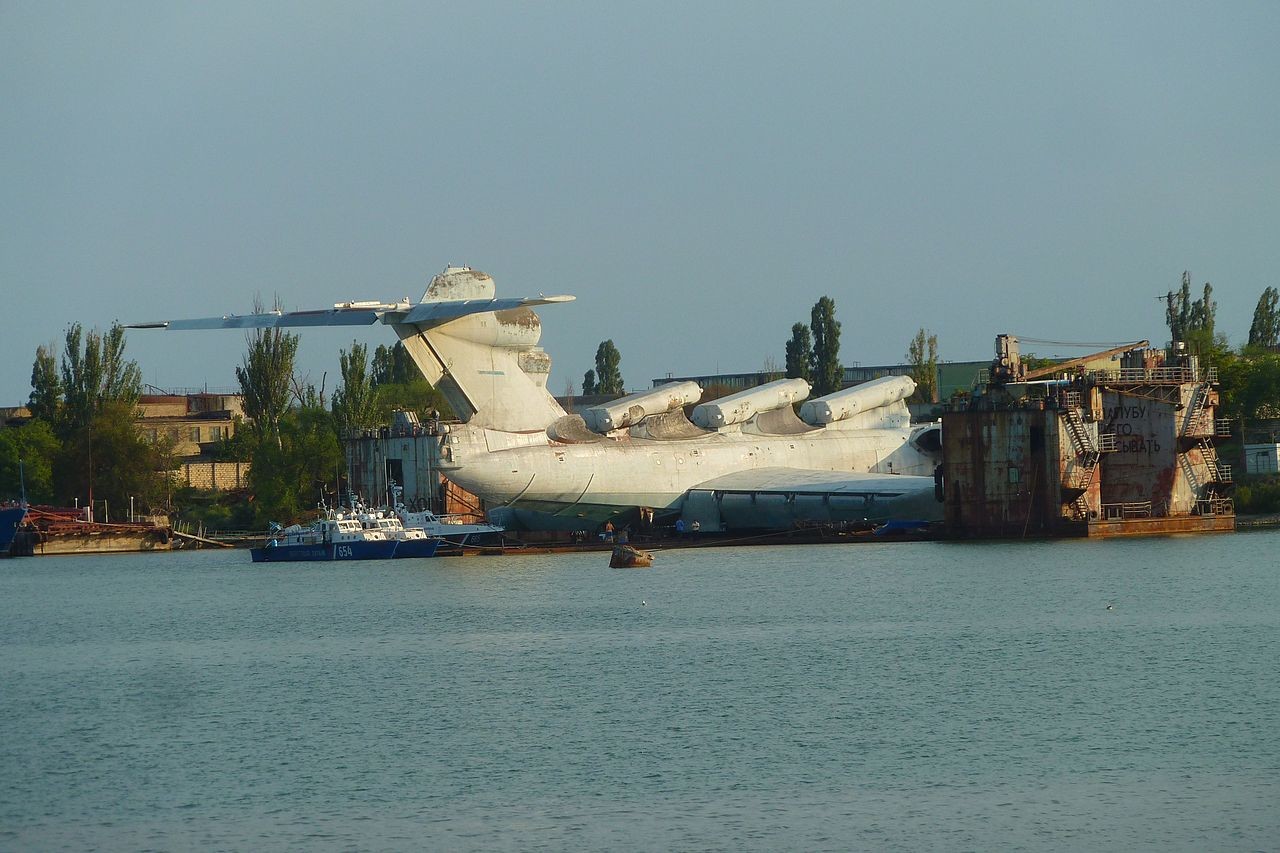 It was designed by the Alekseyev Central Hydrofoil Design Bureau in the USSR in the 1980s. The only wingship of its kind was then launched in 1986, three years after the bureau began working on the machine.

After the launch, the unique wingship was transferred to the Caspian Flotilla of the Russian Navy for tests in the field. However, the collapse of the Soviet Union in 1991 caught the designers and the military off guard: The tests stopped and the wingship was discarded from the army and towed to the city of Derbent in Dagestan, Russia.

This video shows how big the Lun wingship is compared to boats that were used to low it to its current location:

Initially, it was planned that the Lun ekranoplan would be used as a showpiece at a future park, but the plans were revised since then and the wingship now rests unattended on the shore of the Caspian Sea, according to Raskalov who photographed the giant war machine.

Click here to read about “round” ships built by the Russian Navy at the end of the 19th century.