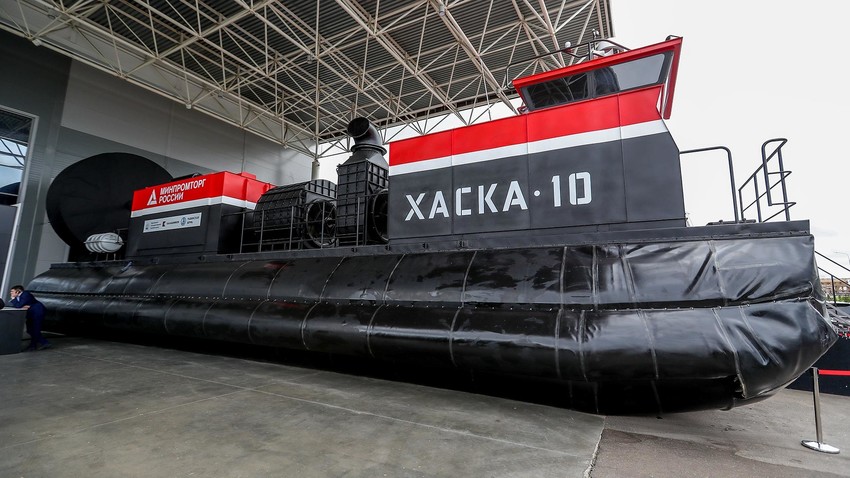 Kalashnikov media
The new vessel will be able to transfer marines and light armored equipment to the combat theater in a matter of minutes.

Kalashnikov Concern has unveiled the Haska-10, a new multifunctional hovercraft created to deploy amphibious assault troops and equipment to the remotest parts of the world.

The vehicle was demonstrated in late August at the Armiya-2020 arms show outside Moscow. 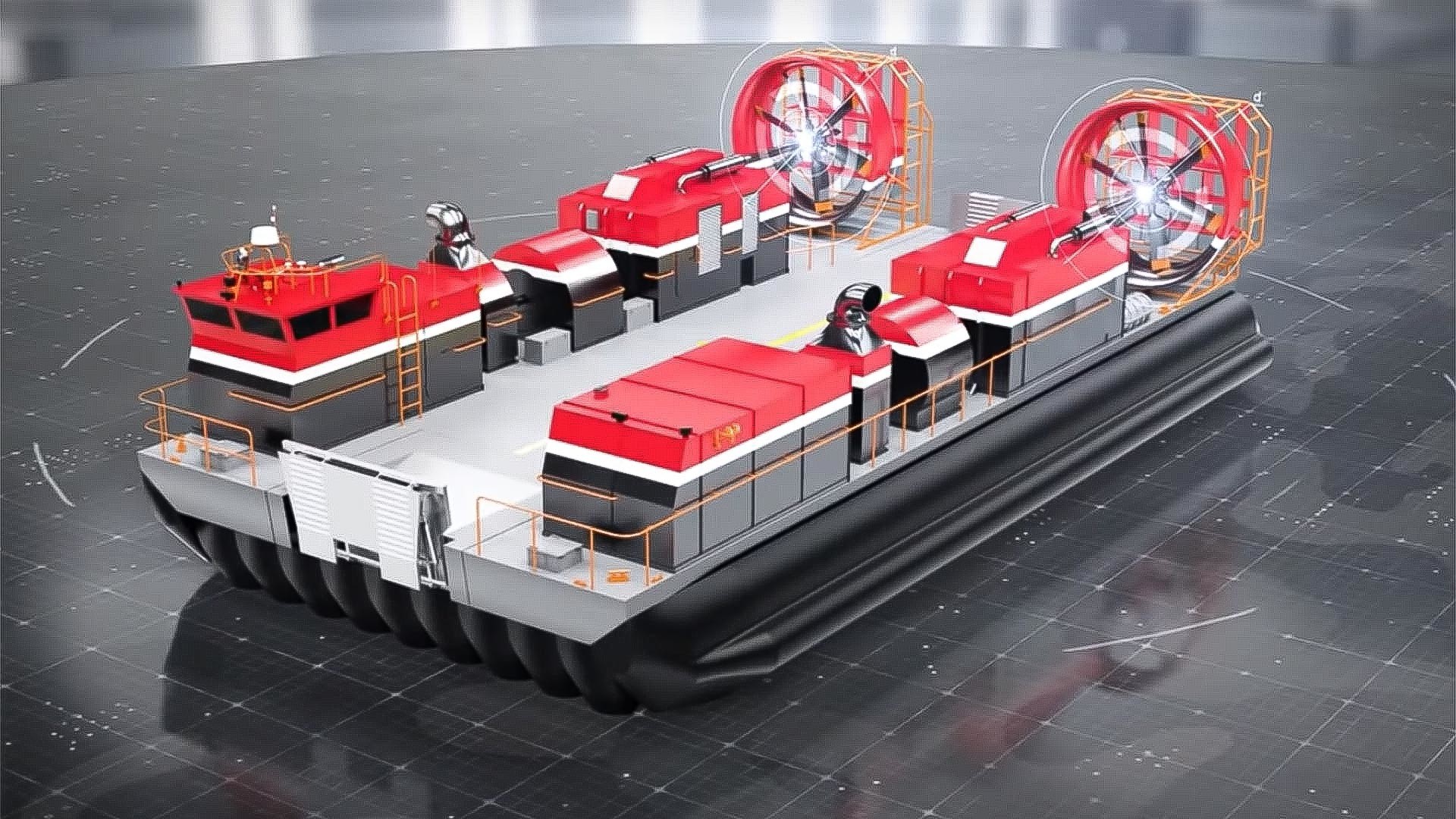 The Haska-10 is a new multifunctional hovercraft designed to meet the transportation needs of the military, as well as rescue and civilian services.

Able to carry up to ten tons of cargo, it can easily accommodate KamAZ or light armored Tiger-class vehicles on board. The vessel is 21 m long, 12.5 m wide, and almost 7.5 m high; its displacement is 35.7 tons.

The craft is powered by two 800-horsepower engines, enabling the Haska-10 to move in open water at a speed of 40 nautical knots (over 70 kph). The ship requires a crew of just three, and the cruising range per refueling is up to 400 miles (almost 750 km).

As stated by Kalashnikov CEO Dmitry Tarasov, delegations from India, Vietnam, and Kazakhstan are already interested in the project. In addition, the company is sure that the vehicle will find a role in developing the Arctic and remote regions of Siberia and the Russian Far East.

In the opinion of military analyst Dmitry Safonov, the Haska-10’s future largely depends on ​​state defense orders from Russia’s Ministry of Defense and Ministry of Emergency Situations, since in the private sector only oil and gas companies can afford to buy vessels of this caliber.

“There are currently around 3,000 hovercraft in Russia. They deliver goods to out-of-the-way parts of the country, including the Arctic. The Haska-10 may well be included in the ship-building development program to 2030, and a certain number could be procured for the military, rescue services, and other government agencies,” Safonov told Russia Beyond.

Russia’s hovercraft fleet needs modernizing, he says, and the Haska-10 fits the bill nicely, since besides cargo transportation, it is suitable for military purposes, able to deploy marines from landing ships, together with light armored vehicles.

According to Safonov, the Haska-10 is the conceptual equivalent of America’s Landing Craft Air Cushion (LCAC) vessels, used by the US Navy to transfer troops and equipment from ship to shore.

Yet the expert is reluctant to talk about the pros and cons of the Haska-10 in comparison with its US counterpart.

“The Americans have been using LCACs in overseas operations since the mid-1980s, while the Haska-10 was premiered just a week ago. So it’s too early to speak about combat deployment. As for advantages, the Haska-10’s top speed of 40 knots is a good marker. However, the LCAC is several times larger, used on aircraft carriers, and can transfer more troops and equipment to the combat zone in one run,” explains Safonov.

He notes that the real capabilities of the Haska-10 will become apparent only after a year of active service, both military and civilian. According to open sources, one LCAC costs between $26 million and $41 million, depending on the configuration. Kalashnikov, meanwhile, has not revealed the price tag of the Haska-10, but given that all Russian weapons for export are marketed as “cheaper than the competition,” we can assume that Russia’s new hovercraft will retail for less.