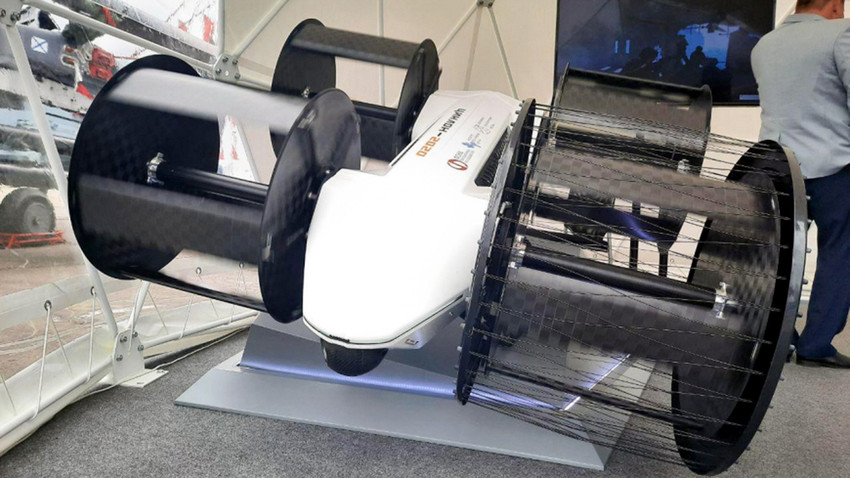 Foundation for perspective studies
If successful, the project will become the world's first army drone based on cyclic motors.

In late September, Rostec Corporation unveiled the first prototype of the tsiklolet, a cycloplane-type drone for transporting marine troops.

In its present form, the aircraft can carry a load of up to 20 kg. According to the designers, the development is of interest to the military as an inexpensive mode of transport for marines, but it also has potential as an attack drone, should the military decide to attach glide bombs or remote-controlled small arms. 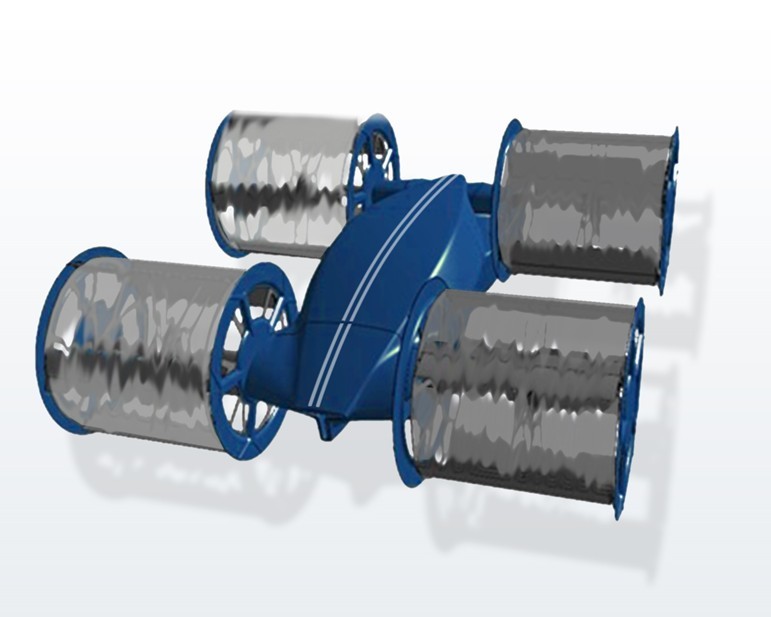 The tsiklolet is a copter powered by cyclic engines that use rotors to create thrust and lift. This engineering solution offers the same advantages as a helicopter: vertical take-off and landing, and hovering.

The project has a number of other pluses, including its small dimensions and low noise level, which, the designers says, will help conceal the aircraft during combat operations. What’s more, unlike other models, the cyclic motors allow the aircraft to change its thrust vector through 360 degrees, radically improving maneuverability.

Initially, the machine was developed for urban conditions and for transporting goods to remote mountain regions. It can easily maneuver between obstacles, “park” on vertical surfaces, and take off and land on inclined or even swinging surfaces. As for the motors, they are encased on all sides by protective metal, which prevents damage to the chassis during collisions with obstacles.

In the words of Dmitry Litovkin, editor-in-chief of the publication Independent Military Review, the main pros of the tsikloet are its noiselessness and maneuverability, although it is not yet clear how these will be implemented in the full-scale project.

“To be honest, it’s hard to say whether it’s a car with wings or a drone with wheels. So far, it’s just futuristic. But Rostec is confident that by 2024 they will create a full-size flying passenger vehicle. Let’s see what happens,” says the expert.

As he notes, an indisputable advantage of the tsiklolet is its ability to carry glide bombs and small arms. But more than that, he sees the project as a spur for future Russian military developments.

Engineers at the Russian Foundation for Advanced Research Projects are currently developing a hybrid propulsion system to allow the machine to remain in the air for over an hour.

The tsiklolet is due to undergo army testing early next year, at which Russian Ministry of Defense officials will evaluate all aspects of the development and decide whether to commission a full-fledged version able to transport up to six marines in full combat gear.

According to the designers, the military is keen, and all that remains is to demonstrate the aircraft’s potential in testing. If successful, Rostec will go on to create the world’s first land- and sea-based cycloplane-type drone for paratroopers and marines.