Russian artillery gets a ‘remote control’ 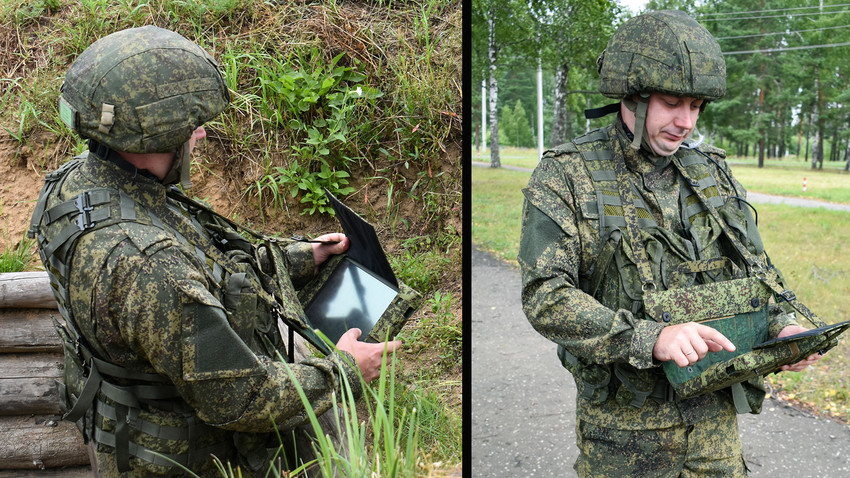 Dmitry Fedyushko/TASS
For the first time ever, commanders will be able to automatically lock down targets on their tablets and attack enemy forces with artillery systems while being under complete cover.

Russian corporation ‘High-Precision Weapons’ has created a tablet that gives artillery forces total remote control of their guns in the field. The development is called ‘Tablet-A’ and was presented to the world in September 2020 during an arms expo in Moscow suburbs.

As stated, the main feature of this technology is that drastic fire accuracy increase that it provides for artillery systems on duty in the Russian army.

The country has one of the most advanced artillery forces in the world with systems of all calibers, including such powerful and dreadful systems as 203-mm self-propelled artillery units (ACS) 2S7M ‘Malka’ and self-propelled mortars 2S4 ‘Tulip’.

Meanwhile, the country keeps on getting new units, such as the 152-mm 2S19M2 Msta-S self-propelled guns and the new 152-mm self-propelled howitzer 2S35 ‘Coalition-SV’.

At the same time, the country’s engineers keep on working on new artillery systems and technologies such as the 82-mm and 120-mm self-propelled mortars 2S42 ‘Drok’ and the 2S40 ‘Phlox’ on a wheeled chassis. These systems will be presented to the public in coming years. 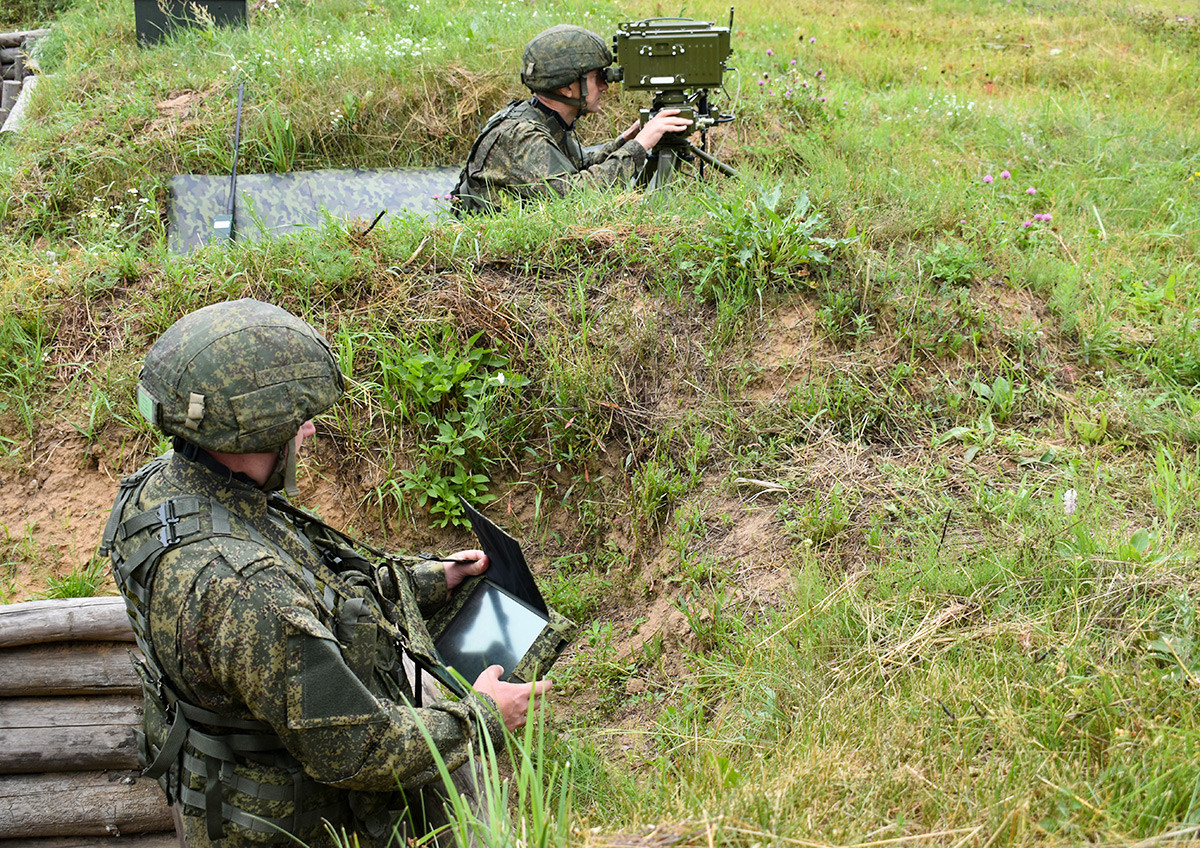 The system is created for artillery teams’ commanders. It has already passed state tests and the first batch of these tablets, alongside computer systems for artillery systems, have already been purchased by the Defense Ministry.

The tablet’s software allows you to solve the entire range of applied artillery tasks in the shortest possible time. The application has also significantly reduced the calculation time of ballistics and increased the accuracy of artillery systems.

Tablet-A works alongside various hi-end intelligence tools, such as laser rangefinders, different weather systems, ballistic stations and receives information automatically from all fronts - the coordinates of the explored objects, the results of meteorological and ballistic shooting are all transmitted to the computer.

This system is multifunctional - it can control all Russian modern artillery systems, as well as the entire range of various projectiles and their charging into guns. Tablet-A is also durable and waterproof - it can spend a couple of hours under water and still work. 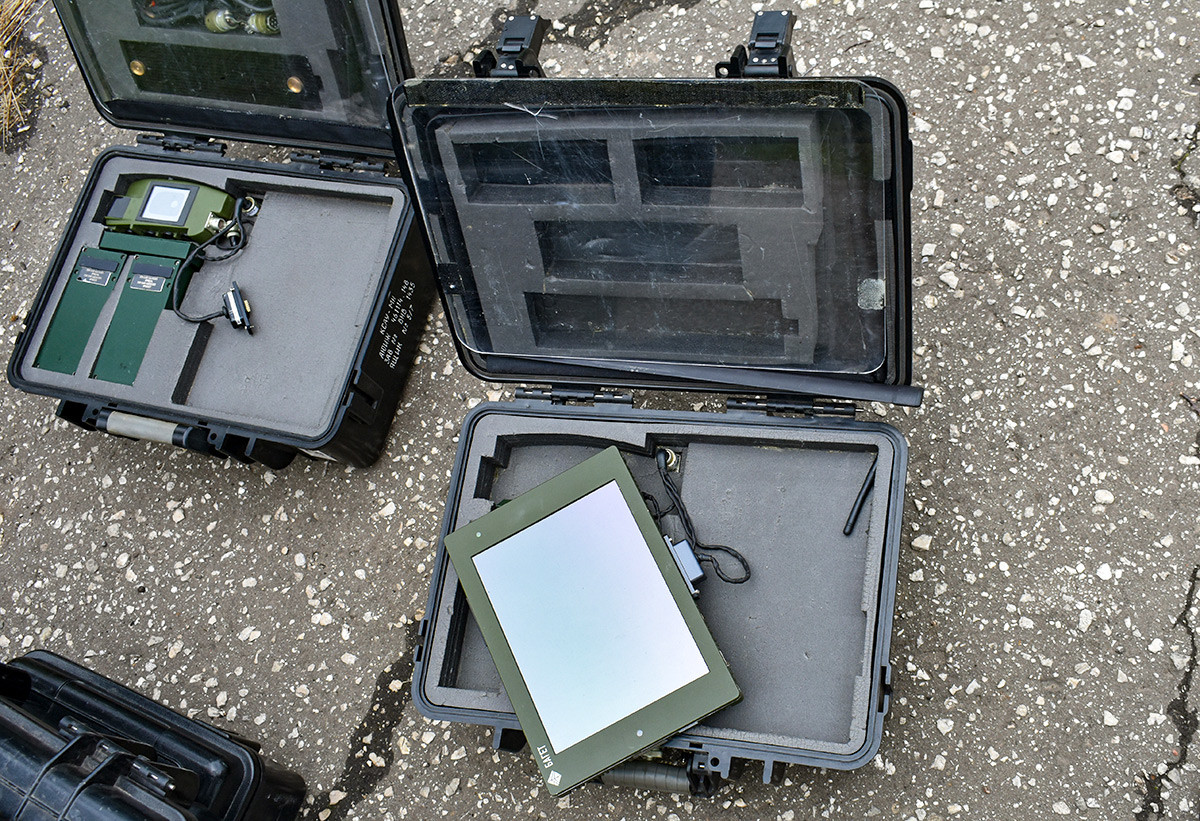 It’s compact and can work alongside Ratnik-2 battle gear.

“It’s first of a kind technology that allows the commander to operate all artillery forces at once from his tablet on the tactical theater. This is not the first tablet with remote control in the world’s armies, as Russia follows foreign militaries on this track of automatization and robotization of all of their military forces, but this is the only tablet in the world that accommodates artillery and mortars at once,” says professor of the Academy of Military Science Vadim Kozulin.

According to him, this technology already passed the baptism of fire in the Syrian conflict in the hands of Russian paratroopers during hit-and-run assaults on enemy bases on ‘Tiger’ light armor vehicles with mortars installed on top.

“Its computer processor is pretty slow compared to the ones we have on our home computers, but the tablet itself is very durable and you can even throw it under a tank and nothing will happen to it. It also withstands water and heavy radio-electromagnetic fields that are created to turn off all computer systems working in particular operational territory,” adds the expert.