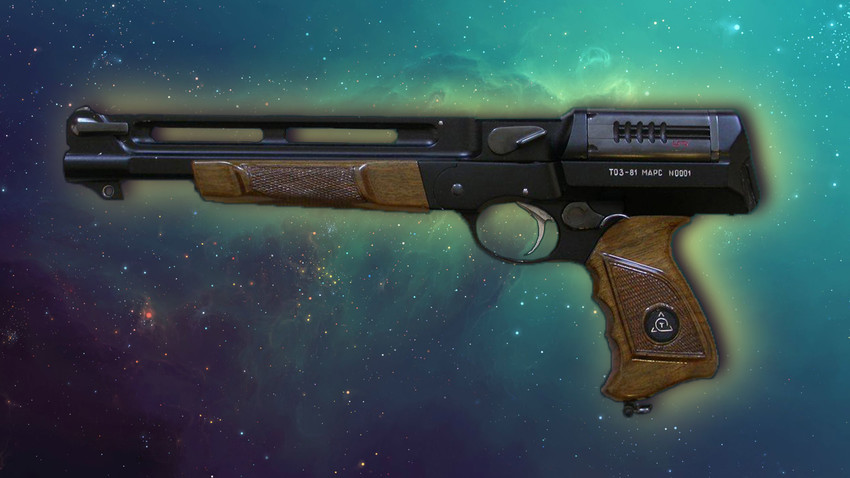 RKK 'Energy'; Russia Beyond
Soviet engineers’ passion and imagination had no limits and they brought into life some of the craziest Sci-Fi novels’ guns.

Russian arms manufacturers back in the Soviet-era created weapons that could easily be a propin a Star Trek movie or become the weapon of choice for James Bond. 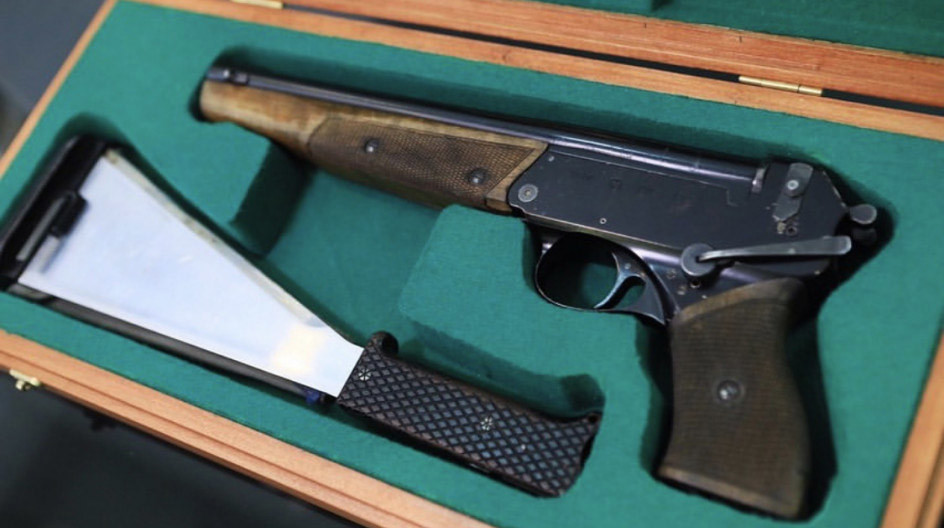 The first weapon, dubbed ‘TP-82’, was created by the TCNIITOCHMASH corporation and was a pistol designed specifically for cosmonauts. Yes, you heard it right - a pistol for cosmonauts.

The pistol was supposed to become an integral part of the Soviet space mission and a saving tool for cosmonauts landing in the Siberian wilderness.

As stated by a TCNIITOCHMASH spokesperson, the first cosmonaut to conduct a spacewalk Alexei Leonov himself asked for such a weapon, as cosmonauts had to sometimes wait days in wild forests waiting for evacuations and had even had to fight bears and wolves.

So, the weapon wasn’t meant to fight aliens in open space, but a mere tool for survival after landing in an unknown territory. 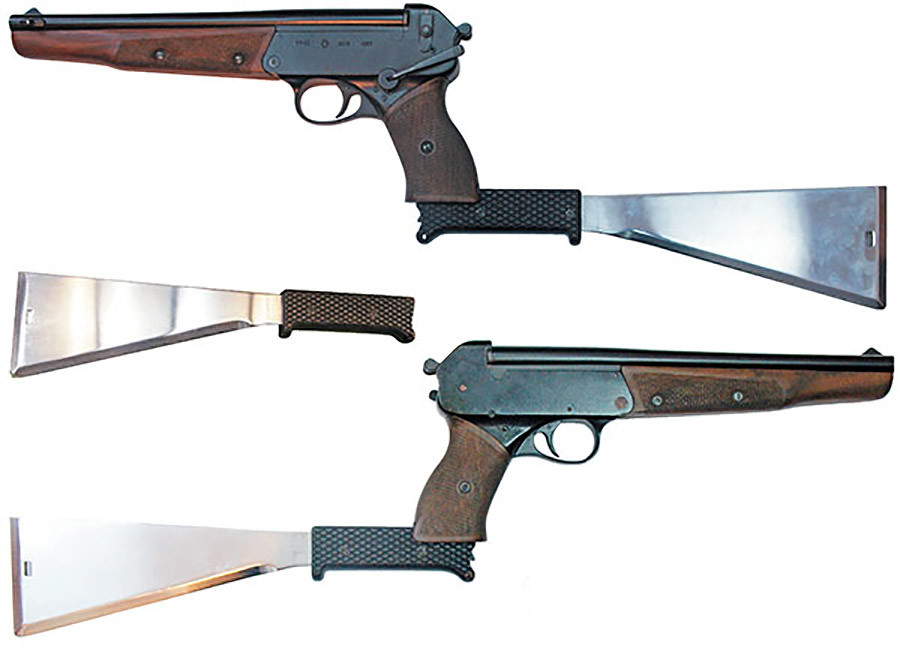 The gun had three barrels - two smoothbore ones and one for 5,45 mm AK-74 rounds. And that’s not all! This pistol also had a stock, however not a typical wooden one, but a real machete hidden in somewhat of a ‘sheath’ (to cut down ropes and fight animals once ammo ran out).

One of the barrels was supposed to project flares, another was created for 12 mm shotgun projectiles and the third for assault rifle bullets that could hit down enemies 200 meters away.

A couple of these models went into space with Soviet and Russian cosmonauts, but were withdrawn from service in the 1990s, due to new laws forbidding space crews from taking personal weapons into space. 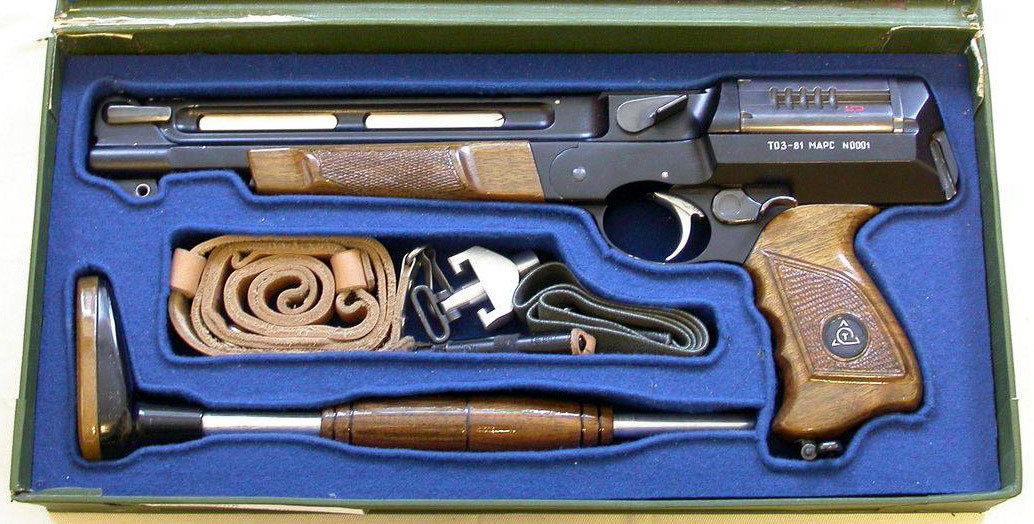 Another space revolver made for Russian cosmonauts was the TOZ-81 ‘Mars’, which was created in a small arms factory 180 km from Moscow in the town of Tula. The gun was a direct rival to the TP-82. Yet, it didn’t make it through the military trials and fell foul of history.

“The TOZ-81’s design was pretty uncommon and complex for Russian arms manufacturers that prided their weapons to be the most reliable and durable ones in the world. The revolver’s mechanisms were too sensitive for dust, ice and water, so it was unfit to become the weapon-of-choice for survival in Siberian wilderness where astronauts landed after their space expeditions,” says Academy of Military Science Vadim Kozulin. 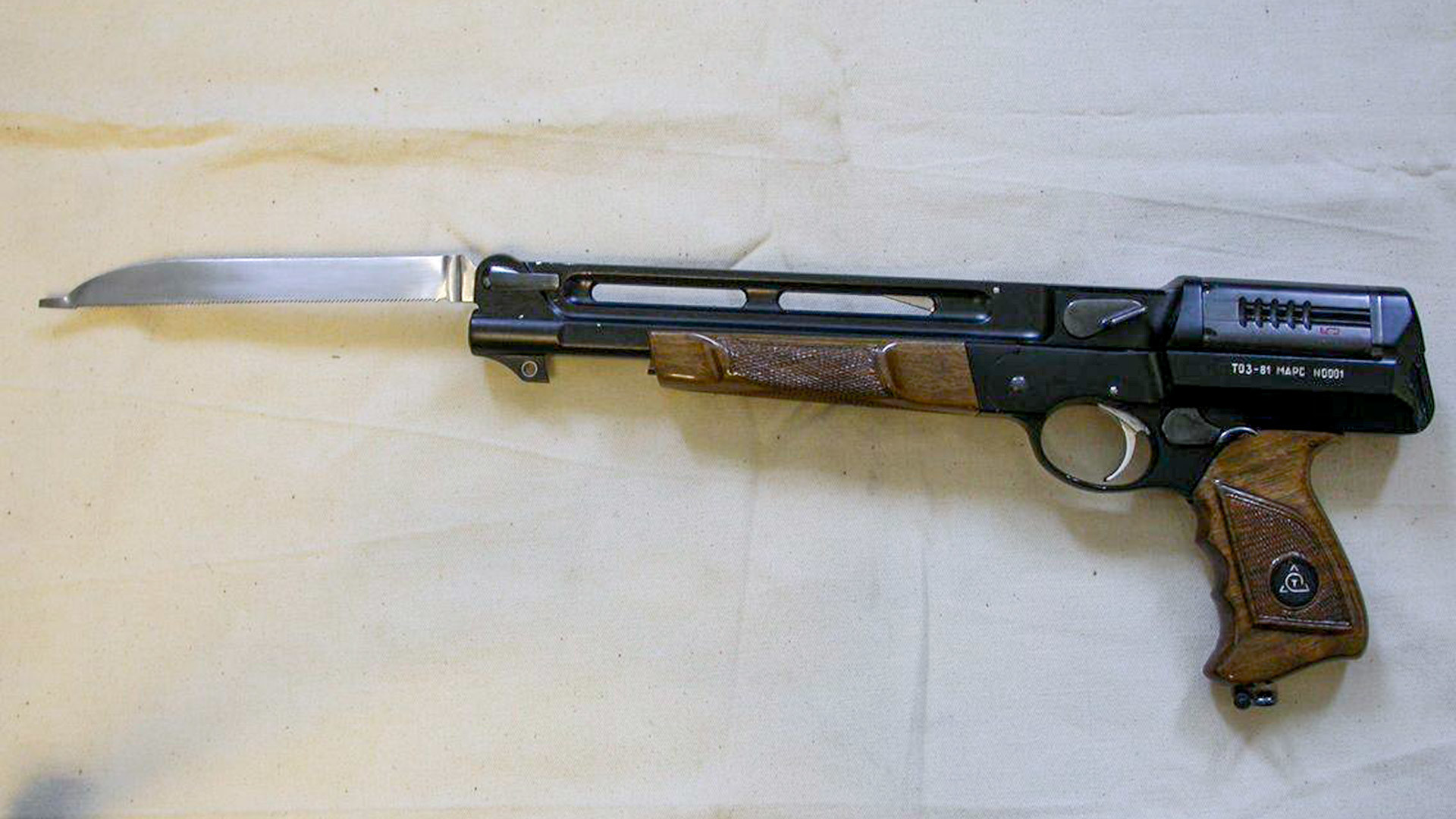 According to him, the TOZ-81 had a .410-bore chamber and could have been loaded with five bullets at once. The revolver’s cylinder was put right above the grip, while the weapon was created to fire from the bottom chamber. That’s quite opposite to the way the classic revolver mechanisms are created, with the cylinder placed in the front part and the gun’s top chamber being used for firing.

As proposed by engineers, the upper barrel was created for the AK's 5,45x39 mm ammo.

The revolver also had a knife in the front which was housed over the barrel.