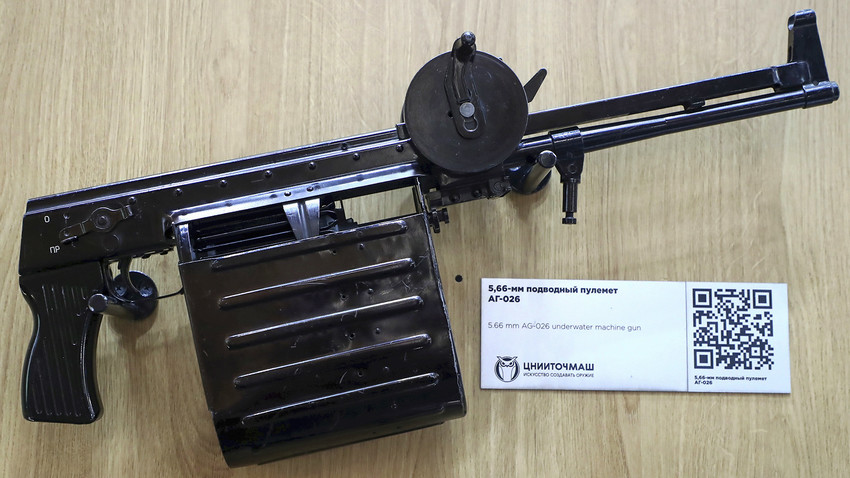 Anton Novoderezhkin/TASS
The weapon was created to neutralize saboteurs attempting to plant mines in the roadstead. It effectively protected Soviet vessels until the collapse of the USSR.

The AG-026 machine gun came into being at the same time as the AK-74M assault rifle, in the early 1970s. It was developed by engineers at the industrial design bureau TsNIITOCHMASH, who also created the first pistol for Soviet cosmonauts, which you can read about here.

The weapon was intended to arm divers and navy personnel serving aboard nuclear submarines.

“The machine gun action is based on the recoil of the light, independent breechblock, which is kinematically connected via a gearing coupling to the large rotating flywheels. The capsule is broken by a striker fixed on the breechblock mirror,” an official representative of TsNIITOCHMASH told Russia Beyond.

According to a company engineer, the machine gun is fed by a magazine with cartridges in a closed belt. “The machine gun operates freely underwater at a depth of ten meters. What’s more, the speed of a bullet underwater is 365 meters per second, which is faster than sound,” noted the specialist.

The weapon is made in 5.66x39-mm caliber; each piece of ammunition resembles a thin needle created to pierce the sea surface and fly toward the target. 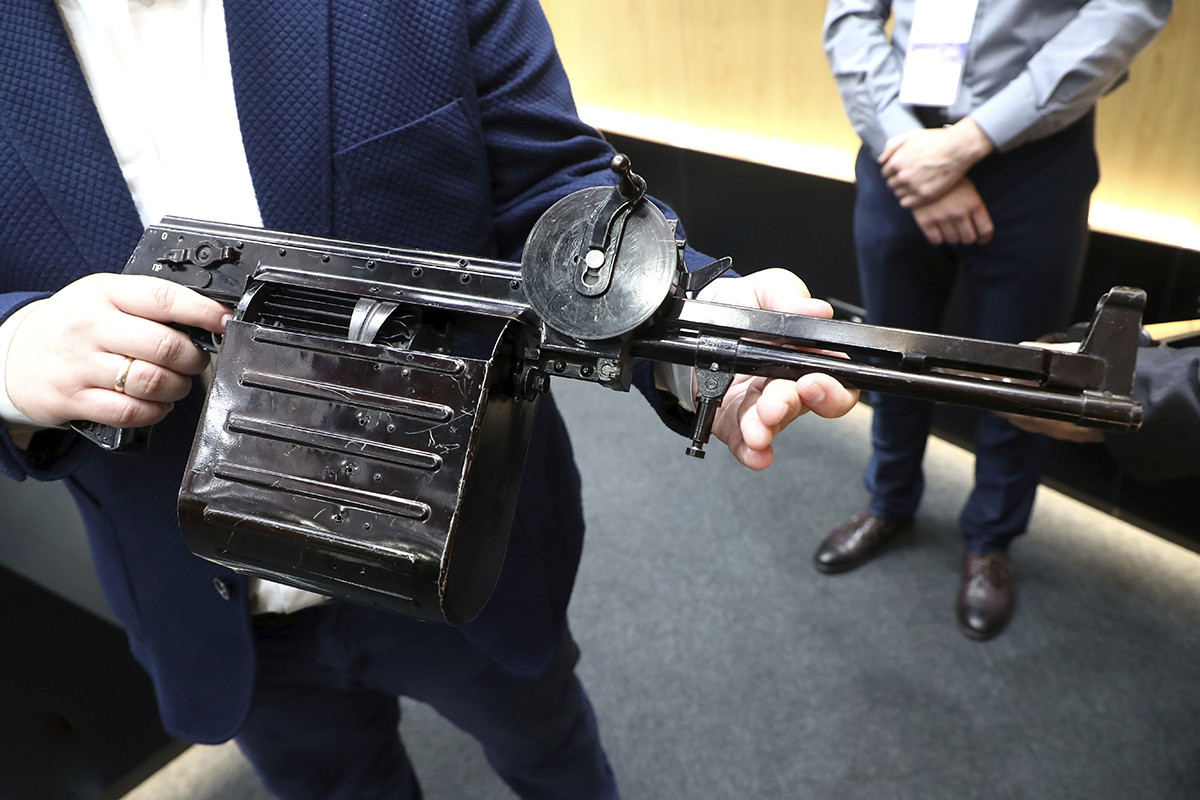 “This long-barreled gun armed with ‘needles’ can hit underwater targets at a range of tens of meters. It was originally designed for divers to protect docked ships or submarines against enemy saboteurs attempting to plant mines,” explained Professor Vadim Kozyulin of the Academy of Military Sciences in an interview with Russia Beyond.

In his words, this Cold War-era weapon was intended primarily for submariners of the Soviet Baltic and Black Sea fleets serving near NATO’s borders in Europe.

“Before the collapse of the Soviet Union, the fleets had thousands of ships that were guarded day and night for fear of enemy sabotage. Now the situation is different, and Russia does not need to mass-produce such underwater weapons,” the expert remarked.

As he pointed out, only a handful of AG-026s are in service today, and their function has been outsourced to small-scale weapons.

“Today’s submariners are armed with the APS [special underwater assault rifle], which is similar in functionality to the AG-026, but several times more ergonomic, easier to make, and smaller in size. All the Motherland’s fleets have this weapon,” added Kozyulin.

You can read more about the APS here.