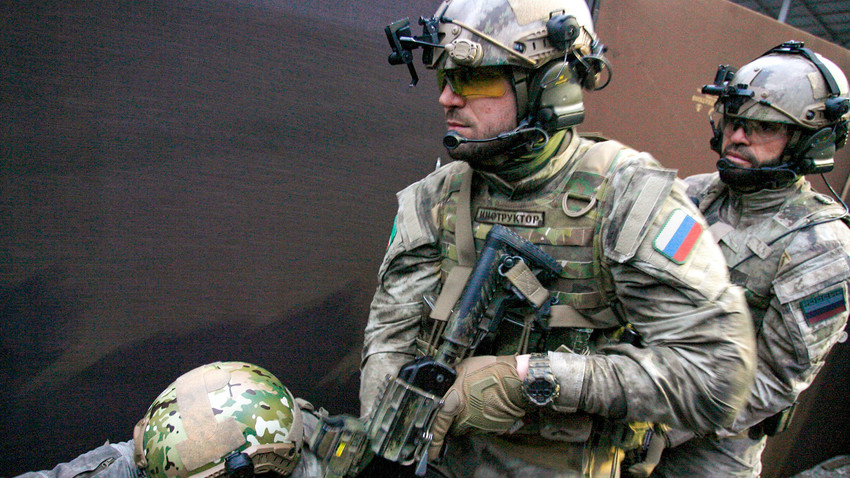 In early October, during a visit to a closed competition among special forces from the SOBR (Special Police Force), the FSB, and the Russian Ministry of Defense in Chechnya, I came across an exclusive version of the AK-100 series used by a former member of Alfa Group — Russia’s crack commando unit and the first to be sent into the furnace... This version of the AK-105 is the only one of its kind and tailored specifically for Alfa operatives in an urban environment.

It was the first time that any specialist from outside the unit had ever laid eyes on this modified Kalashnikov, and this article talks about my impressions of it. 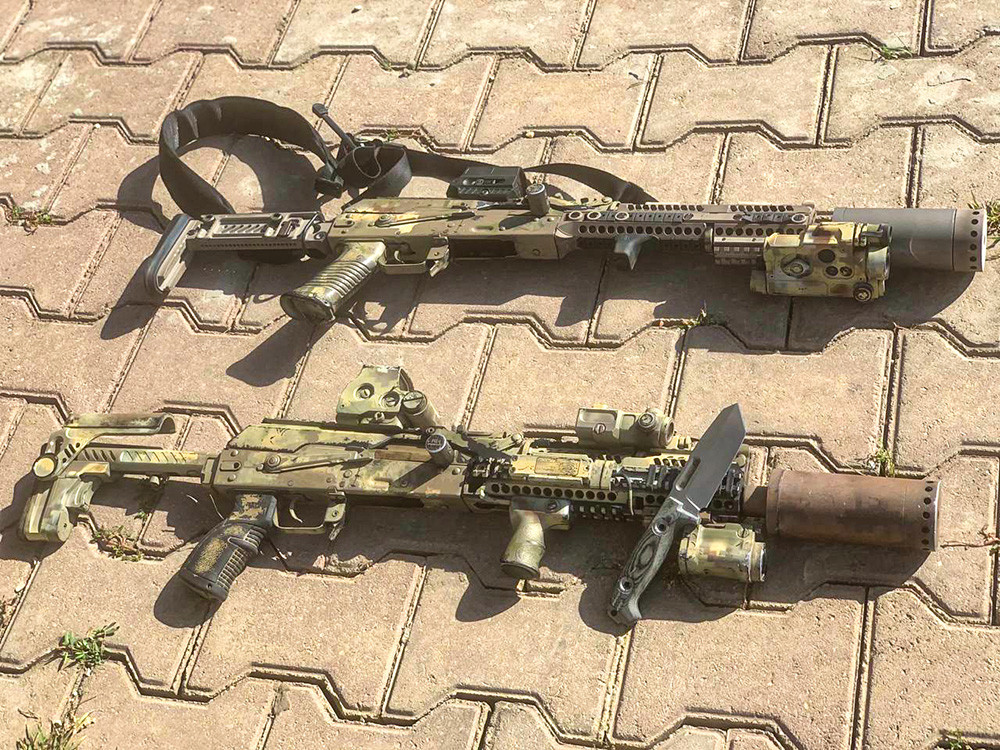 Outwardly, the AK Alfa FSB — which shares only the “mechanics” of the classic Kalashnikov assault rifle — is a customized mix of the latest innovations in the world of weapons.

It has nothing in common with the stock AK-12 or polymer AK-105 in 5.45x39-mm caliber, despite being based on them. The AK Alfa FSB is a unique modification for urban operations in the dark.

The weapon itself and all attachments are made by the Russian company Zenitco using shockproof aircraft-grade aluminum. Yes, aircraft-grade (used to make planes in case you were wondering). According to the owner of the specimen I saw, the buttstock can smash a concrete block.

What’s more, this buttstock (the modification is known as TT-3) is adjustable. It can be folded or extended along the length of the arm, or concealed under a bulletproof vest or winter clothing. Like the buttstocks of sniper rifles, the TT-3 also has an adjustable cheek piece, allowing the shooter to rest their face on the weapon when aiming.

In addition, the AK Alpha FSB has its own tailored body cover with Picatinny rails. According to the operative, the cover fits on the rifle as if it were molded in, retaining the exact aimpoint after the scopes are mounted. It should be stressed that this means any scope available on the market: collimator, optical, laser, etc.

On the topic of scopes, the AK Alpha FSB has a complete set of all possible sighting devices. This is, in fact, is the most expensive part of the weapon. For instance, the forestock is fitted with a Perst-4 target designator, costing $2,500, which combines a laser and flashlight in both the visible and invisible spectrum (the latter is seen only with special glasses, which operatives have). Put simply, the gun directs a red dot at the enemy's body, just like in the movies. 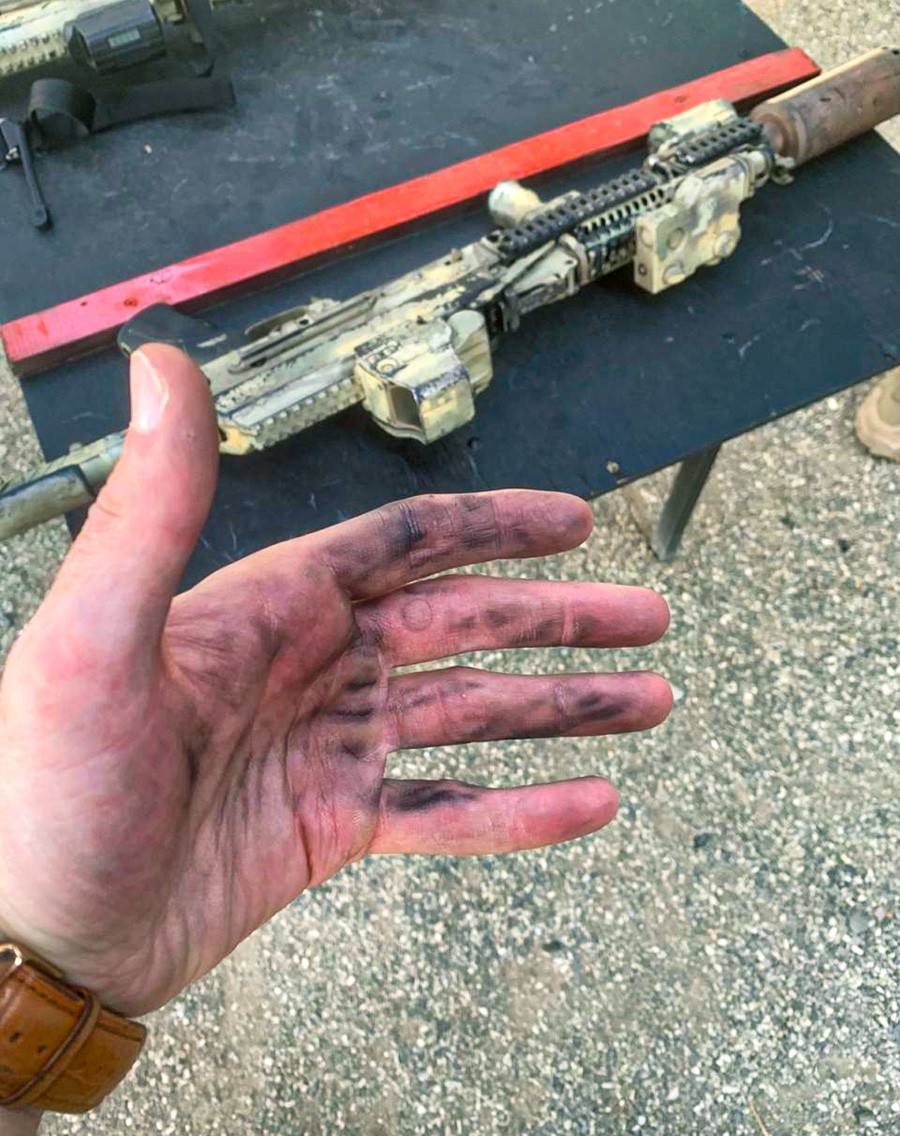 The weapon also comes with a silencer. Although it cannot completely muffle the sound of the 5.45 supersonic cartridges, it significantly increases the level of covertness during a special op.

All details of the AK Alfa FSB have been carefully engineered all the way down to such trifles as the reload handle. The machine is equipped with an RP-1 nozzle for easy operation with or without gloves (a problem faced by regular AK users is getting their fingers cut by the breechblock).

Above all, the AK for FSB Alpha operatives retains the main quality of Kalashnikov assault rifles: reliability. As always, the weapon is unafraid of dust or pollution, and works fine in rain or slush and at temperatures ranging from -50 to +50°C.