How many Russian cosmonauts have been aboard the ISS? 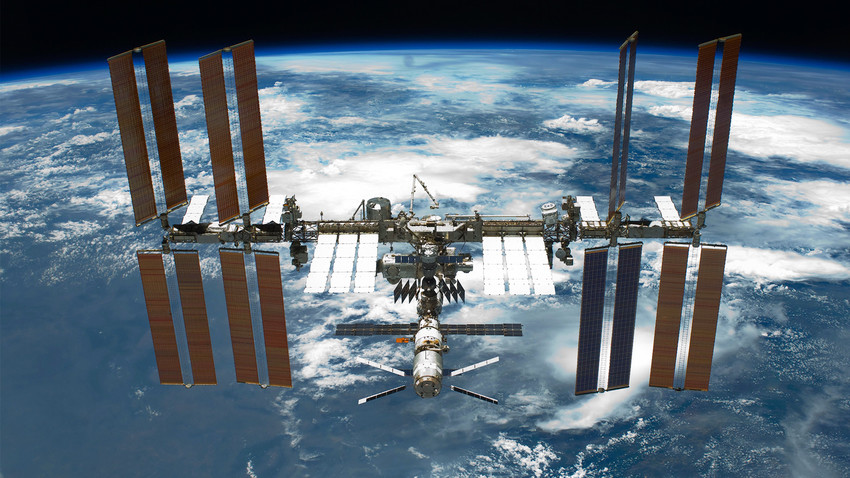 NASA
American astronauts have been aboard the International Space Station three times more than the Russians. But there’s a very good reason for that.

History was made on Halloween night in the year 2000, when the Russian ‘Soyuz’ rocket took off from the Baikonur cosmodrome in Kazakhstan. Aboard the vessel was U.S. astronaut William Shepherd and two Russain cosmonauts - Yury Gidzenko and Sergey Krikalev. In two days, the trio docked at the International Space Station (ISS), becoming the first humans to begin living in near-Earth orbit. 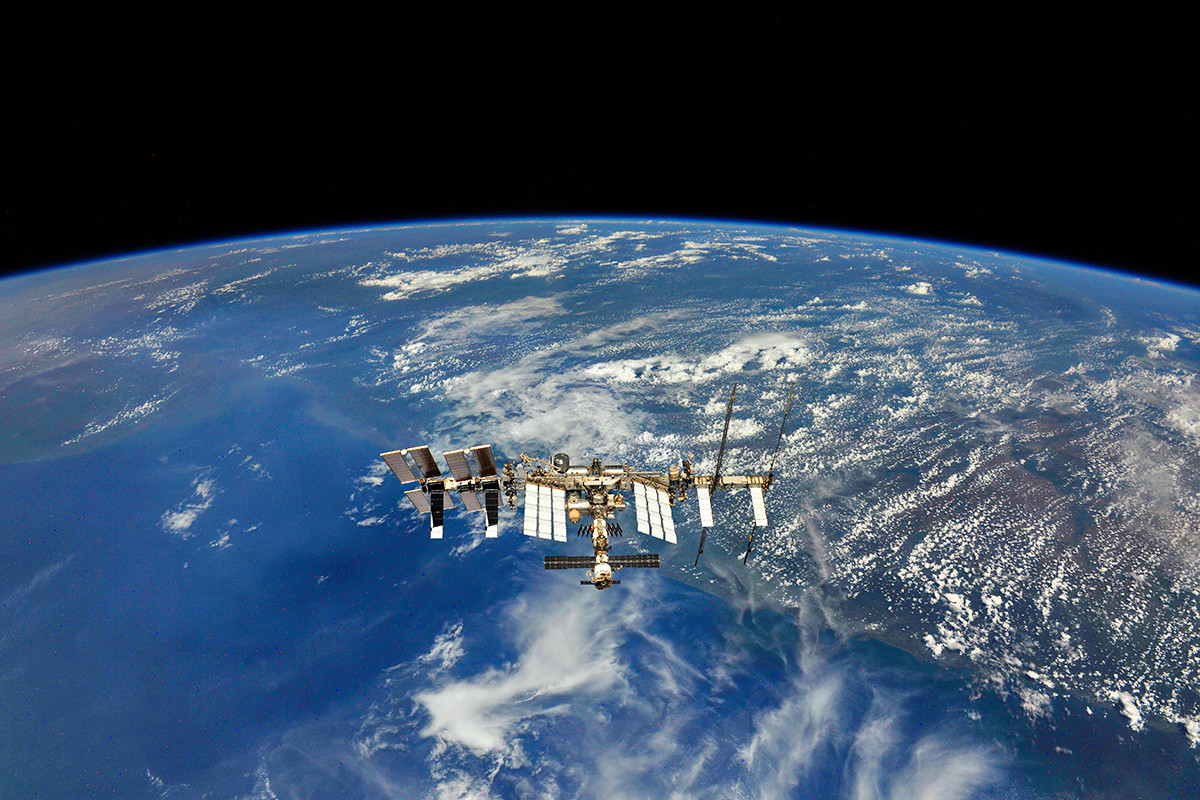 In the two decades that followed, the ISS housed 241 men and women from 19 countries. Some of them had the unenviable honor of calling the place ‘home’ for almost an entire year.

In terms of the number of ISS inhabitants, Russia is second only to the United States, albeit with a threefold gap between the two countries! A total of 151 American astronauts had lived aboard the space station, with Russia having sent only 49 cosmonauts. 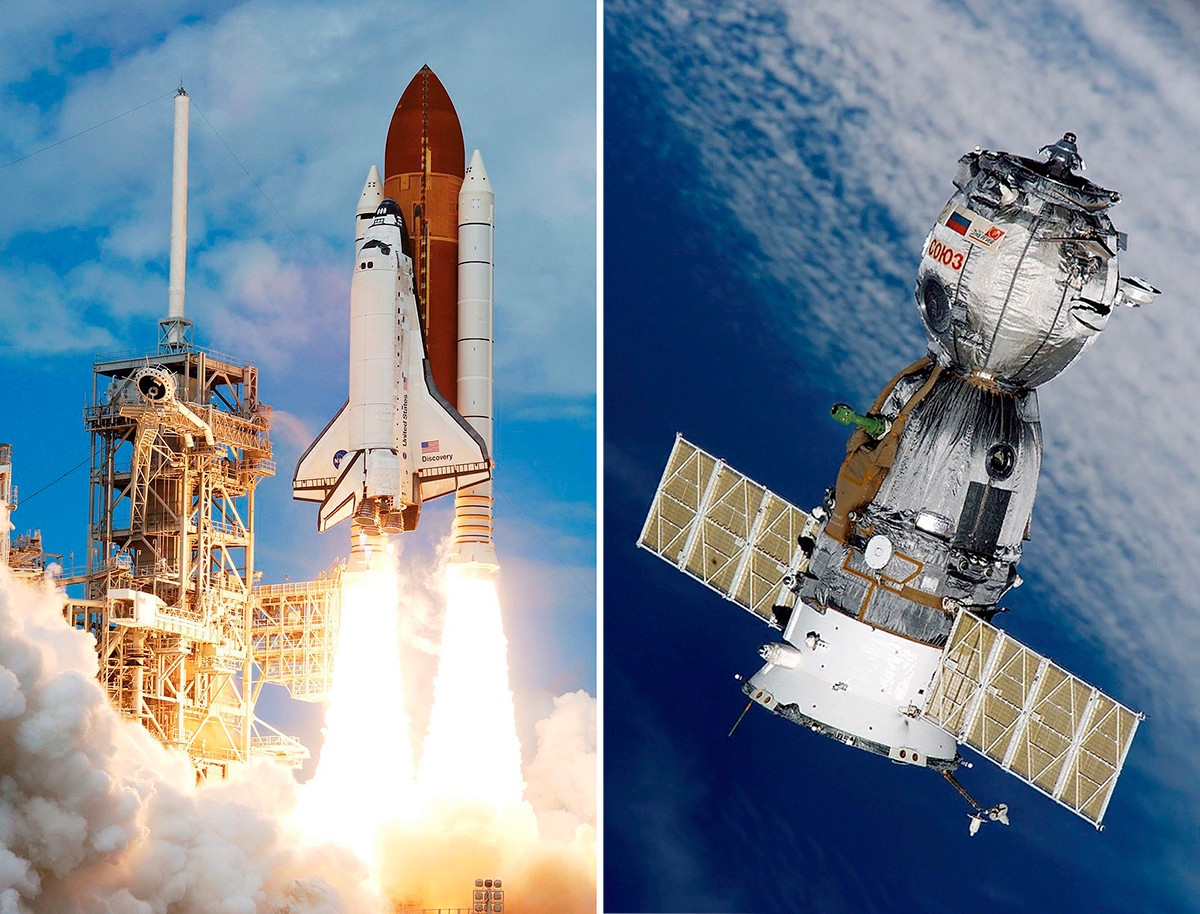 Believe it or not, the difference is actually down to the shear capacity of space vessels. The American Shuttle, which delivered both cargo and humans into orbit, simply had more space than the Russian ‘Soyuz’: the Americans could carry eight people at once, while the Russians could only manage three. And even after the catastrophe involving the Space Shuttle Columbia (one of the five Shuttle revisions) on February 1, 2003, when it became clear that the fate of the U.S. Space Shuttle Program was sealed, the Americans still held a draft in 2004: NASA Astronaut Group 19 was the last group of 11 astronauts to fly the Space Shuttle. Eventually, all of them, except Shannon Walker, had visited the ISS as part of the Space Shuttle mission. 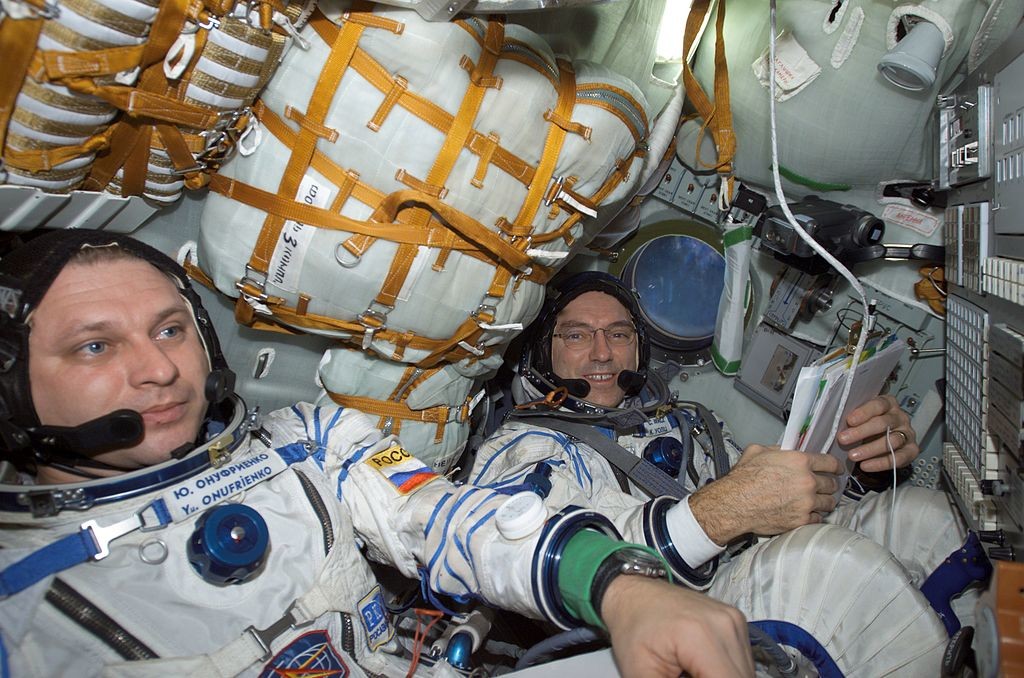 Moreover, it was the American Space Shuttles that mostly delivered cargo to the ISS, which also required a human crew every time. This is exactly why the overwhelming majority of Americans that have been to space have never stayed long. Looking at the number of long-term expeditions, the U.S. only has 61 out of its total 151 under its belt, while Russia boasts 43 out of 49 trips - all because the Russians use the unmanned Progress ship to deliver their cargo - which flies on autopilot.

Who is allowed aboard the ISS?

So, who are these 49 cosmonauts? Selection is performed by the Russian Space Agency, Roscosmos, and the Yuri Gagarin Cosmonaut Training Center, which come to a decision based on the results of an open contest. This format has been used since 2012, which opens the door to space travel not only for military pilots and space industry professionals (which was the case until recently), but for a variety of scientists, as well. A biologist can now become mission captain. 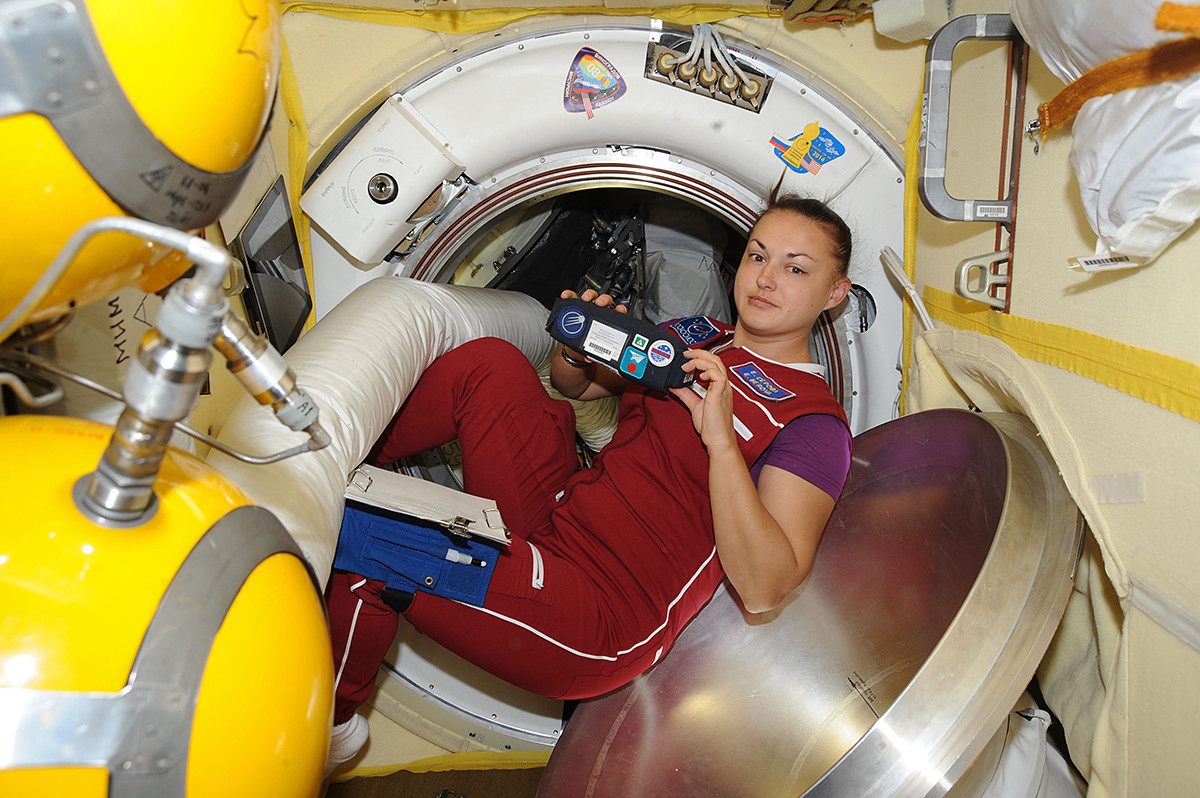 There’s no lower age limit, but the candidate must have a university degree and have at least three years experience in their field (meaning a candidate is usually already in their twenties). The upper limit is 35 years.

Both men and women can go, but so far, only one Russian female astronaut has been aboard the ISS. Her name is Elena Serova.

During the Russian draft, the candidate must successfully complete an interview and a series of tests, followed by at least six years of preparation. 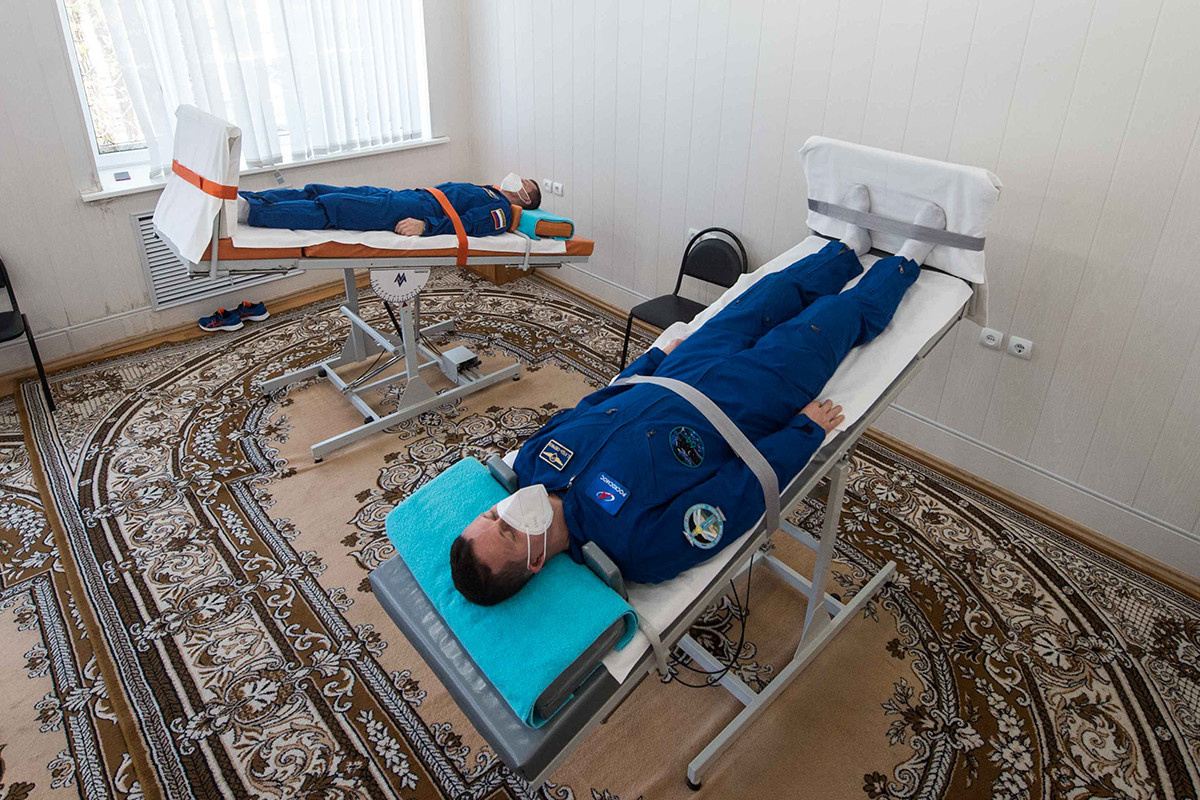 “For example, a cosmonaut has to be able to jump out of a plane with a parachute and solve a task before the parachute opens. There is also the stress resistance test. I was surprised but, on average, I did that twice as fast as on Earth (12 secs versus 24 secs),” says Sergey Ryazansky, who has traveled to the ISS twice.

“Another test is that you are locked in a tiny room without sleep for three days and are forced to constantly do something - writing, talking, completely focusing on a task. If you are forced to carry out an emergency landing, you will need to be able to react quickly, because one missed second in such a situation equals an 80-200 kilometer detour from your destination on Earth,” he adds.

Read more:The last Soviet citizen: The cosmonaut who was left behind in space

After the selection process, the lucky candidate waits to be assigned to a crew, which will become their “family” in space. However, the latter might not even happen. A substantial portion of those who have been selected never end up in space. After Columbia broke apart in the atmosphere, killing its seven-person crew, NASA decided in 2005 to buy out all of the spots for scientists aboard Russia’s Soyuz spacecraft, with the contract expiring in 2017. The idea was not to invest into a new space shuttle program, but rather wait for the first privately funded piloted space flight - the Crew Dragon, which made history in 2020. Before then, the Soyuz was the only way to get people to the ISS. Russian scientists, meanwhile, had to wait 12 whole years before one of them could finally make it to the ISS.

At present, there are 31 active (on standby) Russian cosmonauts. Of those, 19 have never been to space.