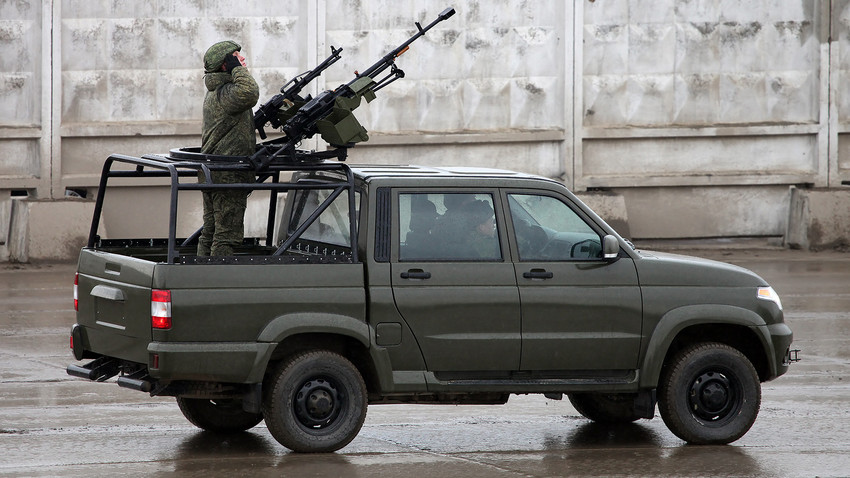 Vitaly V. Kuzmin/vitalykuzmin.net
These guns became the weapon-of-choice in foreign armies and earned their fame in military conflicts through-out the 20th century.

Prior to the beginning of World War II, Russia’s army received its first ever heavy machine guns created to destroy armored vehicles and low-flying aerial targets at distances of up to 2,000 meters (6,560 ft.).

Through-out the 20th century, they evolved and turned out into the most powerful and wide-spread heavy machine guns the globe knows today.

Below are two of the most notorious and well-known in military conflicts around the planet. 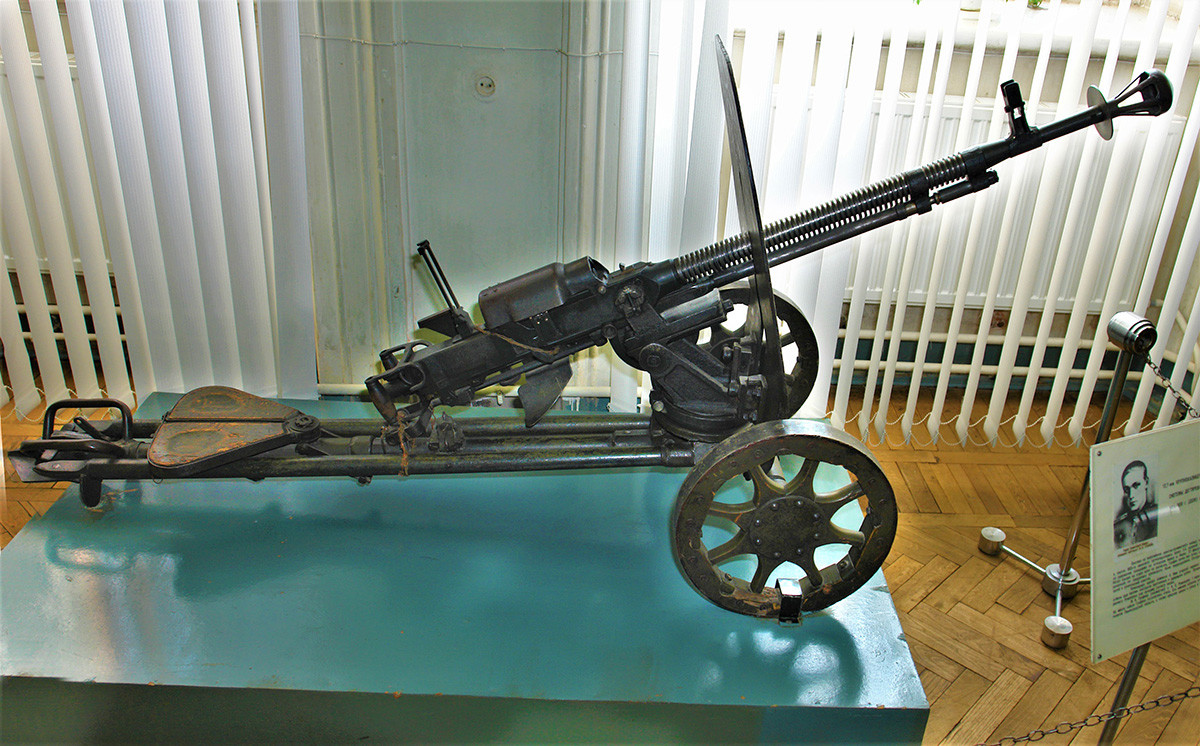 DShk (or ‘Dushka’, a beloved and loved person, as it’s called in Russia) came on the scene in 1938, right before World War II.

It’s chambered with 12,7x108 mm rounds with an effective fire range of 2,000 meters. The weapon cycles about 600 rounds per MINUTE with a tremendous amount of energy that makes it penetrate 2 cm wide steel plates at 500 meter (1,640 ft.) distances.

DShK is belt-fed, gas-operated and has a muzzle velocity of 860 meters per second.

DShK weighs about 150 kilograms and it takes three men and a truck to get it into position.

During World War II, it was used as a heavy infantry machine gun against light armor vehicles and enemy foot soldiers.

It’s a powerful gun with tremendous psychological effect, as it’s able to eliminate enemies not only with precision hits, but also with fragments.

As engineers of TSNIITOCHMASH arms factory mentioned, one of its setbacks was low fire accuracy and was eventually fixed in later versions of the heavy machine gun that was adopted by the Soviet and Russian army - the KORD.

To this day, it is one the most widely used guns of its type around the globe. It can still be seen in conflicts in the Middle East or in Afghanistan. 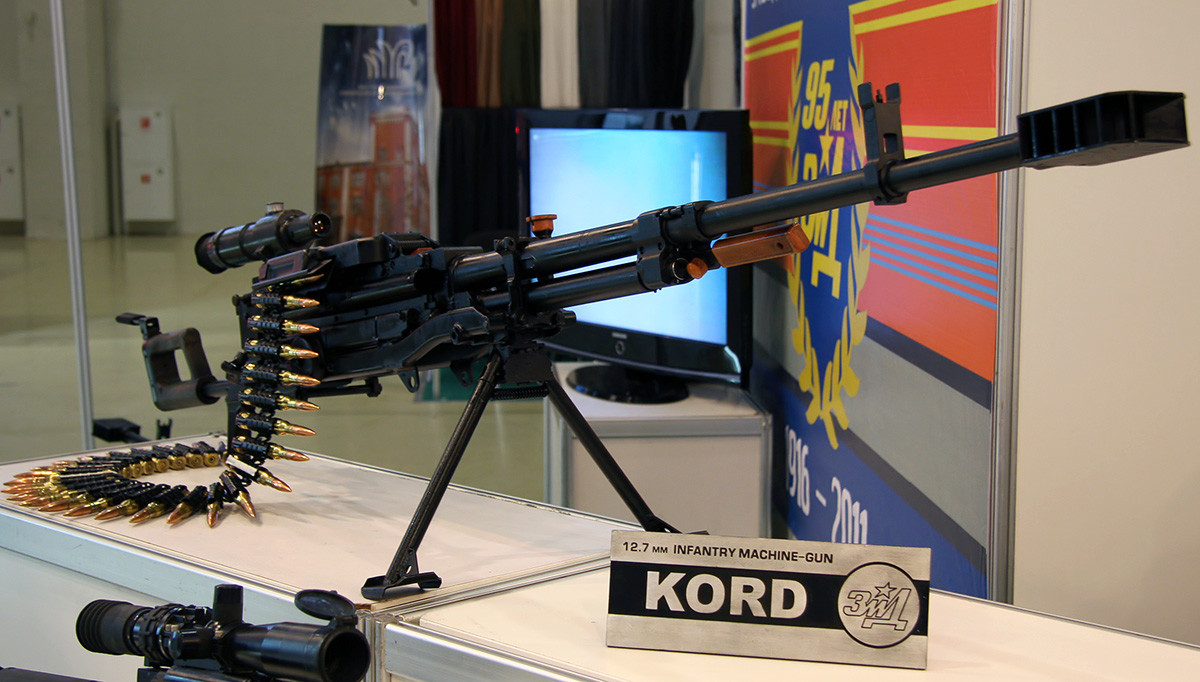 The biggest machine gun of the Russian army is dubbed ‘KORD’ and is chambered with 12,7x108 mm rounds - an analogue to NATO’s .50 BMG.

It is a unified weapon for light armored vehicles and tanks with the main purpose of eliminating targets at distances of up to 2,000 meters.

The gun has quite a great fire rate for its caliber - about 650 rounds per minute. It’s the same fire rate as AK-class assault rifles.

With this fire rate for such powerful rounds, the barrel quickly wears out. And in order to fix it, soldiers can easily manually change one for another right on the battlefield.

Just look at the size of this machine gun - It’s almost as big as a human!

The muzzle velocity of a bullet is around 860 meters per second with an effective fire range of 2,000 meters.

Engineers said that one of the gun’s features is its hydraulic recoil mechanism, which makes it very controllable.