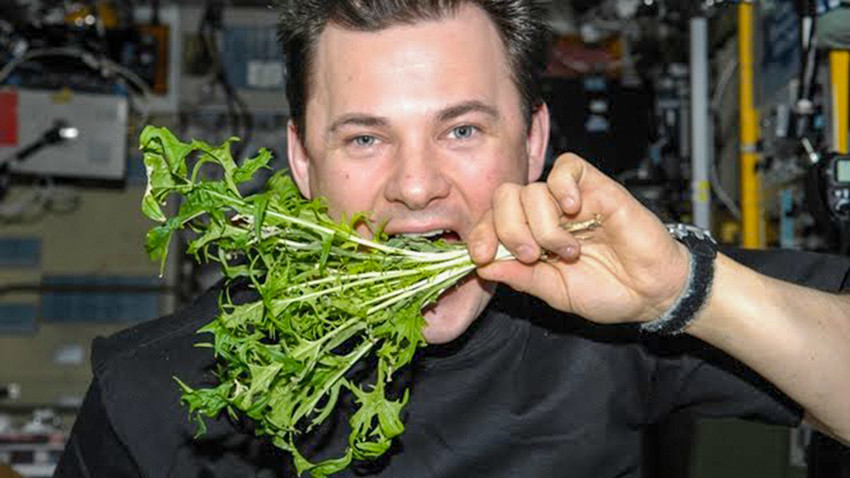 Roscosmos
Space wheat, peas, onions and lettuce… dreams of planting your own food in space have taken a huge leap forward. And it’s all thanks to a small step by a clever new system.

How do you grow something in space when there’s no gravity, electromagnetic field or sunlight? For more than 50 years, scientists from different countries have been trying their best to solve the problem. Some experiments were even somewhat successful. But now, for the first time, we have a way to grow a large amount of vegetables in space at once.

It’s all in the tubes

“A vitamin space greenhouse” is how they refer to ‘Vitacikl-T’ - a titanium tube setup that allows a conveyor-belt system to grow vegetables aboard the International Space Station. It was developed after Russia lost its own ‘Lada’ greenhouse in 2016: its modified version then made it into orbit, before blowing up together with the Progress spacecraft.

The construction consists of a spinning drum with six root modules. Planting takes place in the first module, followed by another in four days and so on. In 24 days, you get a harvest in the first module, which gets collected, before the module is refilled with new seeds. The operations are performed in a cycle, one taking place every 44-66 days and, for the time being, this type of setup has been able to produce bigger and better results than any other foreign-made space gardens. 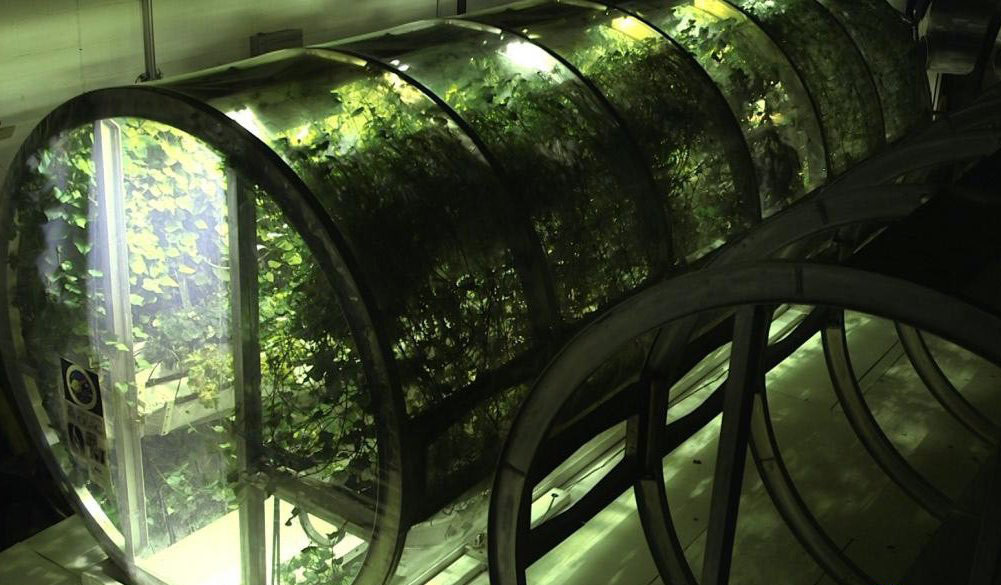 Another invention here is the titanium porous tube system, which penetrates the artificial soil the way arteries do, in order to carry water.

“You can’t just water plants in space: the stream turns into drops, flying in all directions. And if you use a capillary tube structure, the water slowly seeps through the pores, straight to the roots of the plants,” says Maksim Sheverdyayev, head of the department for special non-nuclear materials at Rosatom. 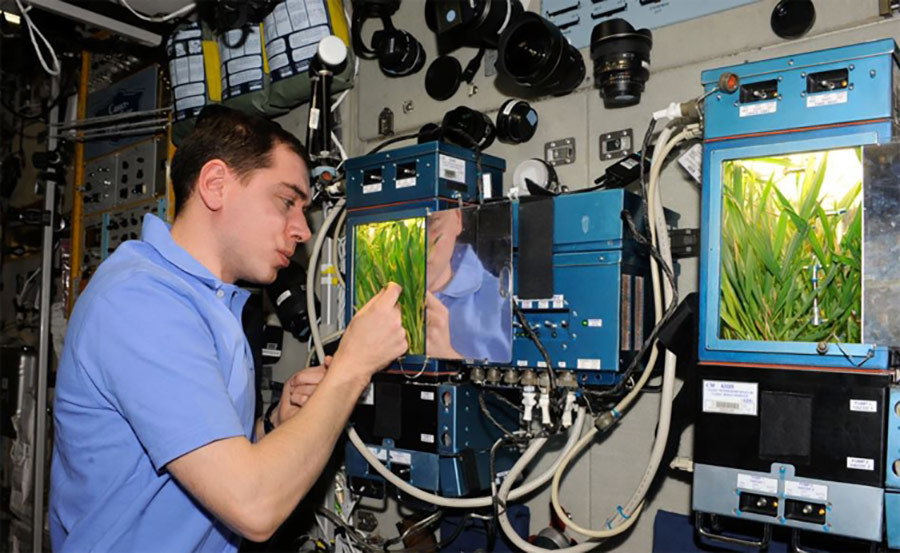 Cosmonaut Sergei Volkov and the "Lada"

When there’s a lack of enough moisture in the soil replacement system, a discharge occurs, which is measured by pressure sensors. When the soil becomes too dry, the computer sends more water.

For now, the plan is to only grow lettuce - whose purpose is also to add variety to the cosmonauts’ space diet. But the idea for a space greenhouse should become indispensable in the future, during a potential space colonization, when the need for an autonomous closed ecosystem with water and oxygen is predicted to become especially high.

In actuality, Russian cosmonauts already managed to grow a lot of plants in orbit. The first cultures were sent there way back in 1960, with the second ‘Sputnik’ ship, together with Belka and Strelka - the two famous dogs. How did the seeds react to microgravity? Was the harvest safe for consumption? Did it affect the plants’ DNA? All of these questions (and more) have led to the types of experiments today that should give us the high-tech autonomous system we’ll no doubt require in the future. 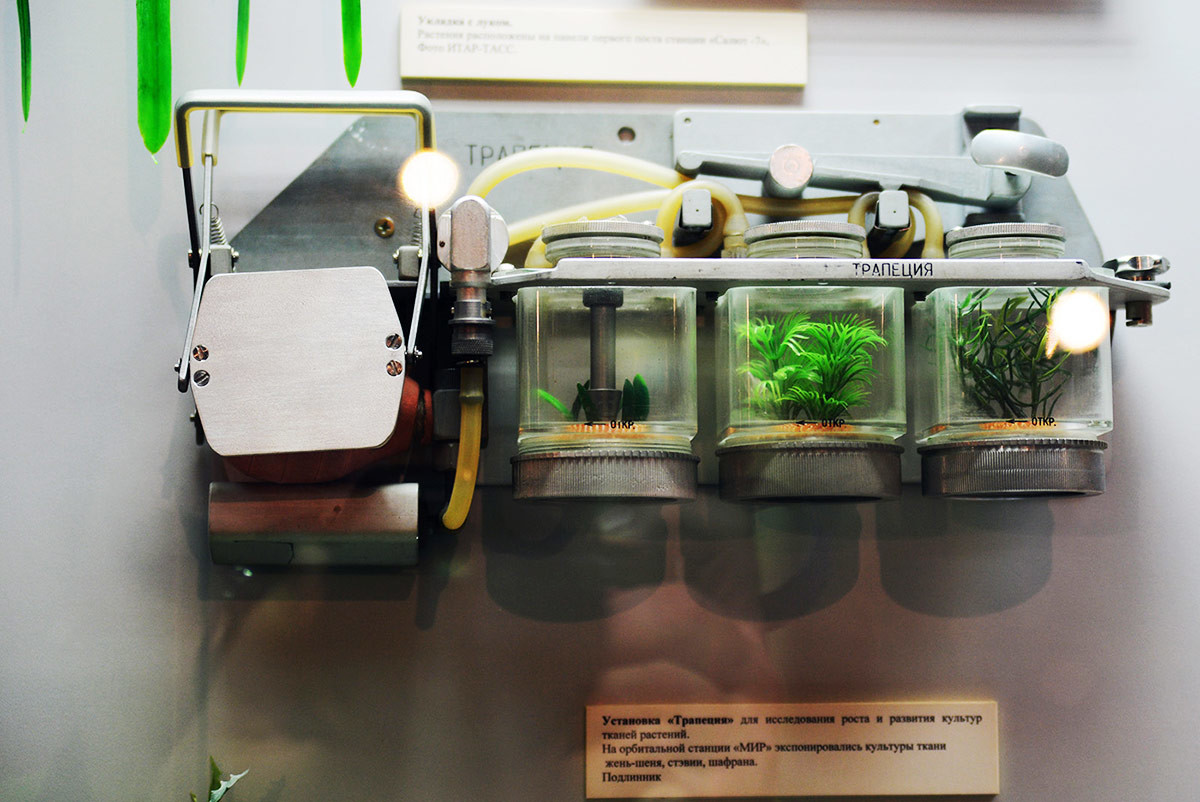 The growing itself, for the time being, happens in quite a compact setup - as the one in the American segment of the ISS and - until recently - the Russian one. Talk of a mass-scale greenhouse is still just talk at this point.

“There are two ways growing can happen in zero gravity. The plants either attach to a surface, winding around it, or they tend toward some light source - it all depends on their type,” cosmonaut Sergey Prokopyev explains. “The plants are grown hydroponically. Horizontally attached receptacles with artificial substrate receive seeds and conditions are created for air to penetrate the greenhouse through the capsule.” 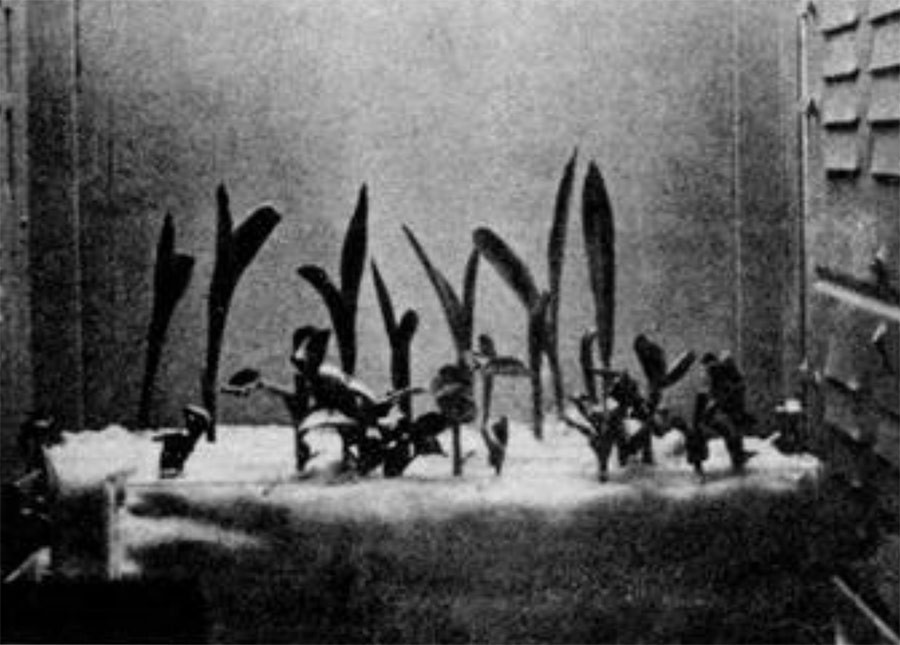 The water and nutrients are fed automatically, although, until now, some astronauts perform the procedure manually, using a syringe and tubes, straight into the substrate. The path to doing it this way was a thorny one, however.

In 1974, aboard the ‘Salut-4’ orbital station, there was a hydroponics setup called ‘Oasis’. Cosmonaut Georgy Grechko was trying to grow peas this way. There was no soil and the peas had to grow through a soaked net. Soon after work began, huge water droplets would begin leaking from the system, with Grechko having to chase them with napkins. He ended up cutting the hose and watering manually. 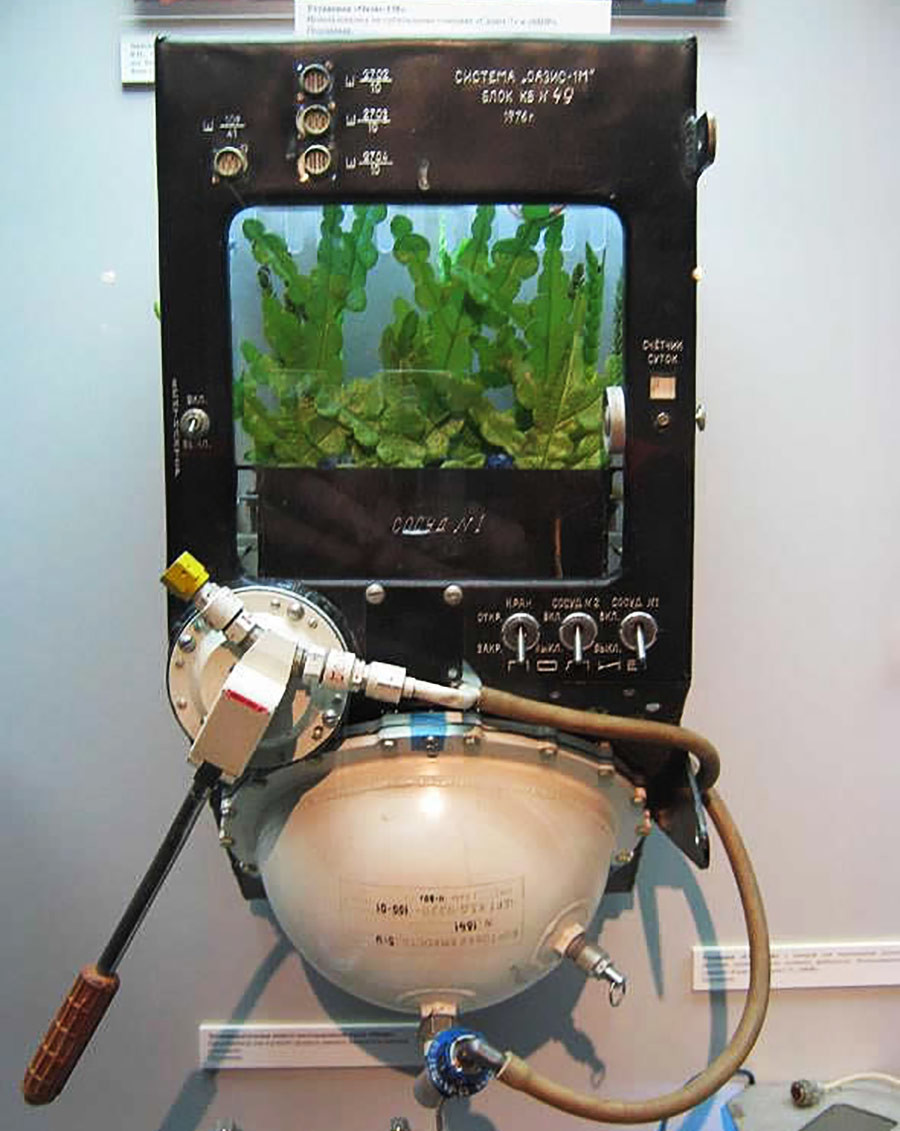 However, this wasn’t the only issue. In his book, ‘Cosmonaut no.34’, he confessed that his hatred of biology in school almost cost him the entire experiment. He thought the sprouts were getting trapped in the cloth and growing incorrectly and freed them from the net. Turned out he confused the roots with the stems.

Despite this, the experiment was concluded successfully. The peas began their cycle - from seed to stem. But of the 36 seeds, only three grew successfully. Why? Well, the scientists thought it was down to the genetic characteristics, which depended on the Earth’s orientation - geotropics: the sprout always tends toward the light and the stem in the opposite direction.

After that factor was taken into account, the setup was modified and new seeds were sent into orbit, with success all around. But the plants wouldn’t bloom - just as it happened in 1980, with orchids that had been blooming before departure to space. In several days, the flowers would fall, despite new leaves continuing to grow, as it happened with the roots. A theory then merged that the Earth’s magnetic field was at play. 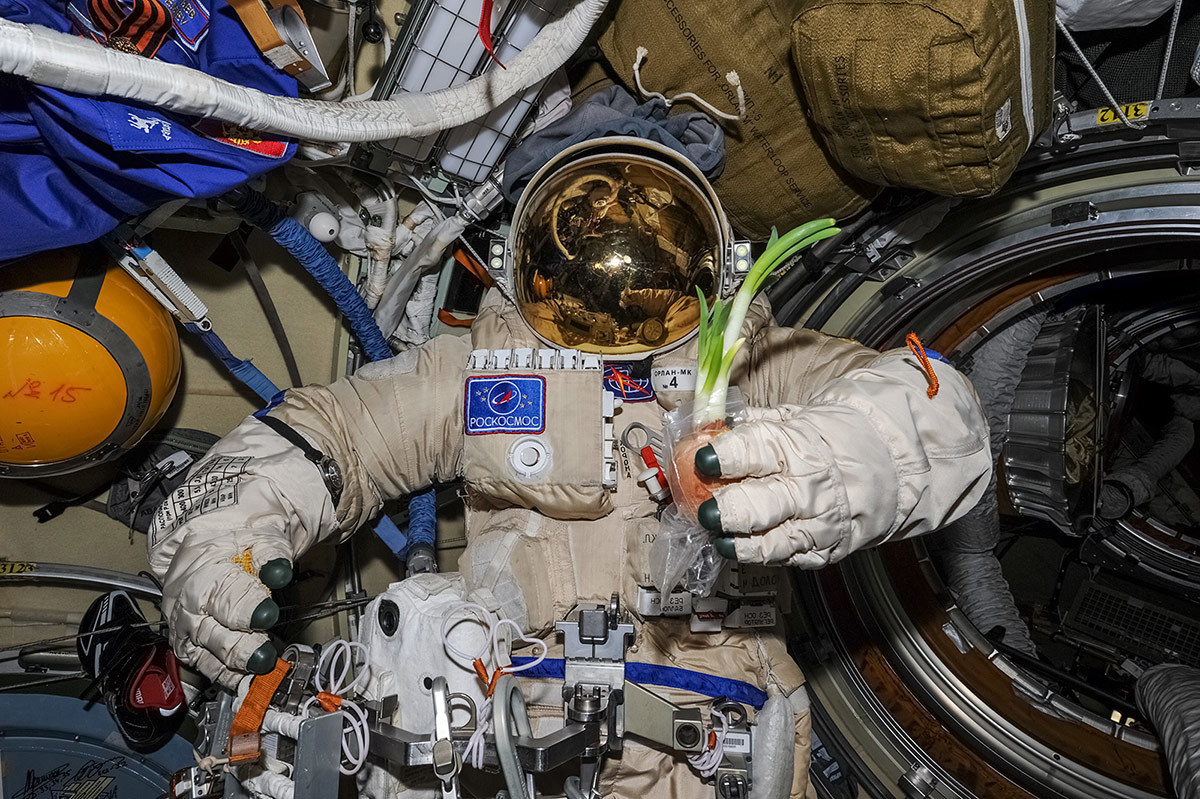 The father of cosmonautics, Konstantin Tsyolkovsky, described a solution to the problem. He developed a plan to create an artificial gravitational field, involving growing the plants in a centrifuge. The practical solution already existed in 1933. The centrifuge did help: the sprouts turned according to the vector of the centrifugal force. The experiment successfully grew Arabidopsis and rockcress. 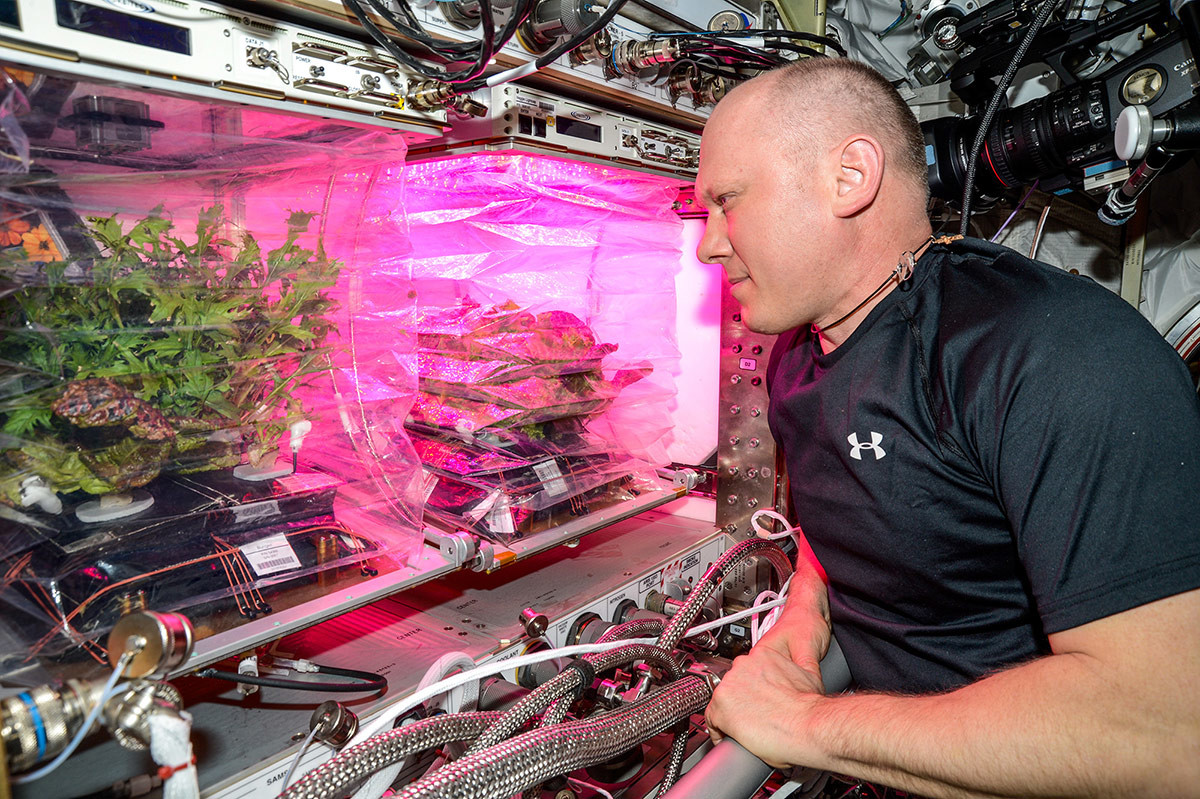 Following the success, cosmonauts continued to take seeds into space, successfully growing onions, wheat, lettuce, cabbage and other cultures - as well as doing so in open space. In 2007-2008, there was the ‘Biorisk’ experiment, which involved mustard seeds, rice, tomatoes, radish, yeast, rockcress and nicandra growing for 13 months in a container aboard the ISS. The tomatoes were the only ones to perish - others made it back to Earth, preserving their freshness. 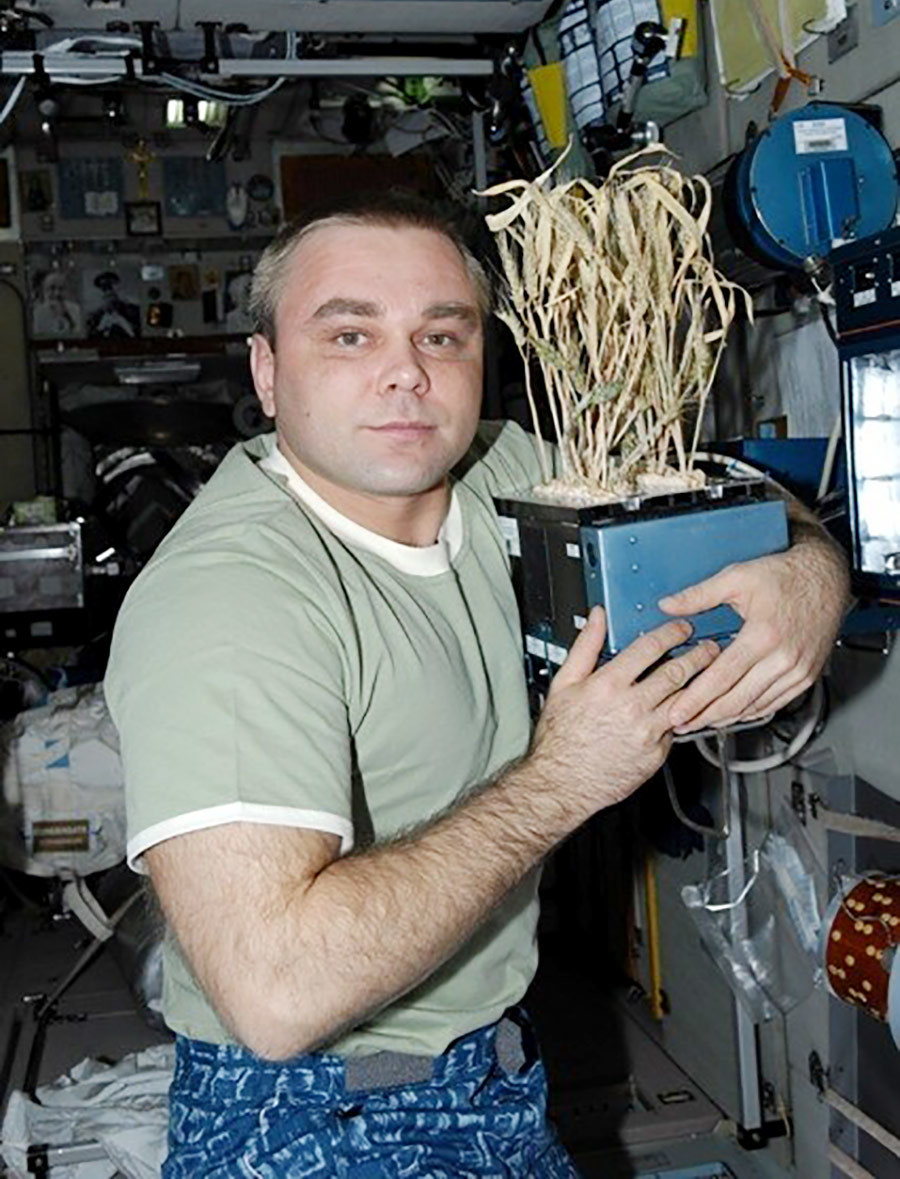 Eating space-grown cultures has been allowed by law since the 1980s, when scientists first determined their safety, upon studying the effects of such a process of cultivation.