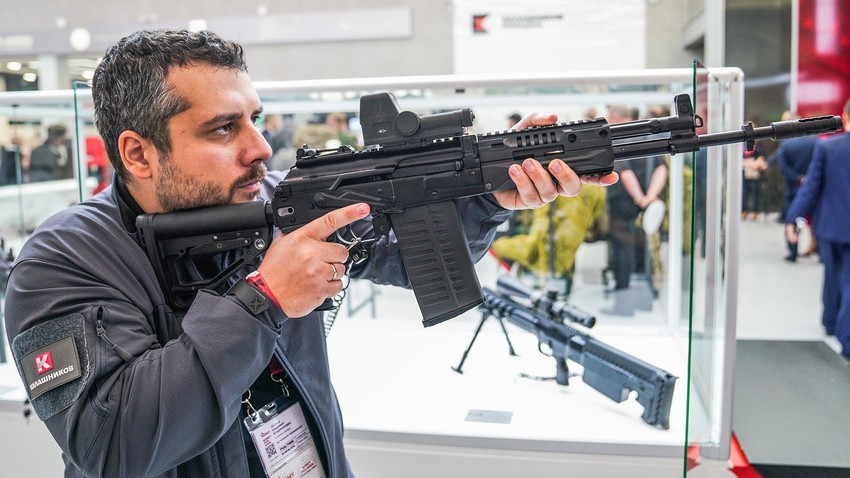 Vladimir Astapkovich/Sputnik
These are some of the baddest Russian weapons you probably had no idea about. 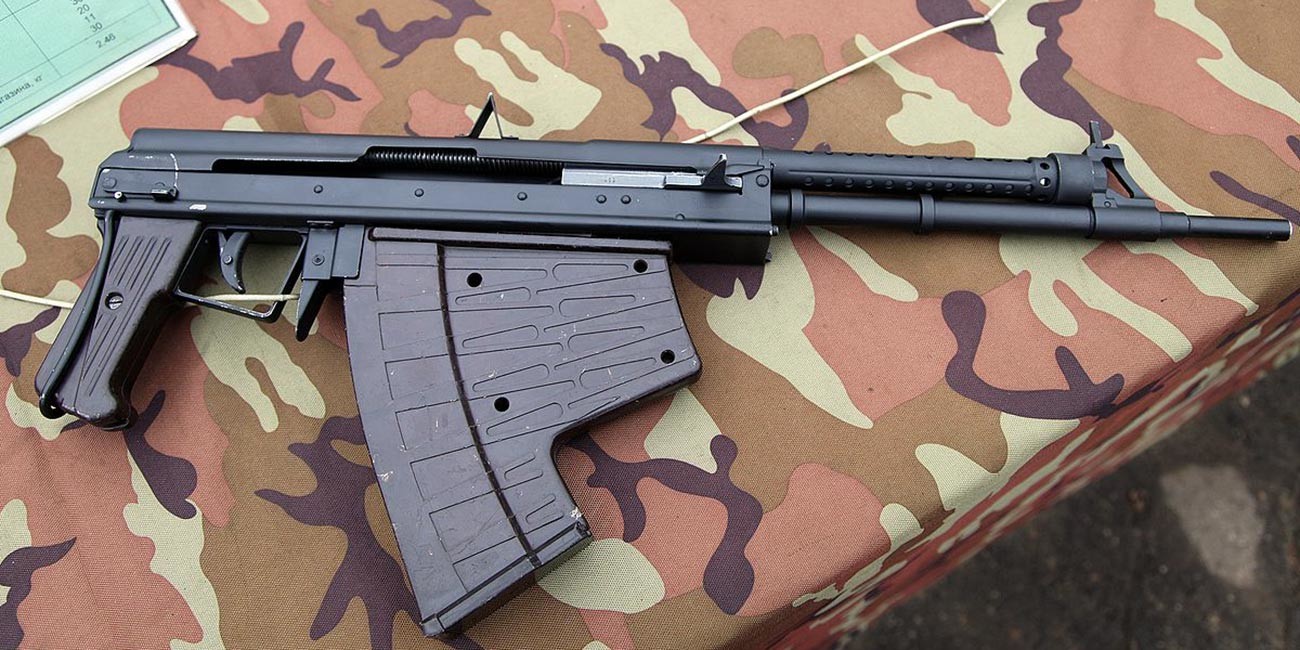 The APS assault rifle (an acronym that in Russian spells ‘Special Forces Underwater Assault Rifle’) is a firearm created in the mid 1970s in the Soviet Union to eliminate enemy divers trying to mine ships in docks.

The rifle is smooth-barreled, in order to keep shots underwater in line. Meanwhile, the APS is quite inaccurate when fired out of water.

In comparison with spearguns, the APS has more penetrating power and is useful to pierce through another diver’s dry suit, protective helmets and thick parts of breathing apparatuses.

One of the longest assault rifle shooting reincarnations of the AK-12 is the AK-308, which is chambered with NATO’s .308 Win rounds, specially created for sniper rifles. It can effectively eliminate targets up to 600 meters away (in comparison with 300 meters with a standard AK-12, AK-74, M-16, H&K 416).

The model isn’t widely used in the Russian army, but was created for foreign militaries with tons of .308 Win rounds in their arsenals.

The magazine capacity is 20 rounds.

The weight of the new machine gun together with the magazine (without cartridges) is 4.3 kg.

The machine has a diopter sight, as well as a length-adjustable stock, which has 4 positions, allowing the shooter to choose the most convenient length. 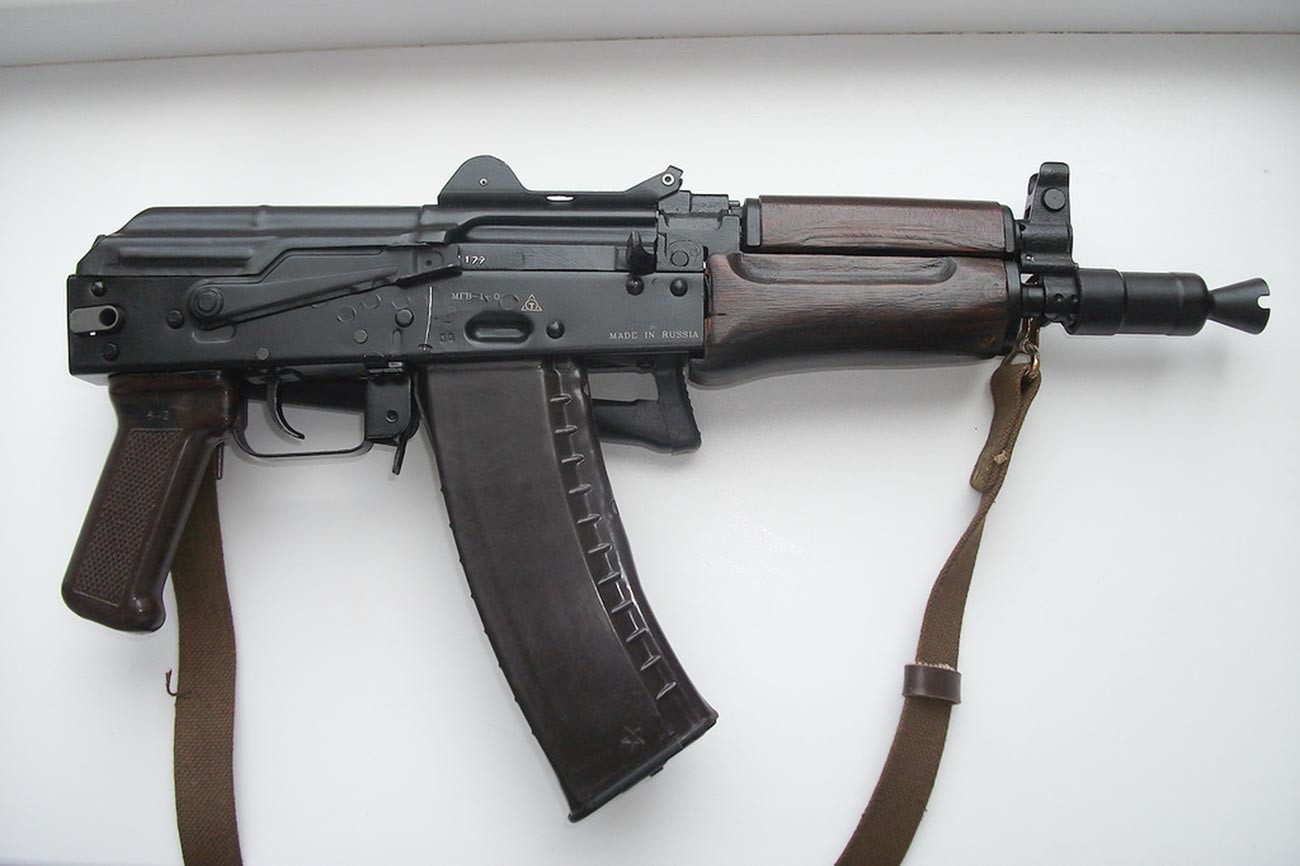 The AKS-74U is a 5,45x39 mm assault rifle created for airborne troops and Spec Ops units that operate in close urban spaces.

The rifle is two times shorter than its predecessor, the AK-74M, but uses the same ammo. Nevertheless, due to the shortened barrel, the AKS-74U is not as accurate and has low ballistic capabilities. It’s perfectly suited for 50-100 meter ranges but is pretty uncomfortable in hitting targets more than 100 meters away.

Besides that, it has a powerful recoil and the AKS-74U jolts upwards when firing.

Its ammo is able to penetrate solid walls and eliminate targets hiding behind them.

The rifle is made according to the bullpup system (the magazine with cartridges is located behind the trigger and trigger mechanism) to reduce the size of the weapon. Also, you can attach a grenade launcher under the barrel.

All this can be added due to the Picatinny rails on the upper, lower and side parts of the rifle, which allows special forces to customize the weapon and install any necessary extra optics, collimator sights, flashlights, handles and other devices.

Despite the power of the rifle, the weapon has significant drawbacks - recoil and accuracy of fire. 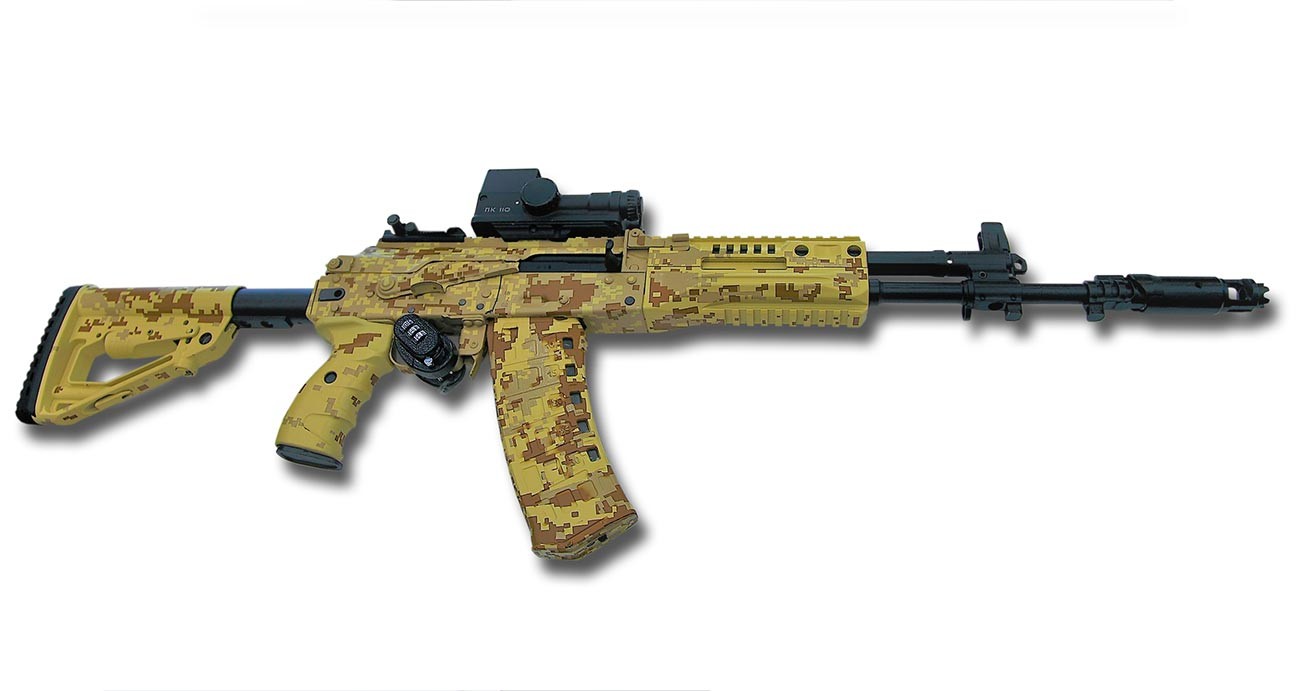 The AK-12 is the main assault rifle of the modern Russian army. It received many ergonomic features to make it one of the most comfortable rifles of the modern era.

It has a new retractable side-folding shoulder stock that can be suited to any user’s anthropometry. A soldier can adjust the weapon for any circumstances - even while wearing body-armor and crawling in mud or grass in a field, forest or at a shooting range.

The new AK magazines now have a transparent window that reveals the amount of ammo left.The rifle is still compatible with magazines from the AK-74, RPK-74 and even the 96-round drum mag from the new RPK-16 machine gun. But, you’ll be only able to try the 96-round mags at Kalashnikov’s shooting ranges

It also boasts Picatinny Rails on the top and bottom. This allows for the installation of various scopes, red dots, optics and flashlights.

Moving up to the tip of the rifle, it has an army style muzzle for breaking windows and cutting barbed wires. The action mechanism of an AK-12, however, remains a classic one - it has a gas-operated long stroke gas piston with rotating bolt.