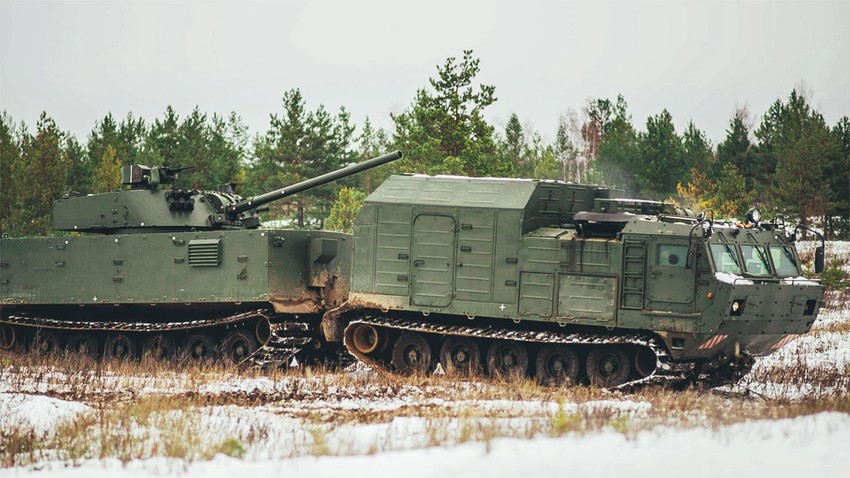 TCNII Burevestnik
This will be the first self-propelled artillery system capable of fighting enemies in the most extreme weather conditions in the coldest regions of the planet.

Russia is set to complete state tests of its latest 120-mm self-propelled artillery system, dubbed ‘Magnolia’, by the end of 2022, according to a report in late February 2020 by UVZ Corporation, responsible for creation of the newest artillery system for extreme weather conditions of the Far North.

Russia first revealed the system back in mid 2019, during the military exhibition Army-2019 outside Moscow. Since then, the country has stated that ‘Magnolia’ is created to eliminate enemy air defense systems alongside radio electronic warfare machines in extreme weather conditions, where no other artillery system is capable of producing a clear and precise shot, due to zero visibility.

Until the beginning of 2020, when UVZ corporation revealed its plans of finishing testings and preparing its factories for the mass production of Magnolias, all the technical and tactical information was concealed as a state secret. But, some of it was made public recently.

According to it, the ‘Magnolia’ is capable of hitting targets in extreme weather conditions with 120-mm shells at distances of up to 8,5 kilometers. Due to its latest laser and GPS navigation systems, it can detect targets even in snow storms with zero visibility.

“The crew doesn’t have to see the target. They can manually insert the coordinates of enemy units that they received from intelligence into the machine’s computers and the Magnolia will automatically aim its gun. A person will only have to press the ‘fire’ button,” says Viktor Esin, а retired Colonel-General of the Russian army, former commander of strategic missile forces.

The machine also has a pretty good fire rate for a 120-mm artillery system - 10 rounds per minute with each one leaving a five meter crater in the place it hit the ground.

As the expert notes, the ‘Magnolia’ combines the combat qualities of a howitzer gun and a mortar. The design of the turret allows the crew to conduct a circular horizontal aiming and raise the barrel of the gun at an angle from -5° to +80°.

It can also operate in water and overcome water obstacles on its caterpillar tracks with the speed of up to 6 km/h.

The machine can also cover up to 700 kilometers without the need for refueling.