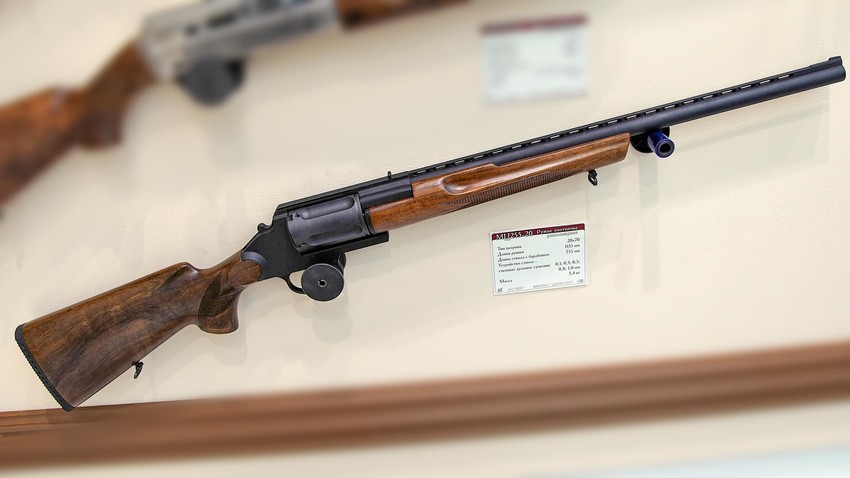 Vitaly V. Kuzmin/vitalykuzmin.net
These unique five shot shotguns will soon swarm the market of hunter weapons once again as they did back in early 2000.

This will be a five-shot 12 gauge shotgun for civilians capable of effectively striking down targets up to 100 meter distances.

'Such revolving systems firstly appeared in th American Civil War. The first rifles of that kind were made by the Colt corporation. Yet this type of weapons didn’t find its favour among American soldiers due to various design flaws. Today such a revolving shotgun is nothing but an interesting marketing move to attract new people into the hunting world or to enlarge current hunters’ arsenals’ told Russia Beyond Viktor Murahovsky, an editor-in-chief of the ‘Homeland Arsenal’ magazine.

As he mentions, today such revolving shotguns in the US can be found in museums or private arms collections. ‘Foreign users prefer semi-auto or pump shotguns to revolving ones. So Russian MTc-255 can be called one-of-a-kind nowadays’, added Murahovsky. 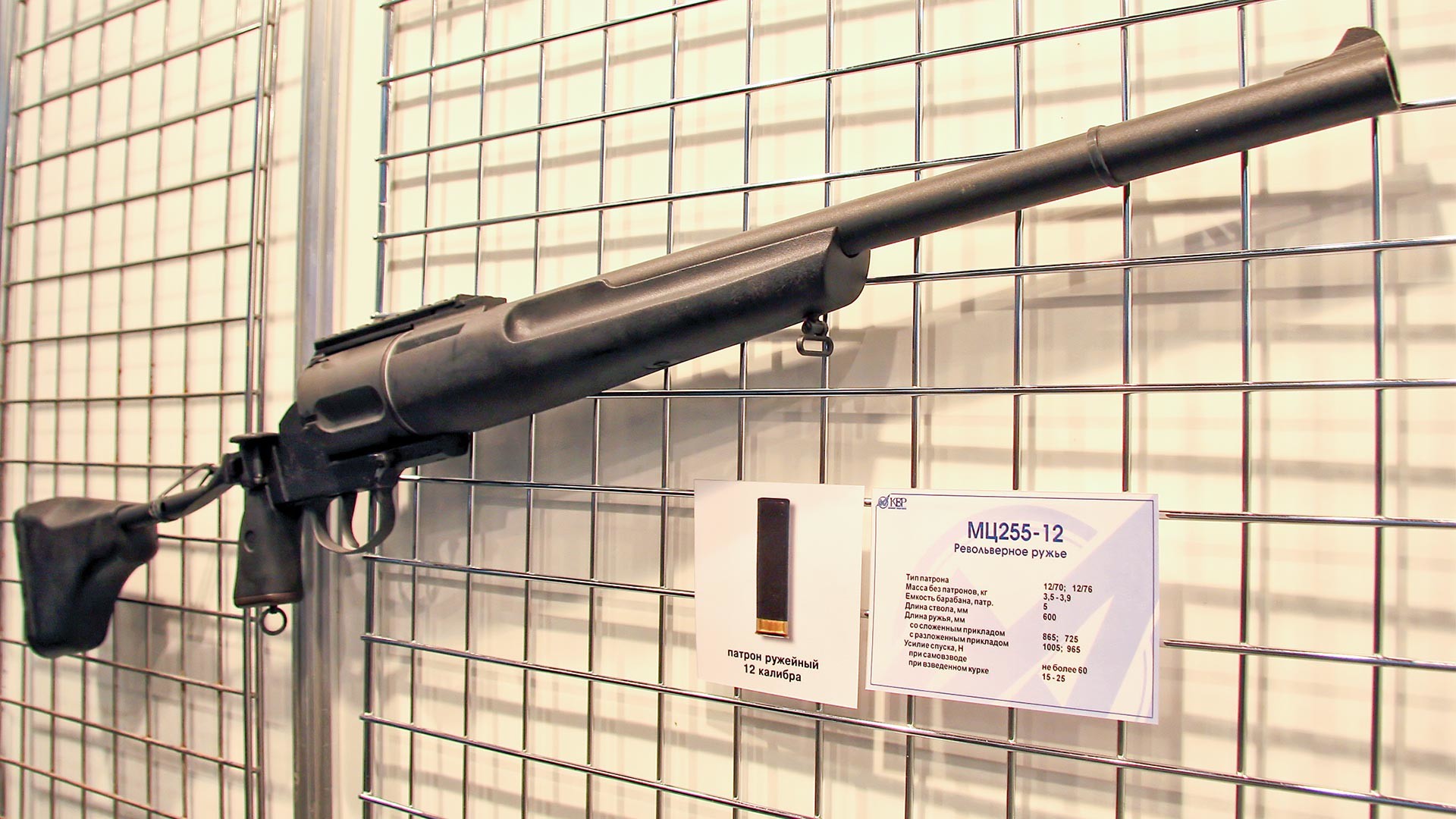 'At first such revolving shotguns appeared in Russia in the early 2000s. But due to various economic and marketing reasons MTc-255 were put out of production. Today the economic situation in Russia and around the world is slowly getting back to normal and arms producers believe it's time to revive the arms world with new weapon designs’ mentioned the expert.

As Alexander, one of the owners of the first MTc-255 revolving shotguns, says, the weapon has a great balance compared to double-barrelled or semi-auto rifles.

'The center of gravity of the gun is located exactly on the drum, when holding the load is evenly distributed between the two hands, the gun is very easy to throw up and unfold-despite the considerable weight that’s about 3,5 kilos’ the hunter says. 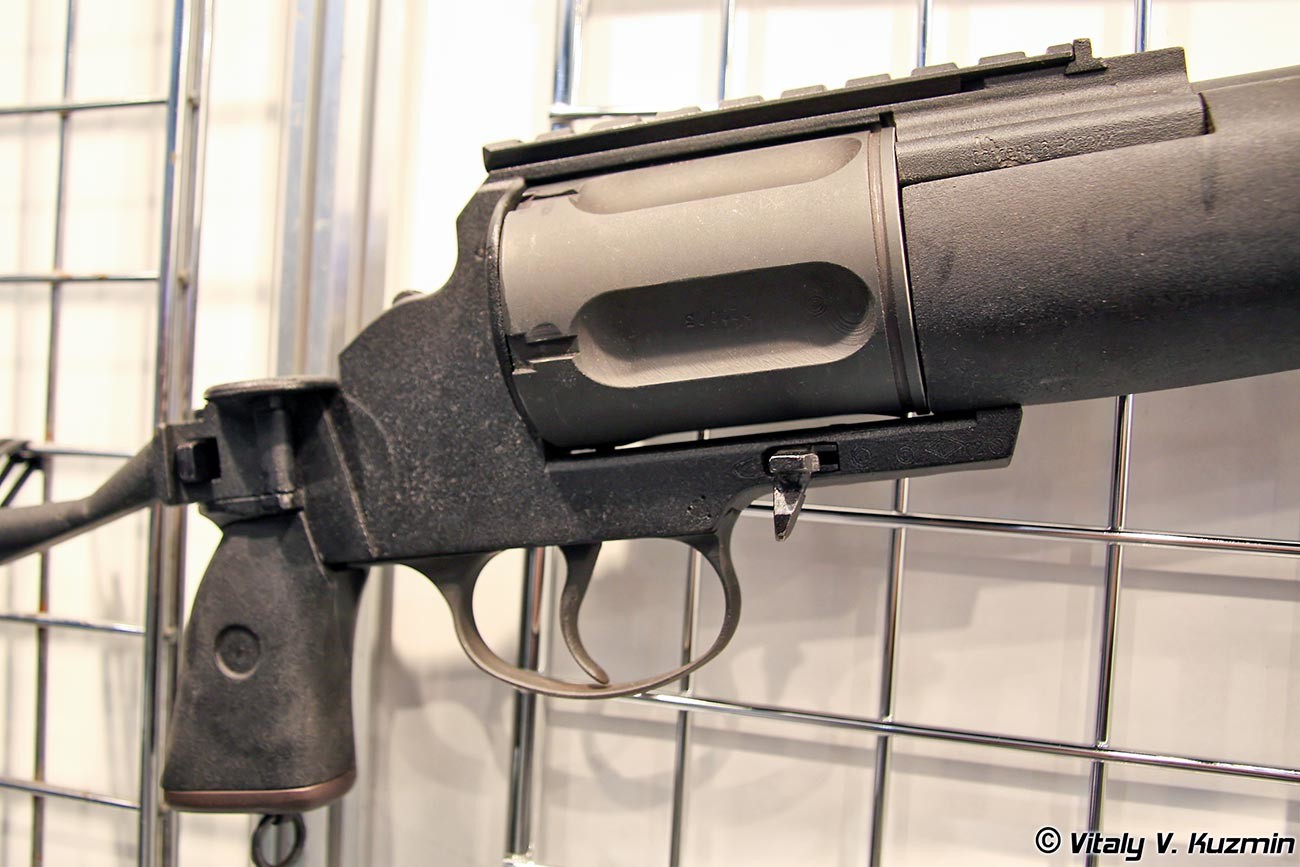 The trigger mechanism is long, but at the same time smooth, and feels comfortable while shooting. Gun’s dissembling is easy and can be done in a minute or less without training. Trigger mechanism removes entirely – which is very convenient for the care of weapons.

‘There are no small parts that can be lost, no physical effort to assemble – everything is very simple and smooth’ the shooter says.

Now about the disadvantages. You need to use expensive and high quality ammo for the gun due to its sensitive trigger mechanism as low-quality shells might be ‘chewed' (misfired) during the hunt.

‘Recharging the rifle takes a lot of time. The cartridges have to be pushed out of the drum with a finger or a ramrod. The drum opens with a loud cling that can spook animals away’ mentions Alexander.