AK-74M vs first ever Russian silent assault rifle AS ‘Val’ 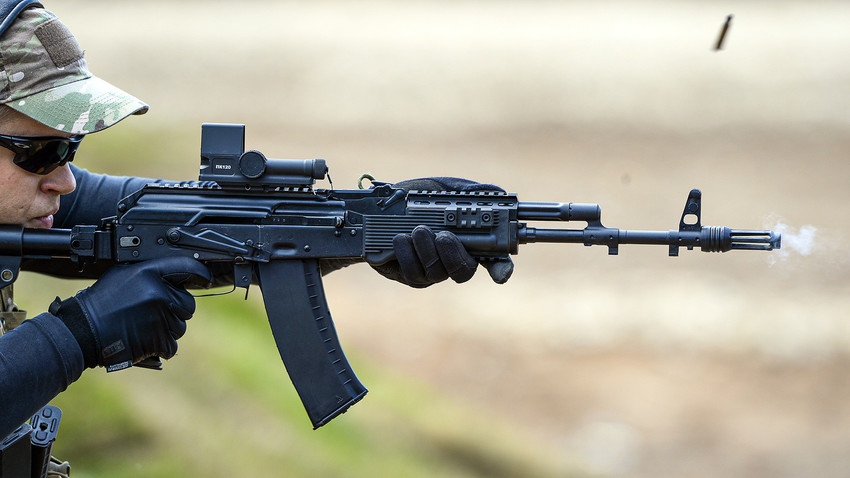 Alexander Vilf/Sputnik
We tested the two guns at a shooting range to bring you a detailed comparison of the two rifles.

The AK-74M was adopted by the military back in the early 1970s. It was an advanced version of the AK-47 platform, chambered with lighter and faster 5.45x39-mm ammo. The rifle became more accurate and had less of a recoil compared to the standard AK-47.

Throughout time, paratroopers and Spec Ops units often required a shorter version of the AK-74M, capable of silently eliminating enemies at short distances. The AS ‘Val’ turned out to be the one.

Our team went to a shooting range to test both of them out and find out how the two differ from one another.

The pros of the AS ‘Val’ are, without a doubt, its compatibility with modern era accessories - red dots, optics, etc. You can easily mount grips and other accessories on the rifle in seconds.

It’s also much lighter and shorter than an AK-74M and turned out to be more accurate at 50- and 100-meter distances.

Due to ‘Val’s’ subsonic ammo and silencer, a shooter doesn’t need ear protection. Yet, the rifle turned out to be twice less powerful than the AK-74M.

We tested how the AS ‘Val’ works against “soft” targets, concrete blocks and how well its ammo goes through water. Each time, it lost out to the AK-74M, despite the fact that the ‘Val’s’ bullet was bulkier and heavier, compared to the Kalashnikov ammo.

Exit holes on “soft” targets were nearly five times bigger from the 5.45x39-mm rounds. As engineers at the range commented, the backside of the AK’s bullets start to “dangle” inside the target, thus ripping off larger parts. At the same time, the 9x39-mm ammo made smaller and clearer “exits”, thus making lesser damage to a “soft” target.

The same happened during the five 5-liter water bottle test. The ‘Val’s’ ammo immediately changed its flight trajectory when piercing the first bottle of water and flew out of the side of the second 5-liter bottle. At the same time, the 5,45x39 mm ammo exploded all five 5-liter bottles and continued its flight. It turned out, it needed at least seven standing in a row to stop an AK-74M (or to be at least 1.5 meters in below the water to survive or to evade a 5,45x39 mm shot).

To our surprise, both of the rifles effectively pierced concrete blocks from 100-meter distances. We were not shocked by an AK going through 30-cm thick blocks, but we were astonished when the same happened with the AS ‘Val’ that lost all previous occasions.

Details of a ‘silent’ substitution of an AK-74M 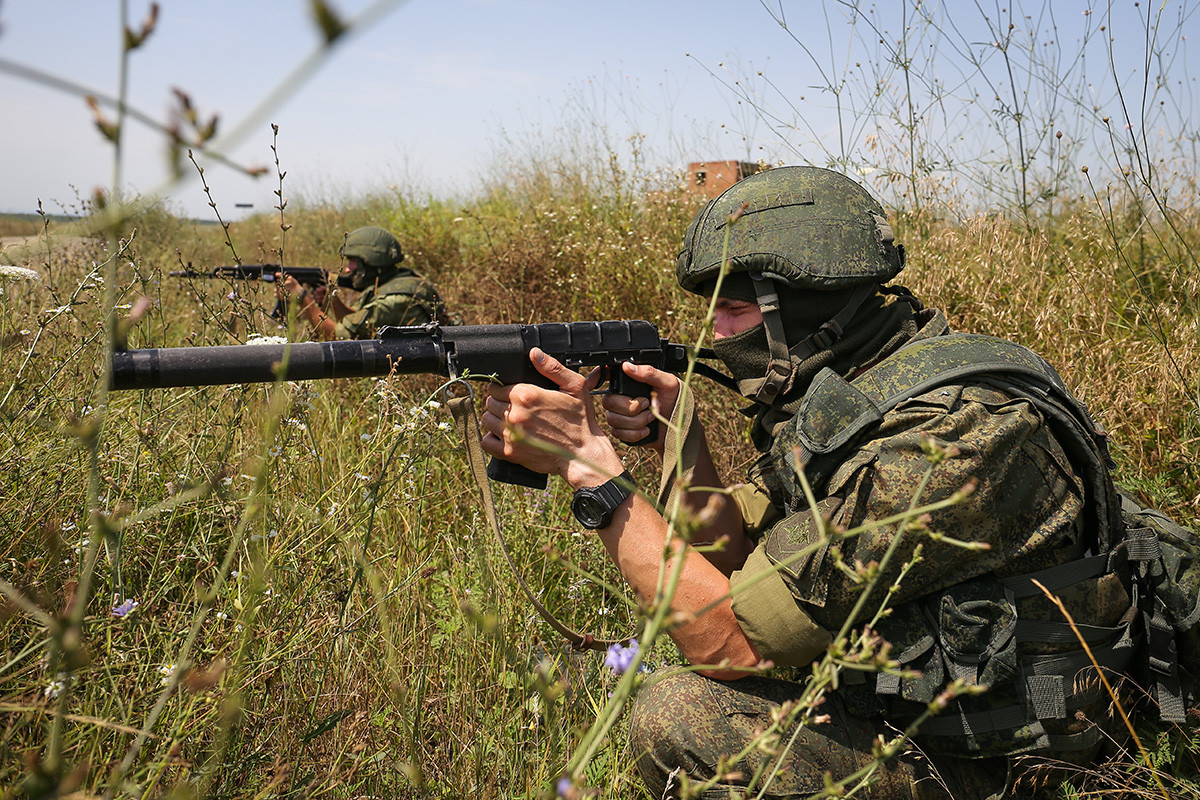 The AS ‘Val’ was the first ever Russian silent assault rifle created in the late 1980s. It’s able to penetrate 2nd grade body armor plates at 200 meters away with subsonic 9x39 mm rounds.

AS ‘Val’ was a compact gun that could easily be disassembled and hidden into a typical case. Worth mentioning that this gave the rifle a serious advantage during the military trials.

This assault rifle was widely used during Chechen campaigns. Russian Spec Ops units successfully used them in battles with terrorists and even eliminated one of Russia’s mafia bosses, Granpa Hassan.

It weighs as much as 2.5 kilograms. It’s compact and comfortable when firing. Due to the subsonic 9-mm rounds, there is practically no recoil.

It’s lighter and even easier to operate and clean than AKs. They may be not much to look at, but they work like a Swiss clock.

Another “setback” of these weapons, however, is their fire accuracy. The bullet spread is a really wide at an average of 10 cm at a 100 meter distance.

This system looks clumsy up close, but “good-looking” was never an issue in the Russian firearms industry.