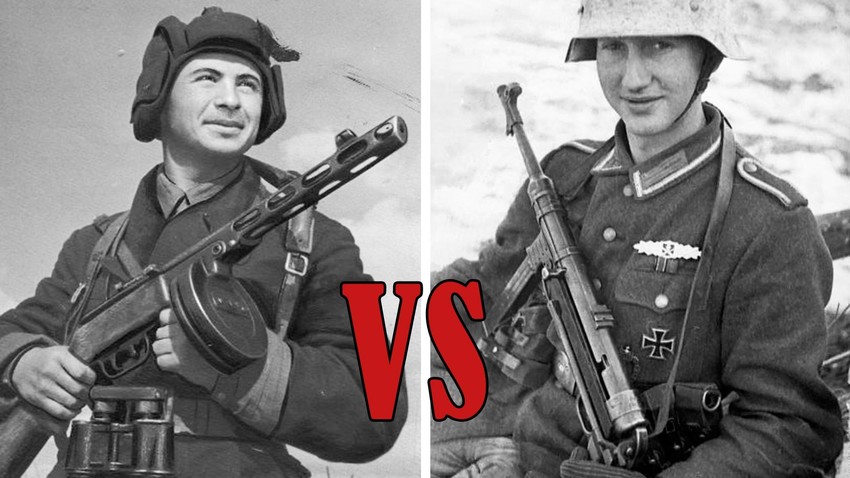 МАММ/МДФ/russiainphoto.ru; Bundesarchiv
One is more powerful, while the other is more ergonomic and technically advanced.

Both of these submachine guns were created right before World War II and became inalienable symbols of the Soviet and German arms manufacturing schools.

Each has its pros and cons and we’ll try to figure out what makes either of them better against an opponent.

The German MP-40 is a 32 round submachine gun chambered with standard 9x19 mm magazines. It’s pretty comfortable to put ammo inside it and to reload during a gunfight.

“At the same time, Soviet PPSh has a 72 ammo drum mag chambered with 7,62x25 mm rounds. It took way more time to assemble a mag before the fight. It was heavier and not as comfortable to carry as the MP-40’s magazines. Yet, it had twice as much ammo in each mag. That advantage could compensate for previously stated inconveniences,” says Vadim Kozulin, a professor at the Academy of the Military Science.

The German MP-40 was lighter, but showed lesser reliability at precise shooting.

“If I need to do precise shooting, I’d choose the PPSh over the MP-40. The wooden stock of the first submachine gun wins over the fully metallic German one. It’s smoother and perfectly fits in the shoulder compared to the MP-40. As a result, the PPSh is more accurate,” Alexander Borisov, major in the Russian military reserve, admits. 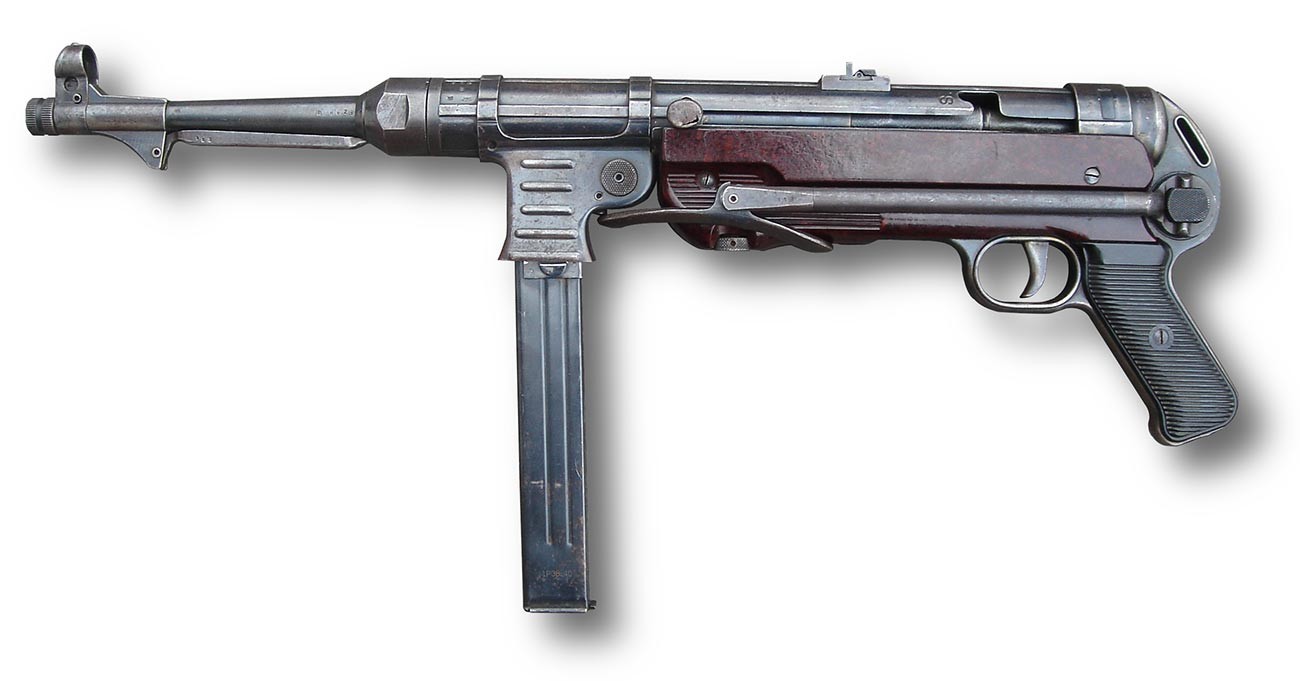 As mentioned, both submachine guns feel comfortable during full-auto rapid fire. And on this particular part, the German MP-40 surpasses the Soviet PPSh. “Yet, the MP-40 has a rate of fire of 600 rounds per minute, while the PPSh has twice as much - 1200 rounds per minute. So, in real battle circumstances, each second MP-40 shoots ten rounds, while the PPSh can fire 20 of them into enemies. This parameter makes a huge difference between the two of them,” says Borisov.

The PPSh’s 7,62x 25 mm ammo is slightly more powerful compared to the German’s 9x19 mm. ‘We tested their penetration power a couple of years ago on concrete blocks. Some of PPSh’s rounds penetrated two blocks of that kind, while the MP-40 effectively goes through just one of them,” says the major.

The PPSh had a downside to the technological side. The gaps between the parts were very large and when the PPSh was shaken, the elements could be heard banging against each other. The fall of a submachine gun from a small height often led to a spontaneous shot. Since the simplified trigger mechanism allowed only automatic fire, the firing did not stop as long as there were cartridges left in the magazine.

“But the main problem about PPSh was night shooting. It was unmistakably recognised by the three flames shooting up and out of the barrel casing. This always revealed the position of soldiers at night to enemies,” concludes Borisov.