What to expect from Russia’s upcoming amphibious assault ship 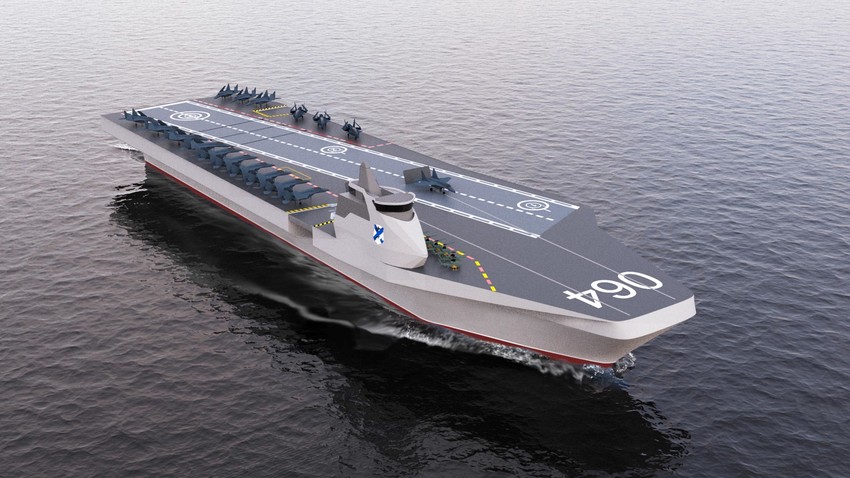 Nevsky Design Bureau
It will be the only modular ship in the world capable of either storing up to 50 aerial vehicles on its dock or conducting commercial tasks on the Arctic North route.

In March 2021, Russia started construction of its new amphibious assault ship dubbed ‘Varan’. It’s an aircraft carrier, characterized by a high degree of automation and the possibility of using robotic systems. It can accommodate 24 multi-purpose aircraft, six helicopters and up to 20 unmanned aerial vehicles.

“The composition of the air group of the Varan is planned to be formed on the basis of the MiG-29K carrier-based fighters and their modifications, as well as from upcoming next-gen aircrafts with vertical take-off and landing,” the press service of the construction bureau stated.

In total, this amphibious assault ship will be able to carry up to 50 aerial vehicles of various classes, ranging from transport helicopters to fighter jets.

According to the developers, Varan will receive “advanced robotic systems, with an integrated combat control system”. Yet, the construction company doesn’t reveal details of this artificial intelligence.

The displacement of the ‘Varan’ is about 45 thousand tons. It will be 250 meters long with a width of 65 meters. Draft on the structural waterline will be 9 meters. The ship will be able to reach a maximum speed of 26 nautical knots (up to 50 kilometers per hour). 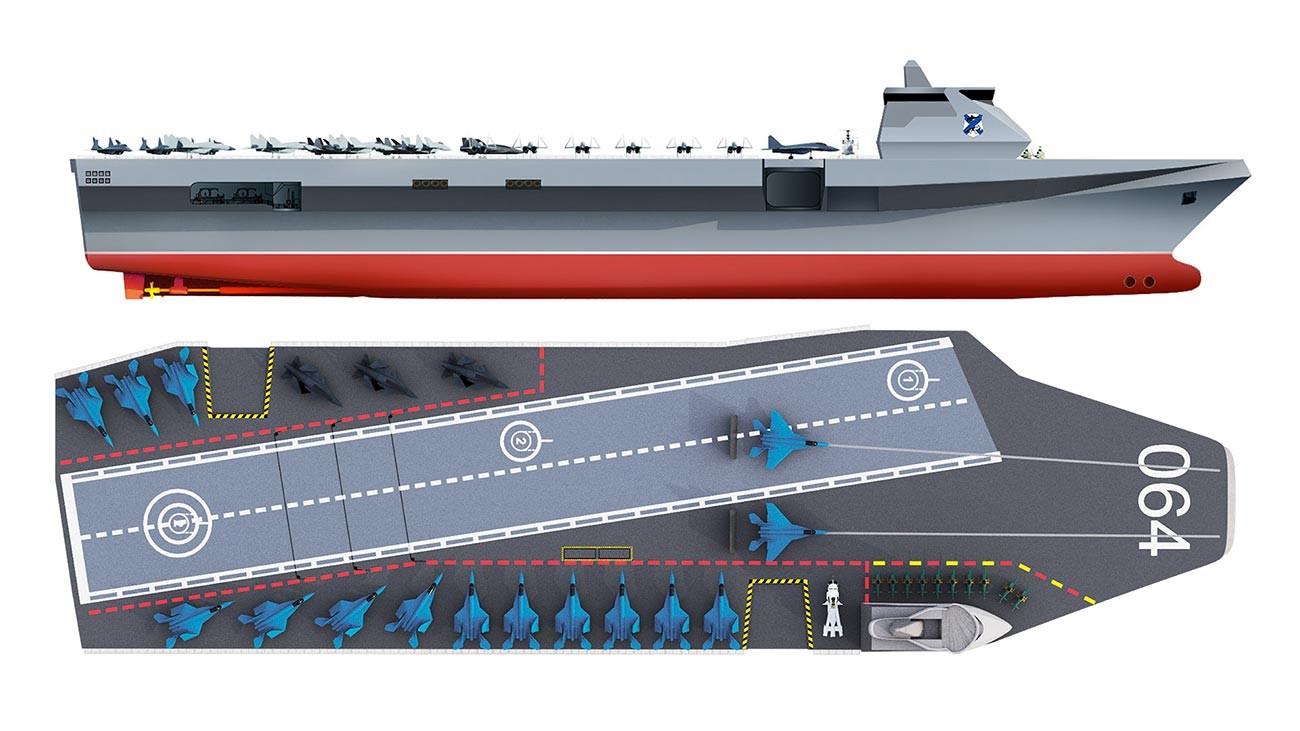 “The ship’s main feature lies in its modularity. Based on its project, you can create several types of large surface ships, including an aircraft carrier, an amphibious assault ship, a transport and hospital ship and even an Arctic support ship,” says Dmitry Litovkin, editor-in-chief at the Russian ‘Independent Military Review’ newspaper.

This allows Russian engineers to propose not only to the military, but to global nautical corporations a commercial ship capable of transporting gas and oil materials across the planet, even through the Arctic North route.

“The ship’s price tag, as well as its AI and robotic features, are still being kept a secret. Potentially, they will be revealed once the ship joins the Russian fleet. This is expected to happen not earlier than by the end of the 2020s,” the expert says. 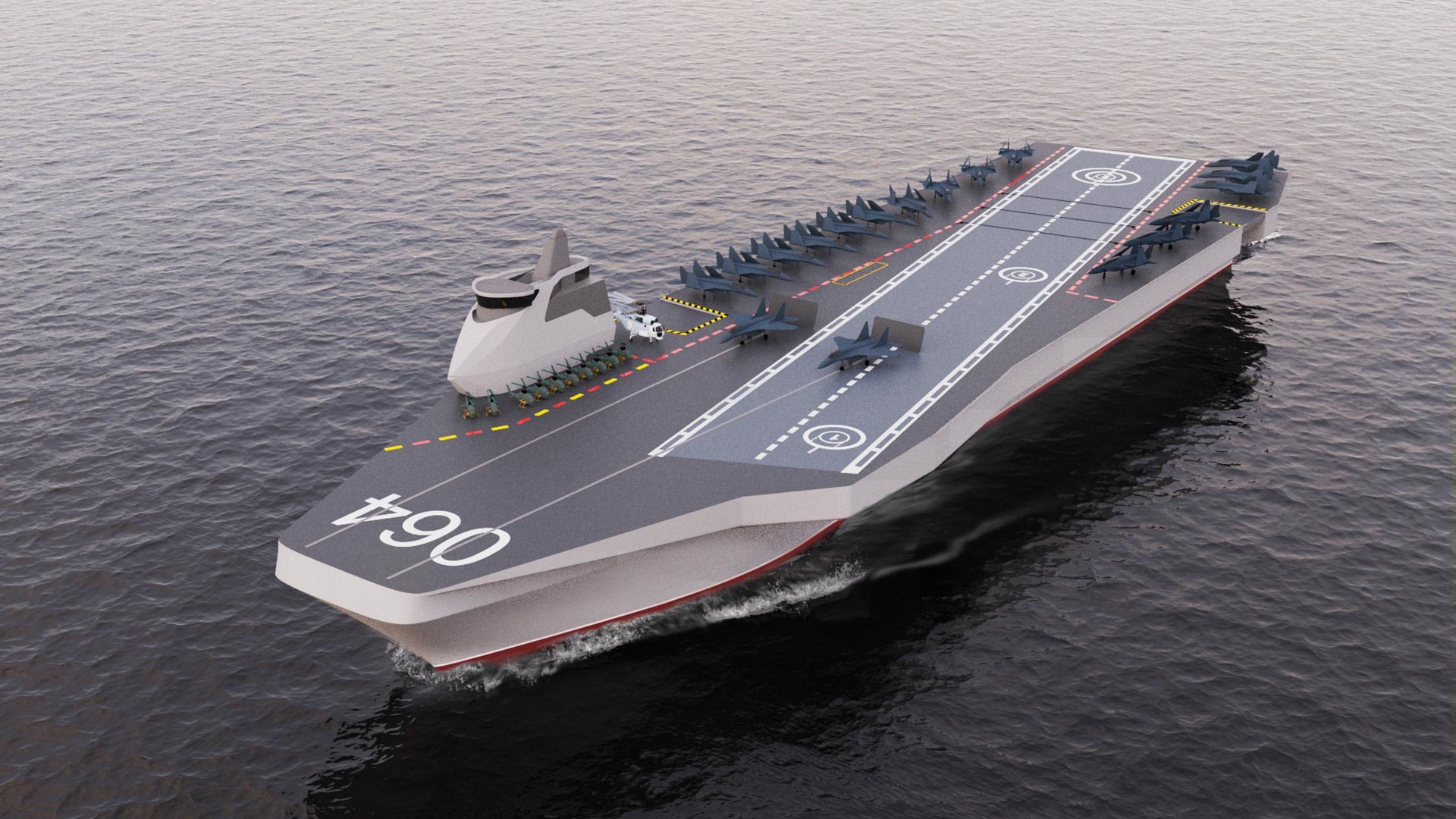 “There are no direct analogues at the moment, as no ship construction bureau around the world has yet to create a similar modular platform allowing its clients to customise what kind of a ship they need based on this ship platform,” remarks Arthur Shaihudinov, a military observer at TASS news agency.

In terms of displacement, the ‘Varan’ is similar to the American amphibious assault ship of the 'America class’. At the moment, the U.S. Navy has two such ships - America and Tripoli; another ship - Bougainville was laid down in March 2019. These amphibious assault ships are distinguished by a colossal cost, which reaches $3.3-3.4 billion per combat unit.