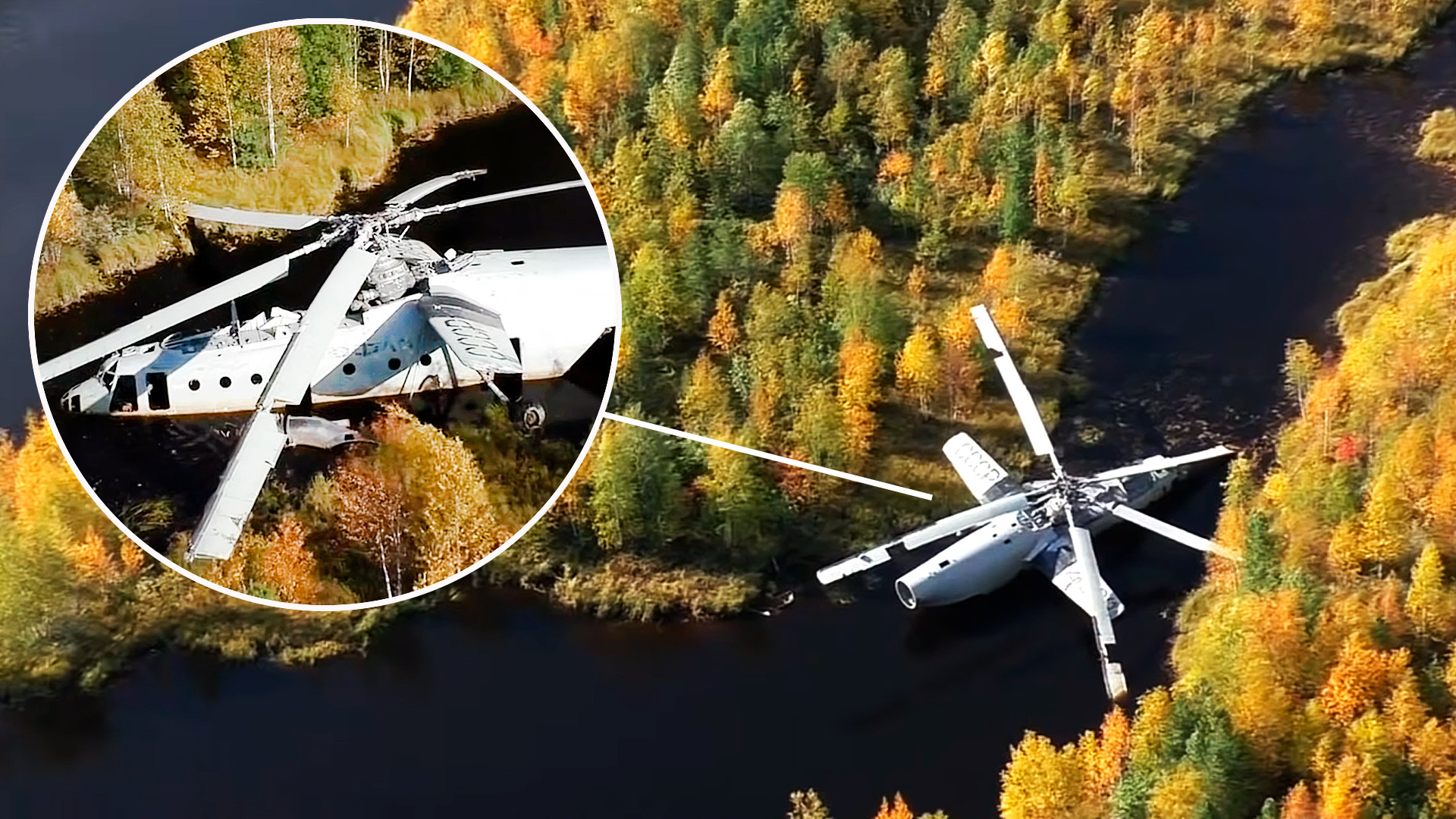 Mi helicopter/youtube
Due to a refueling error, the helicopter was forced to crash-land in a swamp. It is far from being the only abandoned aircraft in Russia.

On Aug. 8, 1981, an Mi-6 helicopter working on an oil prospecting expedition, made a refuelling stop at the Khalampur base in the Yamalo-Nenets district (2,400 km from Moscow). The replenished helicopter took off, but after five minutes of rough flying at an altitude of 150 meters, both engines gave out. 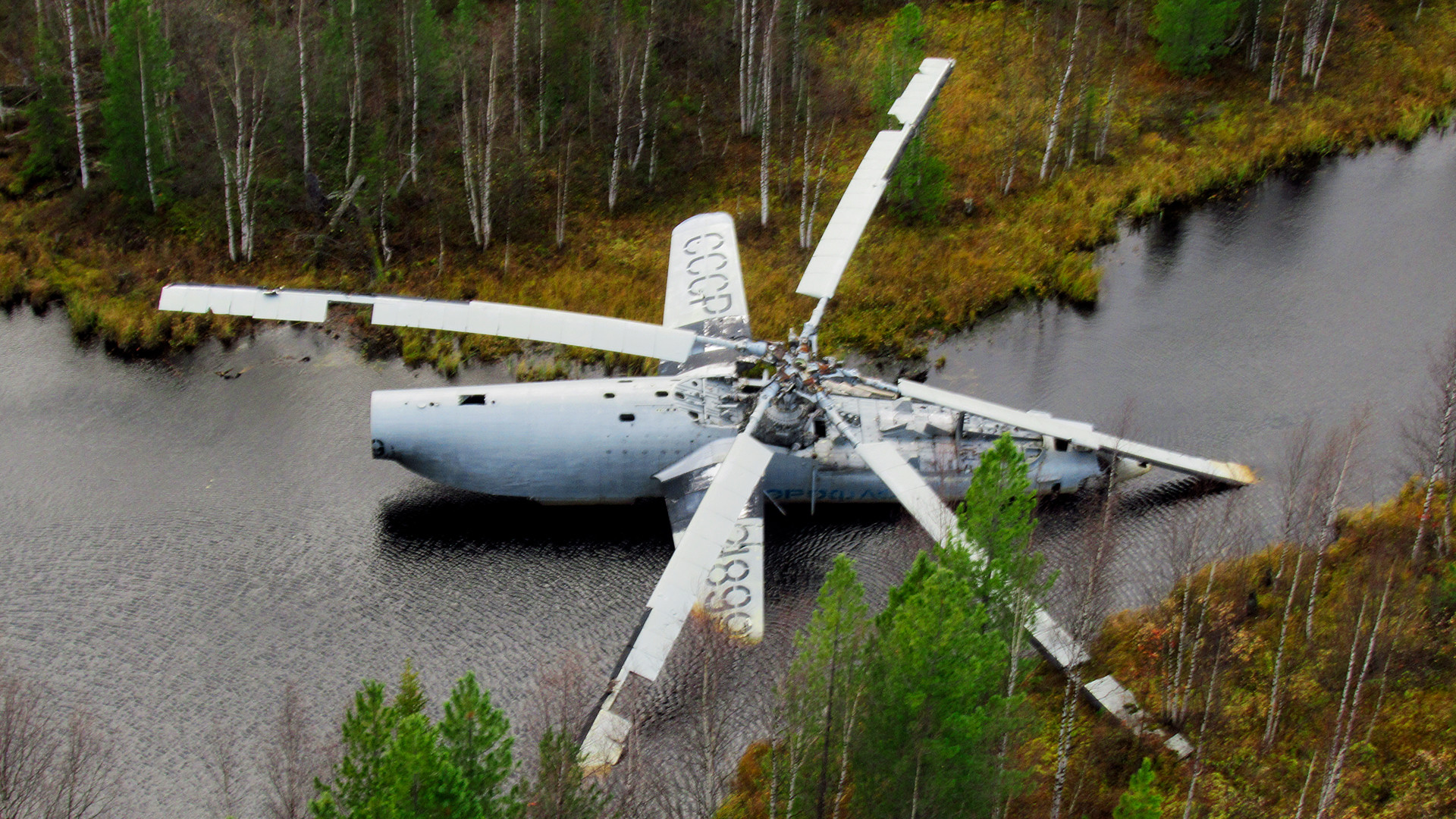 The five-person crew crash-landed in a swampy area 60 km southeast of the city of Tarko-Sale. None was injured, but the helicopter suffered significant damage. 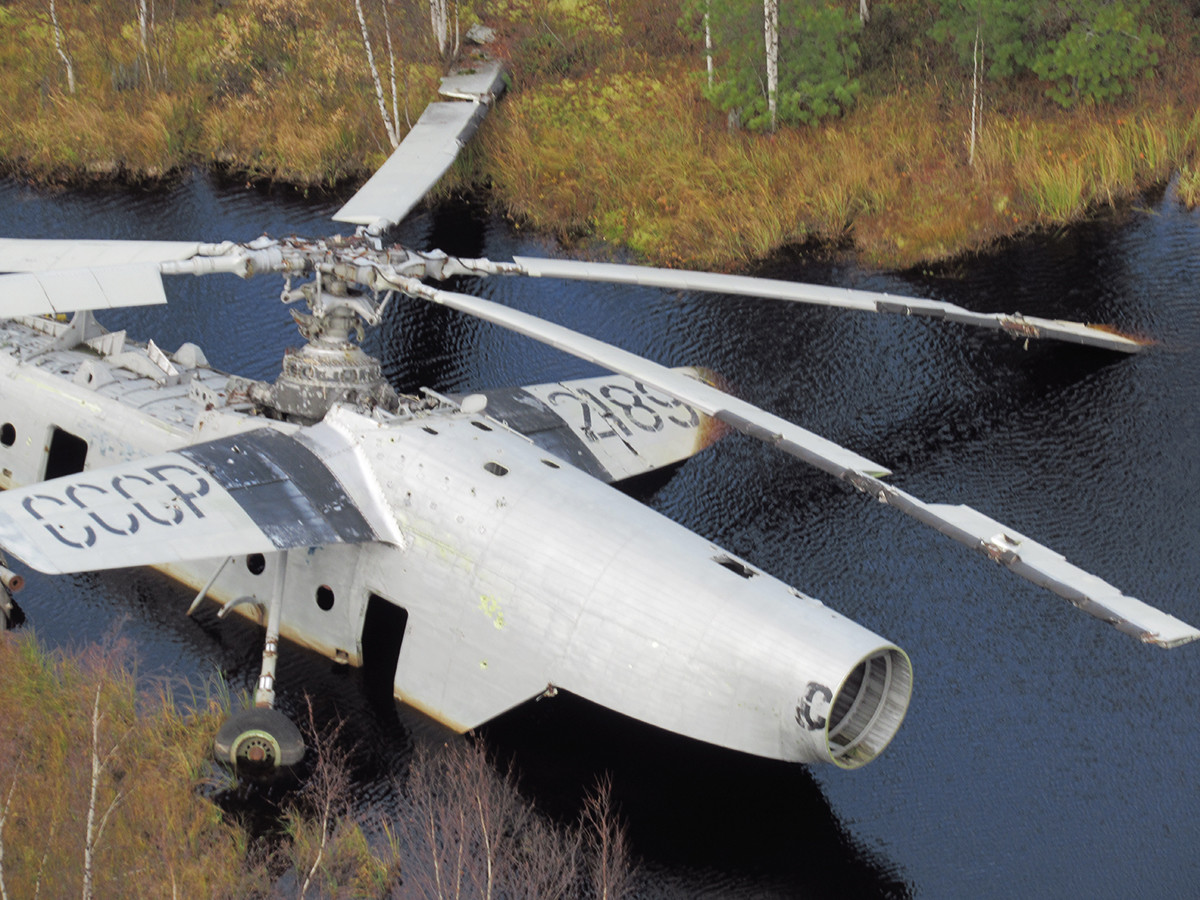 The investigation found that refueling workers at the base had mistakenly filled the tank with gasoline mixed with water, causing the engines to fail. 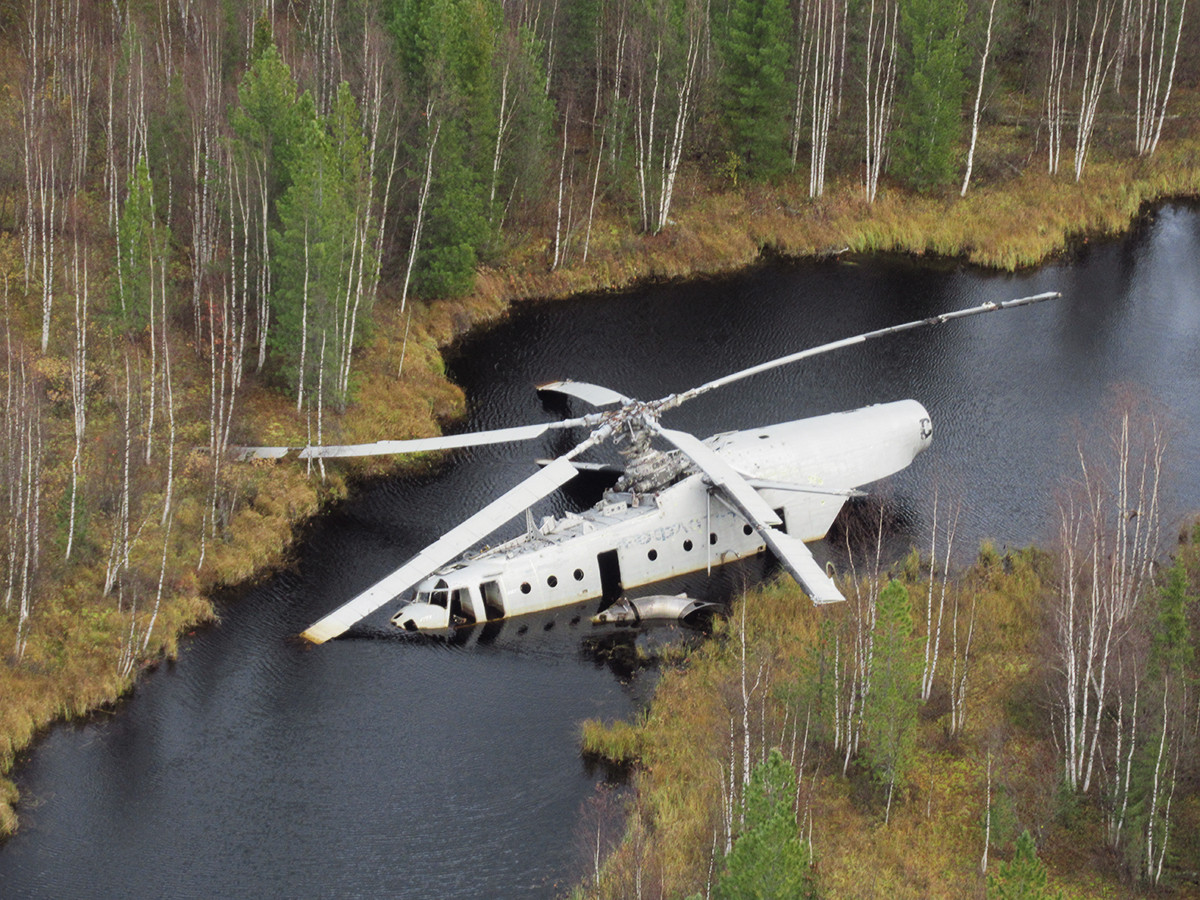 For 40 years, the helicopter wreck has been sat abandoned in the swamp, during which time its tail section and engines have been stolen. Not once have regional media reported any plans to pull it out.

The Mi-6 is by no means the only Soviet aircraft forsaken in the middle of a swamp or forest. For instance, just an hour's drive from Moscow, in the Lugovaya neighborhood in the town of Lobnya, you can find an abandoned AN-2 “crop duster” made in 1949. It was bought and installed by the owner of a local cafe.

Another aircraft, this time a Tu-134 dating to 1974, is located on the seashore 50 km from Vladivostok, on the site of a former Gulag camp. According to local media, it was bought and moved there by a local businessman who intended to restore the plane and build a hotel next to it, but the pandemic interfered with his plans. Now, locals and tourists come to see the abandoned plane and take family selfies. 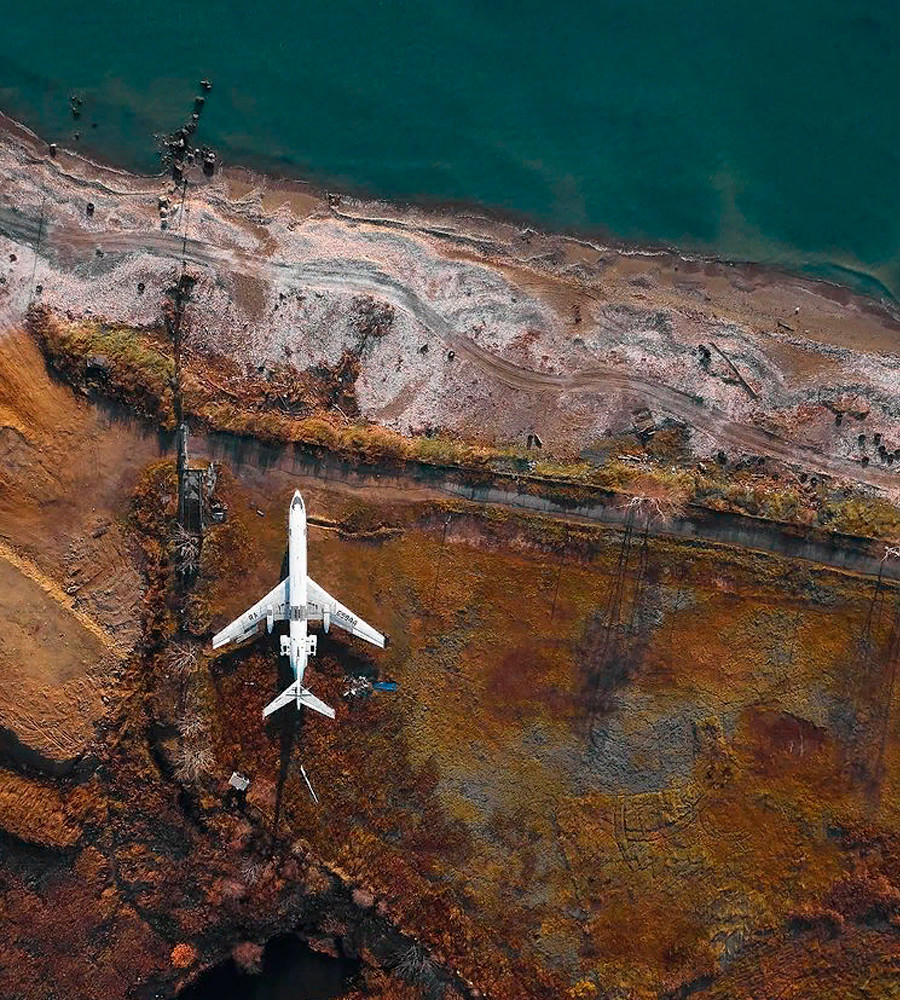 Russia's most majestic abandoned flying machine is a Lun amphibious aircraft, the world's only combat plane-boat hybrid, which lies forsaken on the shore of the Caspian Sea in Derbent, Dagestan (about 2,000 km from Moscow). 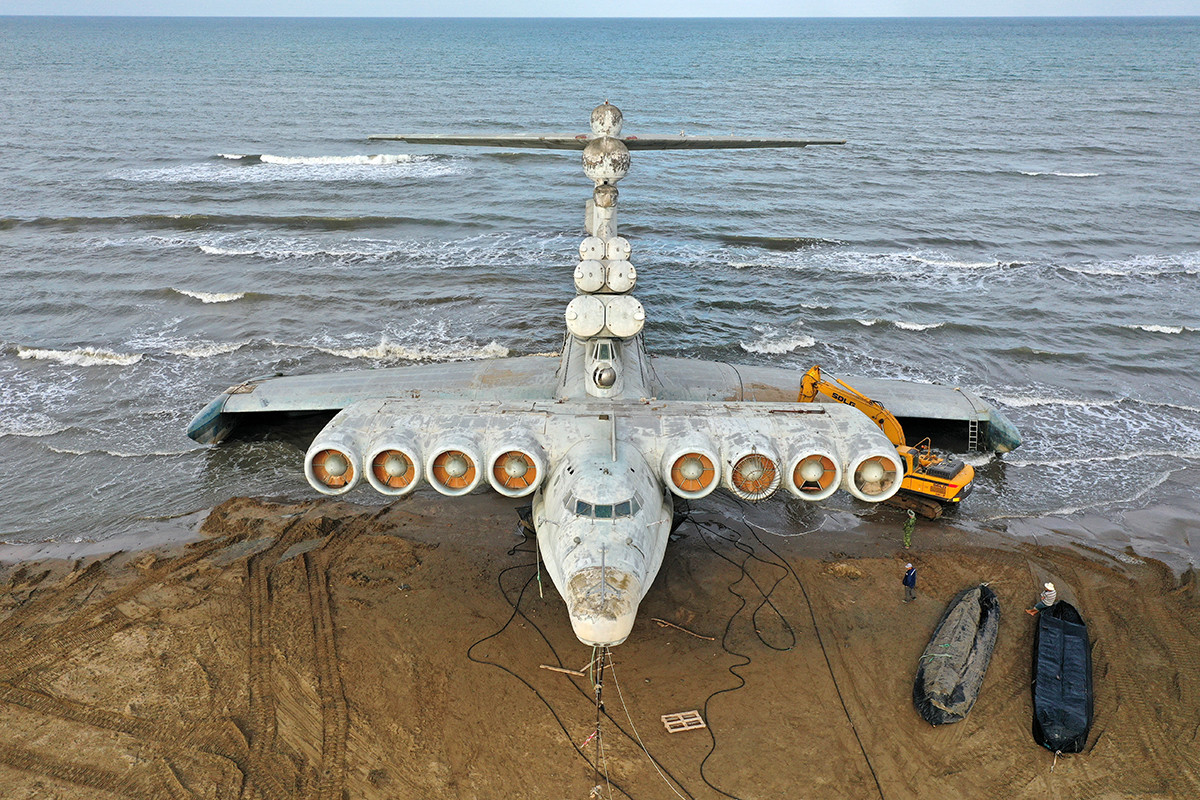 The Lun-class ekranoplan on the Caspian Sea coast

READ MORE: This Soviet MONSTER ended up beached on a Caspian Sea shore

Construction on the amphibious aircraft began at the Volga plant in Nizhny Novgorod (422 km from Moscow) in 1983, and by 1986 it was launched into the water. With a top speed of 500 km/h, the Lun was designed to deliver missile strikes against enemy surface ships. 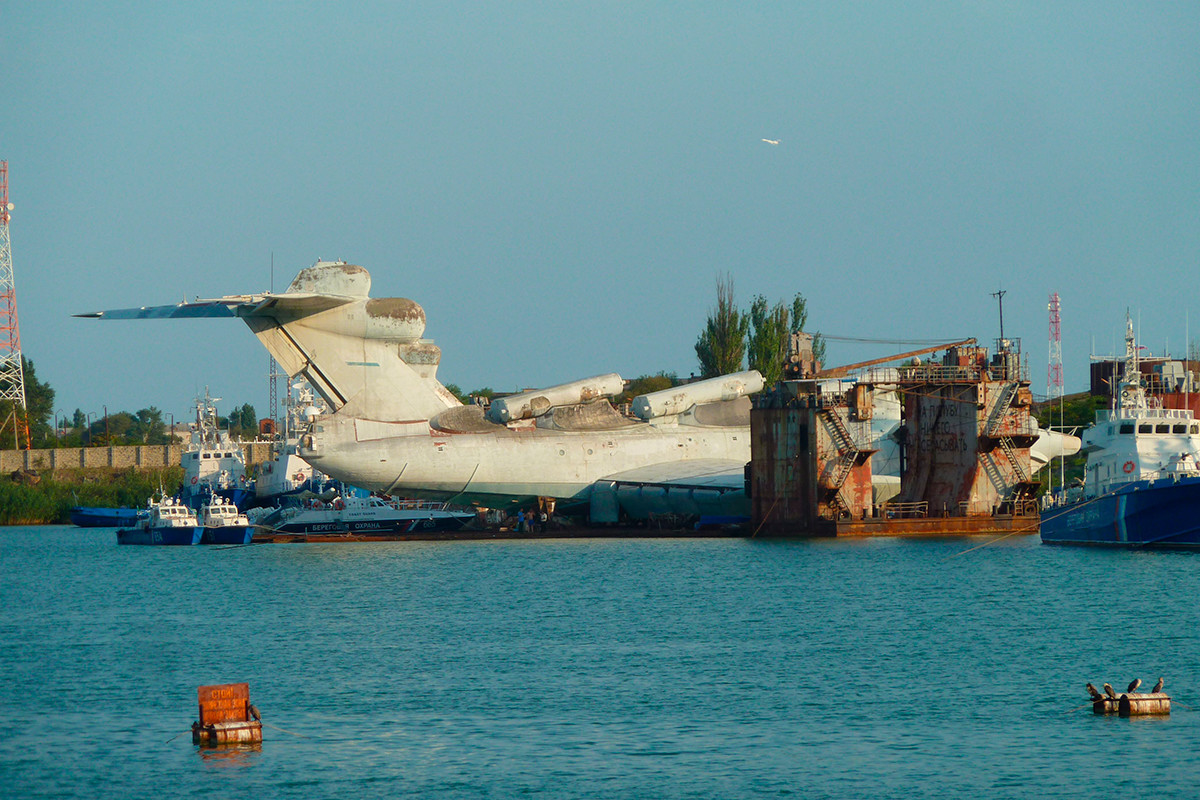 In 1990, the Lun was put into experimental operation, but a year later the project was closed due to the collapse of the USSR and the dry-up of funds. For many years, it was located in the city of Kaspiysk, where it underwent testing. Then, in July 2020, the Lun was delivered to the site of the planned Patriot Park in Derbent, where it is due to be the main exhibit. It’s not known exactly when the park will be built, but locals and tourists from across Russia are already busy photographing the region’s most famous “sea monster.”