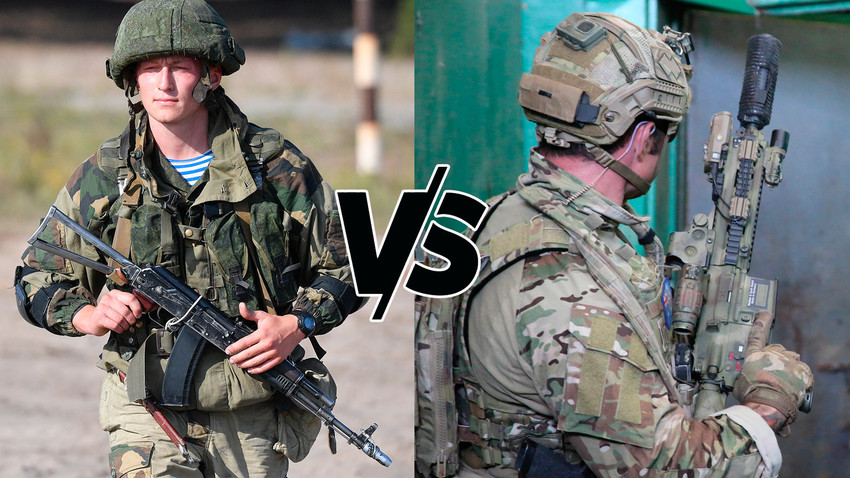 Viktor Tolochko/Sputnik; Public Domain
One of them became the most popular assault rifle in the world, while the other was chosen for the job of eliminating the world’s most notorious terrorist at the time - Osama bin Laden.

The Russian Kalashnikov AK and the German Heckler & Koch HK416 are considered to be among the world’s most widespread assault rifles, used by special operations divisions everywhere. We dissect the pros and cons of each and determine which is the best. 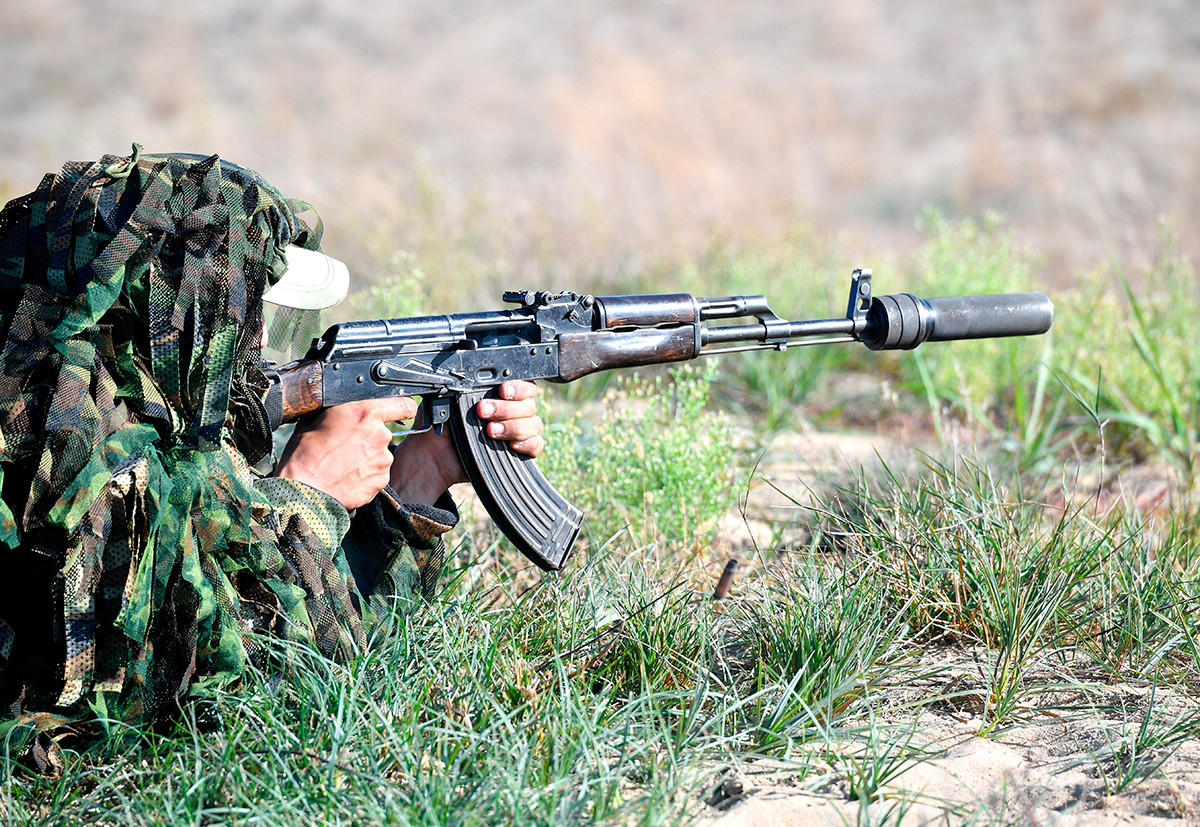 “The pros: incredible reliability, cheap to produce and ease of instructing the user - you could take an illiterate peasant, spend 15 minutes teaching them how to assemble and disassemble the gun, fire it and safely send them fighting,” says Ivan Aleksandrov, a Major in reserve and a former special operations sniper in Russian law enforcement (who asked not to name the division).

The special thing about the weapon, according to him, is that it has power in spades, for which reason the AK doesn’t require complex servicing.

“It’s very resilient to various types of contamination. It easily ejects any grime and dust with gas during firing. Put simply, when it gets dirty, the friction between the moving parts increases, which means it operates without any delays,” he adds.

However, due to that fact, the Kalashnikov isn’t very stable while firing in automatic and burst modes, with accuracy suffering as a result, compared to foreign rivals.

“We can also see that changing the magazine on the AK employs a hook system. It’s not very practical or ergonomic as its counterparts, but the system does increase its reliability. If you drop a magazine in the sand or into a swamp, you can safely pick it up and hook it. And the gun will work,” Aleksandrov notes.

Another con is a lengthy trigger travel. “It’s not suited to precision firing or even stationary sports shooting, if we’re talking about the civilian market. But for the military, it’s just perfect,” the expert concludes. 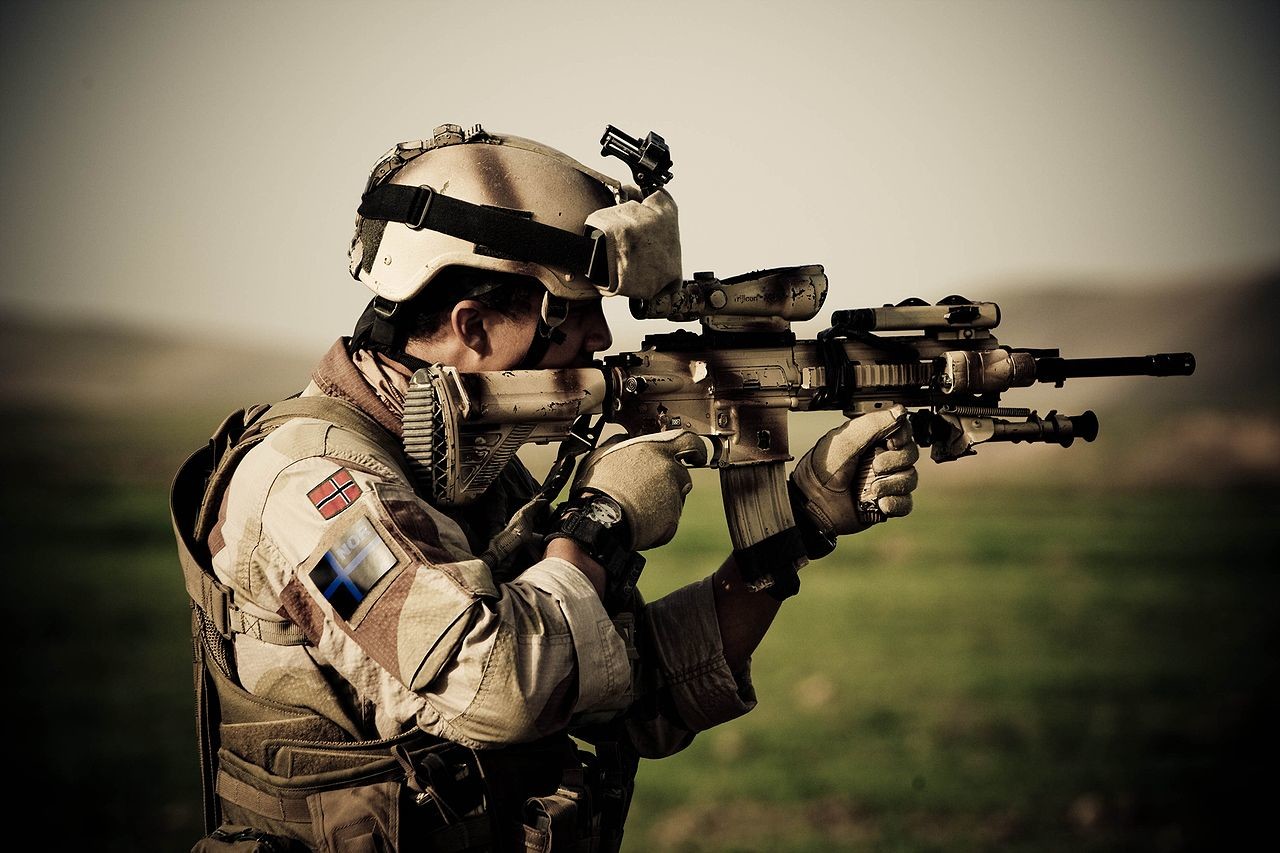 The German Heckler & Koch HK416 assault rifle is younger than the AK by almost half a century. It was created with NATO special divisions in mind, which were disappointed with the Colt M4 and M16 in tough weather conditions.

“If we were to describe it using as few words as possible, you get German quality and reliability. It is one of the finest assault rifles of our time, inheriting all the best parts of the AK and the American M4,” the reserve major says.

According to him, the rifle is as reliable as the AK and has better accuracy than the M4.

In order to solve the issues with the American-made weapon, German constructors took the gas outlet valve from the Colt and swapped it for one with a short travel from their G36. They also changed part of the materials to aluminium alloy, which reduced the weight of the weapon.

In addition to that, they installed a cold hammer forged barrel to prolong its use and improved the rifle’s bolt and return mechanisms.

“In doing so, the HK416 should have become an alternative to the M4 and M16, having cured their issues with misfires, dirt and overheating. It was also meant to increase the already impressive accuracy and precision,” Aleksandrov adds.

Meanwhile, the ergonomics and the looks of the Colt have been retained. This meant they didn’t have to spend months on having military personnel to reacquaint themselves with the gun’s operation.

“Since 2004, the HK416 has been produced in batches for the U.S. Delta Force and Navy SEALs. It has actively been advertised on television, including on the Discovery Channel, but never managed to completely replace the M4 and M16 as a standard issue weapon of the U.S. Armed Forces. The reason is its price,” says Military Science Academy professor, Vadim Kozyulin.

According to him, there’s a 500 percent difference in price between the AK and HK416 already on the civilian market. And when you require arming an army numbering millions, that difference turns into a real issue.

“That’s why they’re used only by elite divisions - ones who used it to kill the 21st century’s main terrorist, Osama bin Laden. Or it’s bought by civilian shooters who have the money for a luxury toy,” the analyst adds.