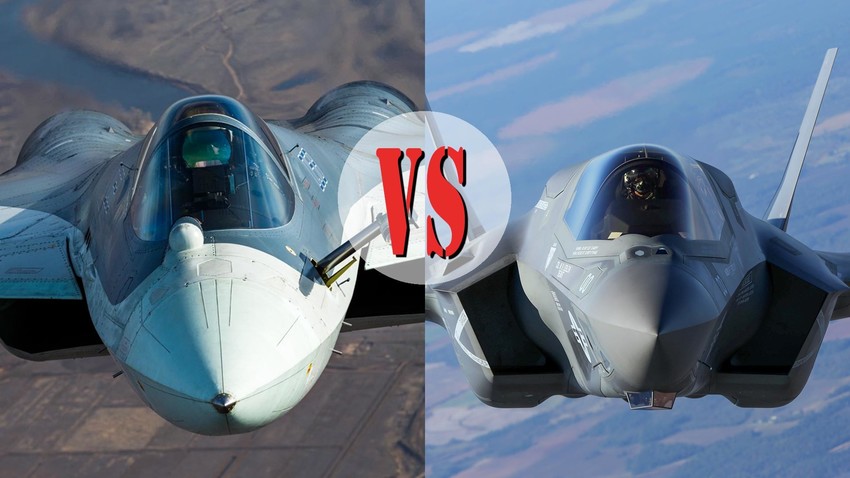 MOD Russia/Global Look Press; Public domain
These machines became masterpieces of the 21st century and have already shown their superiority during Syrian campaigns in battles with terrorist forces.

Both of these fighter jets were created to surpass the latest aerial defense systems of potential enemies and better succeed in aerial battles.

What the Su-57 is capable of 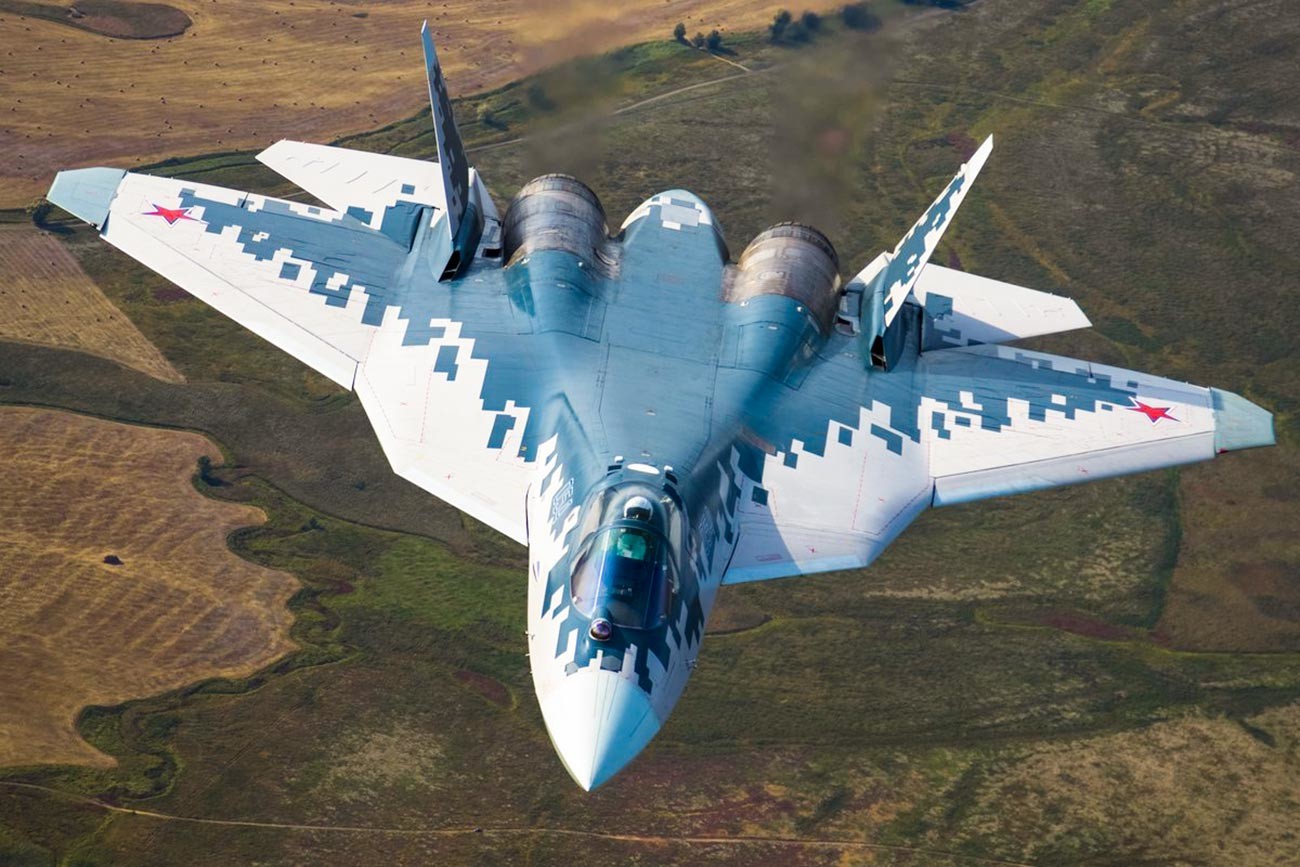 A Su-57 can accelerate to supersonic speed in dry thrust and can maintain this speed for the duration of the flight.

“It will be traveling at 1.6 Mach, which means around 2,600 km/h, depending on the nature of the locations being flown over. The engine will also significantly improve the Su-57’s low signature thanks to the use of new composite materials,” says Professor Vadim Kozyulin of the Academy of Military Sciences.

The Sukhoi company finished developing the airborne radar and also sorted out the remaining intricacies involved in the design of the airframe, which, according to the expert, is the most up-to-date among all existing fifth-generation planes.

The most up-to-date airplane must be equipped with the most state-of-the-art weapons. Thus, in addition to air-to-air and air-to-surface missiles and a 30-mm cannon, the plane will also get a whole range of bombs, which will not be suspended under the wings, but concealed inside the fuselage to minimize its signature on enemy radars.

Moreover, during the Syrian campaign, Russian troops tested some of the armaments that will be installed on fifth-generation fighter planes. Thus, the OFZAB-500 high-explosive fragmentation incendiary aerial bomb and the ODAB-500PMV fuel-air explosive aerial bomb are currently being considered for the Su-57.

At the same time, tests of all versions of armaments for the Su-57 are proceeding and these “hawks”' that are going to be armed to the teeth with the most up-to-date weaponry will enter the Russian Air Force very soon. So far, the Defense Ministry has ordered a batch of 76 Su-57s. 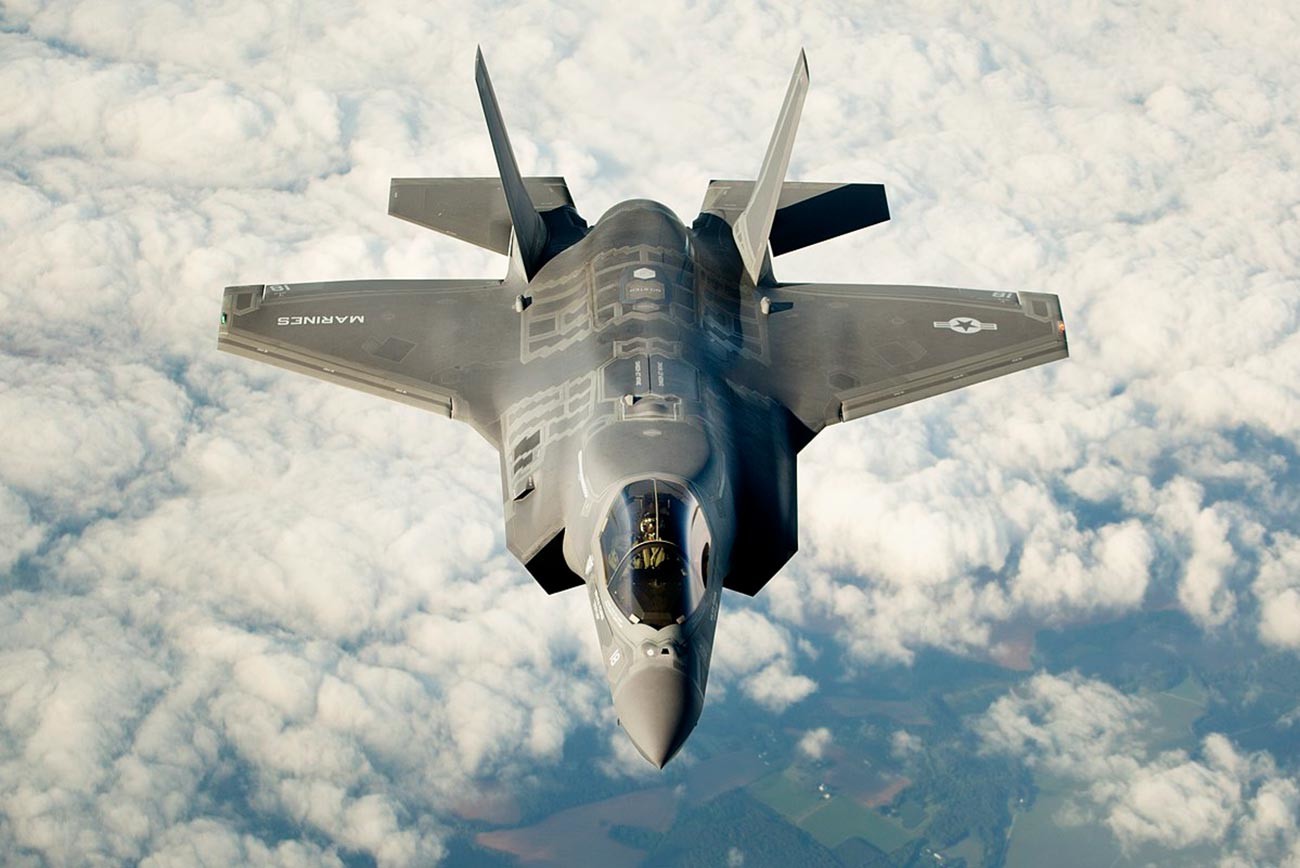 “With its advanced aerodynamic design and the ability to control the thrust vector, Sukhoi attaches great importance to supersonic cruising capabilities and supermaneuverability. And the concept of the F-35 fighter [jet] is aimed at ensuring an attack before the enemy detects its aircraft,”Russian media quotes the chief designer of the Shenyang Research Institute of Aircraft Engineering (China) Wang Yongqing.

He adds that while the American missiles will fly in the direction of the Su-57, the pilot will have a lot of time to get away from the strikes with the help of a new radar that can track missile launches from long distances.

Russian aviation expert Dmitry Smirnov also agrees with his Chinese counterpart. He draws attention to the fact that in the United States, stealth technology is constantly changing and the volume of its use in new aircraft is decreasing, including the F-35.

“For stealth technology, we have to pay for the deterioration of the flight and tactical properties of the aircraft with a catastrophic increase in its cost. The same F-35 pulls in $100-120 million! And the Russian Su-57 is worth about $35-40 million,” the expert notes.

The shortcomings of the F-35 in comparison with the Su-57 are weaker weapons, limited range, subsonic cruising speed and, worst of all – if detected, it is doomed, because it cannot evade an attack. This gives the best tactical opportunities for the main American jet’s  rival - the Su-57.

In turn, American experts say the main drawback of the Su-57 is its radar visibility. But there is still no reliable information about the reflective surface of the 5th generation fighters (both F-35 and Su-57).