Tu-114: The history of the USSR’s flagship aircraft 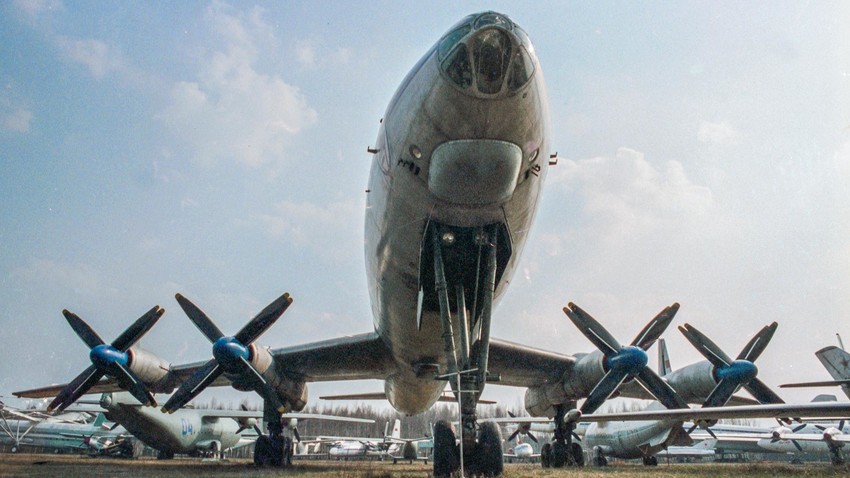 Nikolay Akimov/TASS
This plane became the largest transport plane in the mid 20th century, but was only in operation for 20 years. Why?

The Tu-114 is a long-haul aircraft, which is made for the transport of passengers and is equipped with turboprop engines. It was designed in the mid-1950s on the basis of the Tu-95 bomber. The aircraft was in production for four years. During all this time, 31 aircraft of this class were built.

History of the TU-114 aircraft 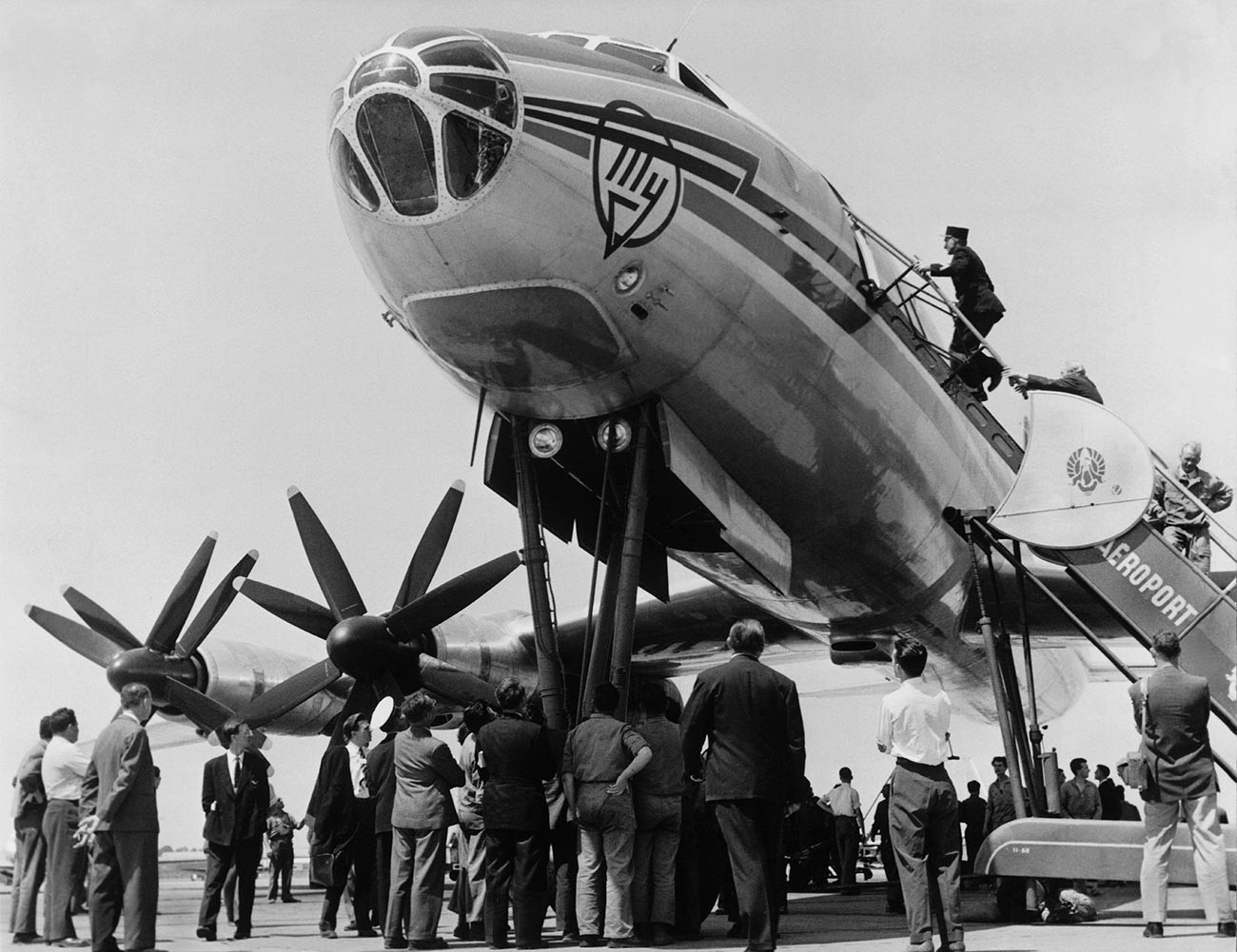 It became clear to the designers that the future belongs to jet engines and jet aircraft. Despite this, the leaders of the state in the early 1950s decided to create a high-speed passenger vehicle using a turbofan power plant. The Tupolev Bureau began developing a new aircraft in early 1955, after a corresponding decree.

The development of this project took place quite quickly, so the new aircraft was ready in just 1.5 years, and the plane made its first flight in the late autumn of 57.

The Tu-114 had no equal in the world in terms of the number of passengers that could be accommodated on board and, until the early 1970s, the Tu-114 was the largest passenger car. Due to the fact that the aircraft was a low-wing, the designers equipped it with a fairly high chassis, which was not found in any aircraft of this class. This landing gear system also brought its disadvantages to the aircraft.

Design features of the Tu-114 airliner 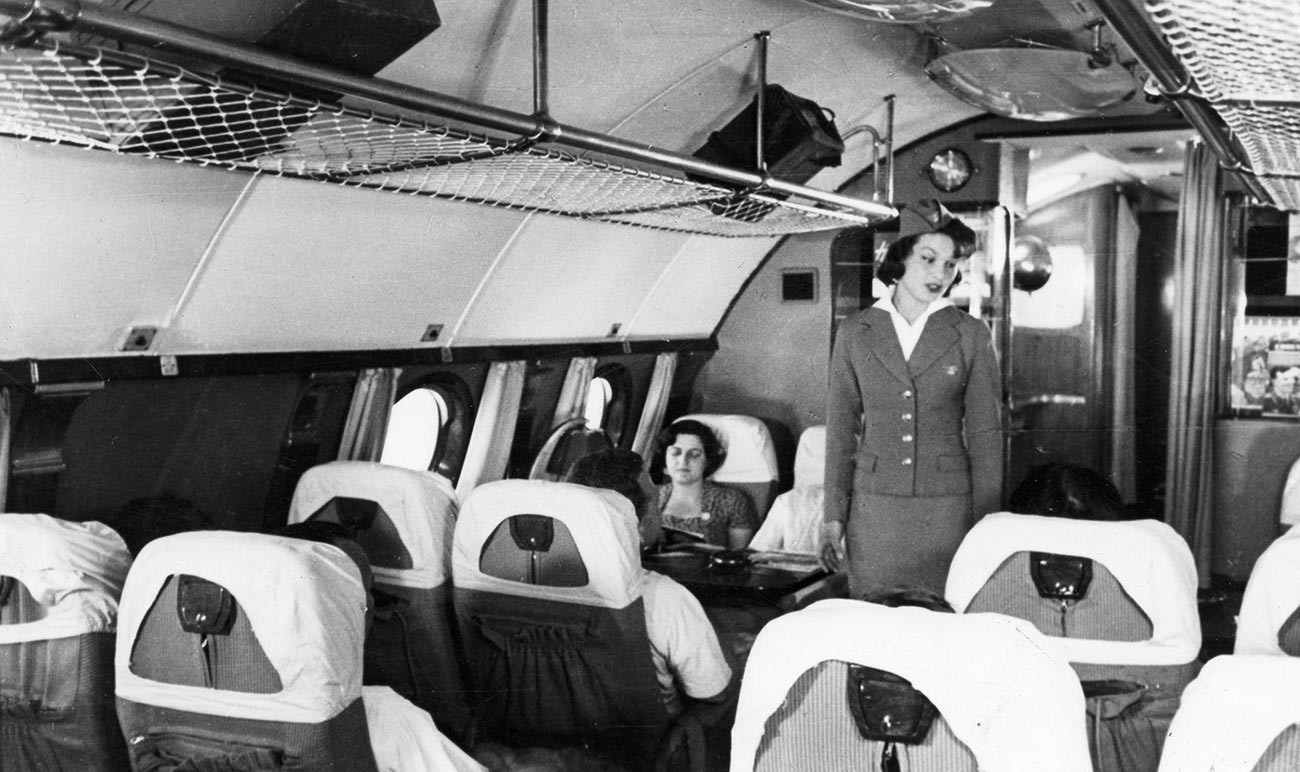 The aircraft is made as a low-wing aircraft, equipped with swept-back wings, on which four engines are installed. The power plant of the device consists of turbofan engines. Each is equipped with coaxial screws that rotate against each other. The entire power plant of the machine produces 60 thousand horsepower at takeoff, while the aircraft remains quite economical and uses about 5.6 tons of fuel in the first hour of flight.

As for the fuselage, in the Tu-114 it is two-deck and connected by a ladder. The upper deck is a passenger cabin, where passenger seats are installed, and, on the lower deck, there are two cargo compartments and a kitchen. The lower deck also has a lounge for the crew of the aircraft. 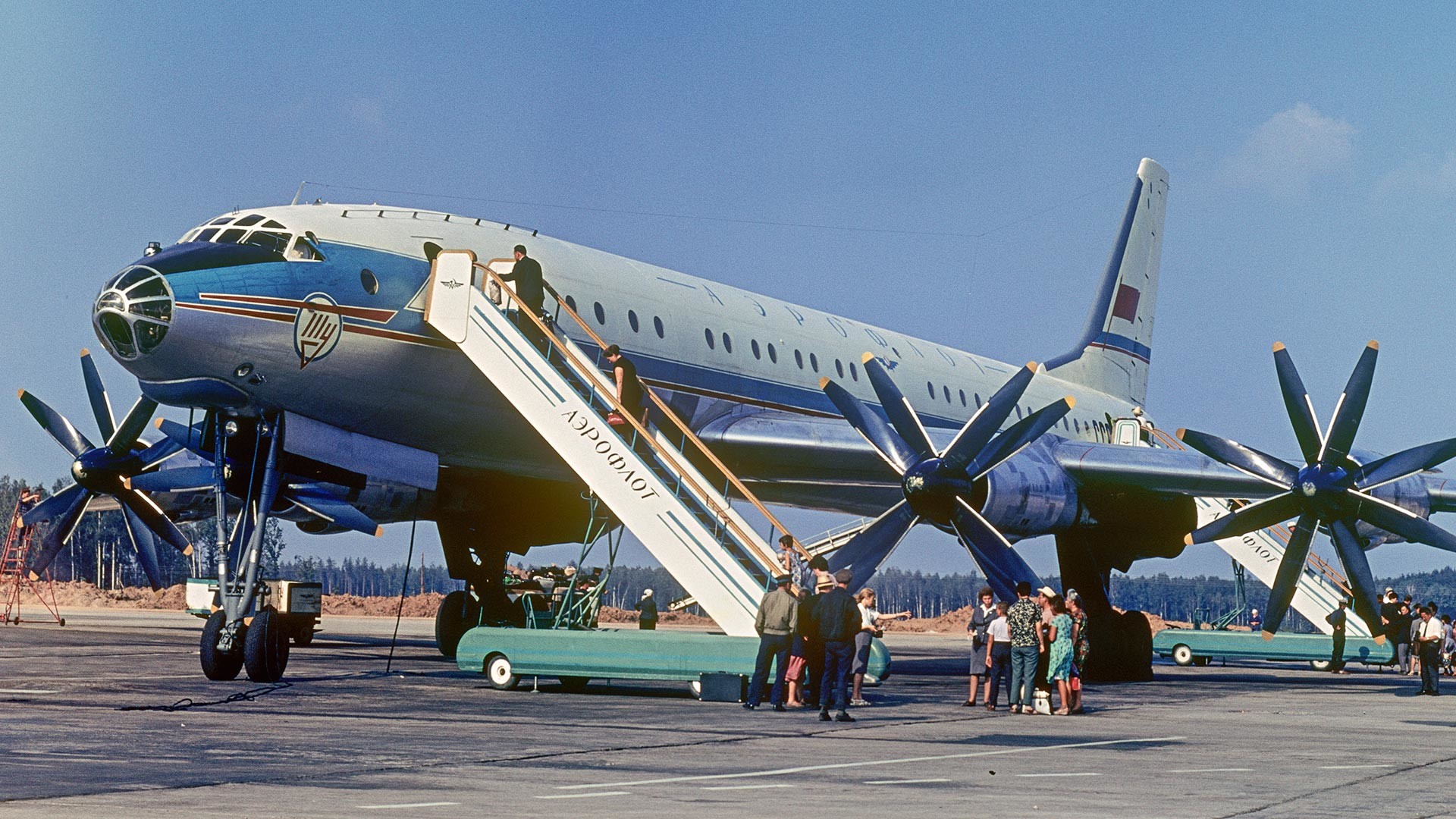 “It had a number of setbacks with its turbo-propeller engines. First of all, its propellers and engines vibrated so hard and made a lot of noise - it was pretty uncomfortable for passengers. Secondly, the fuel system was imperfect. And that’s probably the biggest case,” says Dmitry Litovkin, editor-in-chief of 'Independent Military Review' magazine

As he noted, practical exploitation showed that fuel tanks inside of wings were too fragile and were damaged during flight. “This could have led to an explosion of an engine and lead to a tragedy,” he adds.

“It also had high landing gear for servicing the aircraft, a fairly high ladder was needed, which was not used by any aircraft at that time. Sometimes even two ladders as it happened during the Krushcev's visit to the US,” the expert explains.

The Tu-114 was also very demanding compared to turbine planes. Exploitation expenses were higher compared to new appearing models on the market and it was commercially more effective to acquire new turbine planes, rather than use the high-demanding and risky Tu-114.

Records of the Tu-114 aircraft 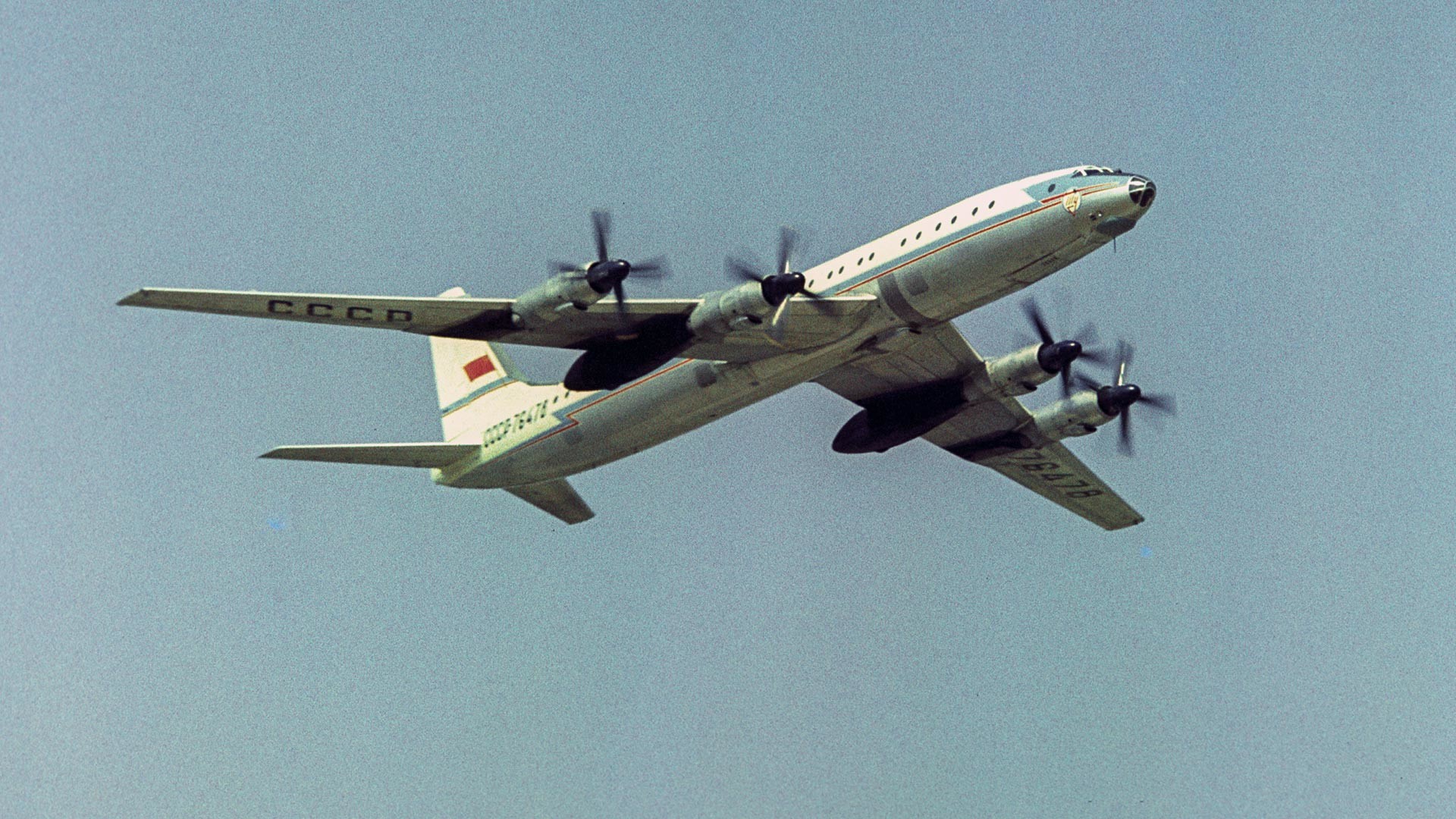 With the help of this plane, as many as 32 world records were set. They were obtained for the following achievements:

At the moment, there are no operating Tu-114s left in the world. Only three non-operational versions exist and all three are used as museum exhibits.

During its service life, only two Tu-144s crashed. The first accident occurred during takeoff. At the same time, the plane caught its landing gear on a snow parapet, after which it hit the nose on the runway. More than 20 passengers were killed, but several people managed to survive. The second accident occurred due to a mechanic's error, after which the nose landing gear was folded and the aircraft was heavily damaged.