The most monumental hydropower plants built in Soviet times (PHOTOS) 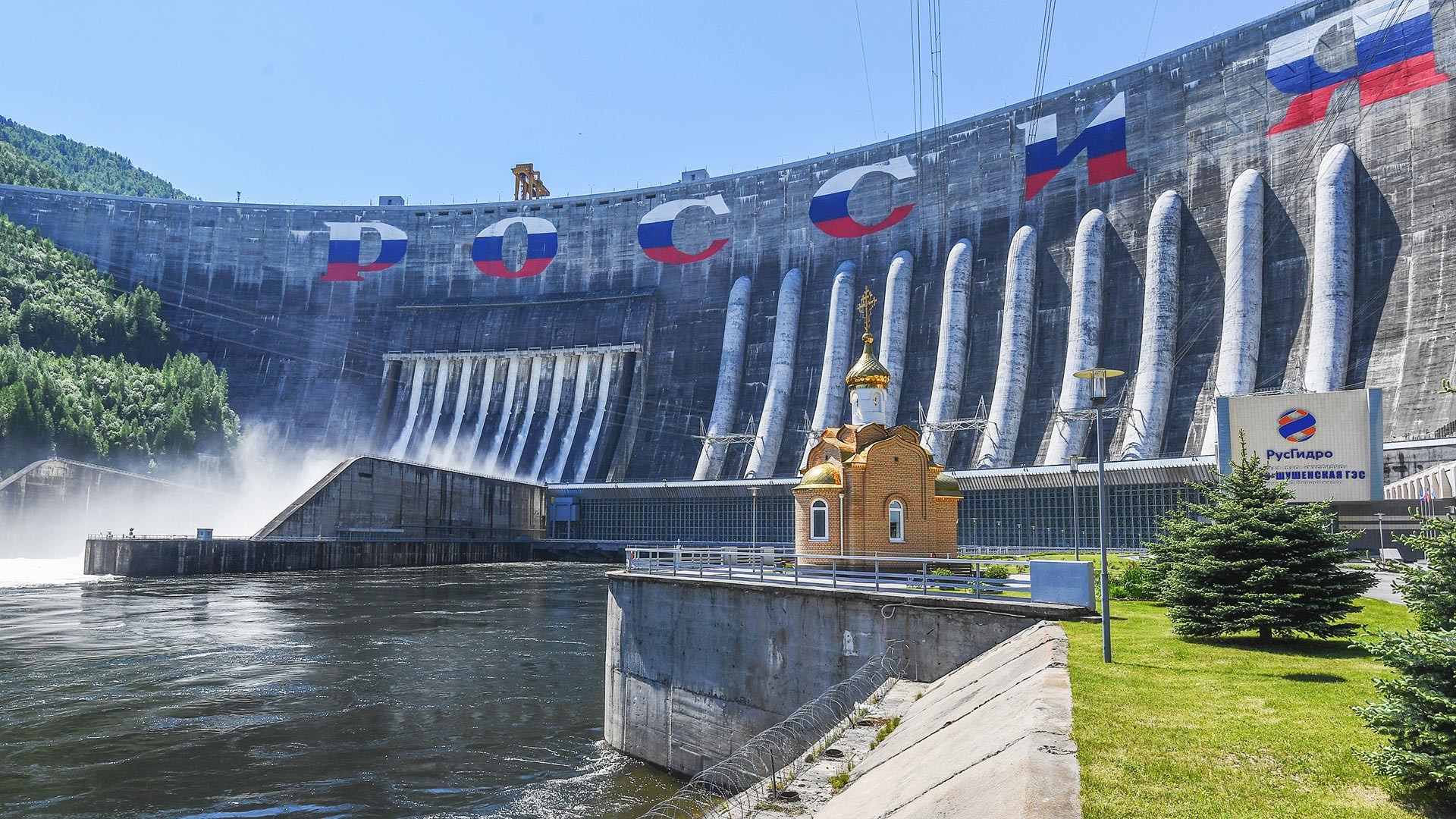 Ilya Naimushin/Sputnik
The Soviet Union had dozens of gigantic hydroelectric power plants that were built to supply electricity to industrial enterprises and entire cities. Even now, some of these remain among the world's most powerful. 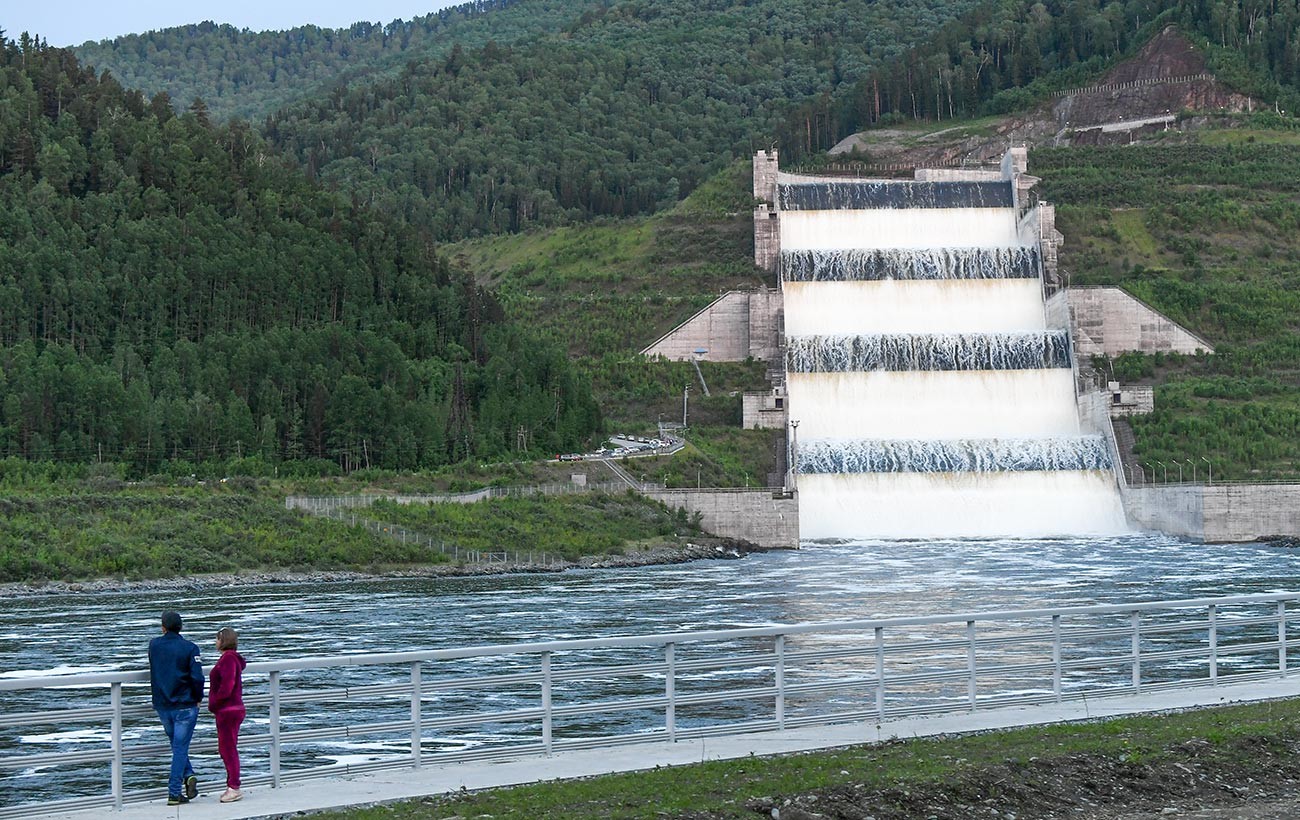 Russia's largest power plant is located on the Yenisei River in Khakassia. Its 242-meter dam is considered one of the tallest in the world. The hydropower plant was built over 37 years, from 1963 to 2000, although its first power unit was launched in 1978. The structure of the dam was designed by Leningrad engineers to be especially solid and long-lasting since the plant is located in a seismically active zone and must withstand strong vibrations. They say that the amount of concrete used in the plant’s construction would be enough to pave a road from Moscow to Vladivostok. Water discharges from the dam into the Yenisei look very impressive and are even something of a tourist attraction. 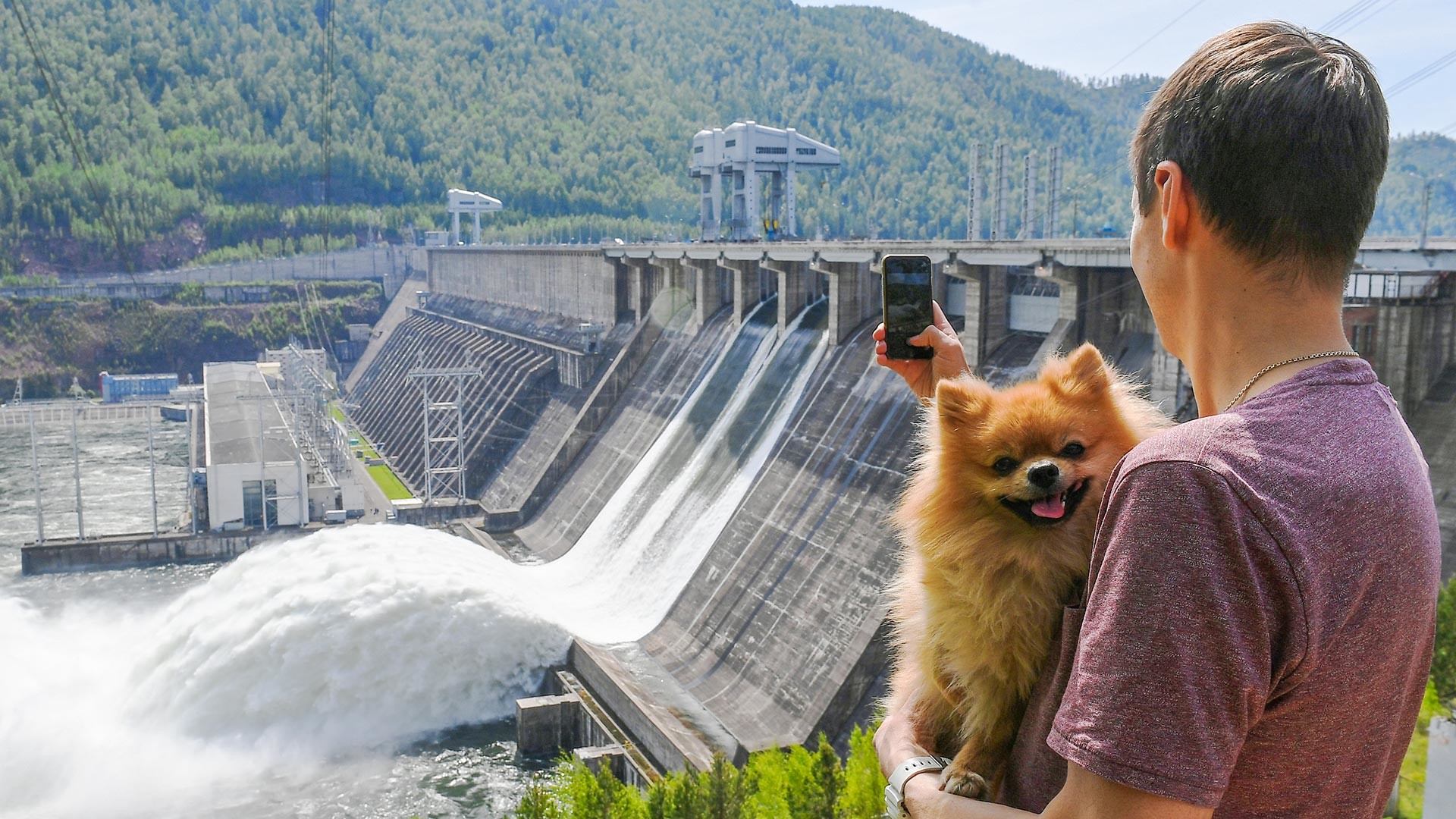 The 10-ruble note carries a depiction of this unique hydroelectric power plant located near the town of Divnogorsk in the Krasnoyarsk Territory. Built between 1955 and 1971, at the time of the plant’s launch it was the largest in the world and is still the second largest in Russia. The hydroelectric power plant has significantly influenced the water temperature in the Yenisei in the surrounding area, to such an extent that the river no longer freezes even in harsh Siberian winters.

Russia's only ship lift is also located here, allowing vessels ranging from small ships to large barges to enter a special platform on rails and be transported upward, much like a funicular. 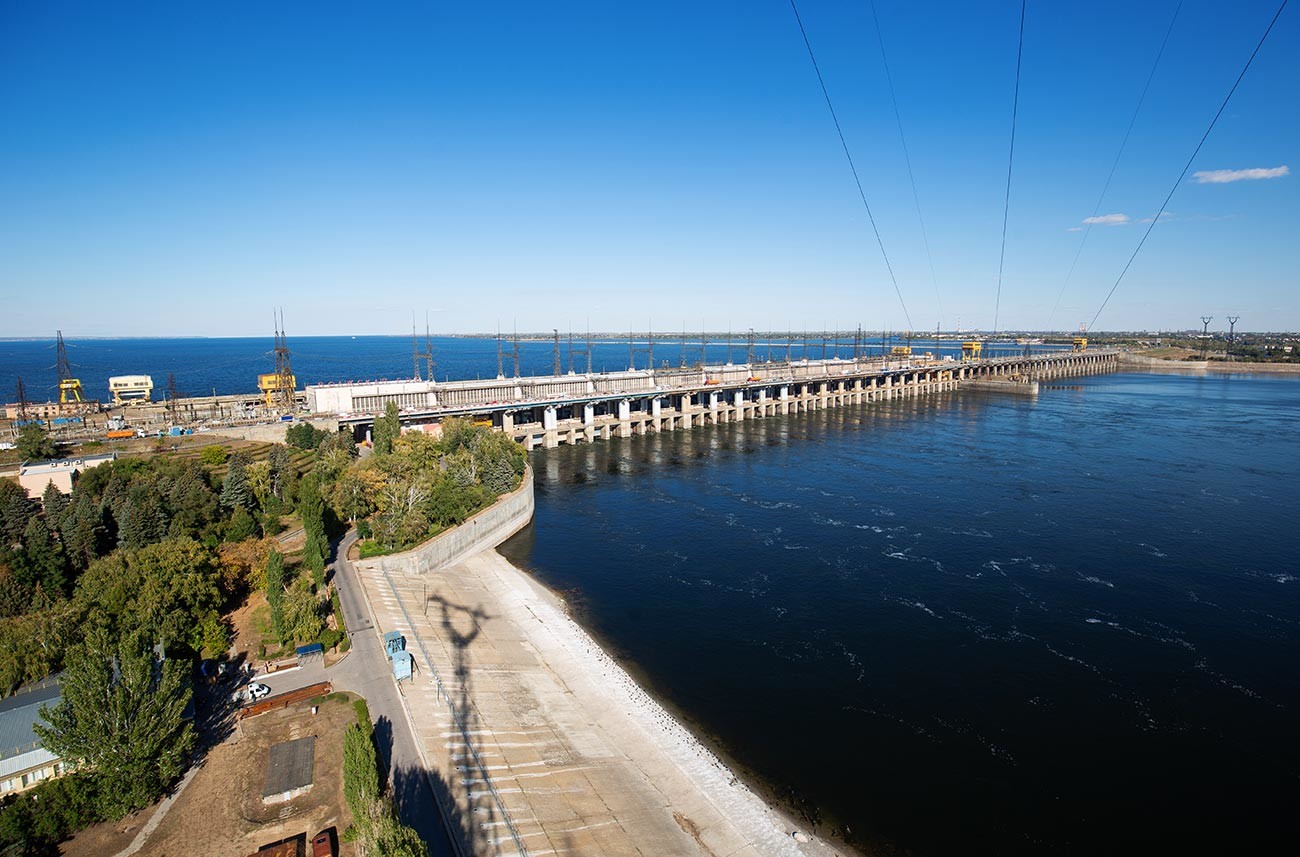 The construction of this hydroelectric power plant near Volgograd was one of the “Great Construction Projects of Communism,” and 30,000 people worked here each year. At the time of its launch in 1963, it was the largest hydropower plant in the world.

A road and a railway go across the top of the dam, which makes for the shortest route connecting different parts of the Volga region. A sturgeon hatchery was set up here in an effort to compensate for the environmental impact caused by the construction of the hydropower plant. 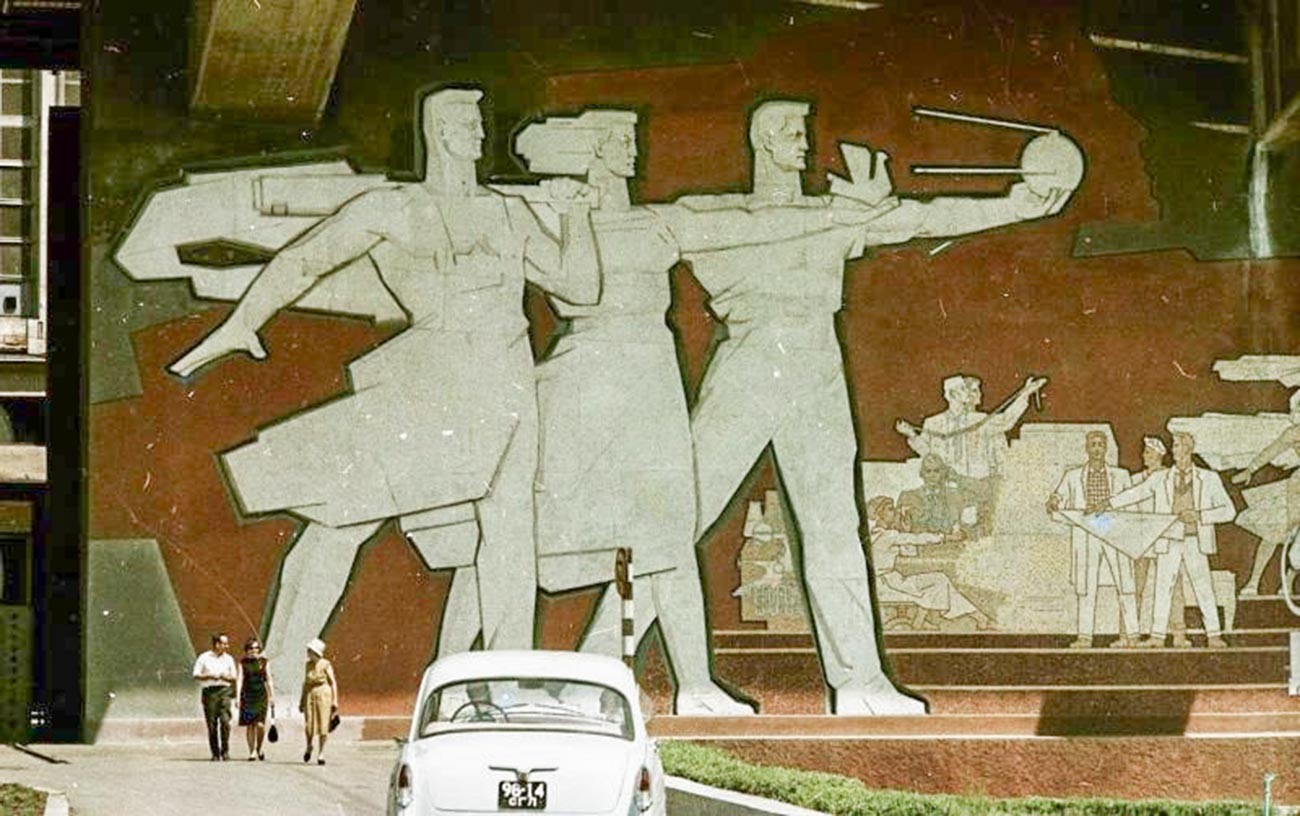 The Volga HPP is decorated with monumental mosaics and panels, making it quite remarkable from an artistic point of view as well. 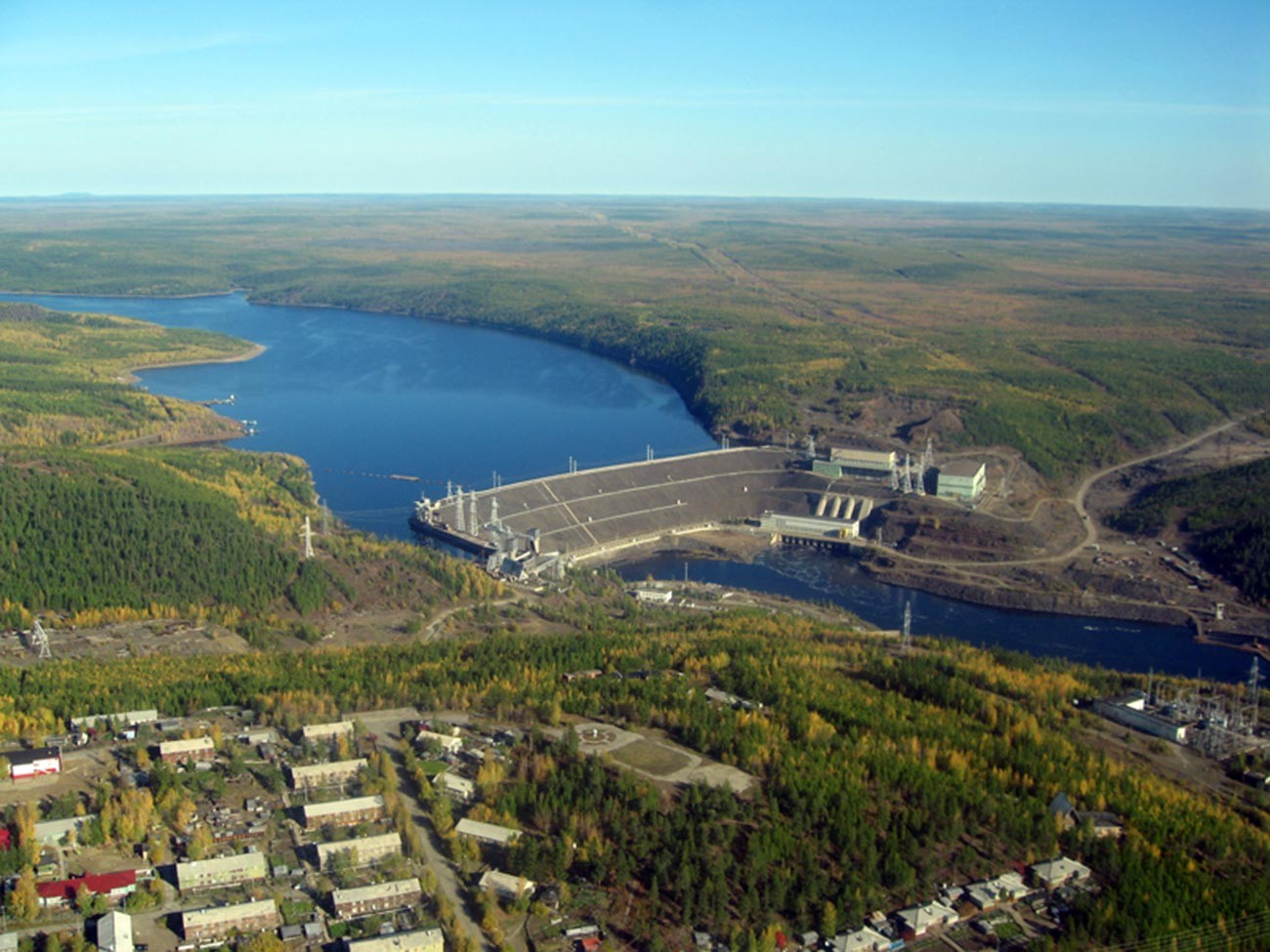 The world's first hydroelectric power plant to be built on permafrost is located on the Vilyui River in Yakutia. Its construction facilitated large-scale diamond mining in the region after Soviet geologists discovered that rich diamond deposits were tucked away in this remote area far from civilization. No form of energy other than hydropower could work here. The construction process was extremely difficult since there were no roads or settlements, just permafrost, and temperatures during the winter dropped to 60 below zero. But despite these challenges, all of the plant's power units went into operation in the mid-1970s. Nowadays, the settlement set up by workers who built the plant has about 4,000 residents. Following this project’s success, other Soviet hydroelectric power plants were built on permafrost too.

The most powerful of these is the Kolyma HPP, which is located 500 km from Magadan and generates around 75 percent of the region's electricity. Originally, the plan was for the plant to be built in the 1930s, but the construction was considered too costly at the time. The final project was approved in 1970, but there were numerous delays due to the difficult soil and harsh climate, and construction was officially completed only in 2007. Before the hydropower plant, there was nothing here and the nearest road was 40 km away. Now there is a settlement with a population of 2,000 people situated nearby. 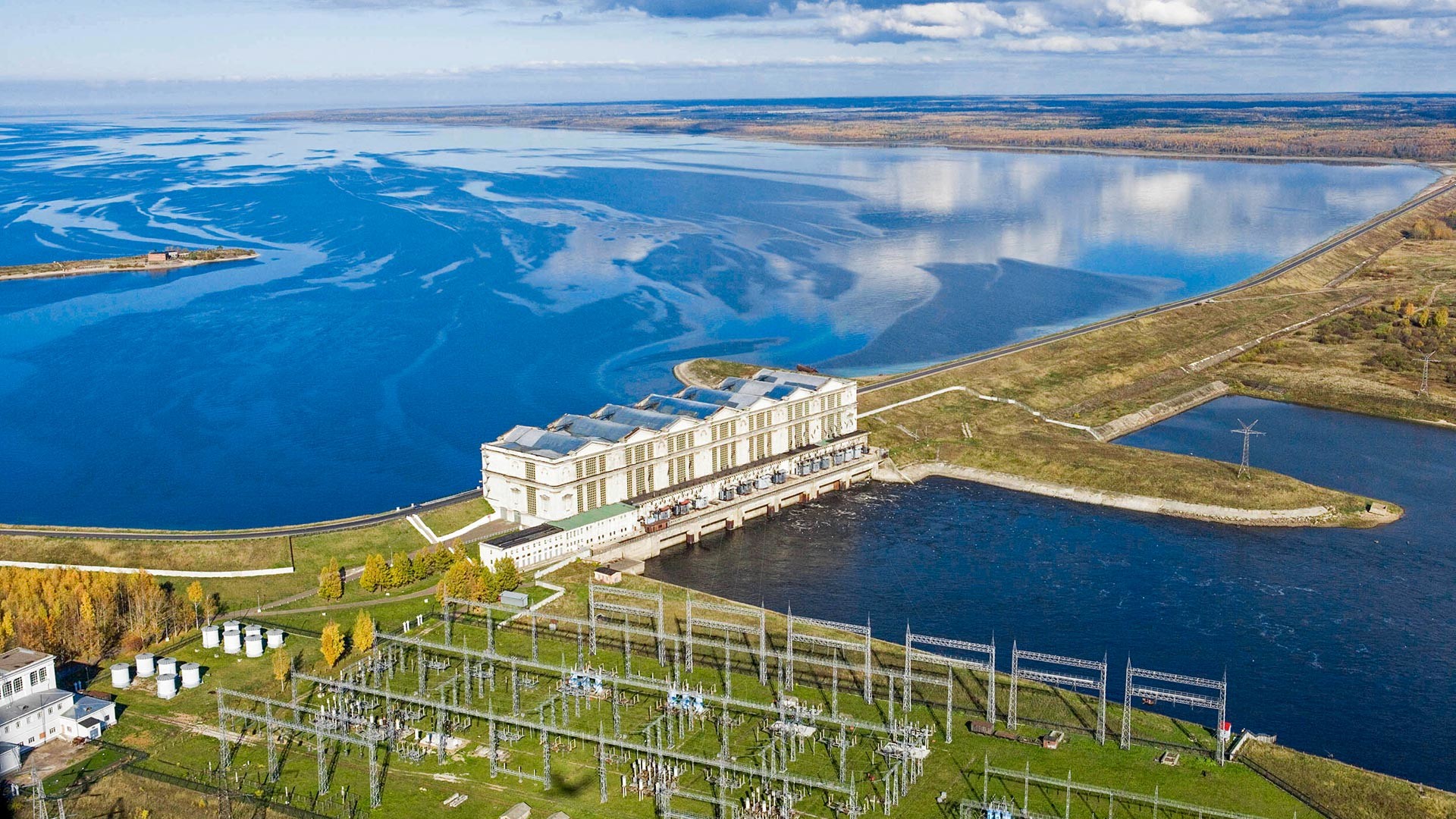 The building of this hydroelectric power plant (built from 1935 to 1955) and its locks are today considered an architectural monument. It is located in the city of Rybinsk on the Volga. 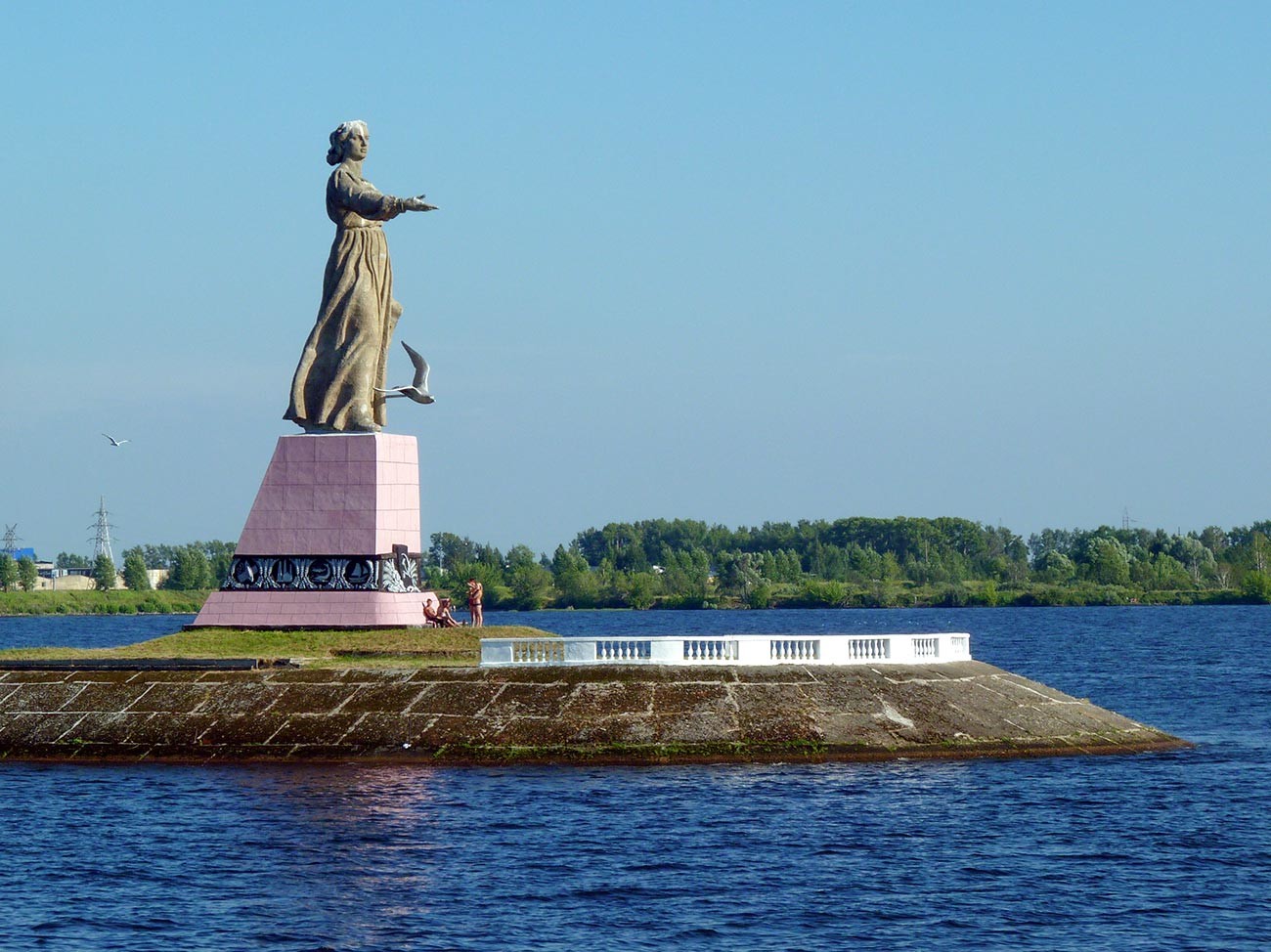 To build it, around 10 percent of the Yaroslavl Region was flooded, including forests, agricultural land and people's houses. In addition to small villages, the flooded area included an old trading town called Mologa, which from time to time still appears from under the water, revealing what remains of its foundations and streets. 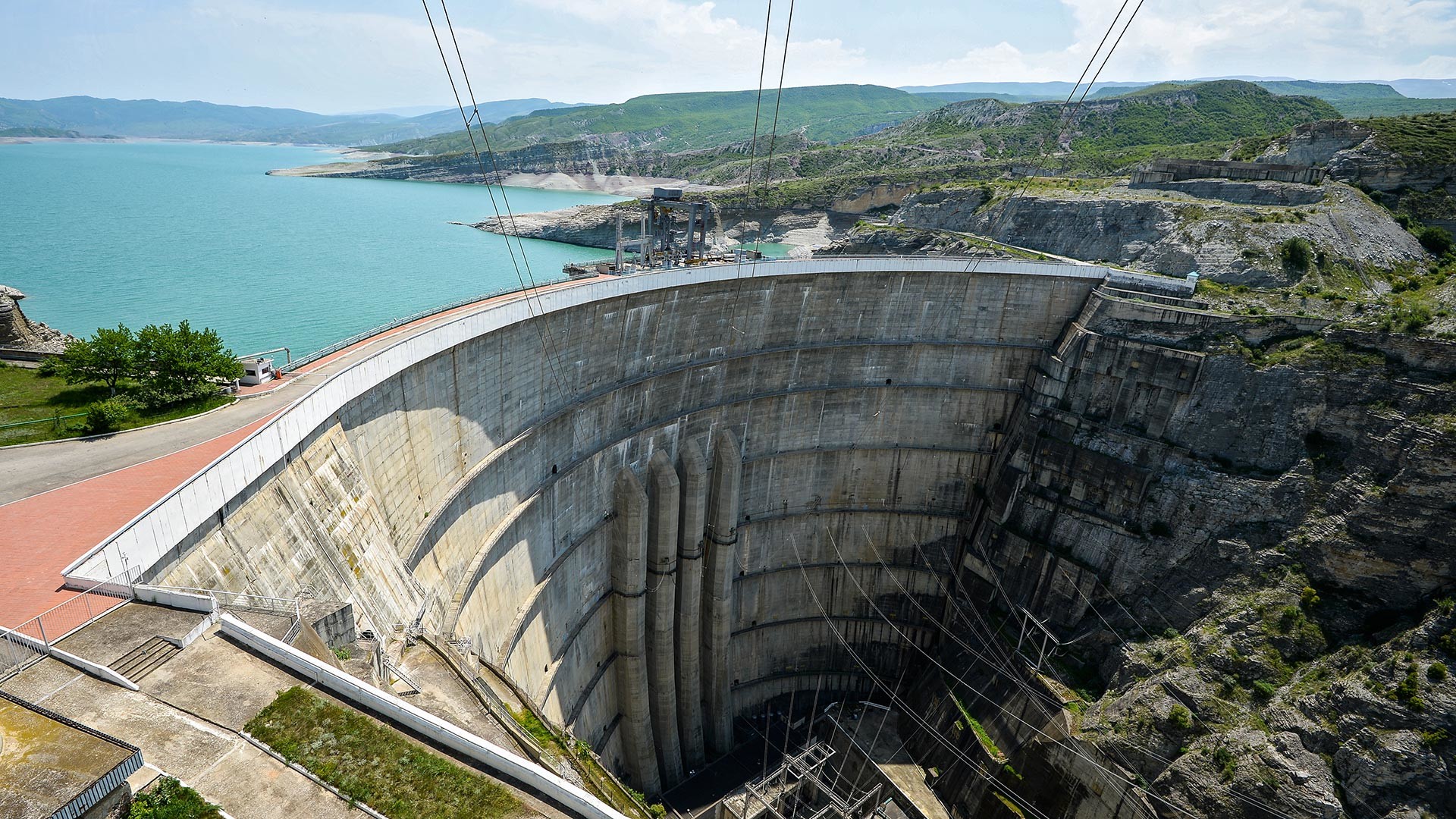 This hydroelectric power plant in Dagestan is the most powerful in the North Caucasus. It was built in the 1970s in a narrow and extremely steep gorge, and its dam is considered the second highest in the country. Sitting on the turquoise waters of the Sulak River, the plant looks very picturesque and attracts many tourists.