What happens with abandoned factories in Russia? (PHOTOS) 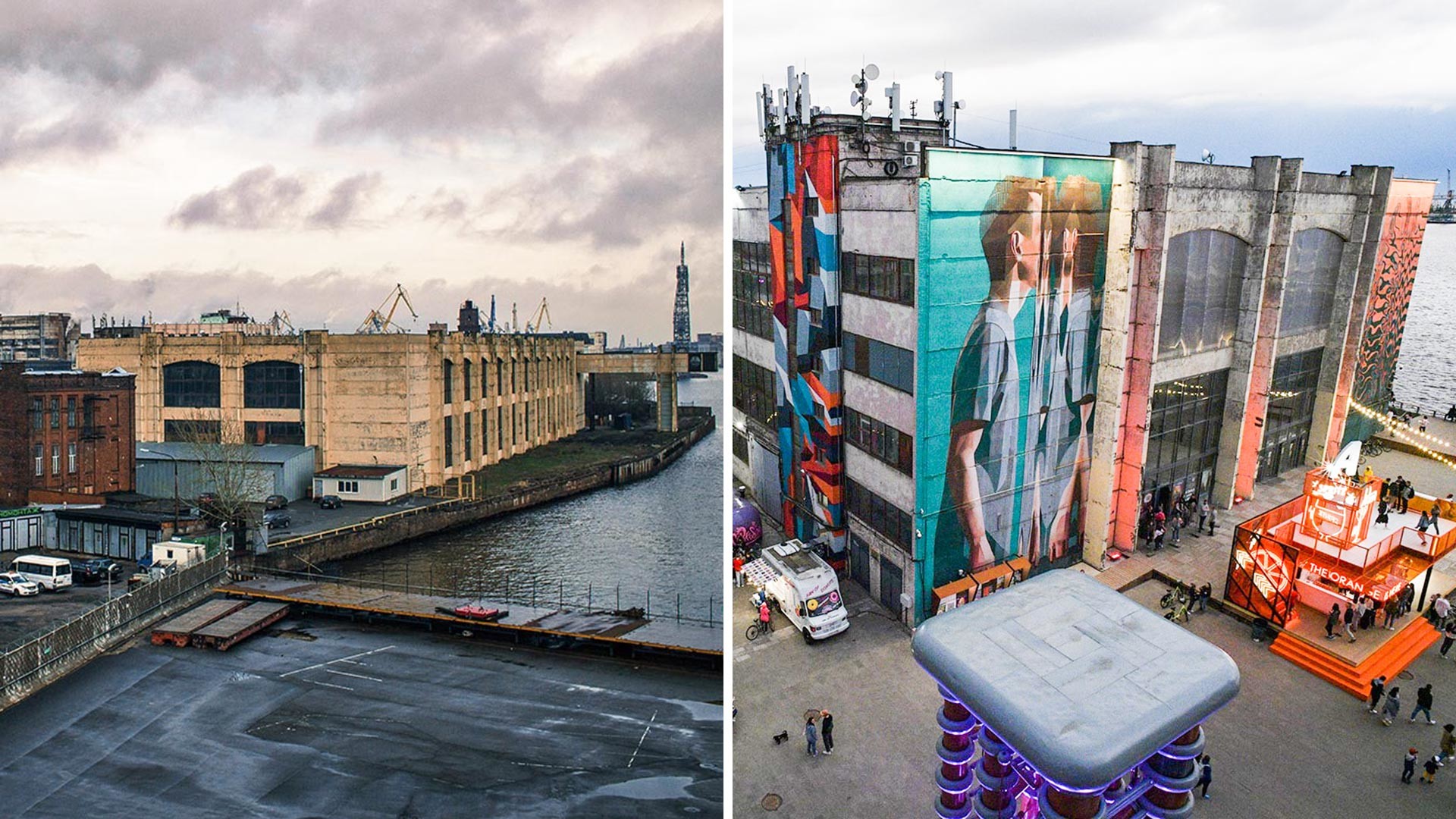 Bene Riobó (CC BY-SA 4.0); Alexander Galperin/Sputnik/Sputnik
An old factory on the shores of the Gulf of Finland in St. Petersburg has become one of the city’s biggest cultural attractions for locals and visitors alike. More and more often, when you peek behind Russia’s gloomy industrial facades you will find places bursting with life. And there are many similar examples all across the country. 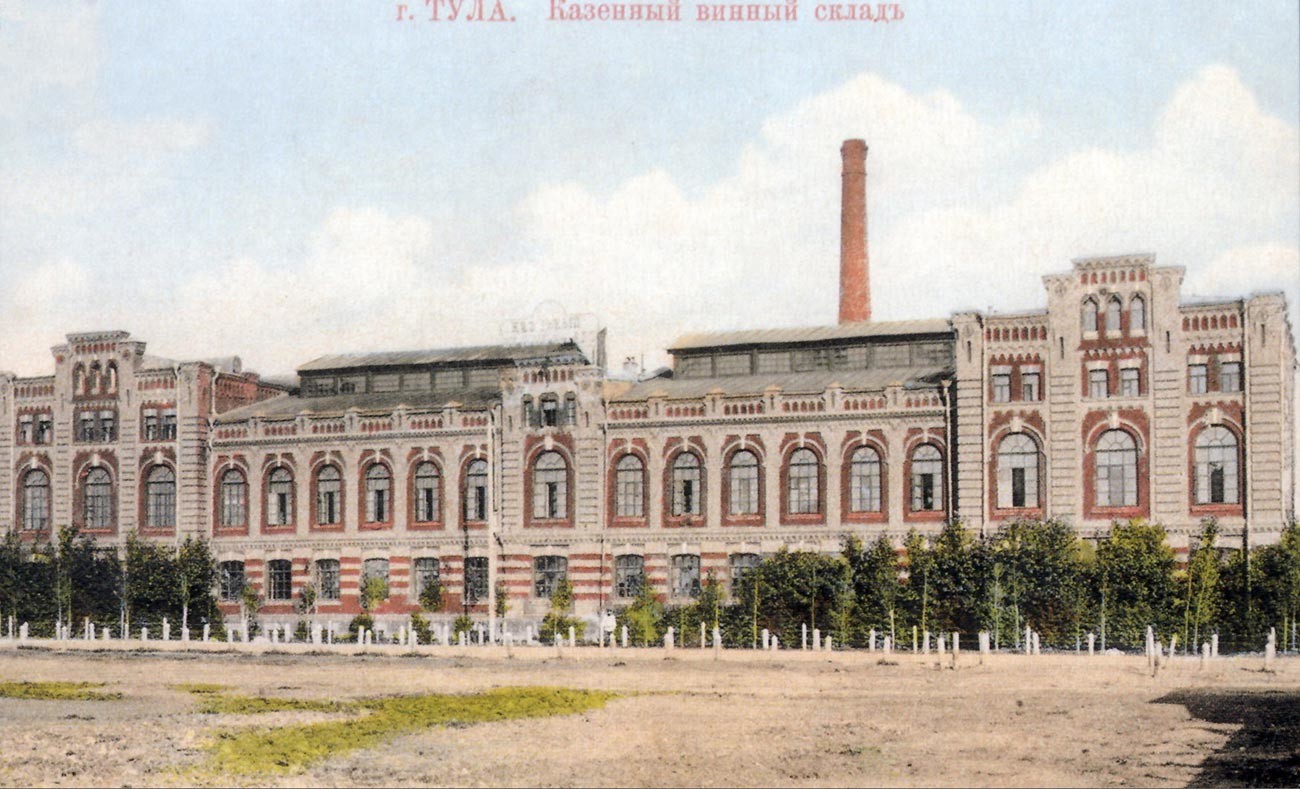 A former distillery in Tula has become a favorite recreation spot for local residents. The plant was built in 1903 and produced alcohol until the late 1990s, when, unexpectedly for everyone, it went bankrupt. The decision was made to convert its old red-brick buildings into a shopping and entertainment center, and the outcome turned out to be far better than anyone expected.

The old wine warehouses are now filled with cafes, restaurants and trendy shops. The factory smokestack is covered with a huge portrait of Leo Tolstoy, whose Yasnaya Polyana estate is located nearby. The most frequently photographed art object here is a huge flea that Levsha is trying to smack with a shoe (a reference to Nikolai Leskov's story about a skilled Tula craftsman). It is not so much a flea as a space monster! 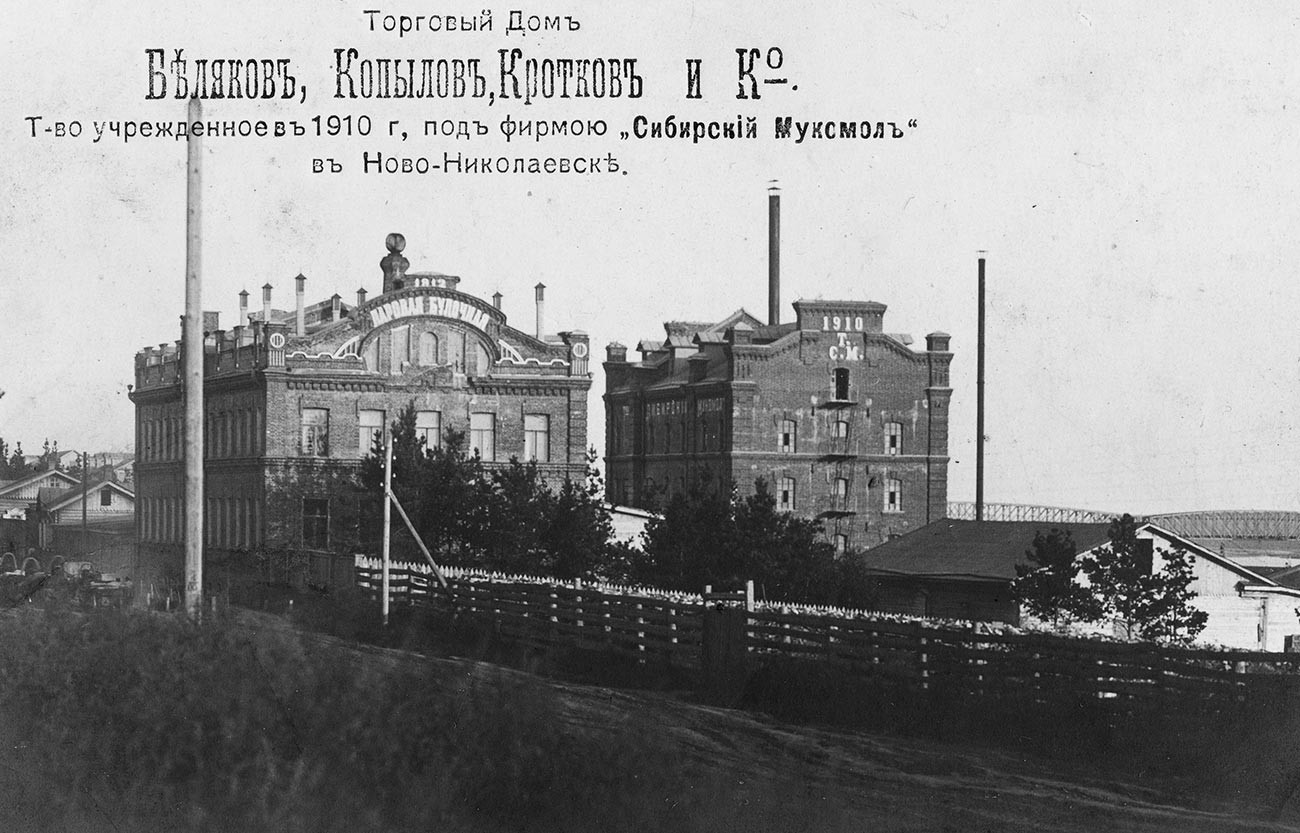 The neighborhood surrounding a flour mill in Novosibirsk has turned into a center of modern design and furniture showrooms. In 1910, the five-storey mill was one of the first brick buildings in the city (which was called Novo-Nikolayevsk at the time). It produced pasta, bread rings and bagels.

The pasta factory is still here, but the building of the mill, which had not been used for a long time, has been handed over to young designers. The original walls have been preserved, but new floors have been added and the interior has been completely redone. It now serves as a venue for various design-related events. 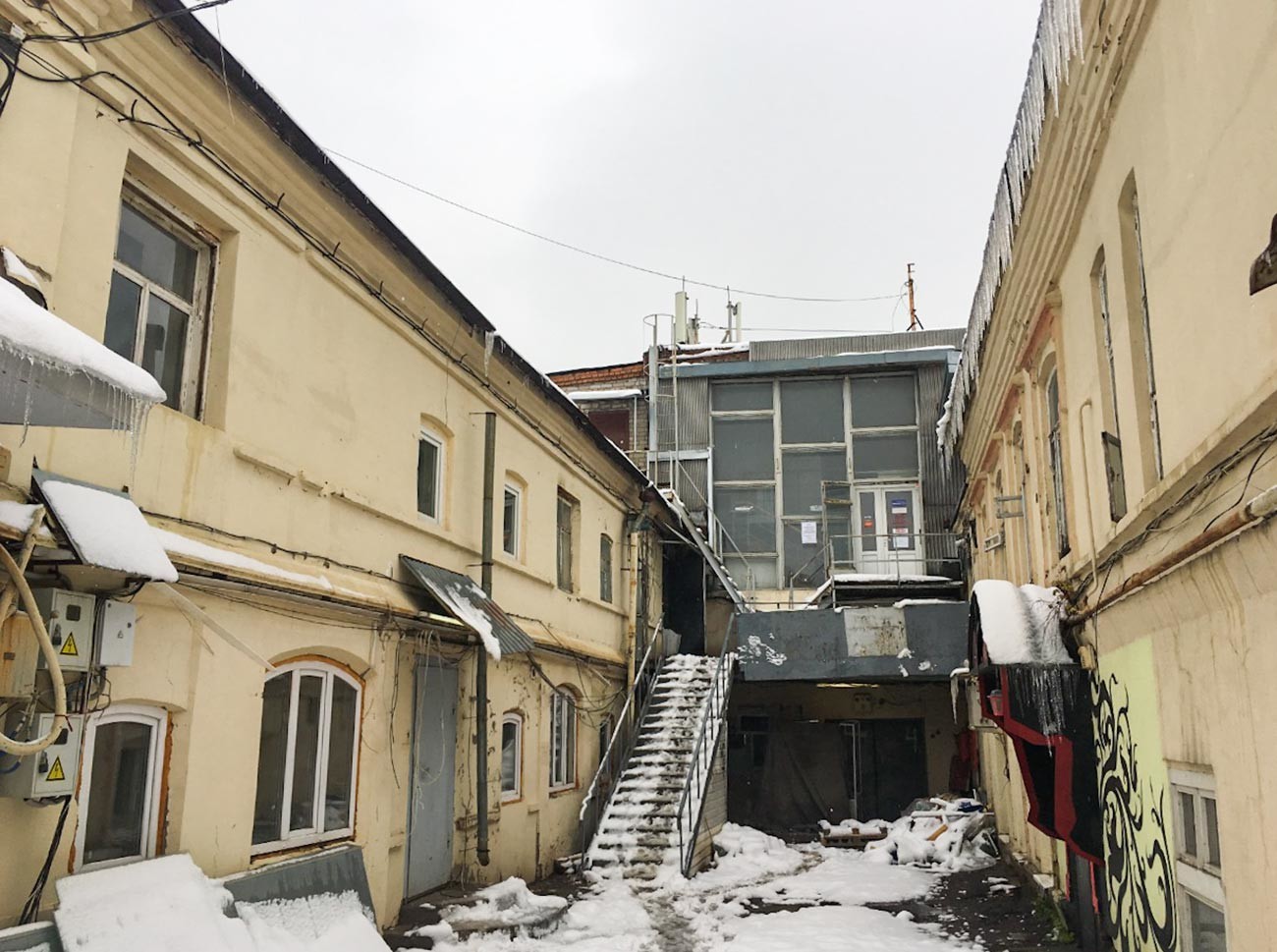 The Art Quarter public space describes itself as “the center of Ufa that never was.” Just several years ago, it housed an old tea-packing factory, a shoe factory and a printing house, which with time had fallen into disrepair. The image of disuse and neglect they projected was compounded by decrepit warehouses and the peeling facades of garages. 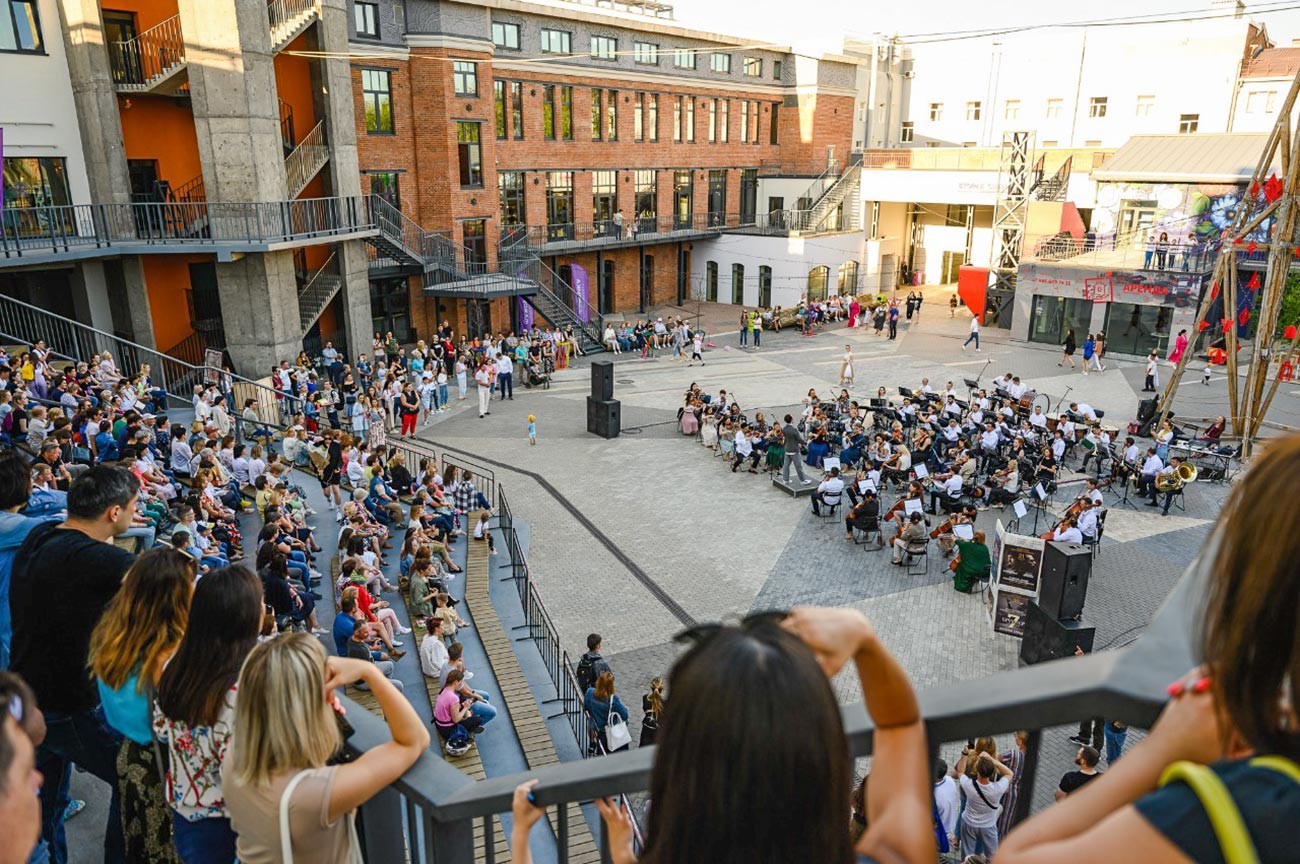 The Art Quarter has united several buildings in the historical part of the city into a single space, dividing them into squares. These include a large area for outdoor events, an amphitheater, a park with benches and sports grounds where you can enjoy a coffee in one of the numerous courtyards. The former factory buildings are painted with bright graffiti, while the second level consists of construction containers that will also soon be converted into an art space. 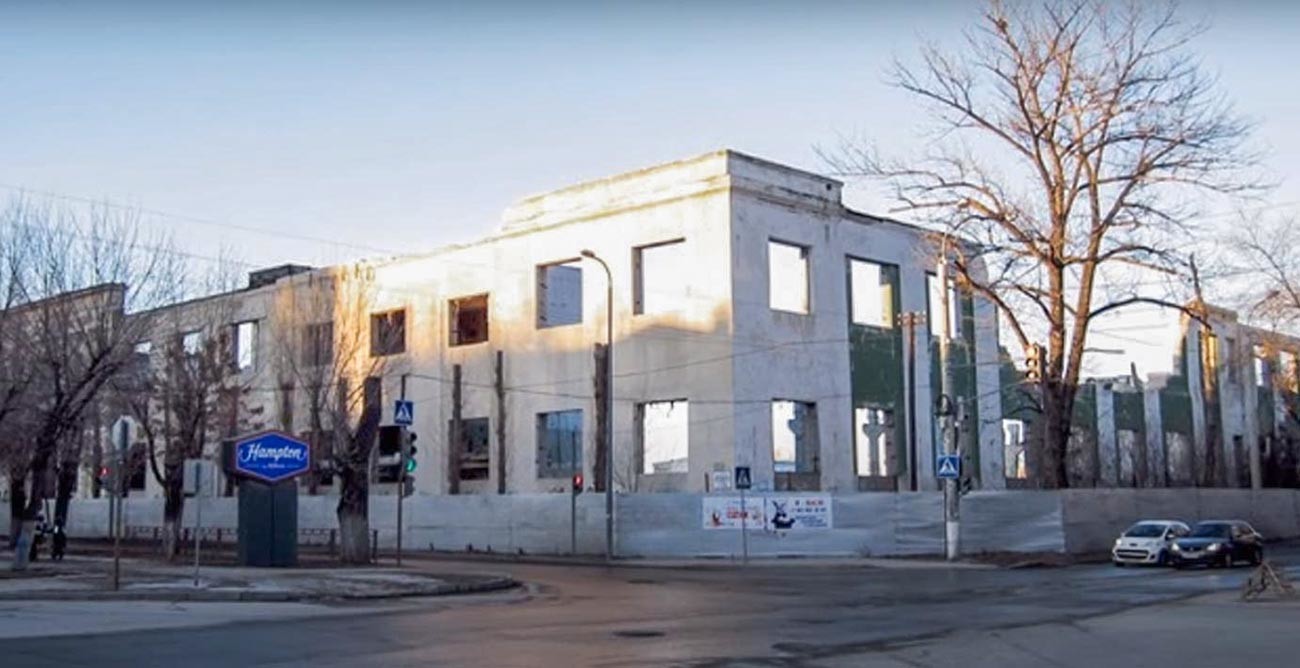 On the ruins of civilization/https://www.youtube.com

It might be hard to believe, but this modern hotel in Volgograd is a restored factory administration building. When the current owner came into its possession, the building was in a depressing state with boarded-up windows and dilapidated facades, while the soil beneath the building was beginning to sink. 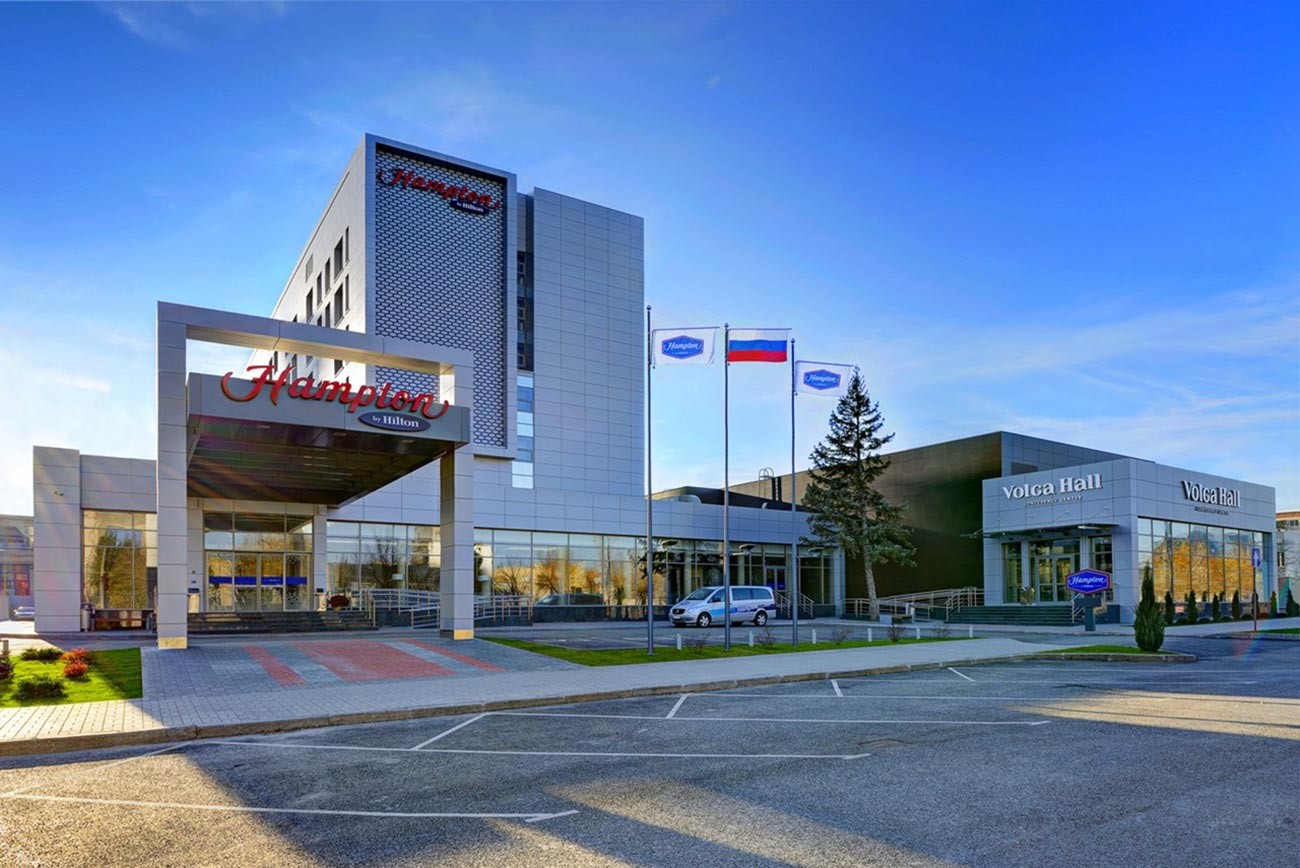 At first, the architects planned to demolish it, but in the end they managed to resolve all its issues, turning this Soviet-era building into a luxury hotel. 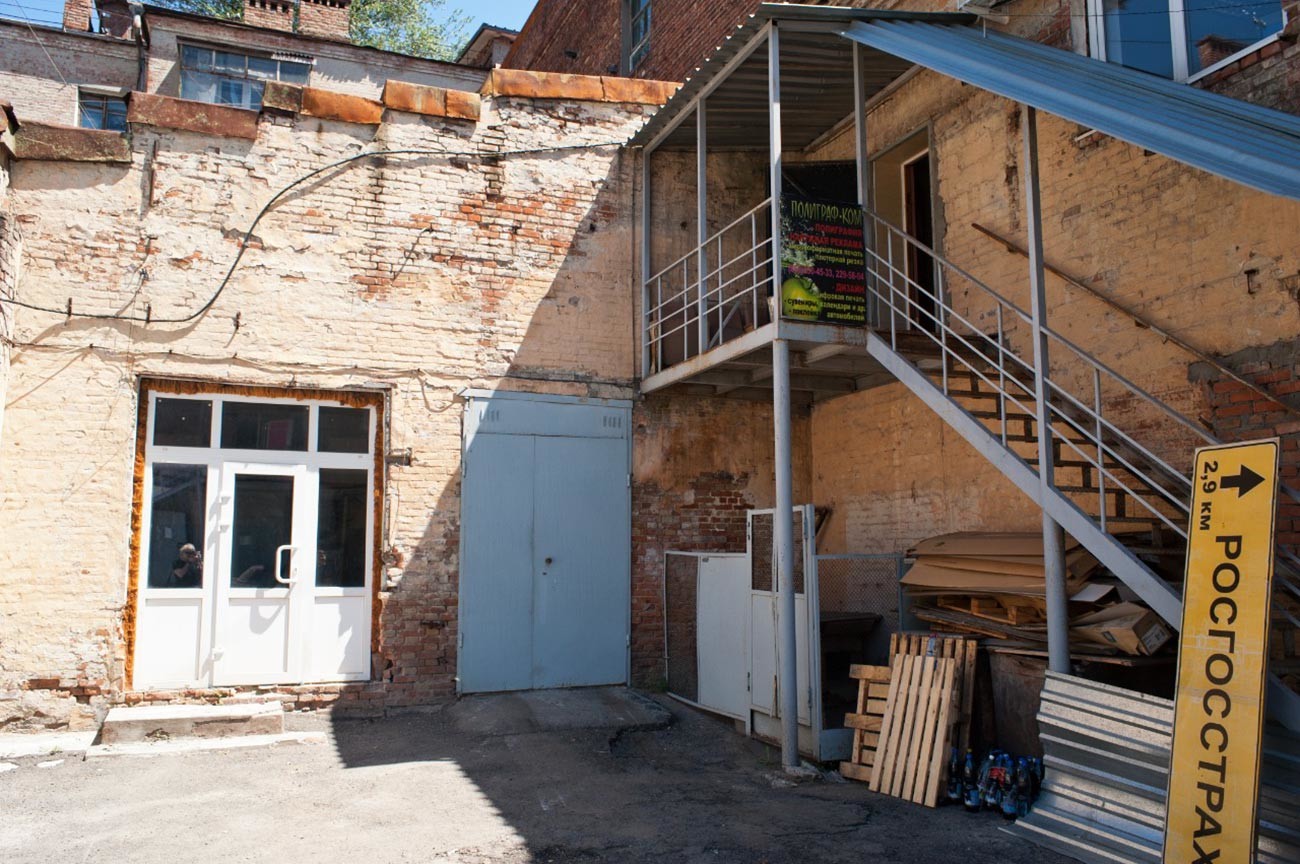 This pasta factory operated from the 19th century until the mid-2000s. After this, it stood abandoned for some time before becoming a place popular with young artists. It now houses an experimental theater, an exhibition hall and numerous shops and cafes. 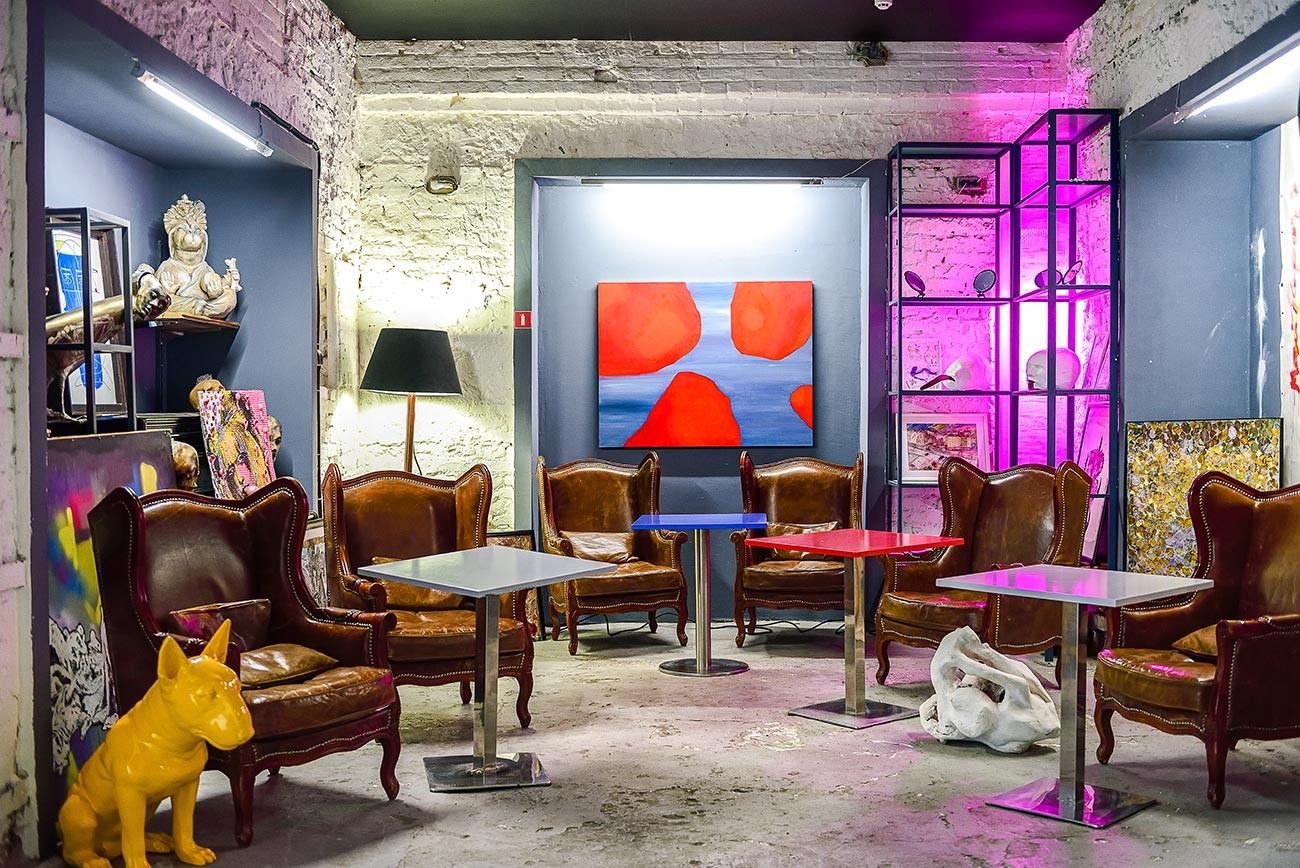 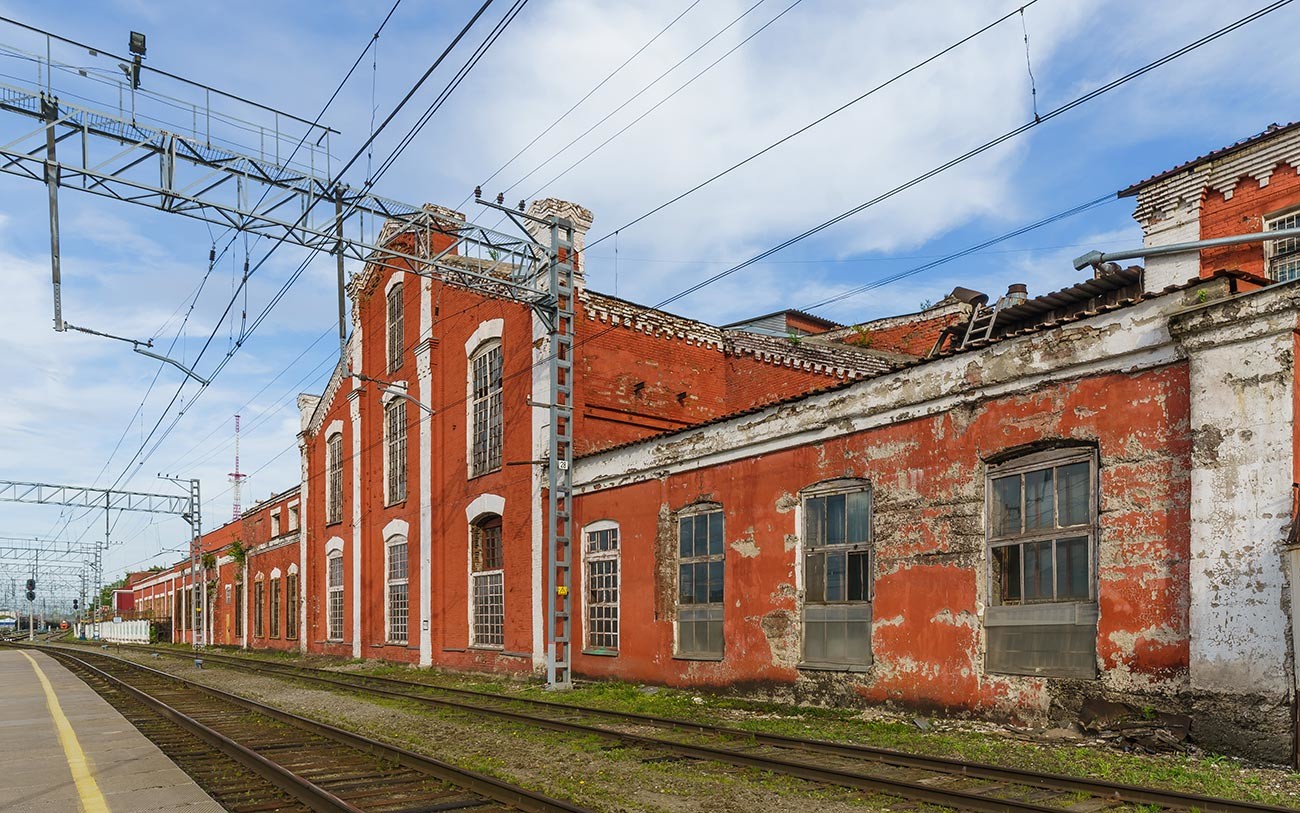 This building, which once housed a repair plant, now serves as a venue for the Diaghilev Festival of Theater and Music, a tour guide school and various exhibitions. The reconstruction of the plant was supervised by SPEECH, a prominent Moscow design bureau. In the future, the building is expected to house a contemporary art gallery, PERMM, and a library. 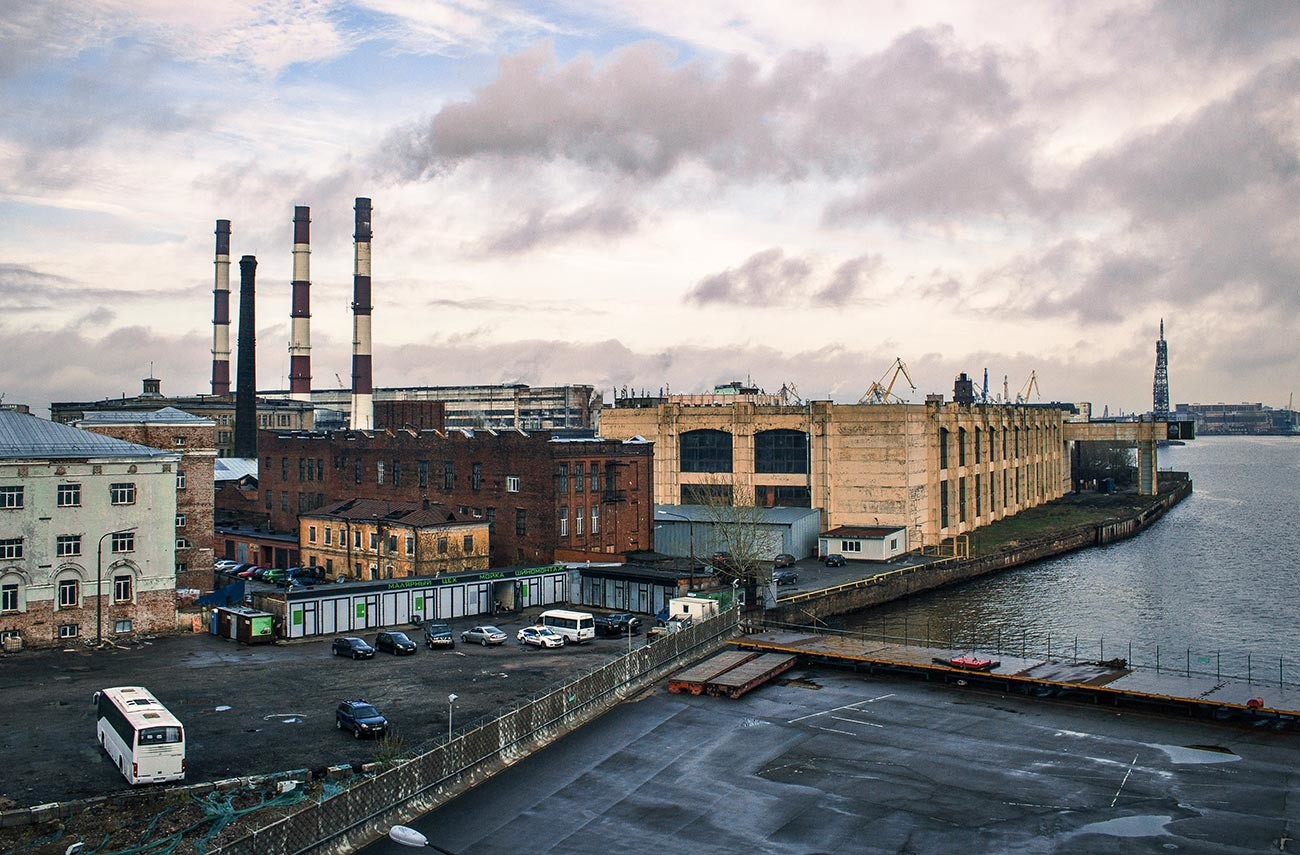 One of the most visited places in St. Petersburg is a former cable plant on Vasilyevsky Island. It was thanks to this plant that Moscow and St. Petersburg were connected by a telegraph line and that the northern capital got street lighting. After a restructuring in 2016, the plant no longer needed this part of its premises, which were handed over to the city. 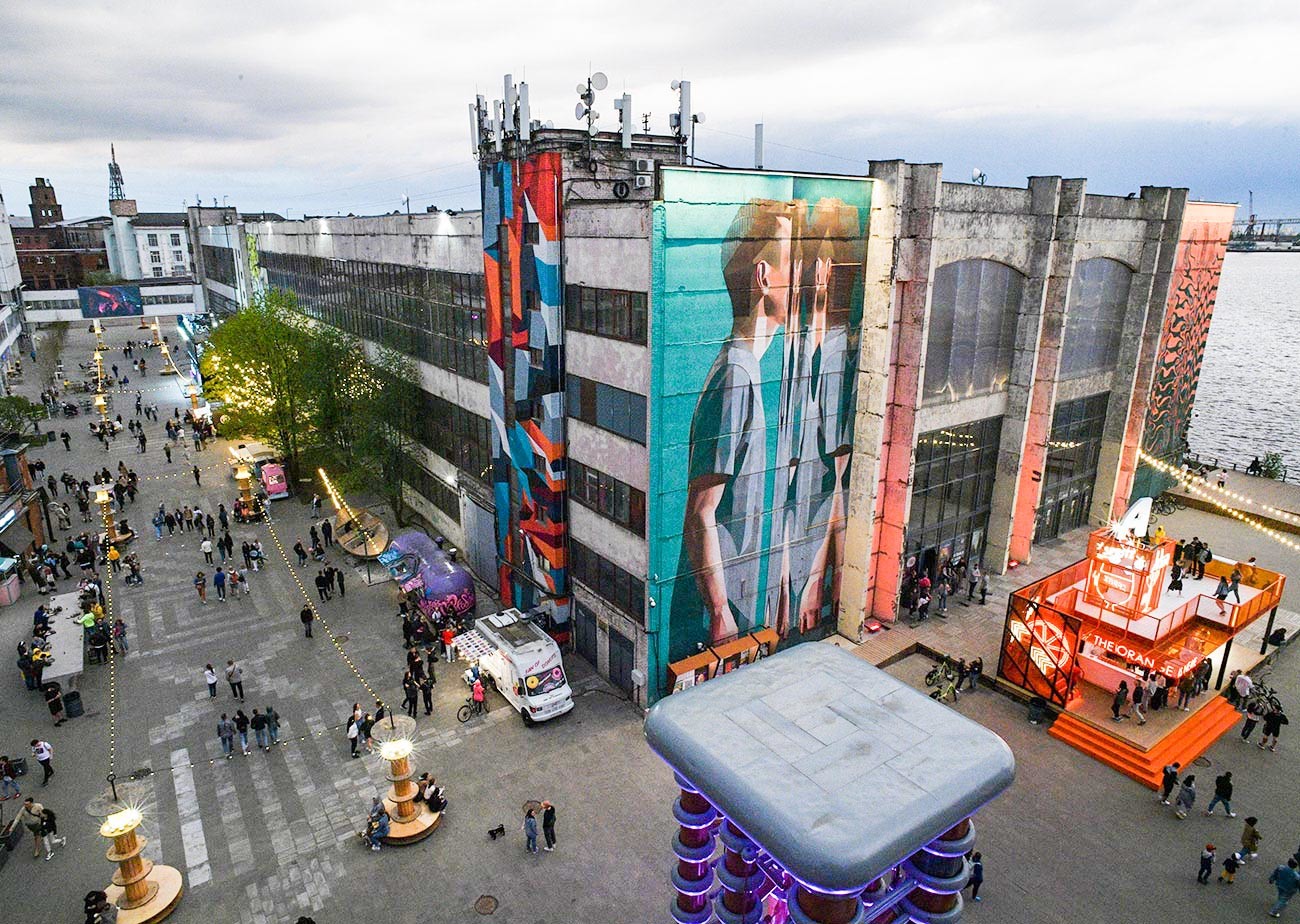 Today, it is a popular spot for watching sunsets and sunrises on the shores of the Gulf of Finland and lazing around on cozy bean bags in the summer. During the winter, its main attraction is a large ice rink and local street food. The site’s industrial past is celebrated with huge reels that are scattered across its territory.

Museum of Water in St. Petersburg 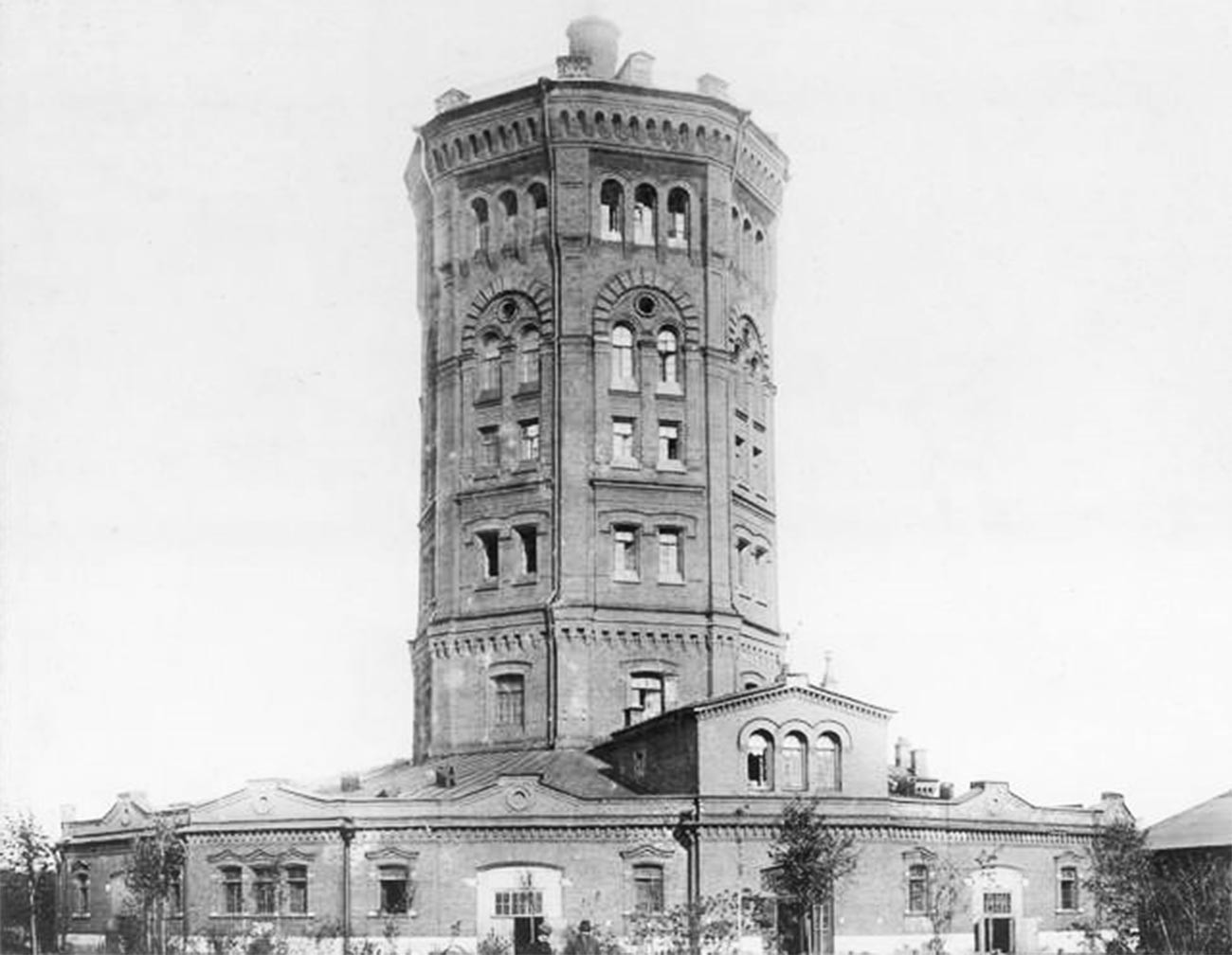 What a brilliant idea to place a water museum in a water tower! This building dates back to the mid-19th century, but it was hardly ever used for its intended purpose and ended up standing idle most of the time. It belongs to the local Vodokanal water supply company. 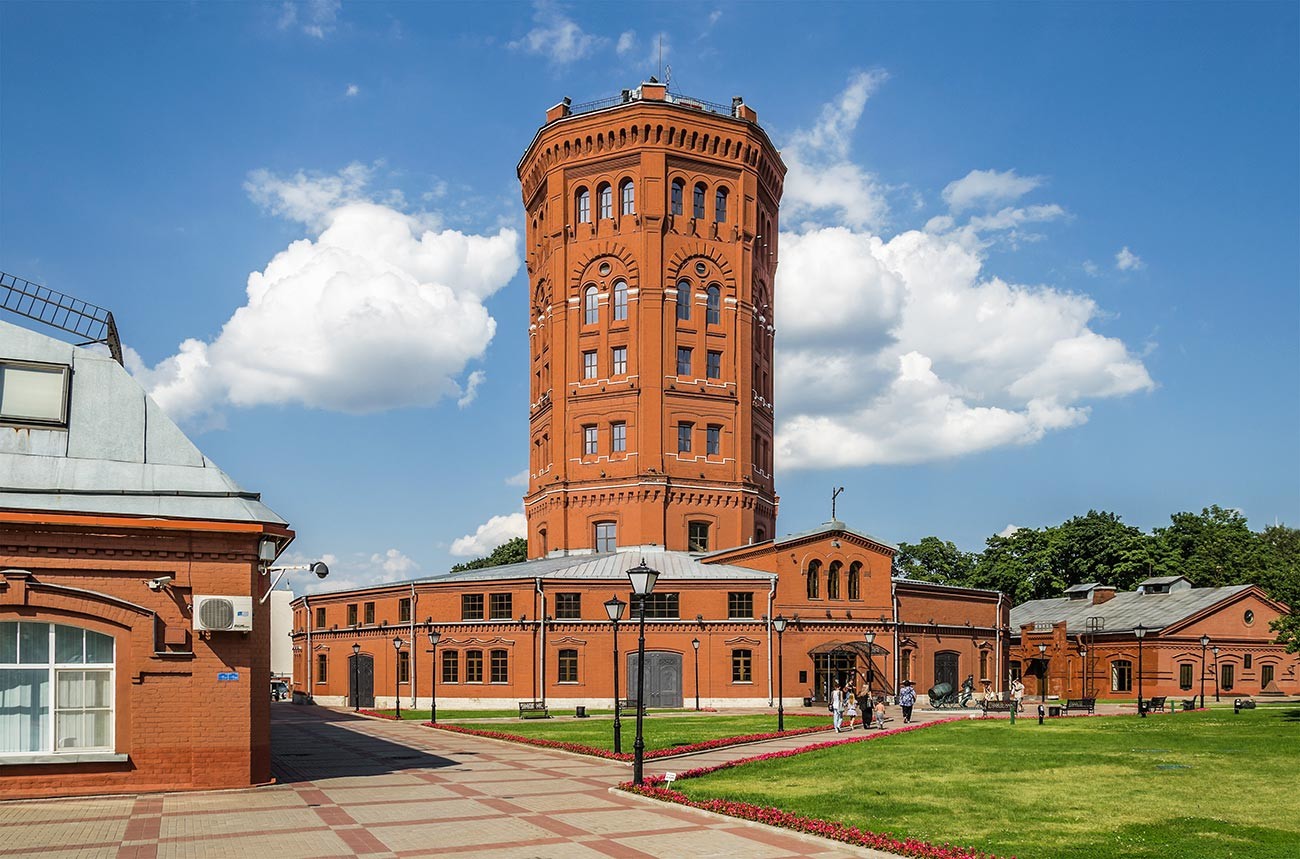 In the early 2000s, architects gave the old water tower a new lease of life and converted it into an exhibition space dedicated to water. Most of the building was preserved in its original form, but the side staircase was covered with a glass dome for safety reasons. 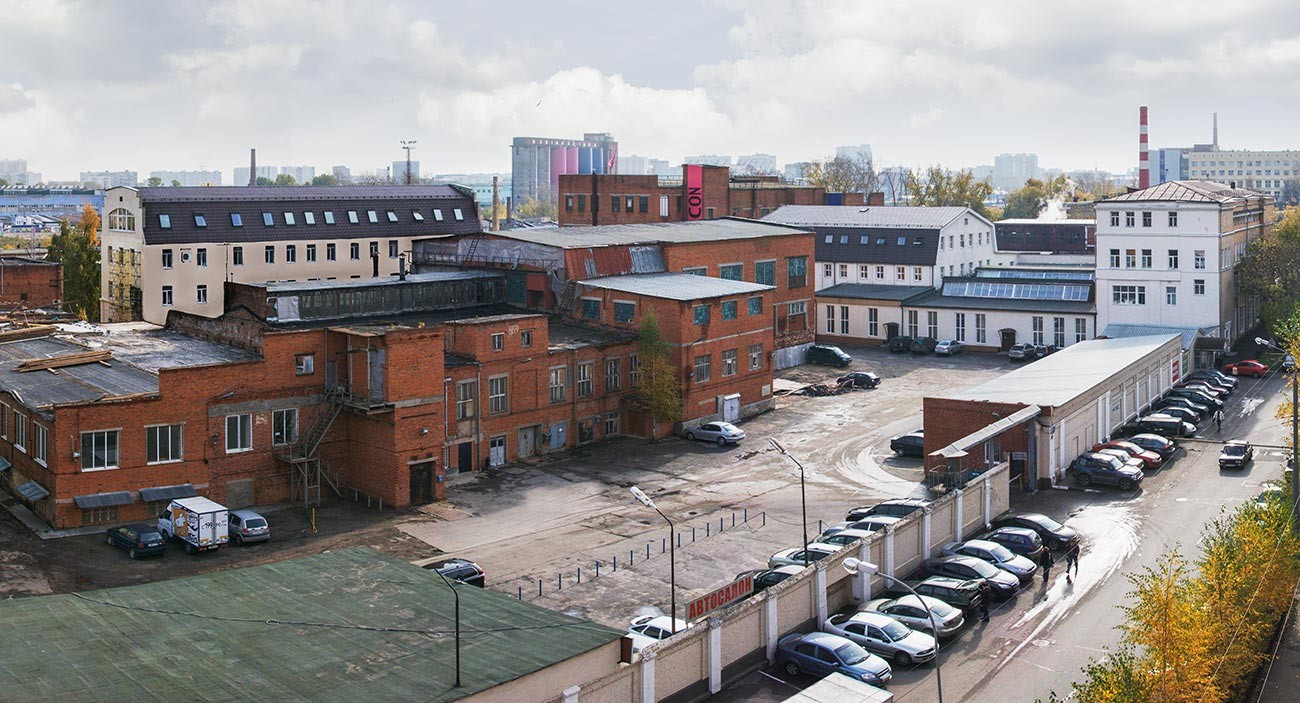 Moscow has many historic industrial buildings that have been converted into art spaces and offices. One of the first to undergo such a transformation, back in 2009, was Flacon. A 19th century perfume factory (known as the Kalinin crystal factory during Soviet times) that went bankrupt in the early 1990s has been turned into a contemporary art center. With showrooms, installations and food trucks, it has just about everything any urban hipster could hope for. 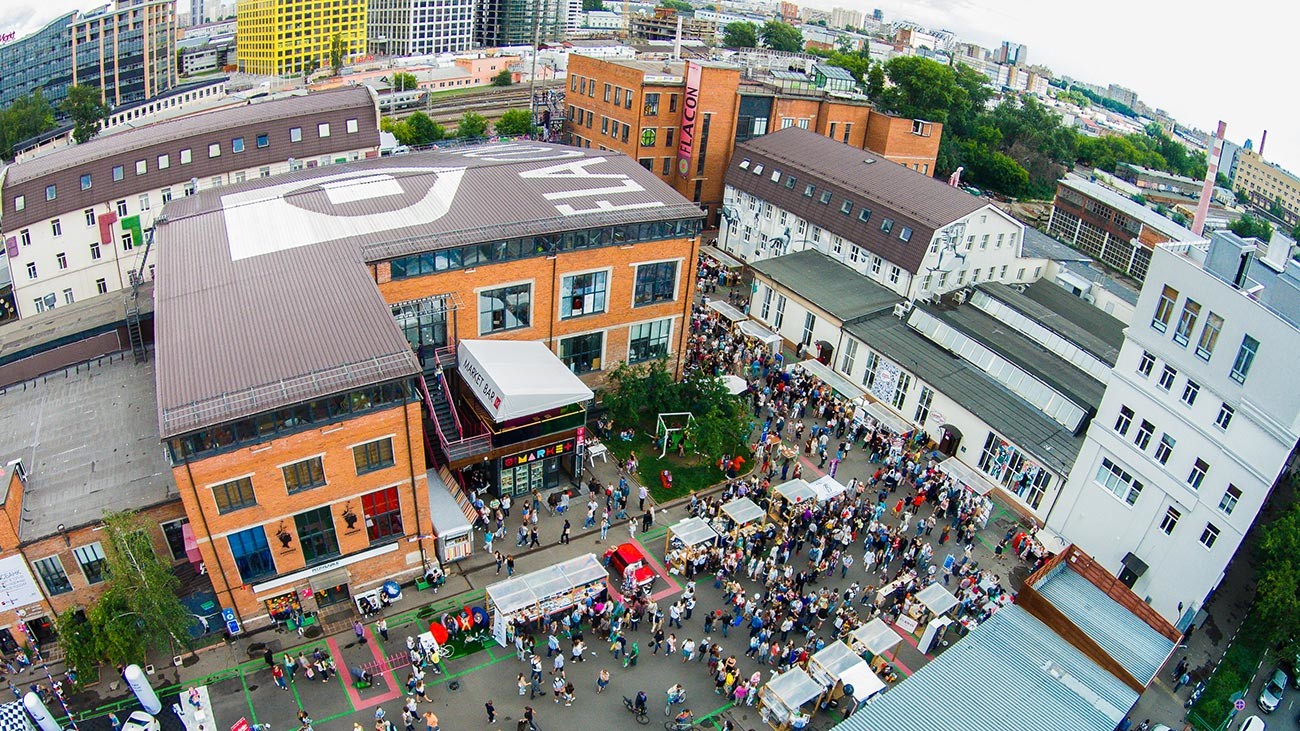 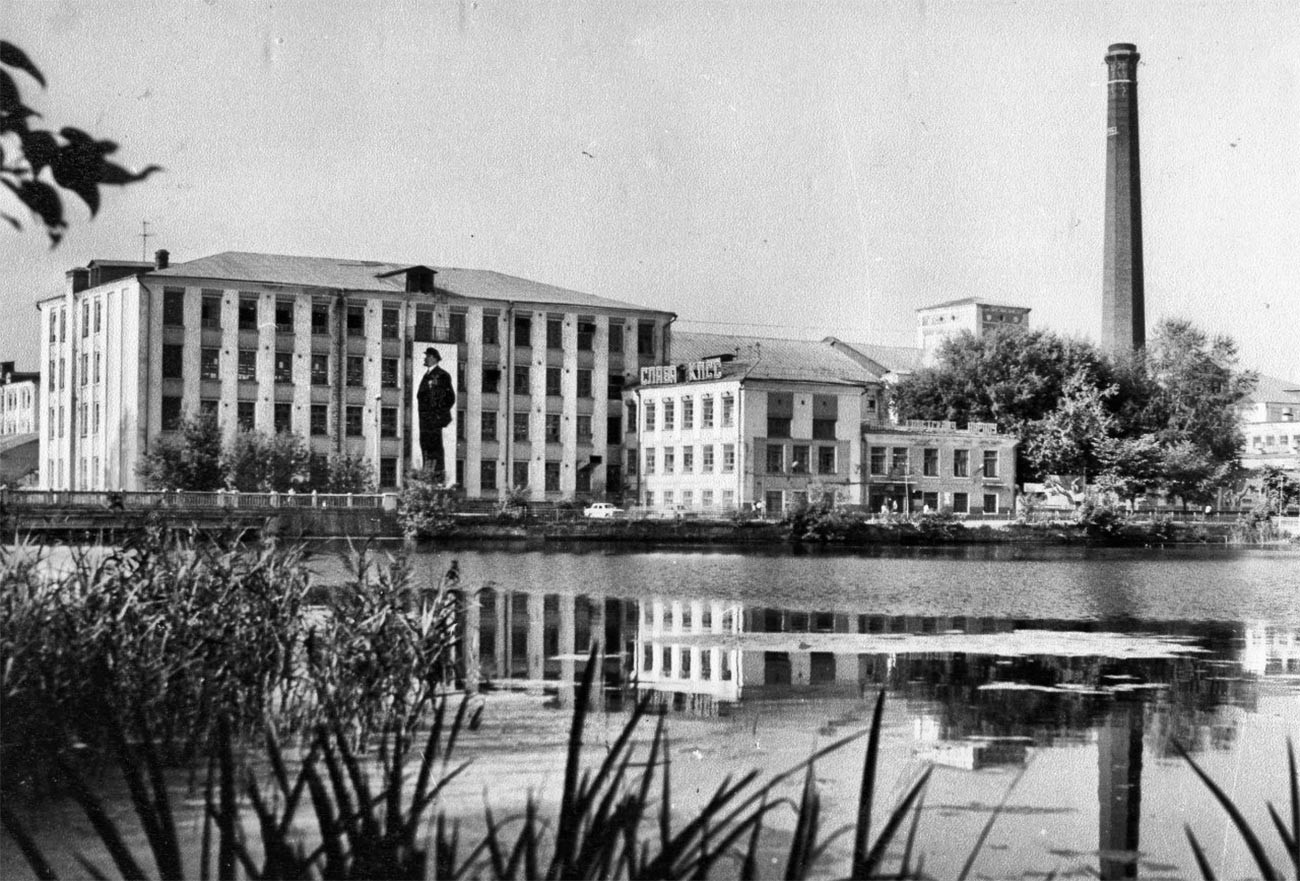 The historical center of the town of Balashikha outside Moscow is home to a former cotton spinning factory that was built in 1830. In the 1980s, the factory was unable to cope with the changes brought by perestroika and shut down. The revamped factory building has turned into one of the most popular places in the city and is used for film screenings, exhibitions and sporting activities.