What auxiliary ships Russian fleet received after the pandemic 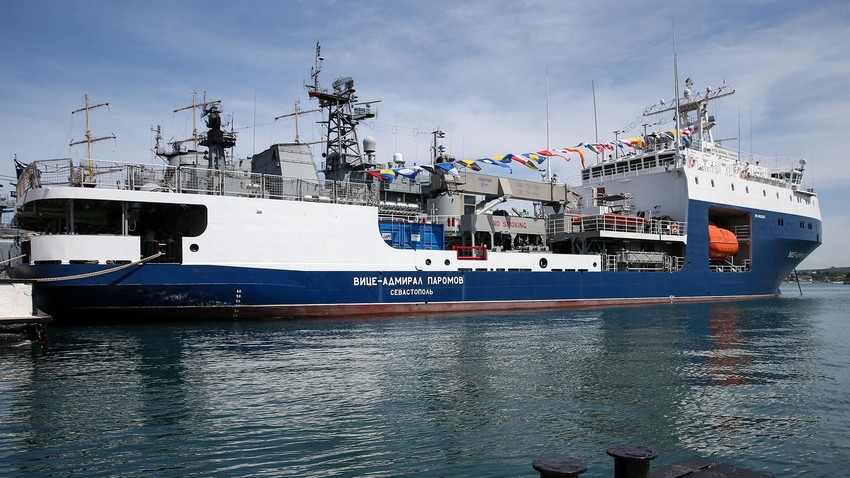 Sergey Malgavko /TASS
These units will also be able to bring fuel and ammo to battle ships even in thick Arctic ice hundreds of kilometres away from shores.

The combat power of any countries’ fleet directly depends on its ships and submarines carrying weapons on board. But even the most powerful and modern ships need “helpers”. These are two of the most recent additions to the Russian Navy’s fleet that went into service in 2020 and 2021. 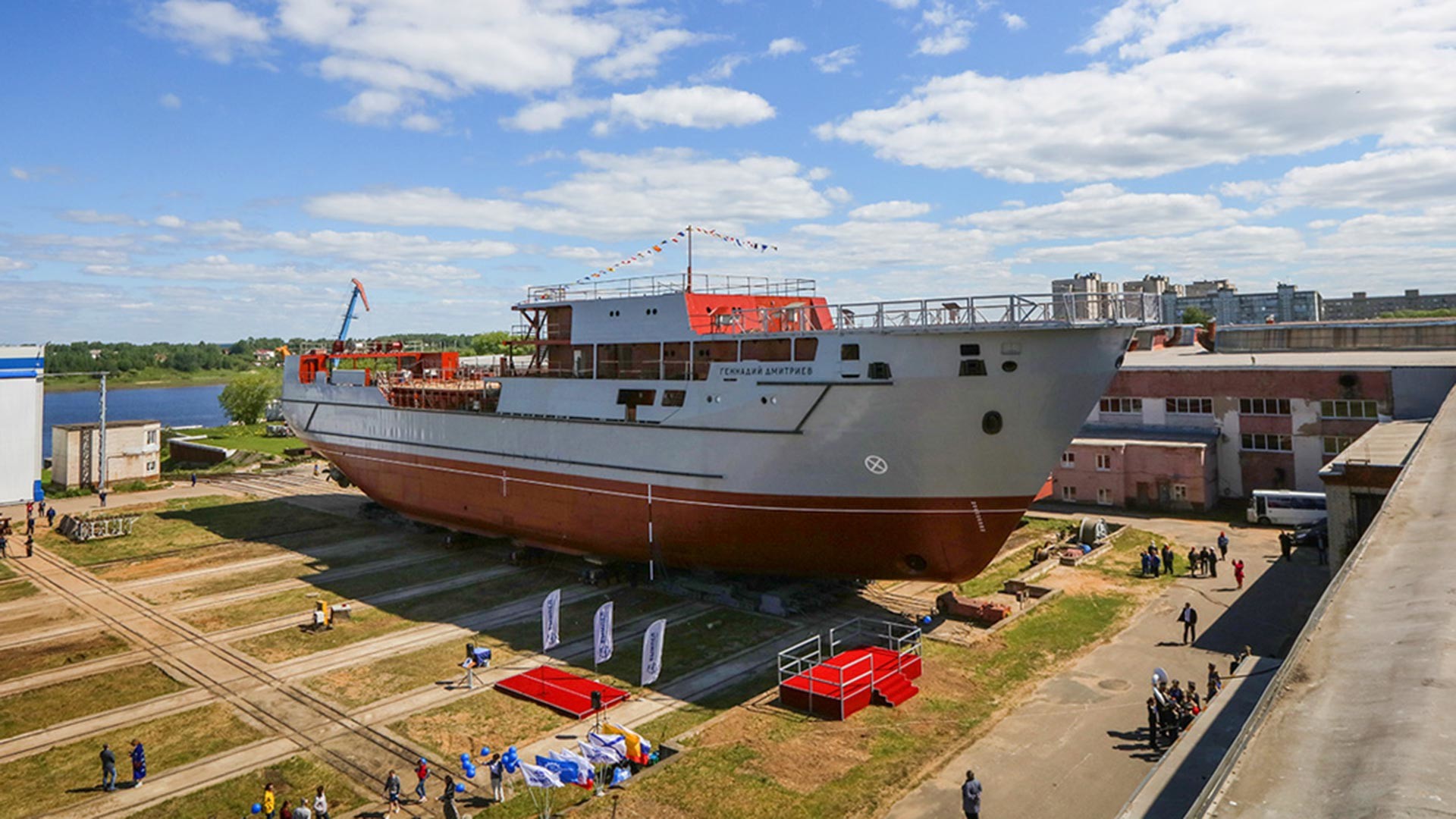 One of the newest ships of the Russian fleet is the ‘Gennady Dmitriev’ naval weapons transporter under the 20360M project.

It’s as tall as a five-storey house, weighs around 2,200 tons with a standard displacement of 3,205 tons.

It has a length of 77.8 meters, a width of 15.8 meters and a draft of 4 meters. Its average cruise speed is 12 knots and its maximum range is 3,000 miles. According to the manufacturer, there are 180 rooms on board the Gennady Dmitriev and the length of the cables inside the giant would be enough to pave the way from Rybinsk to Yaroslavl and back (approx. 174 km).

The ‘Gennady Dmitriev’ will carry ammunition for both the bases of the Navy and to ships already on the high seas.

According to Vasily Dadykin, a military expert and captain of the first rank, the ship can compete with its foreign counterparts in terms of its functionality.

At the same time, the ‘Gennady Dmitriev’ is equipped with an ice-reinforced hull, a double bottom and double sides, two cargo holds, a platform for transporting cargo in containers, a crane with a lifting capacity of 20 tons and a bow helicopter landing pad.

As he noted, this ship, like all the new sea giants of Russia, is being built taking into account the fact that they may have the opportunity to work in the Arctic and in ice several meters thick. 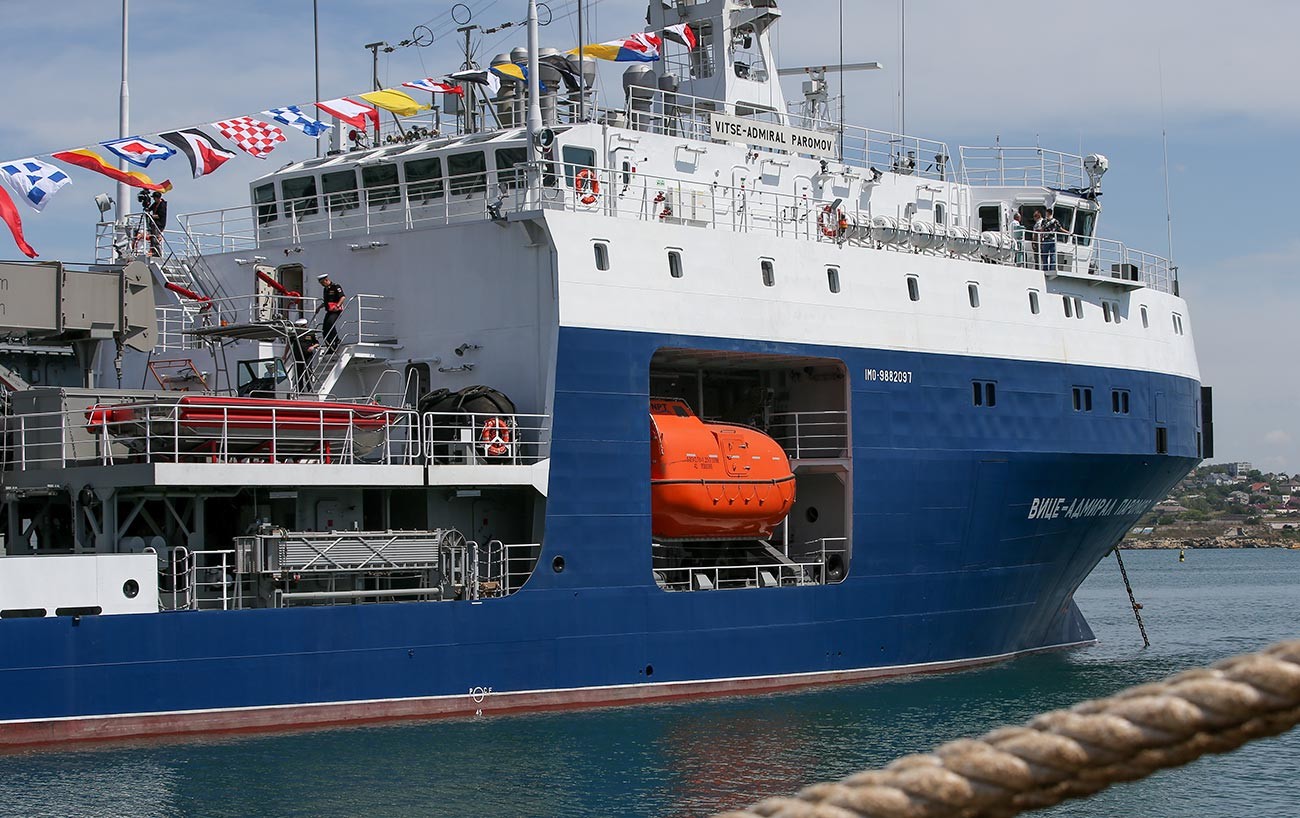 Modern support vehicles are multifunctional. One of them — the small sea tanker ‘Vice-Admiral Paromov’ - entered the Black Sea Fleet on June 7, 2021. Project 03182 with the code ‘Platform-Arctic’ was developed by the Zelenodolsk Design Bureau. In 2014-2015, the Ministry of Defense ordered the construction of four such tankers for the Black Sea and Pacific fleets.

The new tanker has an Arc-4 ice class, which allows it to sail with an ice thickness of up to one meter. The length of the vessel is 75 meters, with a width of 15.4 meters and a displacement of 3.5 thousand tons. The range of navigation is 1,500 nautical miles.

If the old barges and tankers of the 1980s specialized in only one type of cargo, such as fuel, then the ‘Vice Admiral Paromov’ will deliver all liquid cargo at once: naval fuel oil, diesel and aviation fuel, as well as fresh water. If necessary, the vessel can also participate in rescue operations and clean up water areas from pollution.

According to the manufacturer, the helipad on the ‘Vice Admiral Paromov’ tanker allows you to receive Ka-27 class helicopters, as well as unmanned aerial vehicles (UAVs). The vessel is equipped with electric propellers and a thruster, which ensures high maneuverability and good handling even in storm conditions.

Over the past year, according to the materials of the ‘Material and Technical Support of the Armed Forces of the Russian Federation’ magazine, auxiliary vessels covered a total of about 500 thousand nautical miles, performed 211 supplies of ships and vessels in the far sea zone, during which more than 337 thousand tons of cargo were transported and delivered to ships; more than 13 thousand sea and road hauls and 183 ice supplies were also carried out.