What we know about ‘Checkmate’, the new fighter jet to rival the F-35 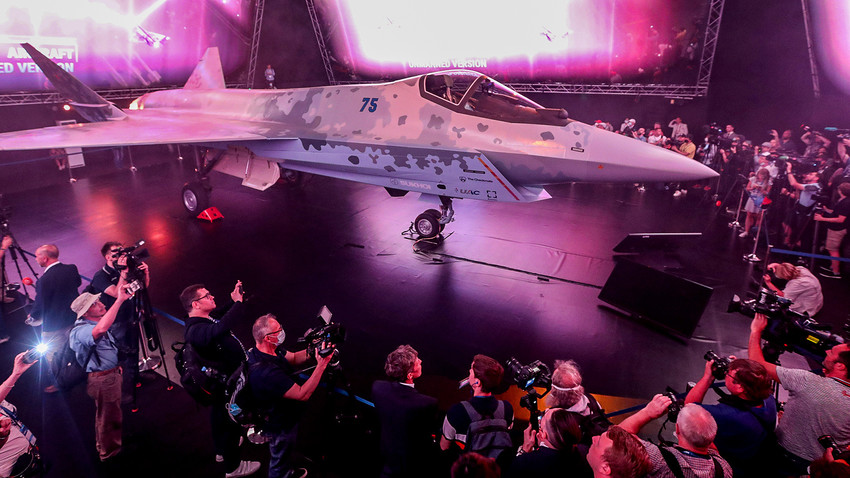 Sergei Fadeichev/TASS
Plans are to sell the jet into African and Middle Eastern countries, as well as India, Vietnam and Latin America from 2026.

The new fifth-generation light single-engine fighter jet named ‘Checkmate’ was revealed in Russia on July 20. Russian state-owned Industrial conglomerate company Rostec revealed a prototype of the jet during the July 20-25 MAKS X 2021 aviation and space salon, held near Moscow. The project had been covered in secrecy up until then.

‘Checkmate’ is primarily designed for export to markets in the Middle East, Latin America, Asia-Pacific and Africa.

‘Checkmate’ was designed by the JSC Sukhoi Company — a part of Russia’s United Aircraft Corporation (owned by Rostec) — and, therefore, is said to have been based on the technology used to construct one of Russia’s most advanced fighter jets, the Sukhoi Su-57. 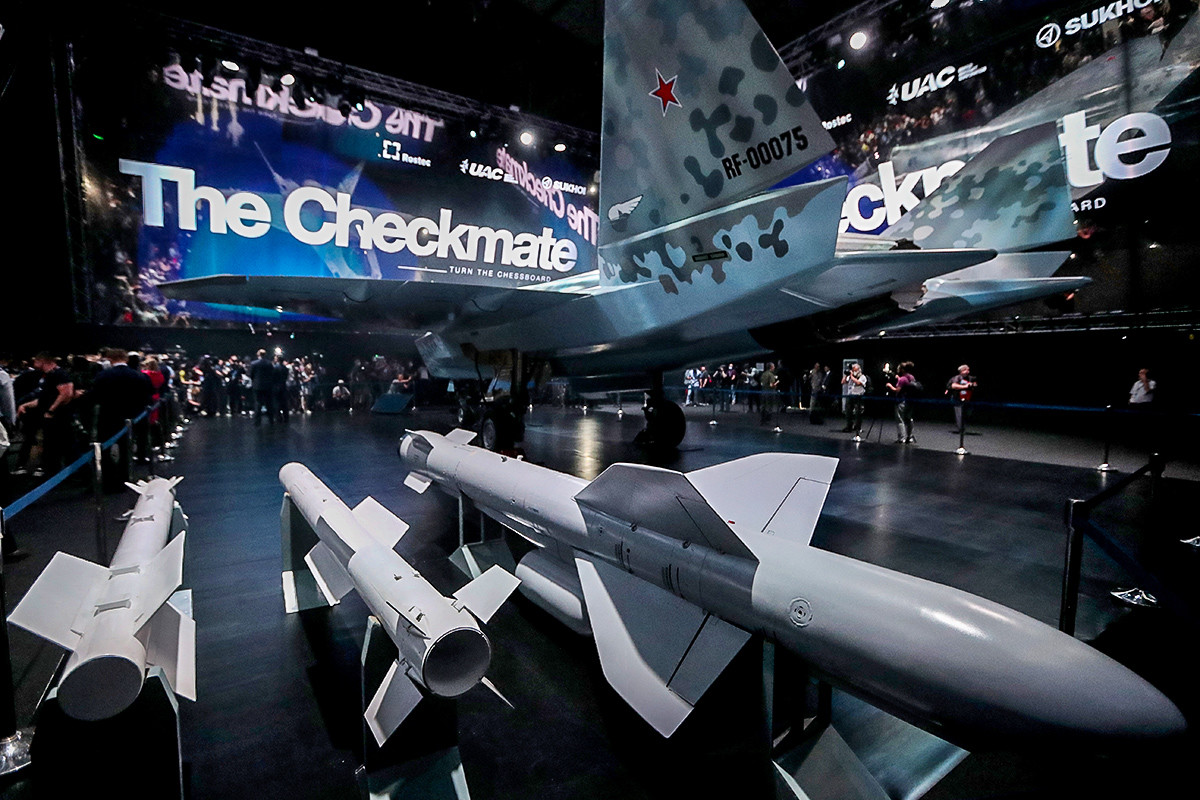 “The ‘Checkmate’ jet is designed using the scientific and technical groundwork obtained during the creation of the fifth-generation Su-57 fighter jet and with the extensive use of supercomputer technologies,” said Mikhail Strelets, chief designer of the ‘Checkmate’ fighter jet.

In contrast to the heavier twin-engine Su-57, the ‘Checkmate’ is classified as a light single-engine fighter jet, comparable to the U.S.-made F-35 or Swedish-made Saab JAS 39 ‘Gripen’.

The designers of the new ‘Checkmate’ jet say its main advantage in comparison to the U.S.-made F-35 is the lower operation and maintenance costs.

“It will be six to seven times lower than that of the F-35 and comparable to the ‘Gripen’ NG,” said the jet designers to RBK. 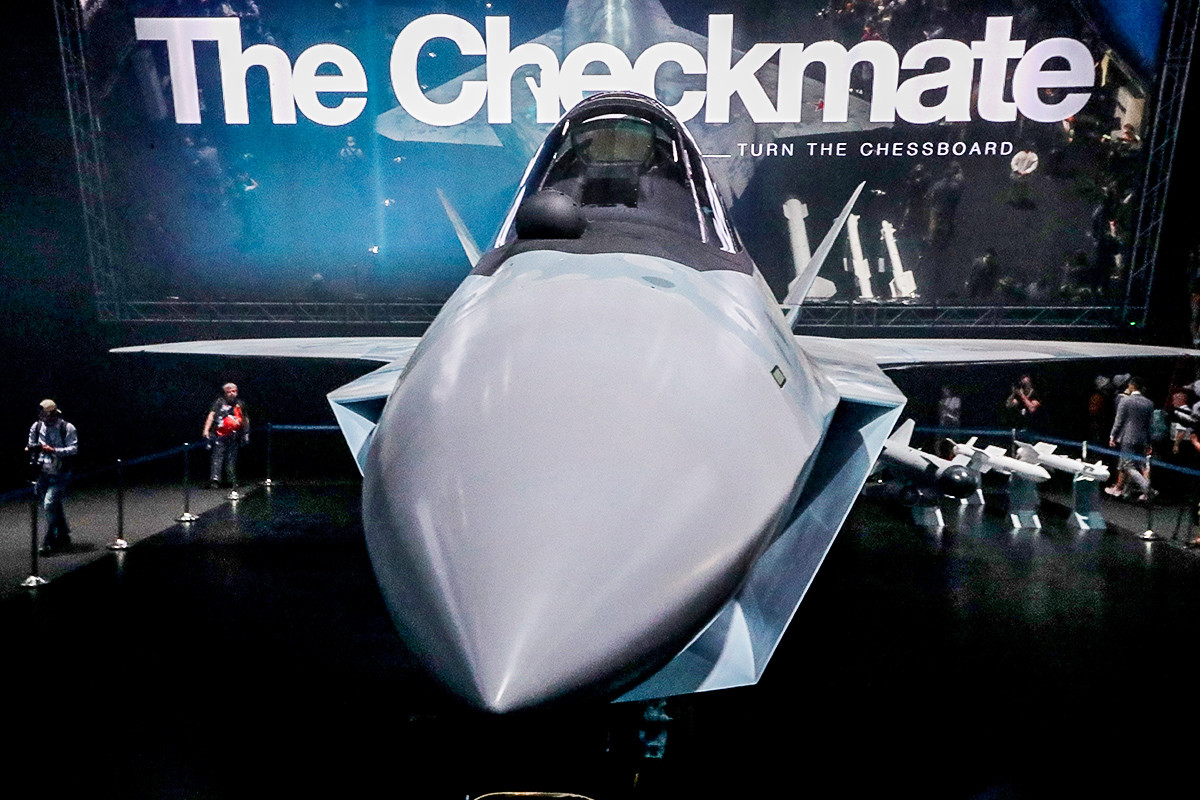 If the F-35’s cost per flying hour is approximately $33,000, then the Russian jet is expected to consume only $5,000 per flying hour, which makes the ‘Checkmate’ an appealing alternative for countries seeking to upgrade their fleet with the latest fighter jets, while also saving money.

The Russian jet is also said to be much cheaper to pursue, compared to the F-35’s approximate cost of $80 million per jet.

“This is a fifth-generation light fighter. There are the following foreign analogs: the F-35, ‘Gripen’ and ‘Rafale’. Only we have set ourselves the task of delivering a very cheap and efficient aircraft. We will have a price, I hope, somewhere from $25 to $30 million and they [other countries] price [the alternatives] from $60 to $90 million,” said Sergey Chemezov, Head of Rostec State Corporation, at the MAKS-2021 air show.

“Taking into consideration the serious flight characteristics and sufficiently broad strike and reconnaissance capabilities of this machine, as well as low radar visibility, we hope that the fighter will be a serious competition to the leading Western manufacturers of fifth-generation light single-engine multifunctional fighters," said Dmitry Shugaev, Director of the Federal Service for Military-Technical Cooperation. 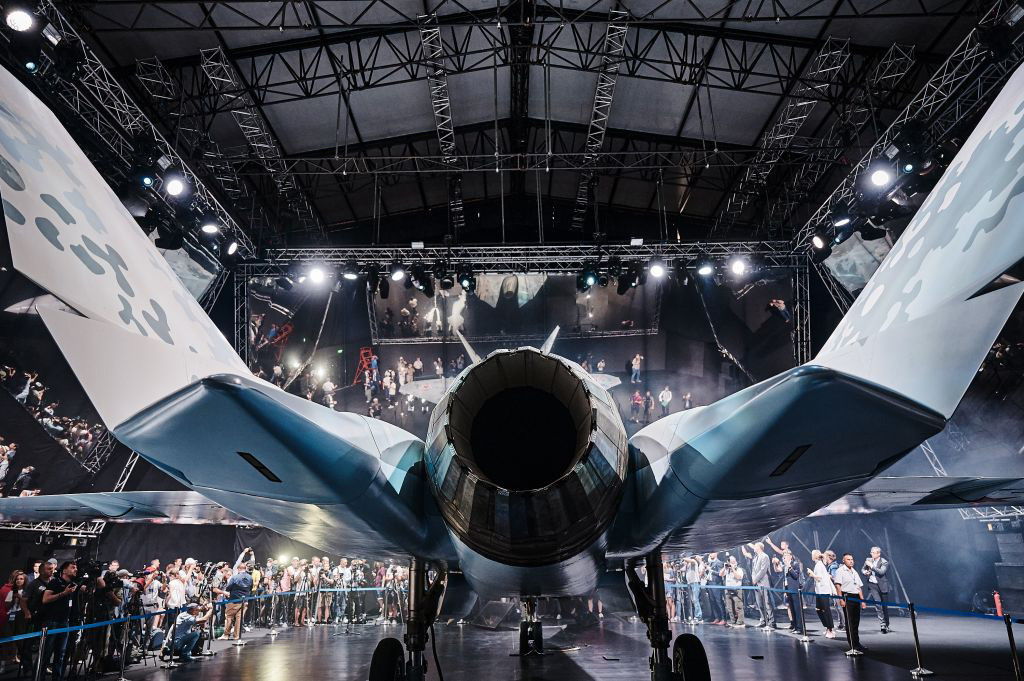 The export-oriented ‘Checkmate’ jet already has an unnamed anchor customer who placed the first substantial order, according to the Russian government’s deputy chairman Yuri Borisov. Although the official did not name the customer, he mentioned that it is an air force of a foreign country.

The timeline for export of the ‘Checkmate’ jet appears to stretch for four years, as the officials say the first flight tests will be conducted in two years, in 2023, and in a few more years, the company will be ready to launch mass production and export of the new fighter jet.

When ready, the ‘Checkmate’ jet will be used for combating air targets, as well as striking ground targets. The maximum combat load of the fighter jet is said to be 7,400 kg. And the flight range without outboard fuel tanks is 2,900 km.

The fighter jet is capable of carrying up to five air-to-air missiles to detect and destroy hostile fifth-generation jets in long-range and close combat, according to the jet description on the producer-company’s website. Additionally, the jet can be equipped with cannons for the destruction of ground targets. 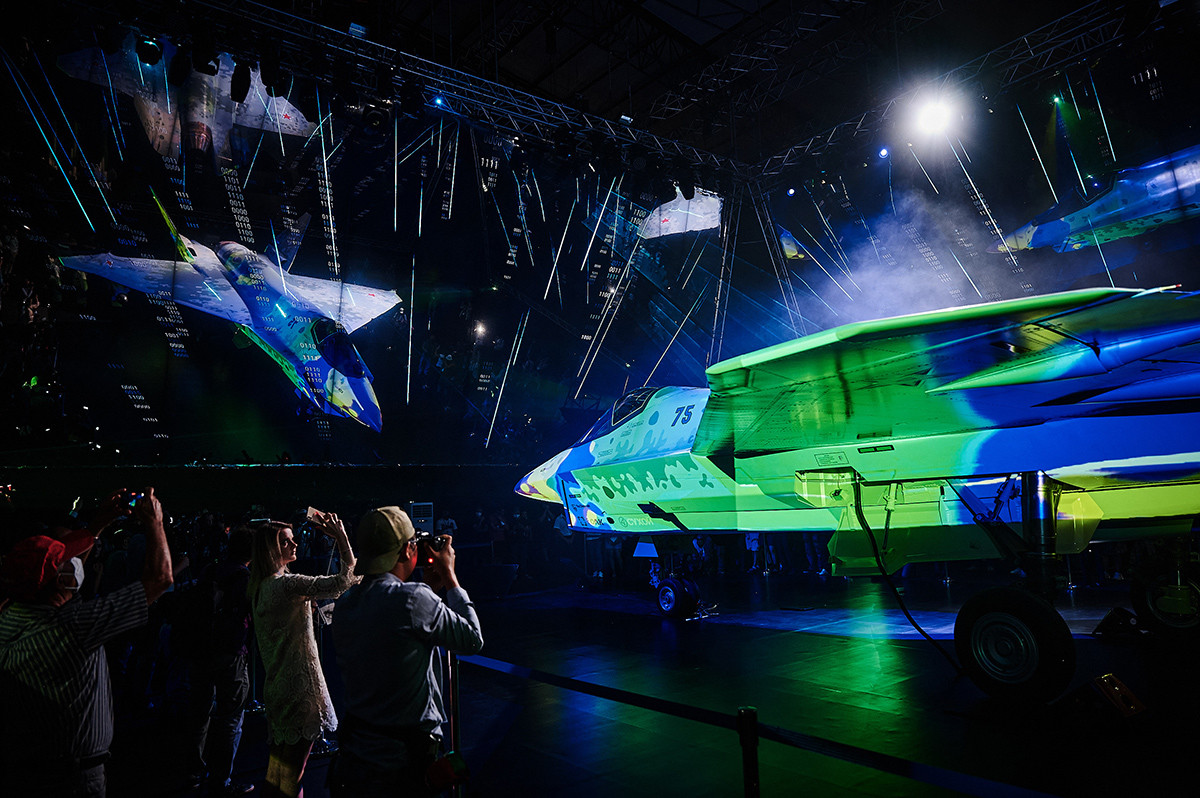 Overall, the aircraft is characterized by low radar visibility and an improved wide-range passive detection system.

The automated logistics support system — called ‘Matreshka’ — for the ‘Checkmate’ jet was developed from scratch. The system was designed to reduce the cost and increase the efficiency of after-sales service by utilizing the predictive analytics technology that allows predicting all the necessary maintenance measures for each aircraft in the fleet in advance.

One of the key competitive advantages of this particular fighter jet is the possibility of its personalization for a specific customer. On top of that, the United Aircraft Corporation is working to create an unmanned version of the fighter jet, based on the current prototype.

Do you know what the 5 BEST Russian planes of all time are? Click here to find out!