Everything we know about Russia’s ‘Skyfall’ missile 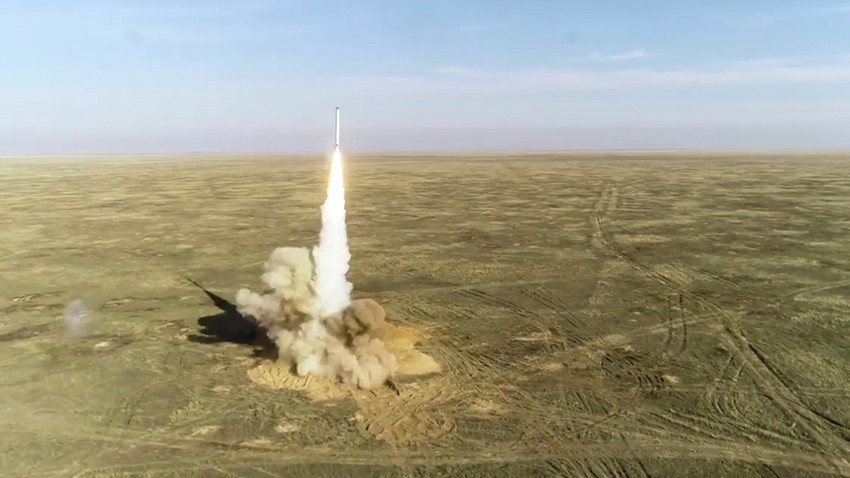 Sputnik
This missile with nuclear warheads is claimed to be able to circle the Earth for months in patrol mode.

On August 19, 2021, CNN reported that Russia might be preparing to test its latest nuclear-powered cruise missile Burevestnik, dubbed ‘Skyfall’ by the Americans. Here’s what we know about the project.

‘Burevestnik’ is a cruise missile powered by an integrated nuclear engine that was unveiled in 2018.

“It has an atomic reactor that allows it to remain in the skies for months and even for years until time comes to change nuclear components. Its unpredictable flight routes make this missile an [extremely] effective weapon, because no foreign military will be able to predict the time it switches from patrolling to attacking,” says Ivan Konovalov, military expert and the development director of the Foundation for the Promotion of Technologies of the 21st Century.

The missile is capable of flying around the North Atlantic Ocean, around the Arctic or across Russia and back as long as needed. After getting the target’s coordinates from the military command, the missile will fly there at hypersonic speed of 2,500 km/h.

According to Konovalov, “Skyfall’s firepower can be compared to the nuclear bombs that were dropped on Hiroshima and Nagasaki. “I don’t think the missile will be patrolling over the Russian territories all the time, but it will be taken to the skies on alert and used as a means of nuclear deterrence,” adds Konovalov.

According to him, ‘Skyfall’ will have an atomic warhead and will be used alongside other nuclear triad weapons (nuclear submarines, intercontinental ballistic missiles and strategic bombers).

At the moment, there are no direct analogues of the weapon, but, in the foreseeable future, the Americans will create something similar, thinks Dmitry Safonov, the editor-in-chief of ‘Independent Military Review’ magazine.

The U.S. Government adopted the new $1.2 trillion nuclear arms modernisation program to catch up with Russia in nuclear weapon development.

According to him, Russia began modernising its nuclear arsenals ten years ago and, therefore, is already reaping the fruit from this work.

“We invested $150 billion (ten times less than the new U.S. program) into the development of new era nuclear means of deterrence. The Americans didn’t take our plans and scientists seriously ten years ago and now they have to catch up with us in these technologies. By the time [they come up with their analogues], we will already finish testing the weapons and will adopt them to the military,” says Safonov.

Currently, Russia has a range of modernized nuclear weapon systems: an unmanned underwater nuclear drone Poseidon that can “sleep” at the bottom of an ocean, new ‘Sarmat’ and ‘Avangard’ intercontinental ballistic missiles, together with the ‘Burevestnik’ (or ‘Skyfall’) nuclear-powered cruise missile.

“Russian military command expects that the Americans will present their analogues of our technologies in the coming years. We don’t underestimate their scientists, technologies and military potential. They will very soon catch up with us and show what their military industrial complex is capable of,” suggests Safonov.

Among the latest American technologies he named the orbital project X-37 - a plane that will be able to conduct operations in near space.