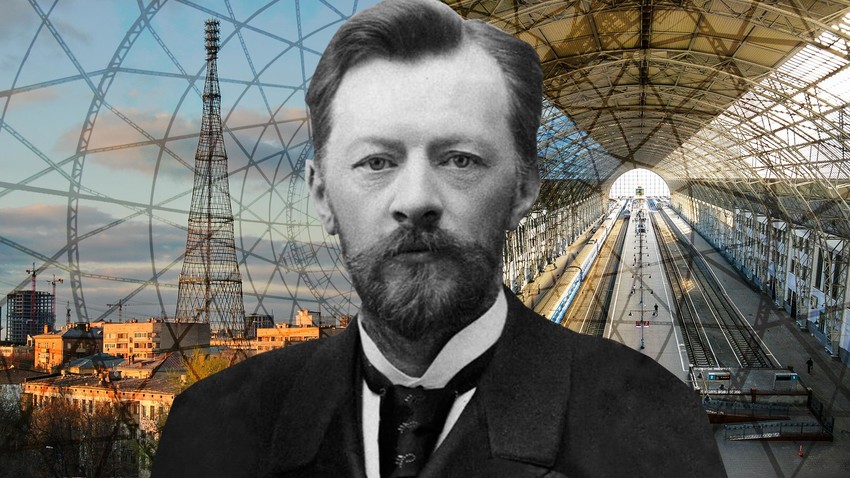 Vladimir Shukhov watches you learning about his technical heritage. 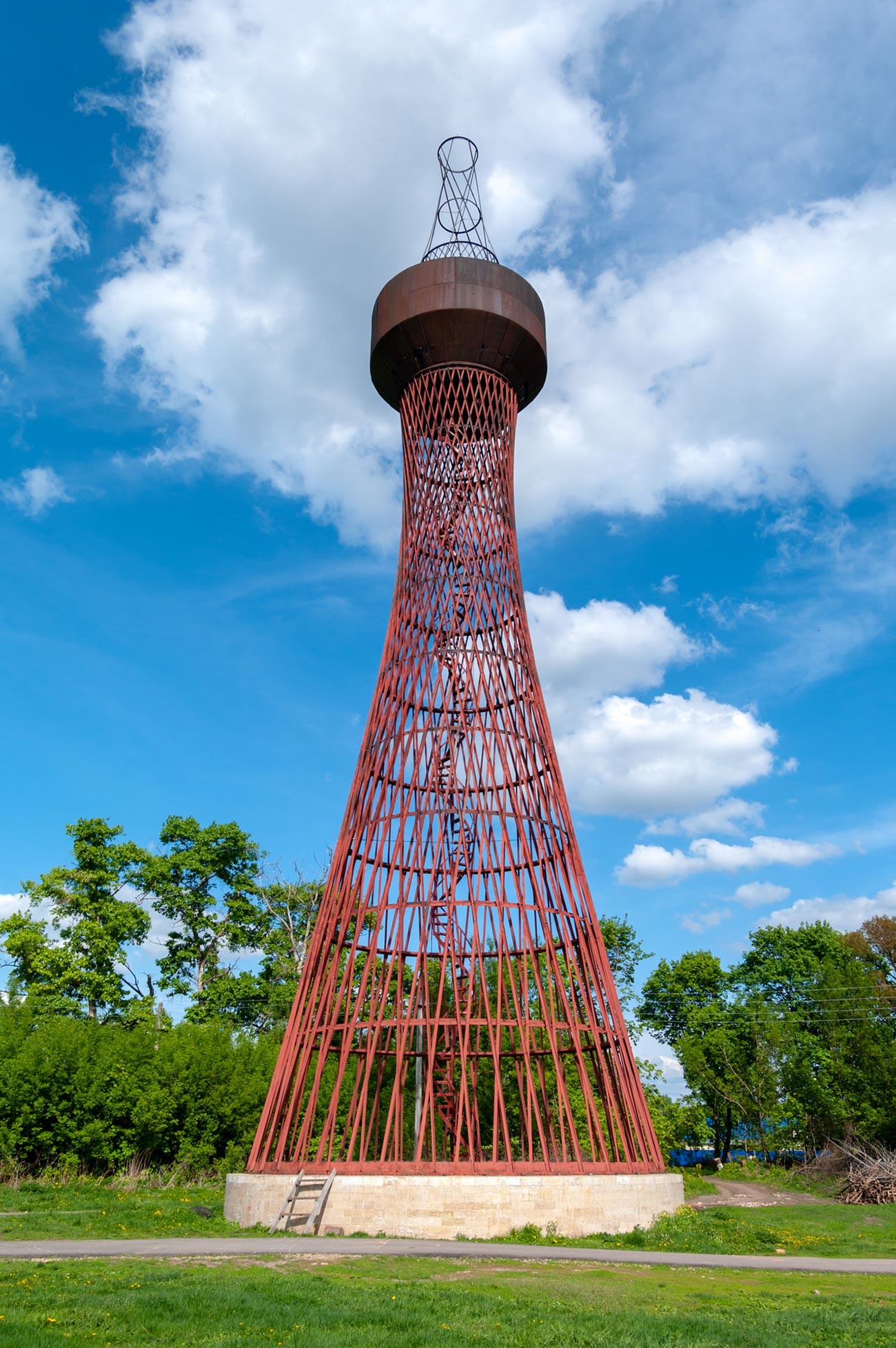 Vladimir Shukhov’s most innovative and famous design was astonishing in its simplicity – as most of his works were. Pyotr Khudyakov, Shukhov’s friend, wrote in his memoirs that in the 1880s, Shukhov’s inventions were disliked by many civil officers because they were “disgustingly cheap” and didn’t leave opportunities for embezzlement.

The designs of hyperboloid towers and gridshells, patented by Shukhov in 1894-1896, were indeed cheap, quick to construct and so durable that many of Shukhov towers, built in the late 19th – early 20th centuries, are still intact now! 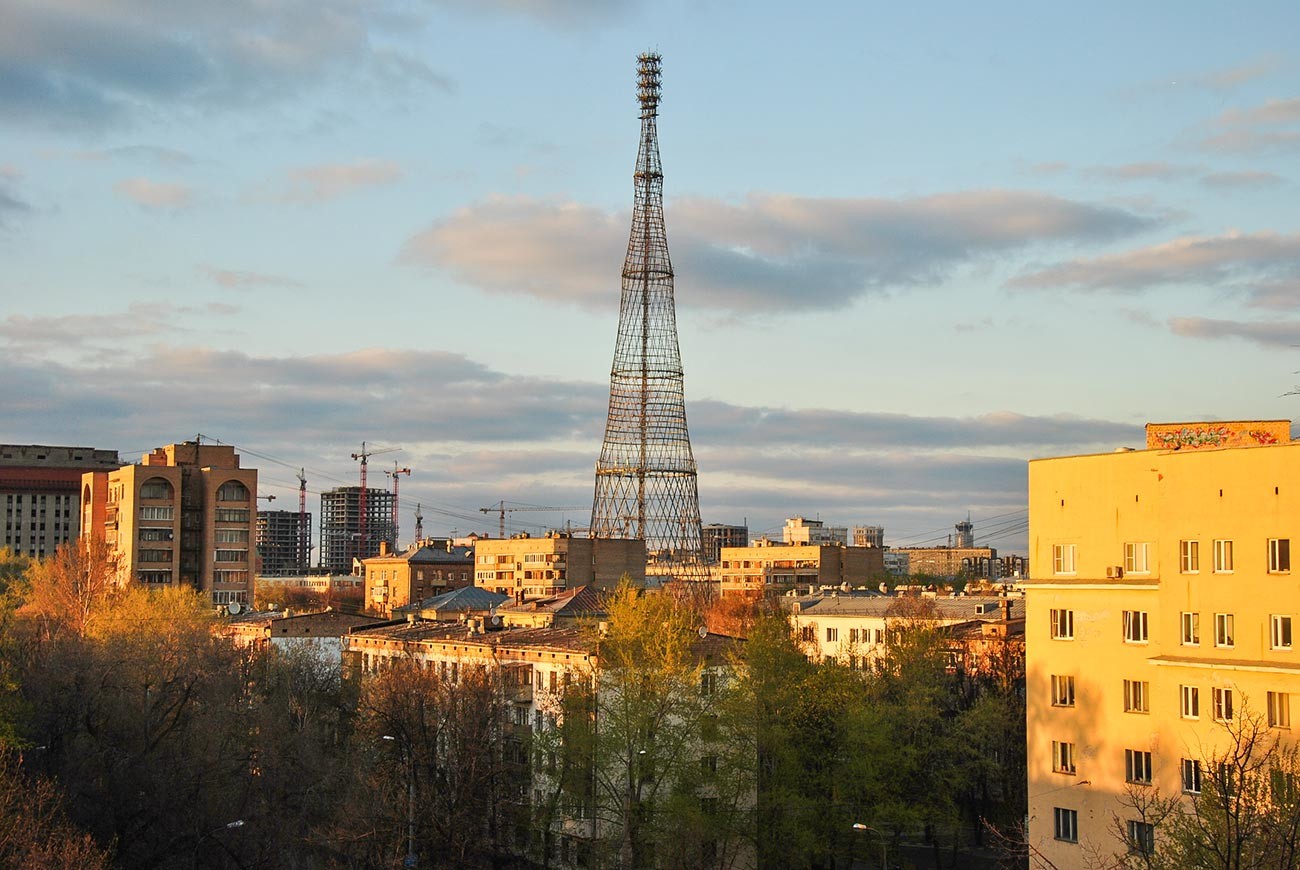 The Shukhov tower in Moscow

The main principle of Shukhov’s tower is that it’s a structure in the form of a hyperboloid, made with a lattice of light metal beams. Each of them is placed with a certain inclination and curvature, although each beam is straight, which makes the transportation of the parts convenient. As a result, the construction becomes sturdy because of its own weight and is prone to heavy winds because it’s a lattice structure! The inspiration for this design was truly Russian – it came from a Russian wicker basket that is light, but can support or withstand considerable weights. 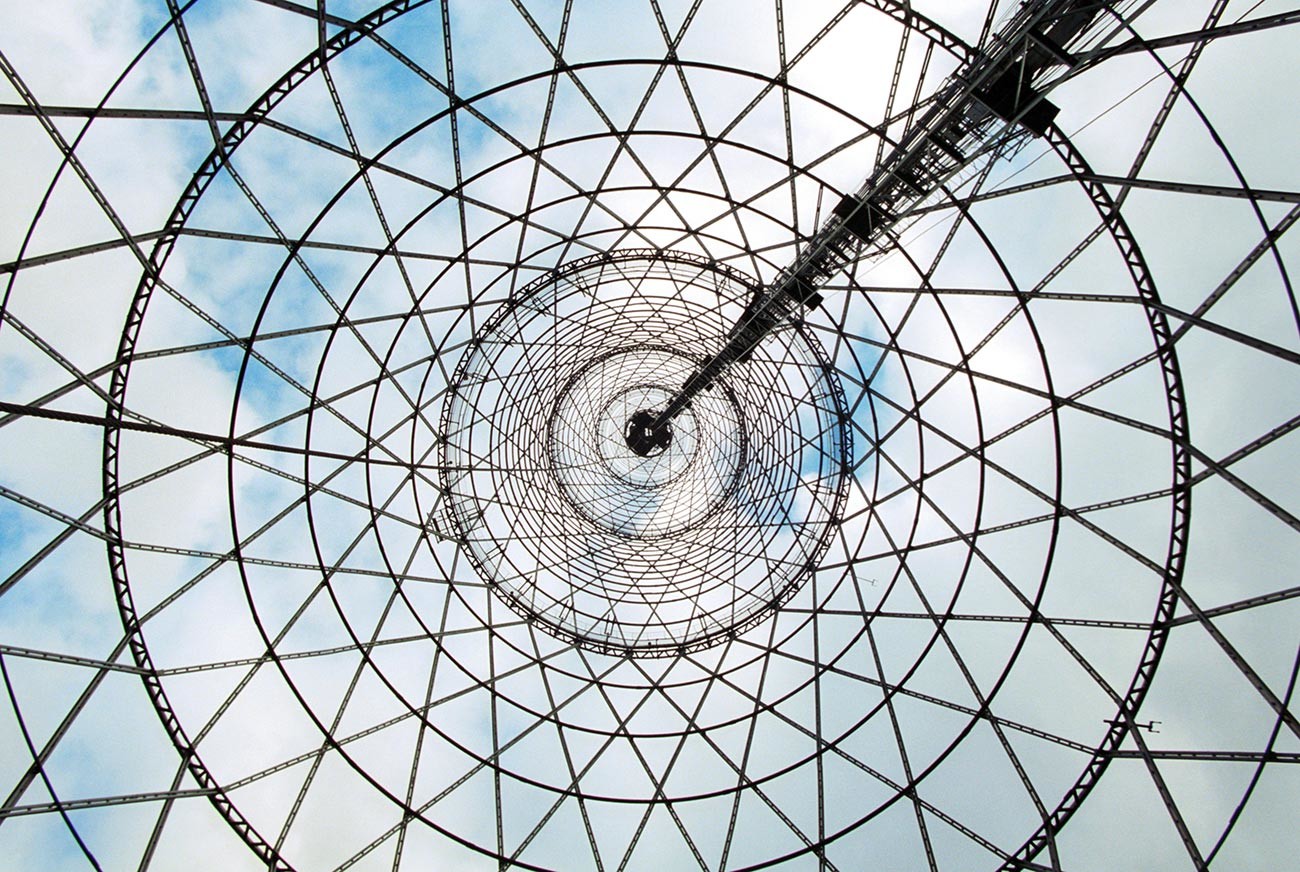 The Shukhov tower in Moscow from the inside.

The principle Shukhov invented was most famously employed by him in the Shukhov Tower (built 1919-1922) in Moscow – as well as in over 200 other towers he designed. His first ever hyperboloid tower, built for the All-Russia Exhibition of 1896, is still preserved in Polibino, Lipetsk Oblast, Russia. The constructive principles devised by Shukhov are still widely used in building hyperboloid towers around the globe... 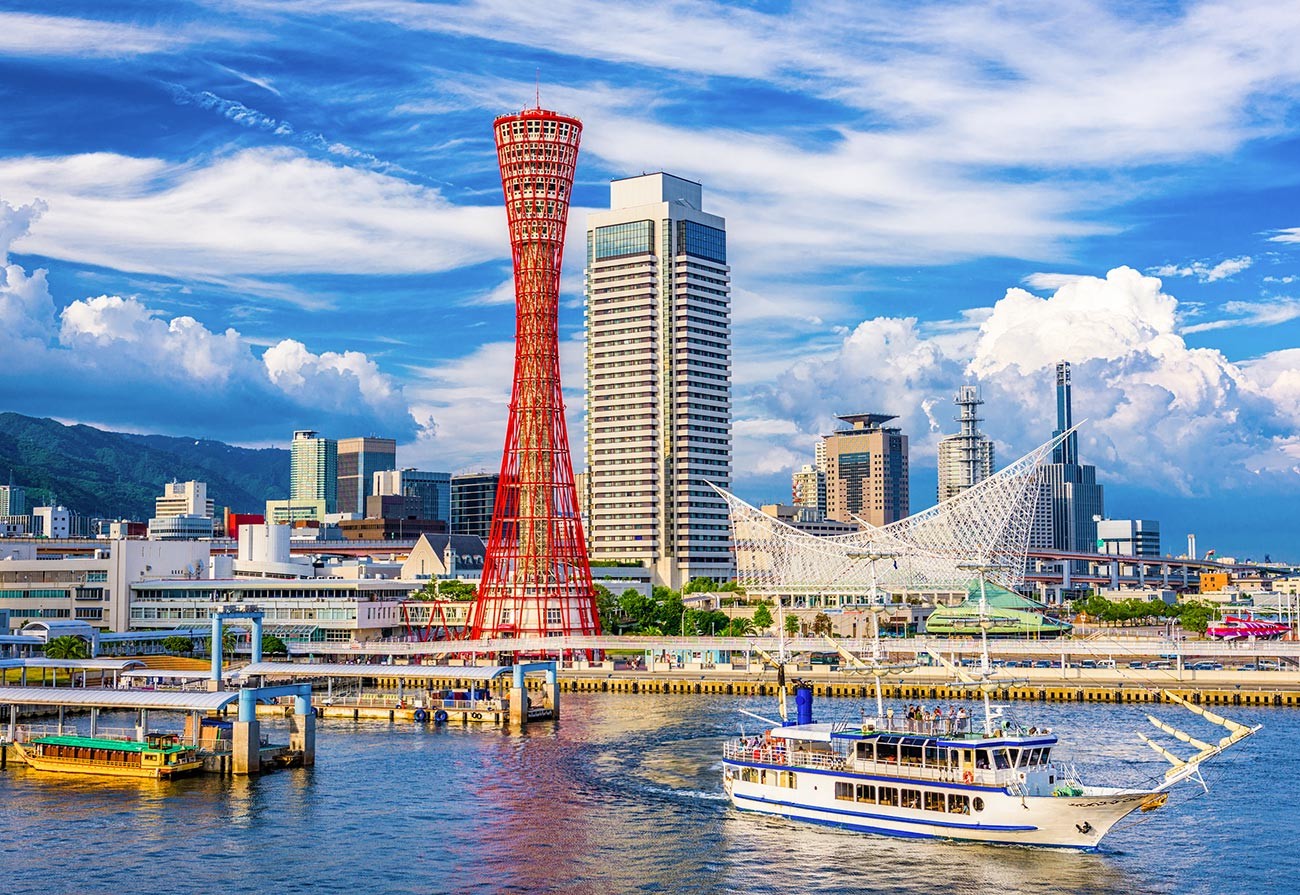 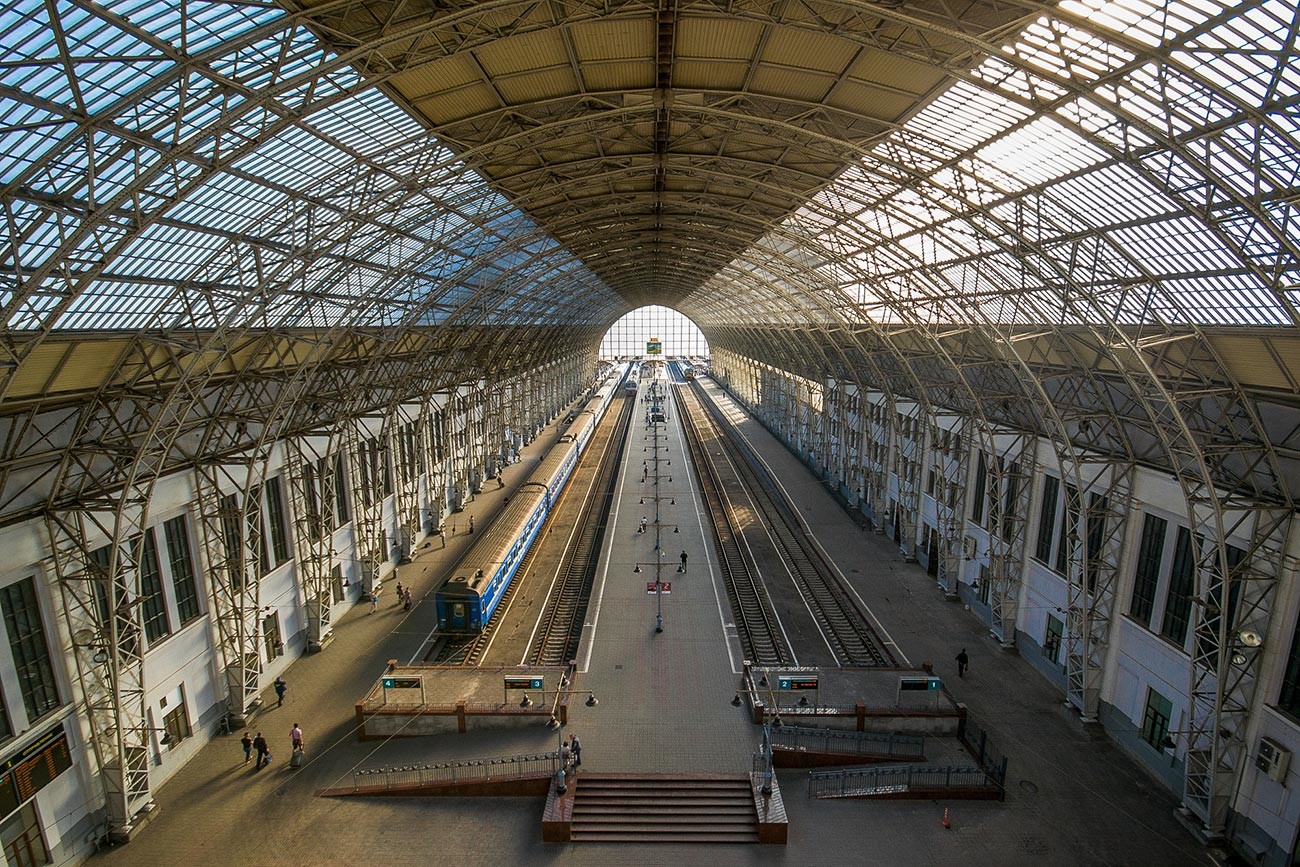 The Kievsky railway station in Moscow. The lattice roof was designed by Vladimir Shukhov.

Parallel with the idea of hyperboloid towers, Shukhov developed his gridshell structures. They were partly used in the towers itself and also were useful for creating transparent, quick-to-assemble roofs over buildings or exhibition pavilions.

Shukhov’s lattice roofs were used in construction of the Pushkin Museum of Fine Arts, Moscow Main Post Office and many other buildings. One of the most impressive roofs was installed in the Kievsky Railway station in Moscow – the total length of the roof is 230 meters (still intact and functioning!). 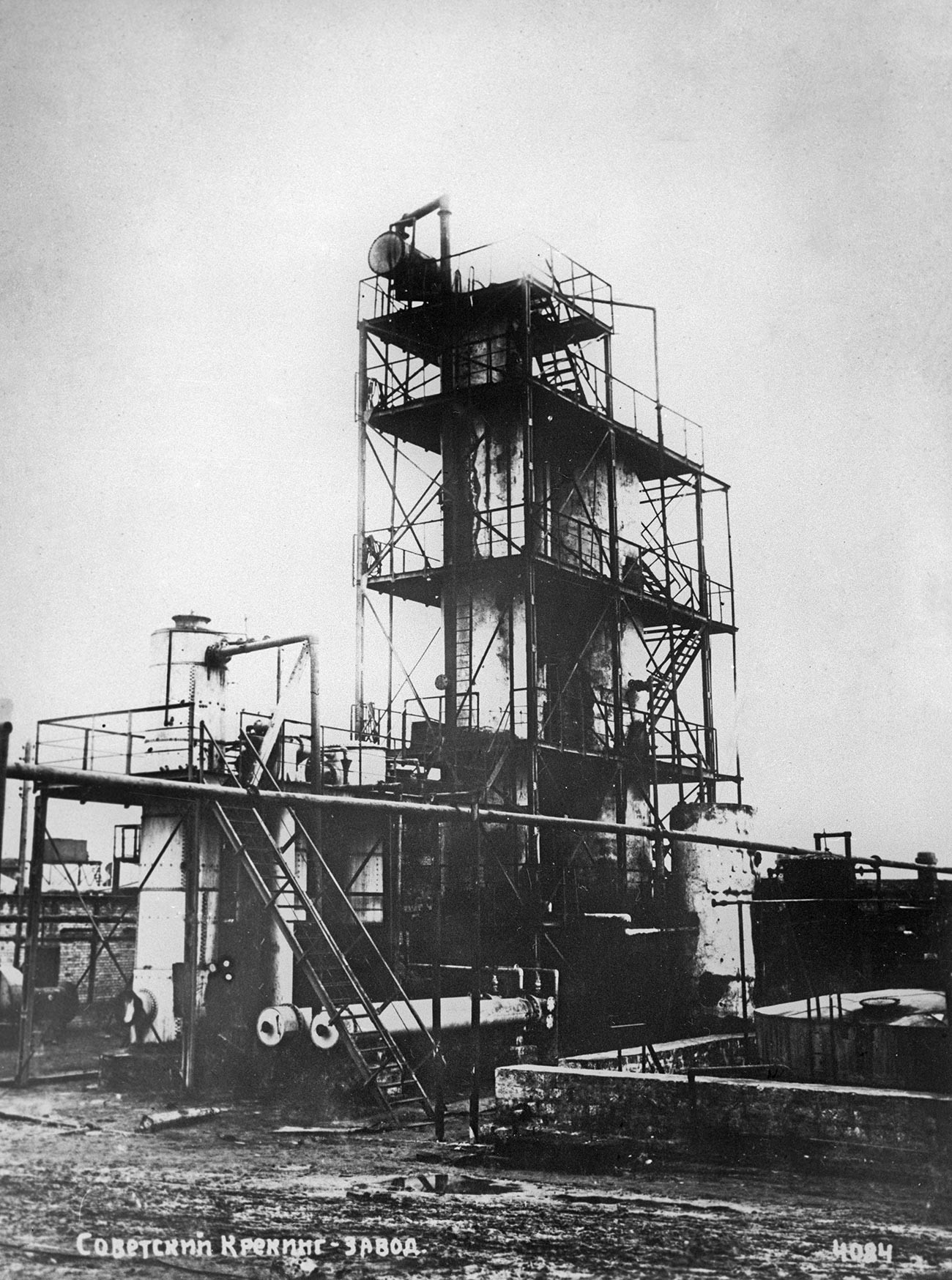 Vladimir Shukhov’s first ever patented invention, created in 1876 when he was just 23, was a steam-powered nozzle for dispersing fuel oil. Later in his life, Shukhov continued the research in oil engines and oil production. In 1891, he developed a continuously operating tubular installation of thermal oil cracking and patented the world’s first thermal cracking method known as “Shukhov’s cracking”. In 1931 in Baku (capital of modern day Azerbaijan), a Soviet oil cracking plant was constructed that used Shukhov’s method. Among its advantages was the fact that both the condenser and the boiler were continuously kept under pressure. 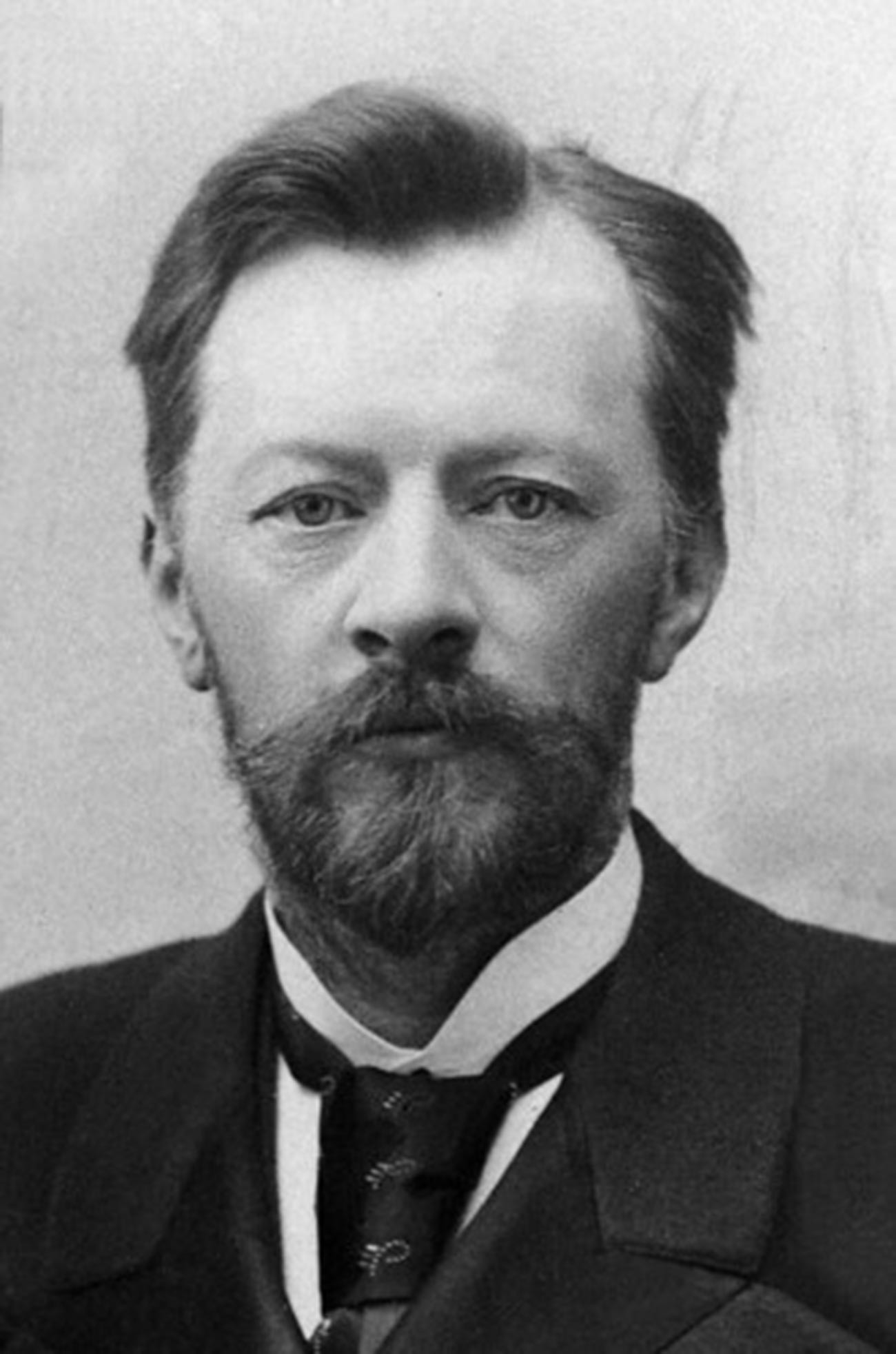 In 1908, American engineers William Burton and Robert E. Humphreys independently developed and patented a similar cracking process. So, when, in 1924, a delegation from the American Sinclair Oil Corporation visited Shukhov in Moscow, Vladimir Shukhov couldn’t help but notice the American method was in fact a variation of his own, which enabled him to proudly state that “the Russian oil industry could easily build a cracking apparatus according to any of the described systems without being accused by the Americans of borrowing for free”.