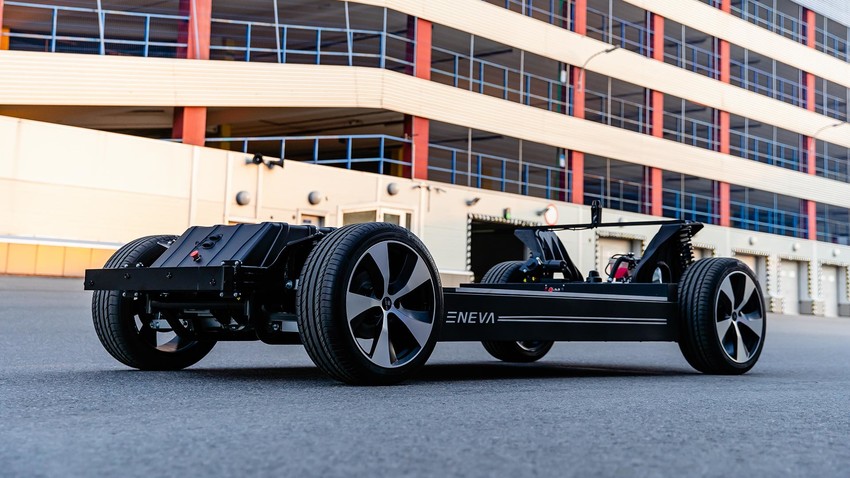 Press Service of 'Almaz-Antey' corporation
The company is diversifying its production and seeks to enter the electromobile market with as many as six car projects.

This platform will be the basis for further electromobile constructions. The company wants to diversify its production and enter the fast-growing market of electric vehicles.

The basis was also created for a potential crossover. The platform already rides on its own or can be manually controlled by an operator. As the ‘Almaz-Antey’ reps mentioned, the military command loves remote controlled vehicles, so, in the future, this electric platform might also become the basis for a new demining machine.

Additionally, the company isn’t planning on just creating “military Teslas” alone. They plan to produce civilian electric cars that could compete with Yandex and Sberbanks unmanned vehicles on the roads of Russia in the coming years.

Electric cars of the future 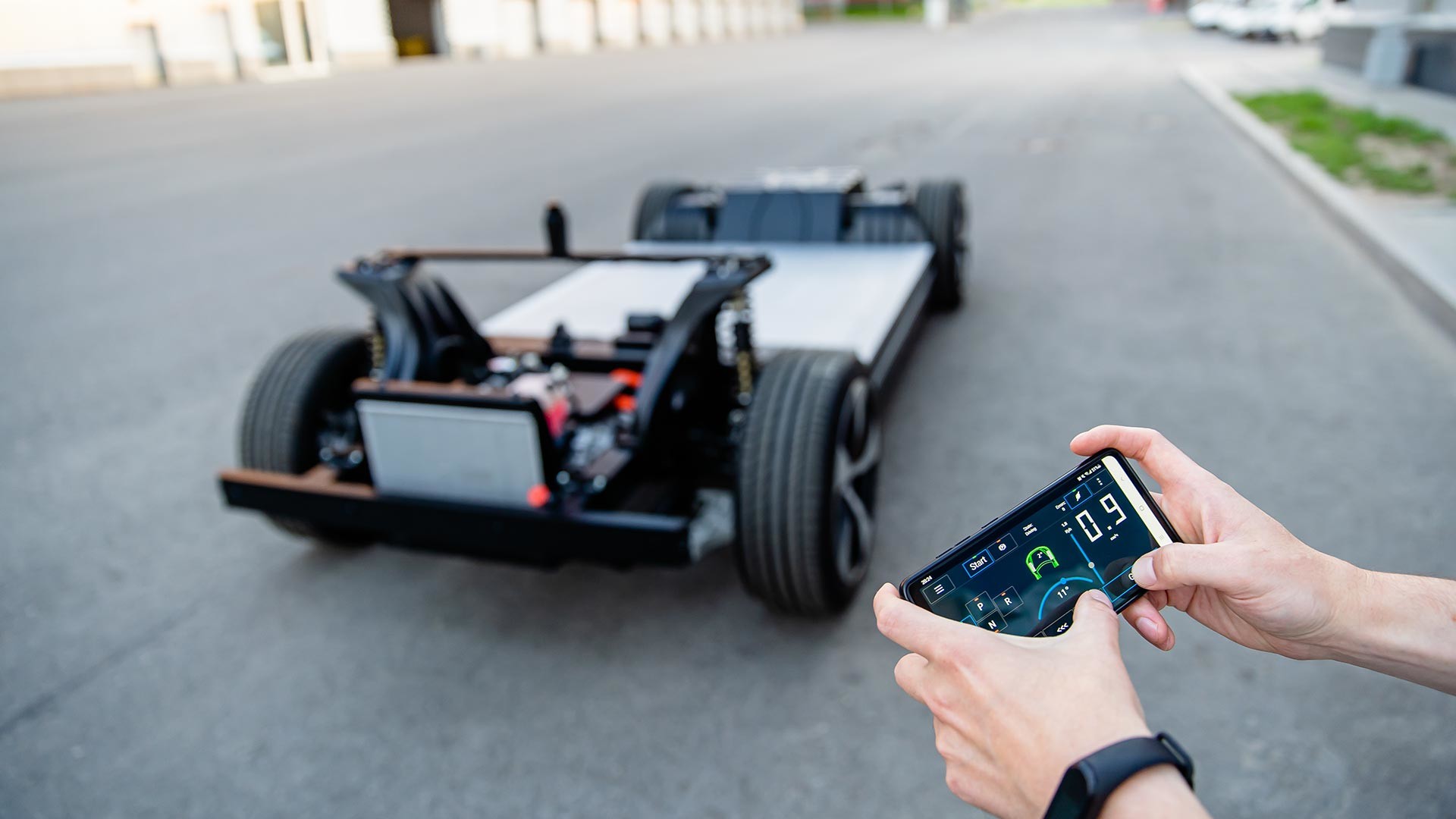 The first is a base auto piloting electric platform suitable for transporting cargo or deliveries. A company can mount up to 1,650 kg of goods on a car and transport it 400 kilometers on a single charge.

The second is an off-road vehicle that can be used for military purposes or turned into a civilian ‘electric X-Trail’.

The third is an electric minibus that would carry up to 12 passengers around a city.

The fourth is a futuristic platform with interchangeable upper modules. A user will be able to automatically change the module from a cargo carrying vehicle into a passenger one. How the concept will be realised in reality is yet unknown.

The fifth is a family style minivan with autopilot mode.

The sixth is a substation for the Kamaz army transport vehicles.

And the final project is turning the platform into a charging module for military drones. The platform will be deployed in war zones during battle operations and will serve as a landing ground with batteries that will charge unmanned aerial vehicles. 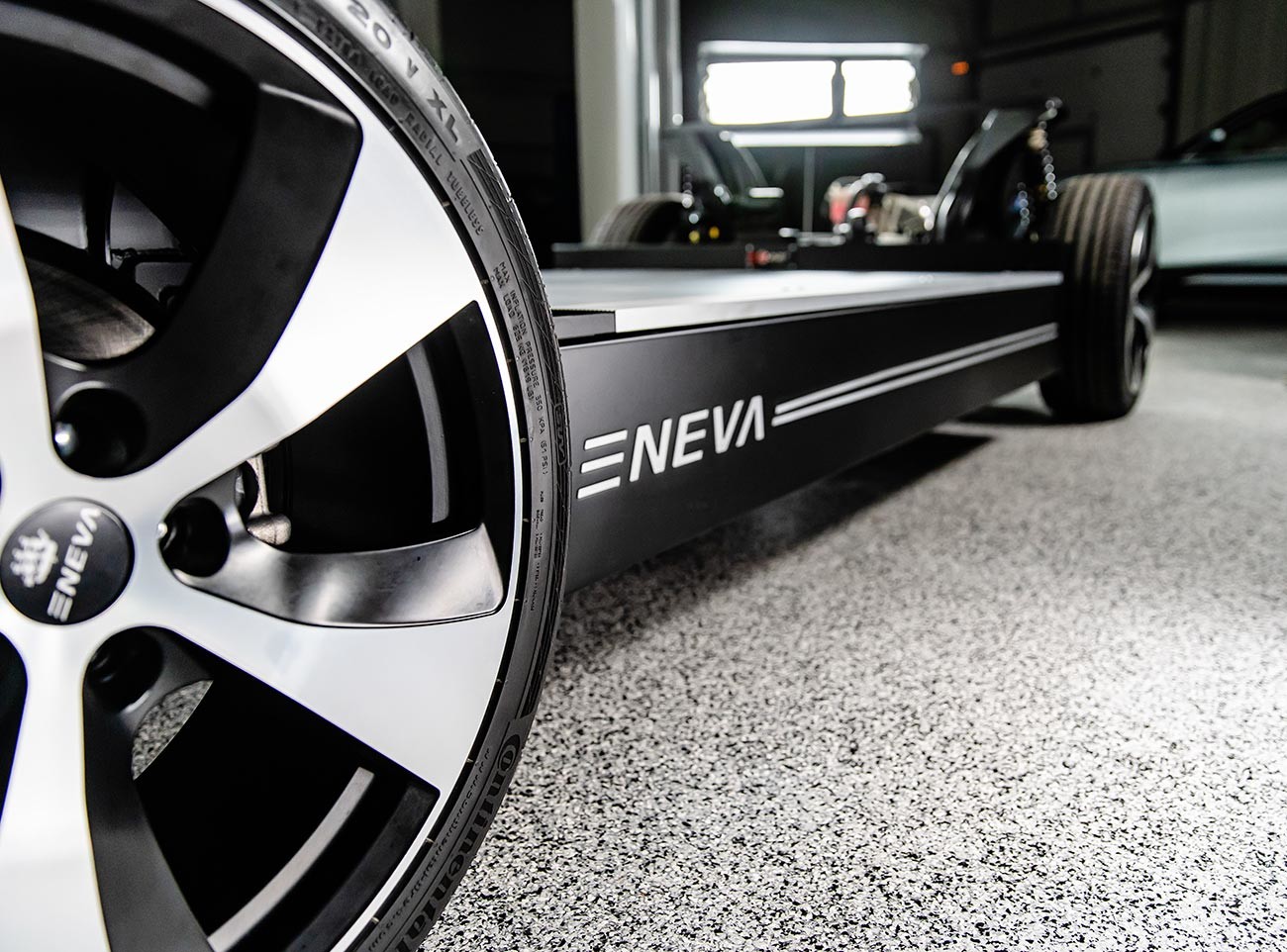 The company is straightforward - the future of this electric platform is vague. They presented the concept for a potential vehicle and now they are looking for investors or partners that would turn the prototype into a real car. They don’t mind if military officials offer them a contract for army vehicles or any international IT or automobile giant decides to purchase the technology.

‘Almaz Antey’s main goal is to turn this platform into an affordable electric mobile car. They’re ready to produce at least 40,000 passenger cars per year. In that case, the vehicle would cost around $35,000 per unit.

However, this audacious plan would only become a reality if the company finds a suitable investor or a partner. Otherwise the concept will remain just that - a concept.