Russia modifies its helicopters after Syrian and Afghan military operations 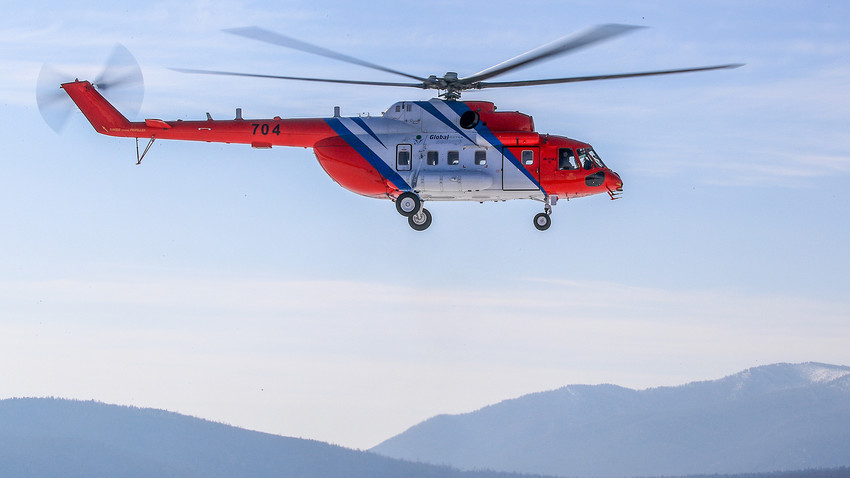 Sergei Bobylev/TASS
The world’s most mass-produced helicopter is to be upgraded to conduct military operations in the highest mountain regions of the world. And even the Americans have bought it.

Russia plans to “teach” its serial Mi-171A2 helicopters to operate and conduct operations at altitudes of up to 5,000 meters in mountain areas, according to Russian media reports. The tests are set for 2022 and once they are concluded, the updated helicopter will go into mass production.

The Mi-171 represents the latest modification of the world’s most mass-produced helicopter, the Mi-8. It is widely used in Latin America, the Middle East, India, Pakistan and was even a part of the American operation in Afghanistan.

“The U.S. Army bought [a number of] these machines in 2011 for its war in Afghanistan to operate in mountainous terrains, as their ‘Chinooks’ weren’t suitable for that. Our machine was cheaper and more durable to missions in desert areas, as well as in humid and high temperature regions,” says Viktor Murahovsky, editor-in-chief of ‘Homeland Arsenal’ magazine.

As he states, the helicopter was widely used in military conflicts of the last decades and now the time has come to put it through a number of modifications according to the conducted data and meet the criteria of wars of the upcoming future.

One of them is to improve the engine. This would be needed to allow the helicopter to take off and land at altitudes above 5,000 meters, in order to evacuate wounded fighters from the battlefield.

“In 2013, the upgraded Mi-8 flew over the Andes in Peru, reaching an altitude of more than 6,300 meters. At that time, it was like a Formula 1 car, a one of a kind machine that had millions of dollars invested in it. Today, there is an opportunity and technologies to make such helicopters a mass-production project,” the editor-in-chief says.

According to him, such a mass-produced helicopter is made according to the specific wishes of the customer and he believes that the upgraded Mi-171 has a chance to get into the ongoing program of the state armament procurement.

“This summer [2021] at the ‘Army-2021’ Armament Show outside Moscow, it was demonstrated how the helicopter will look after the modernization. The cockpit of the upgraded Mi-171 will be turned into a giant iPad - a huge panel with fully digital controls and the latest navigation system. It looks, to say the least, impressive,” he notes.

The production company also plans to add a set of special individual oxygen equipment and specifically modify its helicopter for the Indian market. This was stated by the First Deputy CEO of Rostech corporation Vladimir Artyakov.