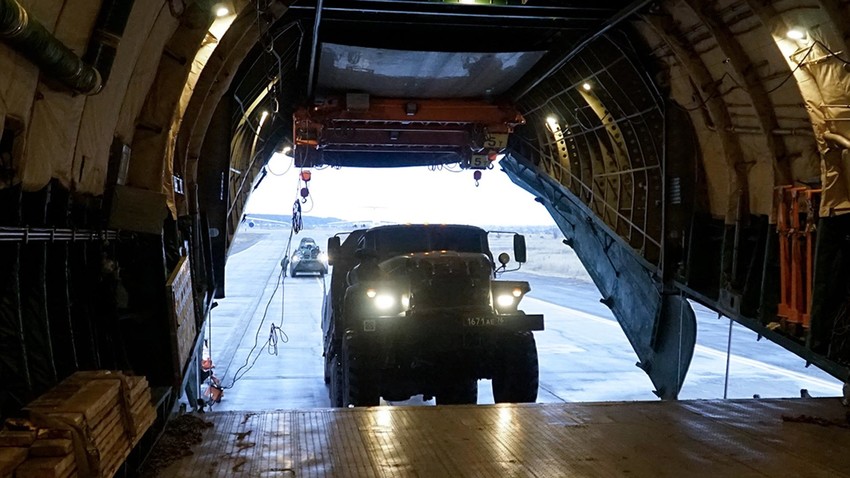 Russian Defense Ministry/Sputnik
These deliveries include weapons, ammo and supplies of enriched uranium.

Exports of classified goods from Russia to NATO and other countries increased dramatically in 2021, according to a report by Russian business daily RBK, citing customs data. Among these countries are the U.S., Czech Republic, Germany, UK, Estonia, the Netherlands, China, India and the UAE.

The deliveries are coded as SSSS by custom service. The goods of this category reflect the supply of weapons, aircraft, nuclear materials, etc.

According to the report, classified exports to the United States rose from $706 million to approximately $841 million.

Most of these classified imports consist of radioactive chemical elements and radioactive isotopes, including supplies of enriched uranium for nuclear power plants. In addition, Russia supplies the United States with ammunition for civilian firearms.

The report also suggests that the latter supplies will drastically drop in coming months, due to the newly introduced sanctions on the deliveries of Russian firearms and ammo to the U.S.

Deliveries of classified cargo to Europe rose, as well. For example, to Germany - from $173 million to $302 million. These numbers mostly include deliveries of “products of inorganic chemistry; compounds of <...> radioactive elements or isotopes”.

But, the biggest surge in deliveries was made to the Czech Republic with a sevenfold increase - from $102 million to $706 million. The county purchased aircrafts alongside spare parts for them, as well as various weapons and ammunition.